can you do one with removable front panels, like the dana4?

Has anyone mounted their S version case on some sort of VESA mount? 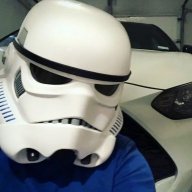 Has anyone got them to ship a case with completely clear side panels? 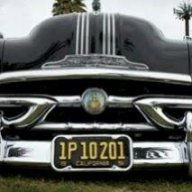 maxdfw said:
Has anyone got them to ship a case with completely clear side panels?
Click to expand...

I have frosted white side panels.
Reactions: maxdfw 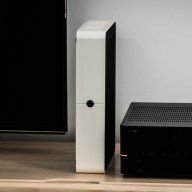 maxdfw said:
Has anyone got them to ship a case with completely clear side panels?
Click to expand...

Sure, we offer clear side panels at no additional cost. Please just mention them in the order notes at the checkout stage.
Reactions: maxdfw

Matt3D said:
Sure, we offer clear side panels at no additional cost. Please just mention them in the order notes at the checkout stage.
Click to expand...

Thanks, one last question before I pull the trigger. Is this part included with purchase?


I'm using a PicoPSU 160XT and need the hole for this connector.

zzmadd said:
I have frosted white side panels.
Click to expand...

Do you have a picture of it?

maxdfw said:
Do you have a picture of it?
Click to expand...

At this link
Reactions: maxdfw

zzmadd said:
here it is...I like this one SO MUCH!!
Modivio xCase XS Red

That little one looks so good! I really hope AMD comes out with a more powerful APU next year.

maxdfw said:
Thanks, one last question before I pull the trigger. Is this part included with purchase?
Click to expand...

Yes it's included with xCase S/SE & M/ME. It's an adapter for HD-PLEX power connector.
Reactions: maxdfw

Matt3D said:
Yes it's included with xCase S/SE & M/ME. It's an adapter for HD-PLEX power connector.
Click to expand...

Awesome, thank you! About to order one.
T

Because here you will find a good PSU : 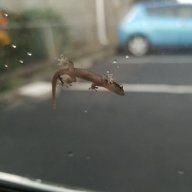 I've had my eye on xCase for a while but never pulled the trigger. The design and customization options seemed great. Since it's such a mainstay, it didn't seem to have the same "excitement" new products carry as projects come and go so that's partially why I just had it in mind.

I had my opportunity to give it a shot when I simultaneously upgraded both my own and my sister's computers. I pulled the i5-7600K, motherboard, and memory from my build and the 1060 3GB from my sister's computer. I figured that would make a good starter build for my brother since he was limping along with a barely-there laptop despite being a CS major. I just kinda missed playing games with him. However, I needed something value-oriented as well as portable. xCase came back to mind.

I reached out to Matt and he very helpfully worked with me to figure out what would work best. After following @Thehack's work, I wanted to use his One2 Distro 400 kit. However, that ruled out the xCase S because there wouldn't be enough room in the front of the case. I also wanted to make it as easy to transport as possible for my brother since he has to fly between home and college. Hence, the xCase M.

I wanted to keep my C7 + Thermalright fan so I got a new cooler for him. He bought his own drives. The day we actually had free to do the swapping of parts, the power transformer for the whole neighborhood went totally out! We actually did some unbuilding and rebuilding with flashlights and cell phone lights. Not the best experience.

We still had to do a bit of rebuilding after I realized I didn't buy a long enough power cable for the J-Hack. But, we eventually got it sorted out to the form you see here. Our dirty secret is the the One2 board isn't actually secured to anything, just cable tension. Everything fits pretty nicely overall. The bonus is that the orange LED on the motherboard and the blue LED on the power boards look quite nice through the vent holes of the xCase.

All these pics were taken in my brother's dorm room, so it made it through the airport none the worse for wear. A great build, a great experience, and most importantly, I can stay in touch with my brother through the medium of digitized, pixelated entertainment.

Bonus: the custom painted mouse he's so proud of.