Seems like there are quite a few SFX-L PSUs popping up lately so I thought I'd compile them all. With the exception of the Dirac unit they all seem to be rebadges of the High Power/Sirfa design so far.

The cables are quite long for SFX and the connectors are wired differently than Silverstone's so you can't use the Silverstone's cable kits.

The Sharkoon is a very quiet unit for a gaming PC. It's barely hearable with your face right next to the case and it remains very cool in my experience, even with heavy games for long periods at a time.

Phuncz said:
the connectors are wired differently than Silverstone's so you can't use the Silverstone's cable kits.
Click to expand...

The photos on Sharkoon's website show the normal connector cluster that all the Sirfa SFX supplies appear to share. What's preventing compatibility?

SilverStone uses a different pinout on the PSU's end than anyone else.

And they seem to be the only one with short cable sets. 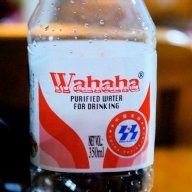 Dirac *should reveal a 700W SFX for Computex.

wahaha360 said:
Dirac *should reveal a 700W SFX for Computex.
Click to expand...

Huh, another uprated Enhance you think?

Welcome to SFN wahaha360 !
Do you believe Dirac will build something we would want ? If even SilverStone has a hard time making a quality SFX PSU that isn't "annoying"
And would it be available outside of Asia ?

I have been lurking around for a while...lol

We are actively trying to get the 700W SFX for testing. However, I suspect there may be other SFX announcements for Computex 2015.

If the unit is really good, I can see it selling on Newegg or Amazon. If not, I suppose we can coordinate with other projects teams to bring this power supply to the US and EU.
Last edited: May 25, 2015

I do think that SFX-L is the way to go with the 120mm fan allowing for much more airflow at the same noise levels.
So I hope Dirac is going to amaze or atleast consider SFX-L.

wahaha360 said:
Dirac *should reveal a 700W SFX for Computex.
Click to expand...

Mind sharing where you heard that from? (If you're at liberty to say, of course).

(If this ends uo being true, and it's any good, that's something I'll very much be looking forward to )

PlayfulPhoenix said:
Mind sharing where you heard that from? (If you're at liberty to say, of course).
Click to expand...

I can't say much, but it's only a week away, so it will be revealed very very soon.

I wouldn't be surprised if other SFX gets announced too - but I have no lead on that.

Fair enough. I'll have a good reason to follow Computex this year!

wahaha360 said:
We are actively trying to get the 700W SFX for testing. However, I suspect there may be other SFX announcements for Computex 2015.
Click to expand...

I may be interested in getting a unit too. Would you be able to get a few units or just one?

SilverStone is flexing its engineering muscle, to woo the compact gaming PC community that the SFX-L form-factor of power supplies have arrived, and ready for multi-GPU. SFX-L is slightly bigger than SFX but significantly smaller than ATX. The company is ready with a 700-Watt PSU in the SFX-L form-factor. Part of the company's new SFX-L G series, the lineup will be lead by the 700W SX700L-G, followed by a 600W model, the SX600L-G. The company pioneered this form-factor with the 500W SX500L-G, earlier this January. The new PSUs will likely have enough juice and straws for gaming PC builds with up to two graphics cards. The two will boast of 80 Plus Platinum efficiency ratings. The company is expected to show them off at Computex 2015, this June.
Click to expand...

Now I no longer have to expend the energy figuring out how to import a Sharkoon to Canada.

Vittra said:
Now I no longer have to expend the energy figuring out how to import a Sharkoon to Canada.
Click to expand...

Welcome to the forum!

Yeah, I've looked into freight forwarding to get stuff from China and Japan that aren't available here and it's not terrible but it's certainly not as easy as just ordering from Amazon or whatever.

I think we'll see plenty of Kimera Habanero cases with this PSU, because it's just a home-run if it performs flawlessly this time around. 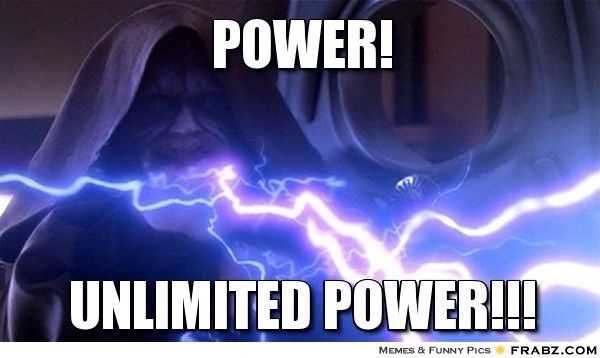 Aibohphobia said:
I may be interested in getting a unit too. Would you be able to get a few units or just one?
Click to expand...

I will try, but no promises. We'll be luck if we can get one unit for free / reasonable pice.

Sirfa/High Power will entertain custom order at 1000 units. Depending on how the SS unit performs - if there are enough complaints, a custom variant of this 700W SFX-L may be something we can try for the SFF Collective.

I wonder if Seasonic has something in the works. I been trying to nudge them the same way we did with Sirfa/High Power, maybe they will take the bait this time...lol
Last edited: May 28, 2015