Also hardware unboxed tested it, it has fine thermals and same frequency as others.

Ok I just sent you guys tracking numbers, can I just ask you to tell me once you receive them how does the package look, since I got a new type of packaging for this case. Thnx!
Reactions: thelaughingman and Gmoney
G

Any chance you could share the dimensions/measurements of the two steel panels? Top removable panel and the rear GPU intake panel?

I have a friend who does wood work and acrylic and want to see if he can laser cut me something for the top. The rear I have a different plan for.

Gmoney said:
Any chance you could share the dimensions/measurements of the two steel panels? Top removable panel and the rear GPU intake panel?

I have a friend who does wood work and acrylic and want to see if he can laser cut me something for the top. The rear I have a different plan for.
Click to expand... 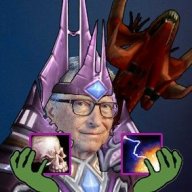 Looks like my case got to customs in NY on Saturday. Hopefully I see it this weekend so I can get to building!
Reactions: riba2233 and r3dacted
G

Yup mine is in NY customs too. I've got my Noctua 200mm fan coming in a couple days so also hoping the case arrives by the weekend.
Reactions: riba2233 and jauris

Any update on the dimensions of the top and rear steel panels?

Gmoney said:
Any update on the dimensions of the top and rear steel panels?
Click to expand...

Hi, there you go

Thank you that really helps. My case was delivered today out of no where so excited to get home and check it out.
Reactions: rfarmer

Ok so if anyone is having issues with installing the IO shield or MBO, please don't panic, it does fit indeed, you just need to angle the MBO so that the shield can go further into the IO cutout, it is by design so that the case can be as narrow as possible.

Here are some pictures of how it should look after installing:


I will do my best to update the manual, should have been more precise from the start, sorry!
G

Ok I got my build complete and the case is sitting on my desk right now. 12900K + 3080 Ti, testing temps now. There were quite a few struggles getting everything to fit but I'll post some pictures and build experience a bit later today.

It's really not that much bigger than my H1.
Reactions: thelaughingman and jauris
G

Alright so straight to the point. riba2233 is spot on in his design and assessment of the cases thermals. It's hugely impacted by the top exhaust and the rear GPU ventilation area is very little if any bottleneck. I'm using a Noctua 200mm as exhaust set to 850RPM.

As you can see there is a massive difference with and without the top panel. This applies to every component except CPU really, my DDR5, NVME, PCH, etc. As soon as you remove the top, temps immediately plummet within 45 seconds. Removing the rear panel has a negligible effect of like 1C/75RPM on GPU thermals.

The case literally sounds like a wind tunnel with the 200mm fan going full bore. For me 850RPM is way too loud. So 60-65% is my threshold (600-650RPM or so) but temps go up. The case is extremely sensitive to the speed and restriction of the top fan.

Now as I mentioned there were some real issues with install. Here is the complete build on the removable tray:


The first problem was that my motherboard did not fit at all:


IO shield was impeding the motherboard standoffs from lining up.


I removed the IO shield (hate doing this as it's ghetto in 2022) but it still wouldn't fit. Turns out the brace on one side of the motherboard tray has rivets that protrude and one of them was making contact with the backplate of my motherboard. I ended up going out and buying a rotary tool to file the rivet down only to discover the motherboard still didn't fit. This time I had to actually trim the IO shield which really upset me because it's a expensive board and MSI will not let you purchase a replacement and I like to keep my stuff like new for resale.


I also tested the Asus Z690i and that board will never fit as the VRM protrudes beyond the motherboard PCB slightly.

Next problem was that I could not install the CPU 8 pin cable because of that dreaded brace. Good thing I bought that rotary tool because I used it to mutilate my custom cable just for this case:


Overall the case is great and there really is nothing else like it. I knew going in I'd likely be a beta tester but just hoped not to this extent.

It has passed my test of handling a 150w+ CPU and 300w+ GPU no problem.
Reactions: dealda and rfarmer

Ouch, that's tough. I *think* I should be ok with my Strix X570-I as the 8pin is in a slightly different location, but I may need to get that rivet as well to screw it in. We'll see when it shows up - did your tracking update at all from customs to delivery?
G

jauris said:
Ouch, that's tough. I *think* I should be ok with my Strix X570-I as the 8pin is in a slightly different location, but I may need to get that rivet as well to screw it in. We'll see when it shows up - did your tracking update at all from customs to delivery?
Click to expand...

It updated from customs to delivery upon delivery lol.
R

will report if I have any fitment issues (though I have an asus x470i which is older). I wonder if there's any chance for someone to fab a less restrictive top panel at some point.
G

If you're in America, there are creators on Etsy who will do it for $20-30 using acrylic although it will be 0.5-1mm thicker which I don't personally see as a problem. The stock top panel is very thin likely to make it possible to push the hidden power button easy as the thinness allows that corner of the panel where the power button is located to flex when pressed in.

I think the existing top panel was a compromise of max airflow and not making it possible for stuff to get caught in the spinning fan blades. I would have personally not cared for it to be even more open like one of the hex designs below available on Etsy.

I was able to assemble my PC in the new case after I got off work today. Thermals are pretty on point, like Gmoney has said. I am running a noctua intake on the bottom and a 180mm silverstone exhaust fan.

Now, some notes on the build:

The fans blades on both the top and bottom fans came loose in shipping. The bottom one was fine and I could simply pop it back on, but the top fan broke a blade off when it came loose. I was planning on replacing both fans anyways but this is a real bummer. You may want to include the fans in the box in their original packaging rather than pre-mounted to the case.

I was able to get my IO shield mounted but with much more struggle than I am used to. I am skeptical that I would have been able to successfully install my motherboard if it had the built in shield. I didn't run into issues with the rivet on the brace, but if my board was more built up like a Z690 I can definitely see issues.

There is no realistic way to plug in the power switch after installing the PSU + cables. I have an SF750 and I had to get the switch in before hand or it would have been impossible. This *could* be specific to the placement of my 24 pin connector and front io pins, so YMMV. This made the rest of the assembly a little tricky but not too bad.

Installing the GPU was easy, no complaints there. Sliding everything together was also pretty hassle free, but I did have to do a spot check before closing her up to make sure no cables were caught in the top exhaust.

Overall, I like the design of the case and the finish is great. There are some minor issues, but nothing that would stop me from buying a later revision.