Other What's on Taobao

rainmaker33 said:
I understand some of those tiny 40mm fans are noisy. But since I am powering just a 65W APU processor, maybe about 130W for the whole build. With a 300W Flex 1U PSU, the power supply should not get too warm or working too hard. I think I am comfortable with replacing the fan with a completely silent Noctua fan or quiet fan. And as you mention, Flex 1U PSU are more easily available.

That's the thing, unless the PSU is modified to use a Noctua or other explicitly low-noise fan, it's likely to be noisy no matter what, at all loads. FlexATX is a long, thin and highly restrictive form factor, so it relies on forced airflow for all cooling - there's no way for it to dissipate heat passively or semi-passively. Thus the fan is likely to run at all times, and most 40mm fans seen in FlexATX PSUs are (very) high RPM high pressure fans - a necessity due to the restrictive layout of these PSUs. As an example, here's from AnandTech's review of the Silverstone FX500: 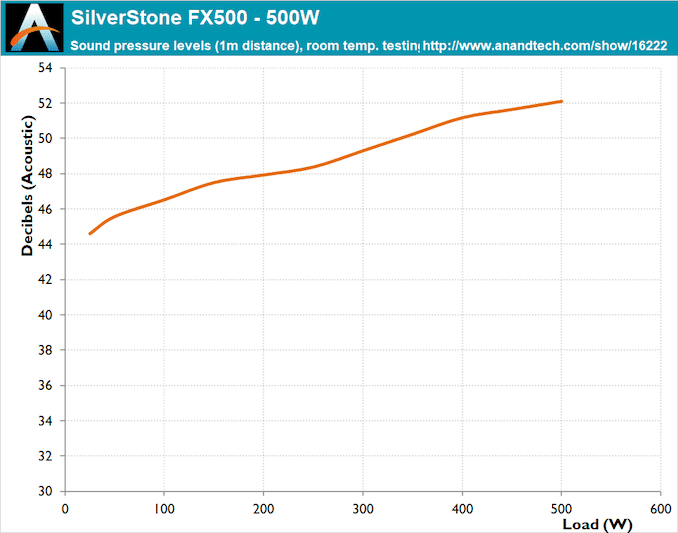 As you can see, it's at ~45dBa even at extremely low loads (measured at 1m distance, i.e. about as close as you're likely to sit). That is already as loud as a pretty loud GPU, though likely at a much higher pitch due to the smaller fan, and thus likely to be more annoying. This is pretty typical behaviour for a FlexATX PSU, and sadly is an inherent trait of the design. Swapping the fan for a Noctua or similar quiet fan can help, but also comes with the downside of decreased cooling (and thus potentially overheating under high loads). FlexATX just isn't a particularly good standard for consumer desktop usage.

As AT puts it:

In terms of noise, the small 40 mm fan practically is a nightmare for anyone used to working with typical PCs. The small fan outputs 44.6 dB(A) worth of sound pressure while the PSU is running at a near-idle, and it surpasses 52 dB(A) under a maximum load. For comparison, a small hand-held vacuum cleaner outputs about 45 dB(A).
Click to expand...

Hardware Thursday at 8:19 AM
REVOCCASES