ASRock’s B550AM Gaming motherboard has been sighted, but rejoice ye not, as this board has a pair of caveats that make it less news worthy than I originally figured. Firstly, the B550A chipset is a rebrand of B450. Secondly, this board at the time of writing appears to be for OEM only markets.

So, with that out of the way, let’s look at some interesting features –

“The AM4 socket is wired to four DDR4 DIMM slots supporting dual-channel DDR4 memory; the board’s sole PCI-Express 4.0 x16, and an M.2-22110 slot that has PCIe 3.0 x4 and SATA 6 Gbps wiring. The only other expansion slot is a PCI-Express x4 wired to the B550A chipset, which is likely gen 2.0. Other storage connectivity includes six SATA 6 Gbps ports. USB connectivity includes two USB 3.2 gen 2 ports (from which one is type-C), and six USB 3.2 gen 1 ports (from which two are by headers). Network connectivity includes WLAN (likely 802.11ac), and a 1 GbE wired interface. The 6-channel HD audio appears to be driven by a premium Realtek ALC1220-class CODEC. There are two 4-pin RGB and one 3-pin ARGB headers. The company didn’t reveal pricing, or whether this board is even available in the retail channel, given that back in October we heard that the B550A was an OEM exclusive.”

All in all, a B450 board with new branding and the ability to run PCIe 4.0 cards in the x16 slot (wired directly from the CPU). 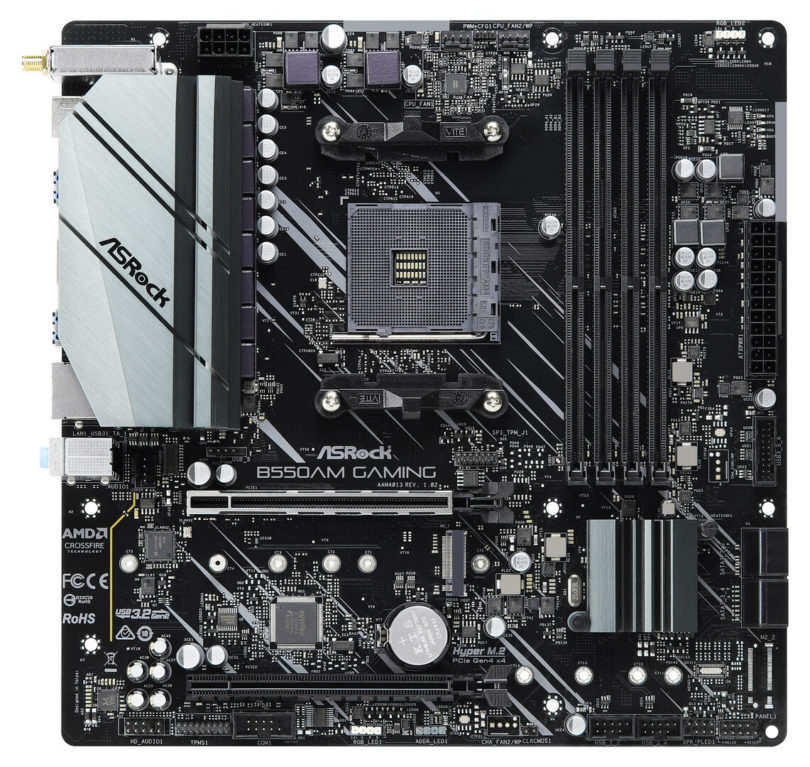