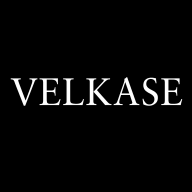 Atlas said:
So how did all these specs change (from the prototype website)?

It’s actually not finalized yet so I will have to share that later, otherwise there will be several sets of conflicting specifications.
320 mm long GPU and 7.9 L volume mentioned previously are some of the goals.
Reactions: Atlas
D

Hi, I bought one of the test units awhile ago and managed to lose the PSU standoffs. do you happen to have anymore in stock or a suggestion on ones that will work as replacements?

Diamorif said:
Hi, I bought one of the test units awhile ago and managed to lose the PSU standoffs. do you happen to have anymore in stock or a suggestion on ones that will work as replacements?
Click to expand...

Unfortunately I do not spares to offer but they can be purchased separately on other sites. They just need to be 1 inch long and have a 6-32 thread on both the male and female ends. I would suggest checking Digikey and Mouser for replacements.
D

great thank you so much
W

Small background story
This is actually my first post on sff.net.
I had an eye on this project for over one year and finally decided to spend a small fortune on this case.

"Was it worth it?" you may ask. Absolutely I would say!

It replaced my SSUPD Meshlicious that I used for 1.5 years. Before that I had a Cougar QBX, Louqe Ghost S1 and a Cube X1.
The build took my some nerves and about 2.5 hours to complete.

Positive feedback
- Overall build quality is insane. None of the cases mentioned above come even close to the quality of this case. The case is built like a tank. There is no flex on any materials. Tolerances are on point.
- The design is unique. I love especially the illuminated power button and the clean front.
- There is no space wasted. The PSU almost melts into the case because of how perfectly it sits between the silver support struts.

Suggestions
- Some instructions would have helped me a lot - at least the best order of assembly. I had to take the case apart and start again twice.
- Despite previous explanations in this thread, I could not get the feet attached. For me, the holes did not line up with the honeycomb pattern pefectly. The good news is: the case does not tend to tip over even without the feet (at least not on my desk which is made out of concrete).
- The power chord tail exiting on the top of the case looks a bit messy.
- The biggest problem during assembly was the routing of the GPU power cables. I managed to close the case, but the cables are really bent and squished now. Does not feel quite right to me, but it works. I saw that there are some 90° angled power connectors available but I did not find the perfect solution yet. Maybe simply carving out a piece of the plastic housing would already help a lot here. One side effect of the cables is that the GPU is slightly bending towards the left side of the case.


Build instructions (that worked for me, might be helpful for others)
1. Take the entire case apart
2. First install the PSU to the top panel
3. Route the power chord to the back of the case (for me through the front)
4. Install the (pre-assembled) mainboard which already has RAM, CPU, CPU cooler and PSU cables attached to it
5. Plug the GPU riser card into the mainboard (but wait to tighten the screws until the GPU is in place)
6. Install the GPU (plug into riser, screw the metal PCI bracket from the outside)
7. Tighten the screws of the riser card (gives stability for the GPU)
8. Squish the bottom part
9. Install the two vertical silver bars to the front
10. Install the side panels
11. Install the front panel and connect the power cable (this was tricky because there is literally zero space between mainboard and CPU)

Quickly about the feet: just rotate the stainless steel bracket 90 degrees if the holes don’t seem to line up.

The grid spacing is different horizontally and vertically due to the honeycomb pattern.
Reactions: wipefox and rfarmer
D

VELKASE Michael said:
Hi, feedback is always welcome. It's useful for other cases too.

The design of this one has changed significantly and is looking to be 7.9 L with triple slot 320 mm card support, different I/O, and other more refined features. A new sample should be ready in about 2 months and then the first batch will be scheduled.
Click to expand...

Only the shown model is currently available so the 3090FE will not fit, sorry
3

Could you give an ETA on when the final 7.9L version will be in production ?

3090FE said:
Could you give an ETA on when the final 7.9L version will be in production ?
Click to expand...

Unfortunately, I cannot as much as I’d like to be able to. Everything is in flux.
A

VELKASE Michael said:
Unfortunately, I cannot as much as I’d like to be able to. Everything is in flux.
Click to expand...

Will additional feedback aid you somewhat?

And is it save to say that the 50 mm CPU cooler height won't grow in your newest/final version? But the RTX 4090/4080 FE (at least with flexible 3rd party power cables) should fit, right?

And is it save to say that the 50 mm CPU cooler height won't grow in your newest/final version? But the RTX 4090/4080 FE (at least with flexible 3rd party power cables) should fit, right?
Click to expand...

CPU cooler clearance should stay in the 50 mm ballpark, 4080/4090 FE might fit but can’t confirm yet as the design is not finalized. I can still use feedback, if not for this exact case then for a revision of it should it come to that.
D

Happy to provide my feedback. The v1 prototype is by far the best console case I've used other than my Salvo S402, but that us also 9.5 liters and long out of production. The fit and finish are amazing and ventilation has made it reall one of the few cases that lets my reference 6800XT run at decent temperatures. I do wish there was a touch more cooler clearance, 53 to fit on of the full black axp 90 or 55 for on of the ID cooling 120mm coolers would be my preference but that is also subjective. The only real bugbears I've experienced are that the assembly/disassembly can be a a bit of a pain (the front panel needing to hang while unscrewing the side panels is precarious and an accidental drop killed the included the provided power button) and the power extension cable could be longer (mine currently has to be routed across the middel section of the GPU to reach). A power button that detaches at the panel and a longer internal cord would be welcome, but they are small annoyances to an otherwise amazing design.

Edit: The case feet are also not ideal. easier panel mounting or a separate stand would be a feature that i think would solve this relatively easily.
Reactions: VELKASE Michael