gustav said:
What does dmesg reporting? Are there any enteries grepping for usb!?
Click to expand...


my kernel setting is:
rw loglevel=2 quiet audit=0
I dont know if i something not log, because log-level

so, after auto-crash-reboot(?) i seen in journalctl -xb, but there was nothing special
Reactions: gustav
R

What USB sound card are you using? and why? no cable? or are existing better USB sound cards as onboard chip? (Trouble with USB Sound card with X300 with firmware 1.58 or just with 1.60?) I have one for just 5 Euro, but it is in a raspberry pi and I´m not interest in test it with Deskmini, because my sound is ok and I do not know some super special deluxe usb sound cards.
Click to expand...

I have a sound mixer which has USB, so i use that.
Regarding your reboots, you can try lowering the memory speed and see if that fixes it. I had some reboots after trying to increase memory speed, so, that may help.
S

catawalks said:
Running this board on 12v is 100% possible and has been done by several people, including me. I have a build using a 12v rail from a Flex ATX PSU to power this board. And like I said in my other post, since you can already power the board off a 12v rail from an ATX or likewise PSU, then you can use the rest of the SATA connectors on that PSU to power whatever drives you wanted to add to the expansion card. And even if you only use the 2 on board SATA ports for 2.5" drives there are still plenty of options out there for ~4TB and up SSD drives depending on how much money you want to burn.

Again, it's all technically possible with enough imagination and effort. It's definitely not practical in any way, but still achievable, hence the original joke.
Click to expand...

Your build is crazy haha.

I just picked up an X300TM-ITX and planned to use it in the In win B1 (temporarily), which comes with a 12v PSU.

Now I've just spent the last couple of days transplanting the inside of a 19v 300w hdplex into the case of the PSU the in win comes with. Am I correct in thinking that was a waste of time and it could have just run off 12v?!
Reactions: catawalks 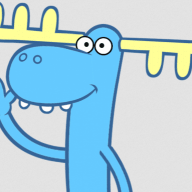 xcloudx said:
Thanks for the feedback Tom. From what i know 69 is pretty high tough. My current laptop under load don't exceed 42°C. What is the temp on the first nvme during normal everyday use (browsing, ecc) ?
Click to expand...

As known, neither on A300 nor X300 standby (ACPI S3) does work/is available when a Ryzen 4XXXG (Renoir) is installed.
Many users had the assumption that this is due to the PRO cpu. Me too, as AMD explicitely states on their website that standby is disabled by default on PRO cpus for security features.
However, other users confirmed that on other motherboards standby is working well, also with Renoir PRO cpus.

I had the chance to get a NON-PRO Renoir 4300GE. So i checked out this thesis with an interesting (and depressing!) result: S3 does still NOT work (is unavailable, see screenshot below:

Conclusion: The unavailable standby has nothing to do with the PRO cpus, but with Renoir in general!

Therefore, I'm really angry: with respect, ASRock gives a f*** about their customers!!! Non working standby on renoir still not fixed, not even on X300 (which officially supports Renoir). Ridiculous how such basic feature is "not available"!!!
PS: Coil-whine - also never fixed!
PPS: Some users would call it scam that they sell the X300 which is basically the same as the A300 (mainboard with sticker).

--> If there was an alternative I would never buy a Deskmini again. Unfortunately, there is none real...
Click to expand...

Well i think S3 I don't need. You can destroy a ssd with chia Mining but hybernate is a joke . On my x300 only works hybernate too with 4000 pro cpus. maybe i think you need non pro cpus that s3 works on renoir. hybernate works fine for me . PS the standard setting is hybrid standby in Windows 10 . this means he make Hybernate and Standby together. as in standard. With 3400g that i testet on x300 board s3 works fine. 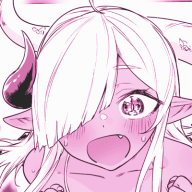 @alles_alles please use DeepL agaist your typing
Please stop with with pro and non pro non sense. Or read afterwards what you're writing.
With such behavior your statement has no meaning except misleading people. Thanks. Nothing personal, just criticism on your behavior.


@D3NPA but you still see how much better the memory controller is, right? It booted even at 3400 but power rails and no oc on Renoir is as bummer. Not even the auto increase at 3200 with +0.1v -- would work like a miracle! Would not wonder if it would do 3400 ok.

Maybe we could reprogram the VRM controller via i2c or uart to behave differently. (You may have seen this alreat on GPUs, to increase power limit)

Maybe there are datasheets/specs on the VRM Controller since we know it's generating 3 phases using 3 MOSFETS pro each VRM, which are going to the coils (5). So we could "overdrive" them with custom current.

But only 2 of them - the SoC and APU related ones. CPU is running pretty fine. No need to touch those

Personal note on the mining subject: it's only negative for us - costumers and consumers. First GPUs and now Storage because it hashes your free space. It should be regulated. Of course manufacturers will make profit. And profit is profit.

1usmus dram calc ask me to enable Power Down Mode
don't do that
your latency will increase, mine goes up to 77ns from 67

Last point i will "perhaps" testing, if I demounting the Deskmini, if I find a usb rgb hub adapter ,because 1.58 works at me.

for a better RAM speeds you should probably set trfc2 and 4
guides tells that it's useless on amd platform
but
mine RAM was ~2Gb/s slower with Auto (AIDA64 Write test, can fluctuate)
latencies was a bit worse too

You have some nice timings there!
Same BIOS - I should try it out.
Can you please post your (full) memcalc values? Would appreciate

but who knows, maybe once a used cezanne apu will make its way into my old little a300 somehow? beta bios support or x300 port still possible
Last edited: Jun 10, 2021
Reactions: D3NPA
C

I just picked up an X300TM-ITX and planned to use it in the In win B1 (temporarily), which comes with a 12v PSU.

Now I've just spent the last couple of days transplanting the inside of a 19v 300w hdplex into the case of the PSU the in win comes with. Am I correct in thinking that was a waste of time and it could have just run off 12v?!
Click to expand...

Lol, I wouldn't say it was a complete waste of time. You get some experience and have a thing you can use elsewhere if needed. But yeah, you can definitely run the board right off of 12v without issue. My A300 with the 4750G runs without issue off a 300w Flex PSU. As far as I know, the X300 motherboard should be pretty much identical and you could have been done with just the 12v PSU that came in the case.
A

please don't buy it
A

The Crucial Ballistix 3200Mhz CL16 are doing a fine job in mine. They come with Micron E-die and handle OC very good.
A

akisu said:
The Crucial Ballistix 3200Mhz CL16 are doing a fine job in mine. They come with Micron E-die and handle OC very good.
Click to expand...

I don't have a choice, all of 3200Mhz in my country only available in CL22.
And the brand are limited, only Kingston, Adata, Team, Patriot & Corsair.
A

A300 said:
I don't have a choice, all of 3200Mhz in my country only available in CL22.
And the brand are limited, only Kingston, Adata, Team, Patriot & Corsair.
Click to expand...

Some stores in other countries offers international shipping. May be more expensive and also depends a bit where you live.