This is probably a hair later than it ought to have been, but please find below a basic setup guide for the Dynamo Mini / Dynamo 360 DC-DC combo:

1.) First things first, make sure the Dynamo 360 has its jumper in the correct starting position. In most cases that will be over the two jumper pins closest to the DC-IN header as shown here. While the unit should ship with the jumper in this position by default, some units have shipped with the jumper in a hardware baggie which means you need to install it yourself. See photo below for the correct position:

2.) Once you've ensured the jumper is in the correct starting position, proceed to hook up the other items in accordance with the photo below:

It is important to note the following before powering up your Dynamo Combo for the first time:

- The Dynamo 360's DC out plugs into the 4 pin pigtail on the Dynamo Mini by using the black and yellow 4 pin cable that in enclosed with your Dynamo Mini. PLEASE do not plug this cable into one of the two 4 pin headers directly soldered to the Dynamo Mini's PCB. Accidentally plugging into the wrong port on the Mini can and likely will cause irreversible damage to one or both units.

- SATA can be powered by either the Dynamo Mini, the Dynamo 360 or both. This is entirely your choice.

- The Dynamo 360 has two 8 pin ports on the 12V end (right in the photo above). One is marked as PCIe while the other is marked as CPU power. This is a mistake in PCB marking and while you could hypothetically power the EPS header on your motherboard from here, it is strongly recommended you do so from the 4 pin to 4+4 pin EPS header on the Dynamo Mini. These are both intended to be PCIe 8 pin power headers.

- The Dynamo 360 comes with a 6 pin to 6 pin cable that is meant to plug the DC-IN header on the Dynamo 360 into the HDPlex 160W AC-DC or HDPlex 300W AC-DC. It is not intended to serve as a 6 pin PCIe cable. While it should be electrically compatible with the PCIe slot on your GPU, I would again suggest that you use the correct cable for the job which is the PCIe 8 pin to double PCIe 6+2 pin cable, two of which ship with the Dynamo 360
Last edited: Mar 16, 2018
Reactions: WadeAK78, Nichronos, EdZ and 8 others
S

Great guide @Kmpkt
But as I am not an experienced to much, could you please explain it to me that:
1) Is it a must that the Dynamo mini 24 pin be connected to the mobo or one can connect the Dynamo 360 24 pin?
2) And is there any difference these two chain types?
3) In what wattage the Dynamo mini and Dynamo 360 get very hot? (their limit/peak)
4) Is an easy passive cooling method improve this peak?
5) Can one chain two Dynamo 360 for more power?

Sorry for the large number of questions.
Thanks

Yes. In my system the Dynamo Mini is required to manage the 24 pin end of the power system. The only way you can use the Dynamo 360 as a standalone is with a motherboard that has its own barrel connector or DIN connector (ie. AsRock Deskmini or Intel NuC).


sajjad7 said:
2) And is there any difference these two chain types?
Click to expand...

Not sure I understand this question, but I think I answered it above


sajjad7 said:
3) In what wattage the Dynamo mini and Dynamo 360 get very hot? (their limit/peak)
Click to expand...

I suppose you could make your own larger heatsink and swap it, but in practicality I'm not sure there would be a huge improvement in performance.

Hypothetically yes as the traces on the PCB are meant to handle this. I think where you could run into a problem is with the Molex connector pins as this would likely be pushing the upper limit of their rated wattage. There are some higher amperage variants of the connectors that would likely be almost necessary for this, I believe they are called Mini Fit Plus.
Reactions: Soul_Est, Nichronos and sajjad7
S

Thank you so much. Excellently explained.
T

Is there a setup guide just for Dynamo 160 mini? Thanks

I am working on it, but life has hit a nasty bit of a hitch for me of late. Hoping to have installation guides for both units out this month.
Reactions: Soul_Est, VegetableStu, WadeAK78 and 2 others 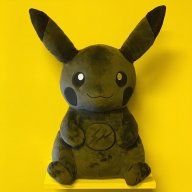 So this combo will handle 520 watt system?

Yes, provided you have an AC-DC solution capable of powering it.
I

I don't see why not. Provided the jumper is set to "always on" mode this should work fine.
I

Kmpkt said:
I don't see why not. Provided the jumper is set to "always on" mode this should work fine.
Click to expand...

Thanks, Dynamo Combo is cool, but Dynamo 160 might be blocked by memory slot on my MB. So I am considering using my 12V-DC-ATX.
If Dynamo 360 is always on and I am using another 8pin 12V from Dynamo 360 to power my GPU, the GPU might be hurt in my understanding.
Is that possible to do it in safe way?

I do not believe that your GPU will be hurt as long the 12V DC-ATX and the GPU aren't attached to the same 8 pin header on the Dynamo 360.
Reactions: Soul_Est 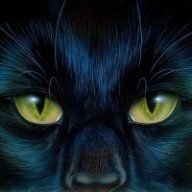 I would like to see a study of the output voltage under load on an oscillograph for pulsations, interference and their level.
Reactions: cleveland
X

You can just use a 4 pin to 4 pin and plug it into the 4 connectors on the 6 pin into which it fits.
X

Kmpkt said:
You can just use a 4 pin to 4 pin and plug it into the 4 connectors on the 6 pin into which it fits.
Click to expand...

I can’t find any 4pin to 4 pin cables online
Can you post a link to one?
X

Kmpkt said:
You can just use a 4 pin to 4 pin and plug it into the 4 connectors on the 6 pin into which it fits.
Click to expand...

I have tried to follow your instructions but it doesn’t work is there a video I could follow?
Or someone to call to help me figure this out

Hoping to post my install/support guide to forums tonight.
X

Is the size of the Dynamo 360 shown anywhere?