I'm opening this thread in an attempt to provide buyers with a place to come when they experience problems with the use of their Dynamo Mini and Dynamo 360 products. Please feel free to describe your problems in this thread and I will do my best to help you solve your issue. If we are able to find a satisfactory fix, I will then link back to the solution at the top of this thread.

1.) When trying to start the Dynamo Combo the Dynamo Mini works perfectly while neither 8 pin PCIe nor the SATA power port on the Dynamo 360 will output power:

- In this case, you most likely have forgotten to install your jumper or have the jumper on the wrong pins.

- When the jumper is properly installed on these two pins and power is supplied to the Dynamo 360, a blue LED will illuminate on the end of the board with the PCIe ports.

- If there is no jumper installed, then the PCIe and SATA headers on the Dynamo 360 will be deactivated and no blue LED will be seen.

2.) When using the Dynamo 360, I experience artifact noises when using my onboard audio

- The simplest way to alleviate this problem is to try first swapping the AC cable from the wall to your AC-DC supply.

- If this doesn't remedy your issues, then we recommend swapping out your AC-DC power supply completely.
Last edited: Mar 16, 2018

Where's the RGB header on the Dynamo Mini? I can't find it
Reactions: NinoPecorino, owliwar, WadeAK78 and 1 other person 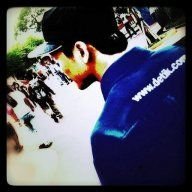 I am wondering if I wanted to use 2 Dell 330w bricks how would I setup that up? Is there anything extra that I would need to sync or run the bricks parallel to each other?

This is where the Dynamo Merge will come in (still in development). What we are aiming for is the capacity to combine two supplies of 400W or less into a single power in. This would hypothetically work perfectly well with a pair of Dell 330W bricks.
Reactions: Sashby, owliwar, Obelisk and 2 others
T

I'm having a weird issue withe Dynamo 160 mini + Dynamo 360, I have both devices setup as per the picture above and the jumper is set closet to the DC in header on the 360. The 360 is lit up with a blue light when powered on, the GPU fan turns on, the case fans turn on, the CPU fan is spinning and the motherboard LEDS are illuminated. I then notice the LED lights on the mt MB cycle from an amber to red light then everything turns off except for the GPU fan which is consistently running and requires me to pull the Dell brick out from the DC connection from the dynamo 360. I have already cleared the Bios/Cmos and pulled the battery and plugged it back in. Any clue to what maybe happening? I'm currently searching the web for an indication of the MB lights. Thank you in advance
Last edited: Apr 8, 2018

So this is a non-boot?
T

I think it may be related to the MB not being compatible with my CPU and Memory even though is listed on the ASUS QVL document. Supposedly the amber light is a memory issue and the red light is an CPU issue which could mean component failure I cant find any additional help on this. I may just start fresh and build an intel system instead

Sounds good. Let me know if I can be of any further help. It definitely sounds like a motherboard issue.
T

I contacted ASUS support with problem and they are stating that the issue could not only be related to memory, the cpu or faulty MB. it could also be a PSU issue (voltage spike/over voltage). I'm planing on taking everything out of my mini itx case, going bare bone and switching down to the 160 mini only in order to isolate the components and seeing how that goes. I also have an extra 500w FLEXatx supply to swap with if it has to come to that. I will keep you posted.
Reactions: Kmpkt
T

I found the problem after going through every component installed and using the Q LEDs/POST beeps, I determined that the issue was the PCIE riser I was using is faulty. I switched it out with a working one and we are now off to the races. The dynamo 160 + 360 is fantastic!
Last edited: Apr 10, 2018
Reactions: confusis

I followed the wiring diagram posted above for connecting my dell brick --> 360 --> mini --> motherboard and I put in the jumper on the 360. I have a blue led light up on the 360 when I connect it to the dell power brick. When I switch on the computer (on the motherboard) I get a blue light on the mini (which turns off after a few seconds), but the computer does not turn on.

I checked the motherboard/CPU/memory/etc with an ATX power supply and the system went through POST without a hitch. Any ideas on how I can get my computer to start?

Email me at [email protected] with a more complete description of the issues and I'll try to get this solved for you. Cheers,

Hi, I'm having the issue where the CPU fan is still turning after powering down. this is forcing me to pull the power brick. It was happening since the beginning and really did not mind it until now. I was reading that I need to use the 2 pin sync cable to correct this, something about the power state settings being enabled. Would it be possible to provide me with a step by step guide on how to hook up the 2 pin sync cable? Thank you
Last edited: Apr 28, 2018

Once you've done that you can hook one end of the sync cable to the two open pins next to the jumper and the other end to the sync header on the Dynamo Mini (if your Dynamo Mini is the older version with the black heat sink don't go beyond this step as I'll need to give you additional information). Now the two units should sync power on and power off. If this doesn't work then it means the polarity of the sync cable is reversed and you need to flip one end of the cable to opposite pins (this won't damage the new version of the Dynamo Mini so don't worry about that).

That should get things working. Please let me know if you have any further issues.
Reactions: Phuncz
T

Thanks. I'm assuming that I can extend the sync cable if needed using the same wire coloring and gauge without compromising it's capabilities (syncing) ?