Looks like the sync cable connector is too long and it is conflicting with my custom case. I cannot connect the sync cable to the mini 160 sync pins. I was thinking since the connectors on the dynamo 360 and mini 160 are both fan header pins can I just custom make a sync cable using two pin fan connector cables instead to allow more space? Thanks again

Yeah a couple of two pin fan headers of the right side will make a perfect custom cable.
S

Hi @Kmpkt
I just received my dynamo 360, and I didn’t receive the jumper pin cable, neither preinstalled or in the baggie. Can I just jump it with any connection? Also, because I’m using the hdplex 160 that I already had, I need to create the yellow and black dc-out cable you pictured(6pin to 4pin) could you show me where I can find the pinout so I can splice the cable together myself?

If you send me a support email at [email protected] I can have both of these parts shipped to you ASAP if you'd like.
Reactions: chanberg and Phuncz
S

Hi @Kmpkt,
I've got some trouble with my build. There is some random shutdown when I launch recent AAA games (mostly tested Assassin's Creed Origin, DIRT Rally and Project Cars).

At the beginning, I thought the problem was coming from the Dell brick bought from eBay and I bought another one directly from Dell but the shutdown remains.

I also tested the system with my old zalman 350W SFX and it runs great except that the PSU stay outside of the case.

What do you think? 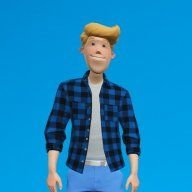 I just received my dynamo 360 in Sydney (thanks for the help with tracking)!

Similar to the poster above, I am trying to use the dynamo 360 with a nearly new hdplex 160, but don't have the black and yellow pig tail to link the 6pin to the 4pin...

If you post the pin outs somewhere I can make it myself I'm pretty comfortable with re-pinning and sleeving... else I need a black and yellow cable sent down under please

Sorry for missing your post. Let me know how things go with the 360, but it certainly could be a faulty mini. If so, send me an email at [email protected] and I'll do my best to get you a replacement unit ASAP.

Did you contact me by email already? If you email me at [email protected] I'll send you the pinouts.
Reactions: Tr15
S

I received the 360 yesterday and installed it in the rig using the dynamo combo setup guide. Everything was working perfectly.
And I identified my mistake : I was using the black and yellow cable 4pin to 4pin to power the CPU. So when using the right cable, CPU 4+4pin black everything works perfectly with the dynamo 160 alone.
So now I have one dell brick and one dynamo 360 spare...

I have to say that the Dynamo 160 is a great unit!
Reactions: Nanook and Phuncz

I'm glad you're enjoying the Mini and thank you for your support.
S

Craig, did you get my e-mail regarding my Mini?

I did and will be responding tonight. Have been on 12 hour days all week and as such haven't had the chance to get back to everyone about things. Sorry for the delay.
Reactions: AleksandarK and Nanook 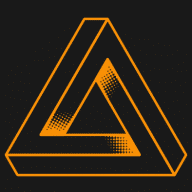 Just to be clear, what is the specifications of the Dynamo Mini in terms of input voltage and maximum ratings?

ninjanymo said:
Just to be clear, what is the specifications of the Dynamo Mini in terms of input voltage and maximum ratings?

EDIT: Based on this answer it's 16-24V. It would still be nice with a more precise specification to determine if it can and should be powered at it's limits (16 and 24V).
Click to expand...

16-24V is the specified range. I am aware of people using the units slightly outside of this range in off-grid type applications but obviously don't recommend it. There are a number of people using 24V Meanwell PSUs with the Dynamo system and to the best of my knowledge they run perfectly well. 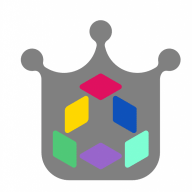 I ordered Dynamo mini-200 from Sfflab, Order No 8253, seems shipping was delayed without update information, and no answer email after a few days. Still waiting for shipping.
D

Hello, I'm new here, and this is actually my first post ever on any forum (be kind).
I was hoping that someone on this forum has some advice for me, and I have already reached out to KMPKT through email. I am new to these types of power supply units but am very familiar (but by no means expert) at computer assembly. I saw the NFC Skyreach Mini somewhere while bored on Youtube and thought it would be a fun project to build a system using that case, and using the Dynamo mini which is similarly attractive and similarly as well thought of in this community. Unfortunately the fun project is turning out to be not so fun, and starting to feel like a possible money pit. Components include:
NFC skyreach
Dynamo mini
Dell 330 watt brick purchased direct from Dell
Gigabyte Z370N WIFI (had a spare), maybe I should get a new ASrock Z390?
8700
EVGA 1060 SC
Gskill Ram
Samsung 970 NVME
Seagate HD

All came together as expected and posted fine. It was not until Windows install that I ran into problems. I would get random boot loops during the install process several times, but ultimately I was able to get windows installed. Everything seemed to be going ok, and during the intitial windows update it happened again. During this process I tried to google my advice, and tried some changes to bios setting (no difference), unplug graphic card (maybe a difference), hard drive, reseat everything, triple check connections.
Anyway, I turned everything off to go to the hospital with my daughter last night and this morning I attempted to start again, and now the whole system is dead. The power led will light, I get a blue light and a faint repeating clicking noise from the Dynamo, the LED on the RAM lights, but the CPU fan never turns on, and the only stop is to unplug the system from power. This time for trouble shooting I tried the PSU in a system known to work with the same supposedly dead results, and a working PSU powers both systems just fine. I troubleshooted the Dell brick only by verifying the green light remains on, and that it has no problems charging and running laptops.

I apologize for the long post, but hopefully it is enough information for someone to recognize and diagnose my problem, or at least suggest some other troubleshooting ideas.

I got your Dynamo in HDPlex box, Finishing is good, but I can feel temperature when touch the heat sink after turn off power (Pentium gold and Quadro 620), and DC input cable obstructs with PCIE slot.

Thanks for the feedback. What do you mean by DC input cable obstructs PCIe slot? Also HDPlex makes the units for me and normally ships in a blank box with stickers. Apparently he forgot to do that this time > <