Love the look of the case, so industrial looking. How do you like the 8700T? Should be a good CPU for limited cooling cases just curious how the performance is. 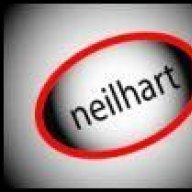 I am very pleased with the overall performance of the i7-8700T CPU on this Gigabyte motherboard with the EVGA 1060 (ITX size with 3GB memory on-board).

Again I do not run Windows usually on my project machines and my perspective is from an Apple macOS 10.13.4 operating system.

This system running Prime95 torture test will get up to the mid and high 70 degrees after about 30 minutes as reported by the Hardware monitor software.

This module is stable and I may start using it 24/7 as my main machine. I would note that the other module is giving me some graphics issues that may be related to running on the riser cable. I will sort that out over time.

I’ve had fun peeping on this build from time to time. Hope you had fun doing it. Having just ordered an 8700t for myself, I was also glad to see some benchmarks.

This is a follow up post related to the issues that I was seeing with the first module.

I was seeing intermitten system crashes and reboots, CineBench spontaneous crashes and then refusing to run. I also had issues where on some boots, the mouse tracking was way off.

This motherboard and GPU have been with me for a year plus and I thought that it was strange to be having these issues with these parts.

Long story short: I discovered that the issue was the GPU card would not tolerate the riser cable on this ASUS motherboard. So to resolve the issue with the module, I swapped in a Gigabyte GTX 960 video card and the module became stable and the issues went away.

Note I did not have another Mini-ITX motherboard free to test with and it might well be that this motherboard contributes to the issues.

I was very pleased to see that it arrived in excellent condition.

However I am so pleased with my project systems (the My Way # 21 case with module 1 and module 2), I don’t feel any pressure to rush into a build on the Dan case.

And I also have the LOUQE Ghost S1 case to arrive probably in two months.

Hey mate just want to say you've gave me alot of ideas for my case. This was the exact vision I have for mine. Currently trying to implement watercooling to mine but I just wanted to say thanks for the inspiration!

My Way # 22 - Yet another scratch build case