A while back, Intel previewed it’s 5×5 form factor, designed to be smaller than M-ITX. New boards and cases have been released for the form factor, with a new name – Mini-STX.

At CES, ASRock discussed its upcoming H110M-STX Mini PC that will use the form factor.

The chassis ASRock specified for this new mini-PC measured 155 x 155 x 80 mm (L x W x H), 1.9 litres. Although SFF PCs of this size are relatively common (Intel NUC, Gigabyte Brix, etc), they are almost entirely built with soldered CPUs and GPUs and can’t be upgraded beyond changing the memory and storage devices. If mini-STX becomes a widely used form factor, it will give users a larger variety of components that can be used to build their own customized SFF PCs. It still appears there will not be an expansion slot for GPUs.

Inside of the chassis is a new motherboard called the ASRock H110M-STX. It measures 127 x 127 mm (L x W), or 5″ by 5″. The motherboard supports the Intel LGA 1151 socket and is compatible with any Skylake CPU with a TDP of 65 W or below. The motherboard lacks PCI-E connectivity, but it does have two M.2 ports, one for WiFi + Bluetooth modules, and another one configured as SATA 3 storage.

Although ASRock is already discussing the H110M-STX Mini PC and the H110M-STX motherboard, both products are still in the developmental stage. 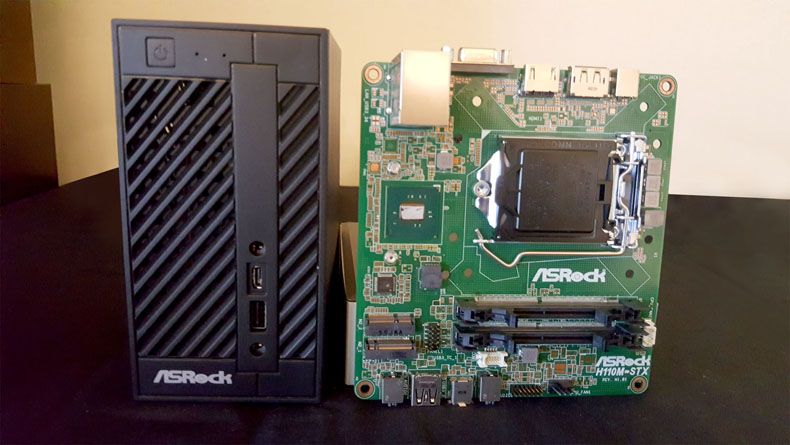 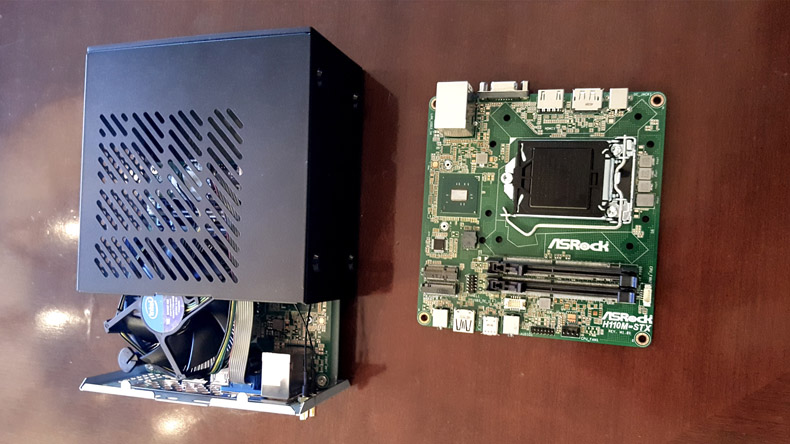 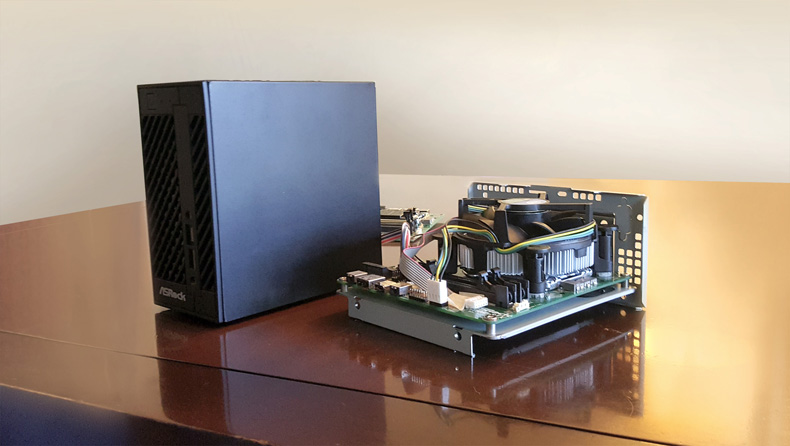 Silverstone showed some new cases at CES this year, including PSUs, cooling and accessories, but one big surprise was the company’s first mini-STX form factor PC case. 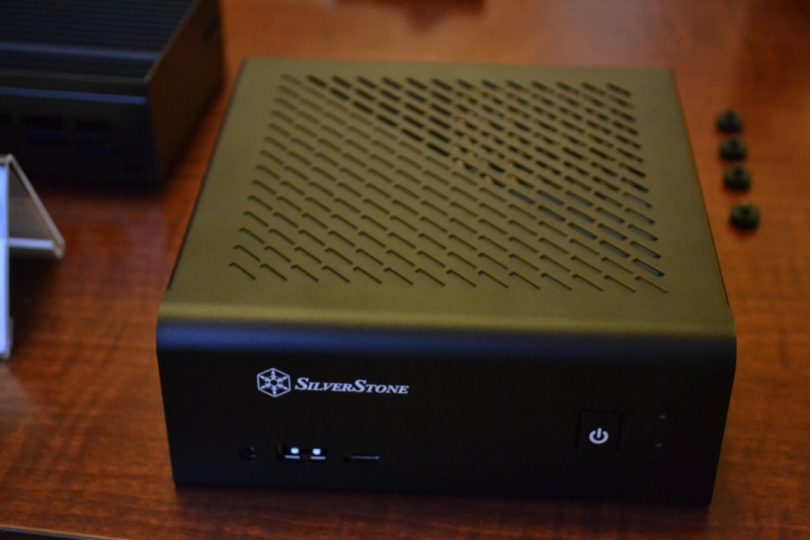 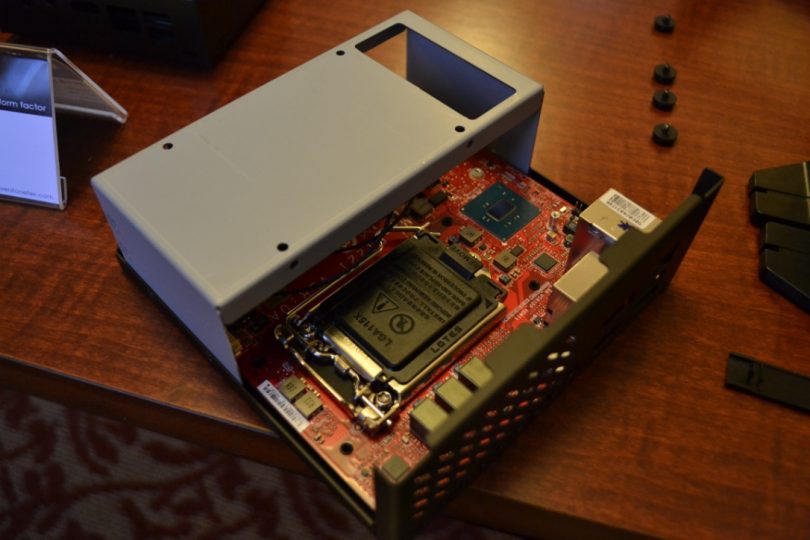 The case from Silverstone is another sign that the OEMs are developing around mini-STX. This case was shown with a 5×5/M-STX board (from an unknown manufacturer) featuring a LGA1151 socket. It seems this was just to show a proof of concept: The form factor has not yet been released for sale, and Silverstone is one of the first companies to produce a chassis for it.

It appears from the lack of internal PSU that M-STX will use onboard power distribution, taking DC power via the rear IO area, much like the Intel NUCs. 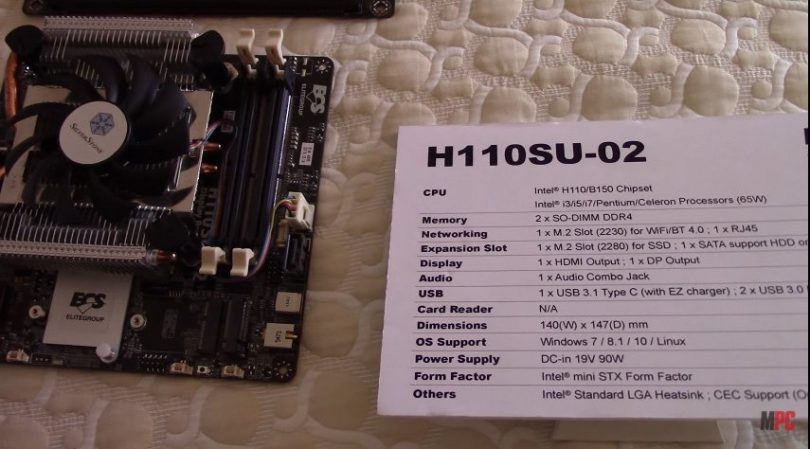 ECS also announced a motherboard based on the new tiny form factor, the H110SU-02.

The board is an engineering sample, which basically means it’s an pre-release revision and thus subject to change. As currently constructed, it sports a pair of SO-DIMM DDR4 memory slots, two M.2 slots (one for Wi-Fi and bluetooth and one for an SSD), a SATA port, HDMI and DisplayPort output, audio combo jack, two USB 3.0 ports, and a USB 3.1 Type-C port.