While AM4 is on the horizon, AMD and partner manufacturers are still releasing new AM3+ and FM2+ products. Today the A10-7890K has been announced. This socket FM2+ chip, based on the “Kaveri” Refresh silicon, replaces the A10-7870K as the fastest APU you can buy. The chip’s maximum (Turbo Core) frequency is upped to 4.30 GHz, compared to the 4.20 GHz on the A10-7870K. The base clock speed remains close to the the current fastest APU,  at 3.9 – 4.1 GHz. There’s a good chance that this 95w APU will come with AMD’s updated Wraith CPU cooler.

In addition to the A10-7890K, AMD announced that it is working with its motherboard partners to launch a fresh wave of socket FM2+ and AM3+ boards that feature modern connectivity, such as USB 3.1 type-C and type-A, and M.2 PCIe slots. We’re hoping to see new M-ITX boards, including what I would consider to be the holy grail of AMD SFF – AM3+ M-ITX, however, only a few ATX boards have been announced so far. 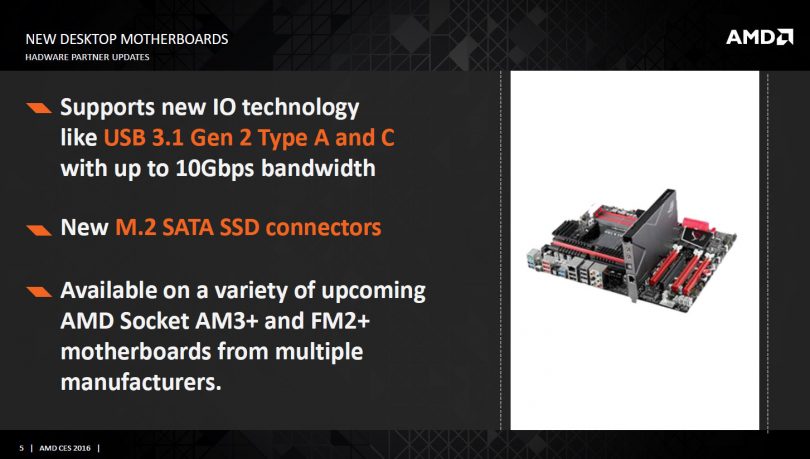