AMD’s event may have been thin on details for some of their upcoming technologies (as the author gives some longing side-eye to Zen), but there was at least one segment that had some tangible information, and some welcome brashness and boldness to boot: the announcement of the Radeon RX 480, a graphics card set to launch on June 29th that utilizes the first Polaris-based high-performance GPU.

Throughout AMD’s Computex presentation, the various speakers seemed to endlessly repeat the value proposition AMD’s various CPU and GPU technologies meant to the lower price segments of the graphics and portable industries – segments, they’d mention, that are the most popular across the broader computing market. And although the commentary by some of the vendors and guests on-stage felt directed at a very different audience at times (let’s be real: nobody in that room was impressed that AMD’s new silicon makes room for an ODD in a cheap Dell laptop), how AMD planned to leverage some of these innovations in the enthusiast space to boost perf-per-dollar was what kept the anticipation high as they quickly started to discuss the state of graphics.

That brings us to the Radeon RX 480. AMD has deliberately seemed to focus on VR as the next great frontier of PC gaming, and to that end, they spent considerable time discussing how inaccessible VR gaming is to consumers who exist in the $100-300 price segment for graphics cards. This eventually led into the unveiling of the RX 480, which, in AMD’s mind, “solved” this problem by bringing a card capable of playable VR down to the $199 price point. In fact, though they never said it explicitly, AMD’s language throughout the keynote seemed to indicate that they peg the RX 480’s performance at around the same level of the R9 Fury and/or R9 Nano, which are cards that cost over twice as much! This is to say nothing of nVidia’s recently released GTX 1070 which, while still higher-performing on paper, would command a nearly 100% price premium over the RX 480 for only 30% more performance.

(It is with that comparison where AMD was a bit more… shall we say, direct… in calling out the value of the RX 480, compared to NVIDIA’s offerings.) 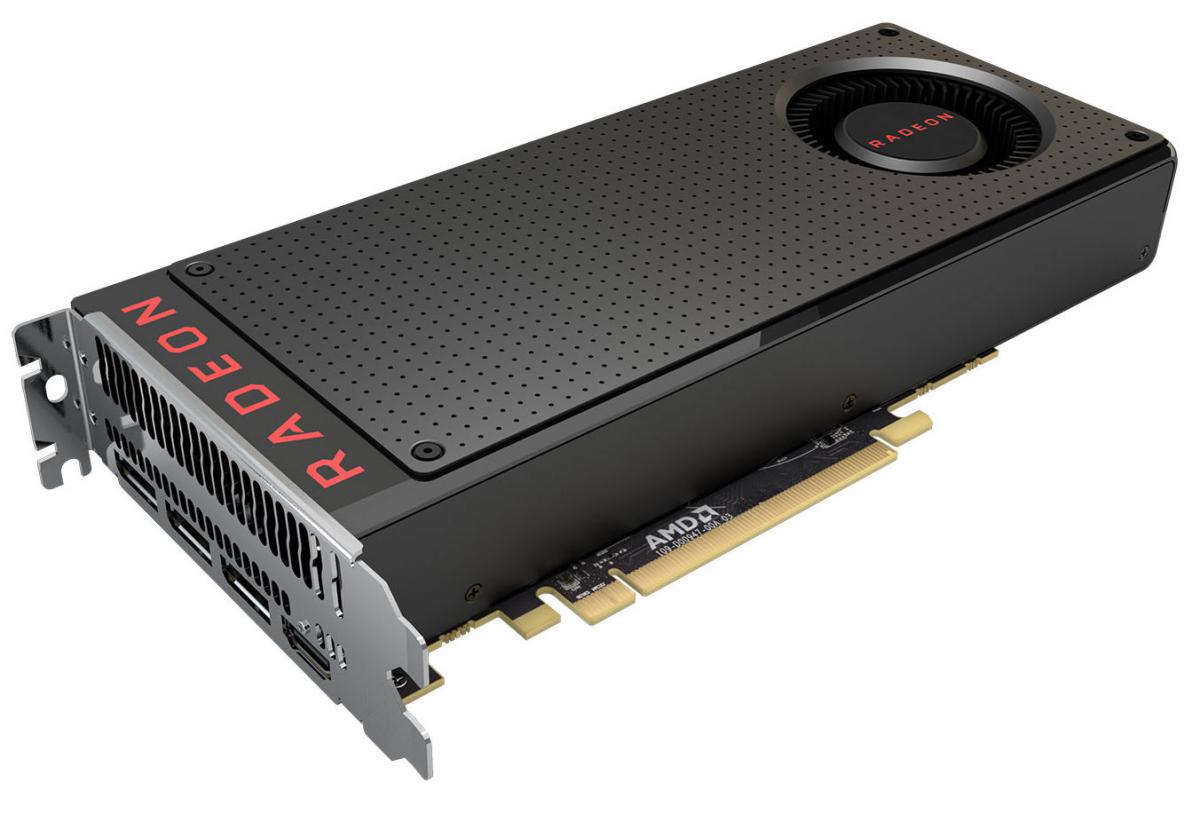 In terms of tech specs, the RX 480 features 2,304 stream processors across 36 compute units, and a clock speed of 1267GHz. This translates to a compute performance that AMD says is greater than 5 TFLOPs, though we have yet to get a more specific figure. With respect to memory, the base $199 version of the card has 4GB of GDDR5 memory that’s accessible via a 256-bit bus, and is clocked at 8Gbps (translating into 265GB/s of bandwidth). A more expensive version of the card doubles the memory, to 8GB, for $30 more. Finally, even with the move to 14nm, the RX 480 has a TDP of 150W, suggesting that AMD has elected to squeeze as much performance as possible out of the efficiency gains afforded by the smaller process node. Something tells me that most enthusiasts won’t mind that choice.

We have very limited information beyond these stats published by AMD, but in the press photos there were two things that I immediately noticed and found to be quite interesting: one, that the card seems to use a sole 6-pin power plug, and two, that the PCB for the card seems to be much shorter than the reference shroud AMD has built for it. The former is great to see given that the power needs of the card aren’t terribly high, but the decision to arbitrarily make the card longer than necessary is a curious one, given that AMD of all companies has a slew of short-but-powerful cards available at higher price segments. Perhaps they couldn’t develop a ‘good-enough’ cooling solution at the $200 price point while keeping the profile of the overall card short, but one can hope that a manufacturer or two sees the opportunity and realizes it with a custom solution. 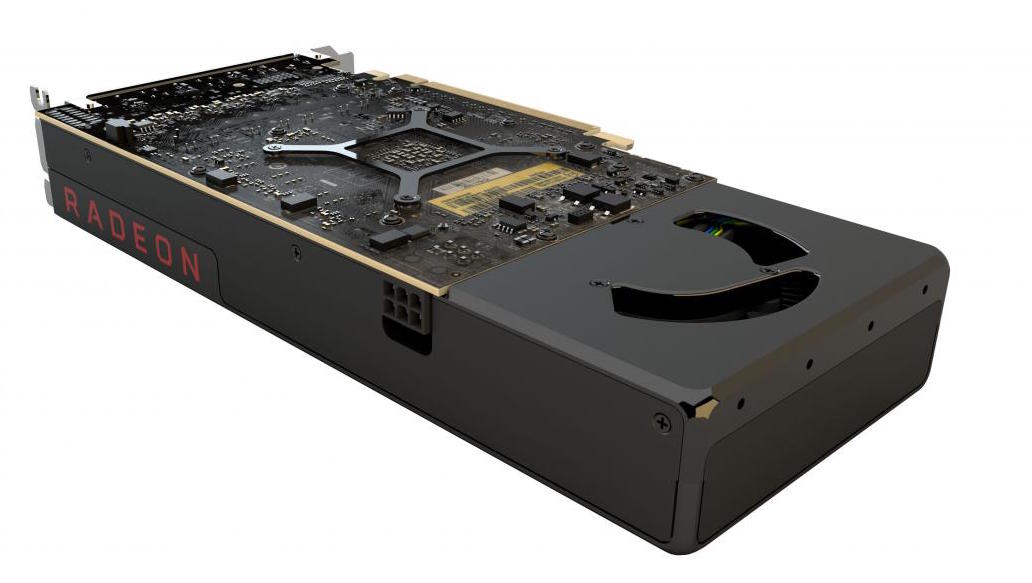 Overall, though, the RX 480 certainly has the potential to provide a fair bit of disruption to the market, even as it only lives in the ~$200 price range across both the 4GB and 8GB varieties. Beyond reducing the appeal of their own high-end parts, NVIDIA may very well need to reconsider the pricing spread for the GTX 1070, given that two RX 480’s would cost negligibly more, but would almost certainly bench better in a direct comparison, even with the scaling and artifacts that multi-GPU rigs introduce. Although I’m dubious that VR will be satisfactory on the card, gaming up to 1440p with no issues is a definite possibility, and at $200 that sort of performance alone would be quite the sea change.