It has a name: Mini-Sledgehammer".

As you may of noticed on the Taobao thread, my ZSA4-DC arrived. I was originally going to go with a ML06-E, but I felt it was too heavy and big for what I wanted so. So after thinking it through I went with the ZS-A4DC due to its tiny size and aesthetic. The build will be used initially for image based programs such as Adobe Illustrator, Photoshop and Indesign, but I want there to be headroom for light motion graphics work. The great thing about the case is the fact you can throw it in a backpack which means I can hotdesk. I know 64GB of Ram may be overkill, but my current machine has 32gb of Ram and it struggles with images with huge file sizes.

I will be building it when I can afford the parts so expect updates to come monthly.

First of all, here are pics of the case if you have not seen it on the Taobao thread.


Next here are the parts I am thinking of going with.

I would also like to replace the fan on the X570-i board with a Noctua NF-A4x10 PWM.

Should be an interesting few months.
Last edited: Aug 11, 2019
Reactions: InfernoZeus and Weredawg 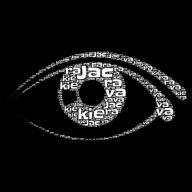 I followed you from what's on taobao as I'm also going to build one for myself too. I've order the formula 2s, so I expect it to arrive in 2 months time.

I currently have a pc with z170 i5-6500 with 1050ti lp card. I want to upgrade its performance a bit but low profile card is such a niche item. So I decided to leave my current system as it and start building a new ryzen with normal it's graphic card (which is easier to find). I'm on the fence which mobo to get; msi b450i and gigabyte b450i. I've heard there's issue with gigabyte vrm, and I don't like msi for its lower grade audio and lan.

Anyway, good luck with your build. Please report for any issue you find.
Reactions: Analogue Blacksheep

@raksan Cheers. If you are ordering from Taobao just bear in mind the wait. It took over a month in total for the case to be delivered to Superbuy's warehouse. I used DHL Priority for the international shipping to Scotland. They were brilliant; easy to track the parcel and pay for the customs and taxes through their on-demand website. That said they are very pricey, but worth it. You may have different options in your country.

I don't mind the waiting time. Anyway, buying from taobao is very convenient and pretty cheap for my country. I just have to add 4% to the price shown in taobao and additional 3$ shipping from warehouse in China to my country.
Reactions: Analogue Blacksheep

A question to the forum. I currently have a ID Cooling IS-30 cooler. I went with one of these because I was worried if I went with the L9A it would create turbulence due to the tight fit. Would it still make sense going with the L9A despite this?

Finally got the right screws for the cooler. You can find these on Hobby King. https://hobbyking.com/en_us/hex-screw-m3x14-20pcs.html?___store=en_us

Analogue Blacksheep said:
In other news, I've ordered the Z-Case 600W Enhance PSU which should be fun to cable route, but it should be quiet.
Click to expand...

I've ordered the same one for my ZS-A4M build. I suspect I'll have a little bit room for cabling than you though! If you're interested in trying to reduce the number of cables, I suggest checking out @Thehack 's 2427 project - he's trying to connect a DC-ATX unit to a standard SFX/ATX unit. I guess that should also work for us with FlexATX (it's the same output obviously..)

@InfernoZeus Cheers, I'll give it a look.

Been researching SSD's today and I'm going to be honest. I have not got a clue as to what to go with. As the build is aimed towards photo editing, vector graphics and motion graphics, the plan is to use three drives, a boot/games drive, a scratch drive and a project drive.

I've been thinking about importing the MyDigitalSSD BPX Pro from the States due to the low cost and very high endurance rates along with a Superboot 2 drive. Plus I can get a 2TB drive for a great price. On the other hand I'm worried about the potential heat that could be generated from it. My other option is go with Samsung drives. A 860 EVO 1TB Sata drive for the OS, a 512GB 970 Pro NVME for the scratch drive and a 1TB 970 Pro NVME for the project files. I'm worried about the potential heat from the M.2 mount on the back of the motherboard. Is it worth for me to go with an NVME rather than a SATA for the project files?

Are there any resident photo/video editors who could chime in how they would set up the storage?

I'm not a pro photographer but, damn, 64GB of RAM and you still need a scratch disk? Images from what kind of camera you're processing? Hasselblad's medium format?

Lol, I'd like a Hasselblad! It's more as a just in case. I've dealt with huge files in the past and would prefer to make this machine as easy to use as possible.

To be honest after thinking about it, I'm thinking about going with 2 1TB Samsung 860 Evo Sata's and a 512GB Samsung 970 Pro as the scratch disk after watching this video.
Reactions: ignsvn

I think you should buy whatever SSD has the capacity you need. I get that there are some applications where SSD speeds matter (few and far between outside of servers) but I've also found that Lightroom (if you're using that for photo editing) is such a slow bloated piece of software that the hardware you use doesn't really make a difference.
Reactions: SFF EOL

I do use Adobe on occasion, but I tend to use Affinity due to not worrying about a subscription. I am noticing however that Affintiy does not seem to have a scratch disk option.

So, the maximum fans on this is 80mmx10mm eh? Time to bring the mindset I had when playing Orks in Warhammer 40K.


I wonder what this would look like with some Noctua NF-A8 PWM's.
Reactions: InfernoZeus

Analogue Blacksheep said:
So, the maximum fans on this is 80mmx10mm eh? Time to bring the mindset I had when playing Orks in Warhammer 40K.

Although I used a Noiseblocker 80x15mm fan a few years back to modify my Silverstone SFX PSU with a quieter fan, I've found in my recent Relan build (see signature) that the Coolermaster 80x15mm 3-pin fans are actually quieter and cooler better than the supposedly "premium" Noiseblocker 80x15mm PWM fans. May just have something to do with vent pattern or something.

I do wish the mini sandwich cases supported 80x15mm fans instead of just the very hard to find 80x10mm fans. That actually looks alright even with everything sticking out the top!

@smitty2k1 After swapping the fans I like quite like the exposed look. For a proper hot rod look, I'm planning on swapping these with 2x 80mm x 25mm Noctua NF-A8 PWM's. Should look bonkers, but I can imagine it working quite well.

I think it looks good with the Black Noiseblockers, brown Noctuas not so much.

@rfarmer I have to admit, when I got the 92mm Noctua fan I though it looked ugly, but the brown and ochre colour scheme has grown on me quite a bit. The Chromax line is releasing in Q4, but I would like to get this build done by the end of October.
Reactions: rfarmer

Analogue Blacksheep said:
@rfarmer I have to admit, when I got the 92mm Noctua fan I though it looked ugly, but the brown and ochre colour scheme has grown on me quite a bit. The Chromax line is releasing in Q4, but I would like to get this build done by the end of October.
Click to expand...

I just can't do brown Noctua, I am still waiting on the 120 x 15mm Chromax.
Reactions: Analogue Blacksheep

rfarmer said:
I just can't do brown Noctua, I am still waiting on the 120 x 15mm Chromax.
Click to expand...

Recently got a new M.2 sata adapter for the build!