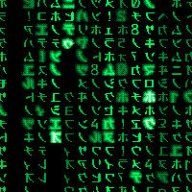 Few months ago I've come into possession of a Streacom FC8 Alpha unfortunately I didn't have a suitable PSU for it and I had to wait possibly two months for the Streacom 160W nano PSU to come available in Europe, few days ago I was finally able to purchase it and start my build. Pictures first. Blabbling later.


Packaging and Unboxing
Everything looks very professional and all components are tight and well packed inside foam supports. The case is enclosed in its tissue sleeve to prevent scratches.

The case is sturdy. The anodized aluminum is thick as it can be, top panel 2mm, CPU cooler fins 2.5mm. The nice pro-look is broken just by the super cheap half height PCI back plate. It's loose and really doesn't look as good as the rest of the case.

Overall it's a fine looking case, but honestly it appears to be slightly bigger than it could be. There's some unused space inside but I guess it can be good for modding.

To the assembly!
The following is what I'm going to put inside:

Streacom suggests 65W TDP but they go as far as saying that 95W is also supported in the right conditions (where "right conditions" I guess is inside a fridge).

Assembling the heatpipes and the CPU block requires some craftmanship but honestly it's not worse than some standard CPU coolers (yes I'm talking to you Scythe big Shuriken v1!). They give you two syringes of thermal paste and you are going to use all of it. Everything fits wonderfully, nice and tight.

There's enough room for cable management and then some. You can comfortably fit 2x 2.5 HDD/SDD even though the temperatures inside the box won't really help keep your hard drives healthy. The USB3 cable is darn thick and doesn't like to bend (we all love to hate usb3 cables). There's no reset switch, just power switch and button.

I went as far as also installing the Streacom IR module. I bought that few years ago for a media center and I totally love it.

All in all, the assembly was easier than I anticipated. Everything fits comfortably, maybe just the ram modules end up too close to the dc-dc unit. Please bear in mind that the assembly could be much more frustrating or even impossible based on the make/model of the motherboard. I've been lucky and my mobo was 100% compatible, but I know of some motherboards that really don't work inside this case.

Do not connect the front LED if you plan on using it as media center, because it lights up the whole room, and half of the rest of the house!

In standard/light usage temps went around 48°C on avg. The whole case --and not just the fins-- becomes pretty hot, which is good of course but you realize how much heat accumulates inside the case. In fact while the CPU stays relatively cool, the problem seems more with all the other components, notably the chipset. After a short session of standard usage PCH was already at 68°C. Nothing to worry about, but still. The SSD at 45°C with basically no usage.

Under medium/heavy usage sensors registered between 65-75°C that is totally reasonable for a completely fanless rig.

The stress test though wasn't very kind on the FC8. After just 2 minutes of prime numbers crunching the CPU jumped to 92°C and the case became basically untouchable with bare hands. I haven't left it priming too long as the CPU seemed to be throttling anyway. The good part is that as soon as I stopped the stress test, the temperature dropped to 65°C in a matter of seconds.

Conclusions
It's a nice looking case, sturdy and well constructed and 100% silent. I couldn't hear any buzzing, hissing or coil whine and I'm really a silent computing nazi, so you can take me on that.

That being said, it's a pretty big-small-case with a huge power brick. The cooling performance at 65W are good as long as you use it for light-duty. It is not meant for anything stressful especially for prolonged hours.

In all honesty, I would feel very much more comfortable with a decent low profile cpu cooler and a silent fan that spins at 600rpm (with the option to increase speed if necessary); and that config would also end up being smaller. Possibly a small out-take fan would bring the temperatures down by 5-10°C, but I guess it wouldn't make much sense.

If you lower the TDP, maybe using an entry level current gen CPU, everything would be totally fine in all scenarios, but you are still paying like €180 for the case alone and you place an i3 inside? Well I guess it's all down to how much you value the zero-noise factor.
Last edited: Aug 3, 2017
Reactions: Julio Espinosa, Phuncz and AleksandarK

Were you using Prime95? I wouldn't worry about the stress testing, because Prime95 is unreasonably brutal to processors with the AVX instruction set. It's totally unrealistic. I think this is a problem exacerbated by Intel's TIM compound. Even with a good cooling solution, the TIM simply can't transfer the heat fast enough during these kind of stress tests. On non-AVX benchmarks, like Cinebench or Realbench for example, these insane temp spikes aren't seen.

This case is a good candidate for customizing Intel turbo boost settings and setting a 65 watt limit (whatever the case can sustain over a long period) with a 95 watt short term turbo.
Reactions: Phuncz and AleksandarK 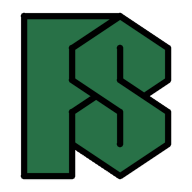 These cases work great for media PCs or HTPCs, but probably aren't the best for very demanding software.

The HDPlex H1.S has better cooling performance and probably would not have reached the throttling point, even when stress testing. It's a smaller case as well.

Streacom's stock heatpipe assemblies are just not that great. I think only the DB4 kit has any copper in it at all. None of them are pure copper like HDPlex, and they flatten their heatpipes too. So the heat transfer isn't good. And the heatpipes only connect to one little section of the case. I think the cases though are fantastic. It's just this heat transfer problem. Kind of silly really, Streacom should improve this.

That H1.S. on the other hand looks like it has much better heat transfer and uses the available surface area better.

msystems said:
Were you using Prime95? I wouldn't worry about the stress testing, because Prime95 is unreasonably brutal to processors with the AVX instruction set. It's totally unrealistic.
Click to expand...

I used mprime (the linux alternative). It stressed all 4 cores (8 threads) and the ram at the same time. It's a very stressful test that doesn't make any sense especially in a fanless scenario. Still I wanted to see what happened.

My impression is (like you guys pointed out) that you can invest your money in a better and smaller case and get better cooling performance. This one just don't seem 100% optimized.