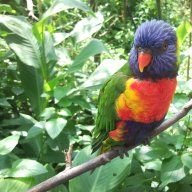 Well damn. It sounds like this is pretty much the exact same issue I'm having on my Raven Z02 with the SX 700 I bought (here's my thread asking for input, which is how I learned of this thread). You'd think they'd have tested the unit out in one of their more popular SFF cases...

Though this begs the question... is it that two of us have happened to have "bad" units, or is this just a major design flaw?

I would appreciate suggestions on what a good quiet alternative would be, otherwise I may have to return both the PSU and the case.

I am awfully curious... was the PSU only tested on the bench in the original review? If that's the case, it seems like a bit of an oversight. >.<

TheInternal said:
Though this begs the question... is it that two of us have happened to have "bad" units, or is this just a major design flaw?
Click to expand...

It's hard to say for sure until there's more reports from more users.


TheInternal said:
I am awfully curious... was the PSU only tested on the bench in the original review? If that's the case, it seems like a bit of an oversight. >.<
Click to expand...

All PSU reviews so far have been done in open air to keep it consistent. I'd like a temperature controlled box like proper reviewers have but it's not in the budget for now.

I'm considering getting a poorly-ventilated mATX case as a substitute in the mean-time though as a thermal stress test.
Reactions: TheInternal

Aibohphobia said:
I'm considering getting a poorly-ventilated mATX case as a substitute in the mean-time though as a thermal stress test.
Click to expand...

I'd highly encourage you grab that poorly-ventilated mATX case or something that could simulate a high heat SFF environ. Keeping your testbed as consistent as possible (in terms of components used) in a real world usage scenario means a lot more to me as a enthusiast / consumer than being able to have the testing environment be within .1 degrees C every time.

I also feel providing a more torturous test more inline with real world usage would be super beneficial to the community.

That being said, I can comfortably say that my limited experience with the Silverstone Raven RV02B and the SilverStone 700 watt SFX-L PSU clearly demonstrated that the case being closed caused an unworkable system due to the PSU (apparently) overheating and powercycling, without it ever doing any fan spin, despite all other components remaining at modest temperatures (GPU around 63C, CPU and system temp sensors at 42-45C while in vertical orientation). Running the same system with the case panels off was stable.
Running the case unmodified in horizontal orientation with panels on was also a no-go, with (when the non-blower style ASUS Strix 1070 08 Gaming GPU's fans facing downward) the GPU hitting the 83C throttling issues I was concerned about / that had been touched on by SilentPCReview.

I honestly suspect it was really a combo of the case with the PSU... ironic, considering both are SilverStone branded. It's also gotten me thinking about fabricating a case to address the issue since I liked many aspects of the component placement... but clearly need to address the near total lack of ventilation.

TheInternal said:
I also feel providing a more torturous test more inline with real world usage would be super beneficial to the community.
Click to expand...

Granted, it's not enough to fully load these new high-wattage SFX-L units but it's also well above the power consumption of most SFF users.
M

Talking about SX700 fan.... Since you saw SX700 innards, do you think it could fit an regular 120mm (x25mm) fan? If that was the case I was thinking about getting a SX700 and put a Corsair ML 120 on it, as these ML models from Corsair seems to be seriously silent.

There's not room internally for a 25mm thick fan if that's what you're asking. You could mount the fan to the outside of the PSU and power it externally, several people have done that with the SX600-G and I think the SX500-LG.

They did not run into the OTP issue but the descriptions of their testing methodology is a bit vague.

I don't think they fed it hot air like you did or some other reviewers did. I'd still like to find out if it's a problem because this might be problematic for some builds.

They do feed it warm exhaust, but they don't explain exactly how they do it very well:

To simulate a demanding environment, some of the warm exhaust air from the PSU under test is recirculated back to the intake through a passive air duct, which allows the PSU air inlet temperature to increase with load, up to 40°C.
Click to expand...

For a user review, that's quite extensive and thorough !
H

Isn't that the same review from OCN?
H

Aibohphobia said:
Isn't that the same review from OCN?
Click to expand...

So it is, hasn't read it yet. Well now that saves me some time.

I talked with Tony and they are planning to adjust the fan profile to kick on earlier to prevent OTP shutdowns at low loads. I'll post an update once the new revision is available.
Reactions: Soul_Est and Phuncz

Aibohphobia said:
I talked with Tony and they are planning to adjust the fan profile to kick on earlier to prevent OTP shutdowns at low loads. I'll post an update once the new revision is available.
Click to expand...

Whereas the original cutoff point was 150W as the minimum target for always fan off (due to analog nature of PSU, the trigger point isn’t exact), the updated units will have more relaxed tolerance and will start the fan by around 5% ~ 10% earlier than before (while technically having the same spec. for 150W trigger point).
Click to expand...

Well, it's a horrible bodge in place of a proper fan control solution*, and I'm sceptical that reducing the fan shutoff power to 135W-142.5W will solve the overtemp issue in restricted airflow environments.

* That's what, the last THREE Silverstone SFX PSUs that have have issues due to cheaping out with some hacky 'solution' to modulating fan speed rather than implementing proper fan control? Silverstone really need to accept that the extra few dollars saved is not worth the hit to their reputation in the SFF market. Either eliminate the semi-fanless box feature and continue to use a cheap thermistor-based control solution, or implement semi-fanless control with an actual fan controller.

I've always found it strange that Silverstone prioriitizes semi-fanless so heavily, like someone's life/job depends on it. Many people often don't even realise (correctly) which component is causing noise, but somehow Silverstone seems determined that semi-fanless in a PSU is a mandatory feature, worth the cut corners. Yet it has caused many frustrations for the people that actually care about PSU fan noise or ruined the experience wiith the OTP tripping. All this after-sales exchanging, increased RMA and in-factory fixing shouldn't be cheap either.