I see a lot of "my use case must be the the only use case, so let's ignore all other use cases and force the manufacturer to accommodate me".

I'm a Sentry 1.1. owner, it's still going strong. One of the first posts Saper posted in Hardforum with the original prototype CAD designs like 7 years ago was that they wanted to fill a niche - that niche was a horizontal steam machine that would fit in with living room/HTPC aesthetic, while maintaining slim/small size in a horizontal position, that wasn't as bloated as the ML/Raven line from Silverstone, or the Node202 (both of which are ridiculously fat/bloated).

If you need something that will fit a 2.5 or 3 slot GPU, there already is the Sliger Conswole. Sentry is the only case currently that fills the 2 slot aesthetic without being stupidly wide horizontally, and still looks beautiful on the outside. Manufacturers are still making of blower 3070/3080s, so it's not like there aren't 2 slot options for powerful gpus.

Also on the front panel usb port - for those of you who just like to have a small case sitting on your desk right next to where you sit, having no front panel connectors is ok for you.
But if you use Sentry as original prototype was intended like i am - which means it's sitting in a tv cabinet, it absolutely needs front panel usb connector. Logitech wireless connectors for keyboard/mouse need line of sight when you go beyond anything farther than a few feet. I'm at around ~12 feet from my couch to my Sentry front panel, and it's about at the max range of effectiveness. If i had to stick the usb connector on the back of the case, there would be no way the keyboard/mouse would be able to connect reliably.
Reactions: Snerual, fedayi.92, aranel42 and 4 others
S

The Sentry looks so awesome.

Morbo said:
Also on the front panel usb port - for those of you who just like to have a small case sitting on your desk right next to where you sit, having no front panel connectors is ok for you.
Click to expand...

Even when having it on the desk, it's nice to have ports that are available for stuff like HDD adapters, flash drives, SD/microSD card adapters, etc. without having to get up and dig around the back of the case. Especially if the back is already crowded with display, power, audio, and USB cables.
Reactions: uzzuroro, fedayi.92 and loader963
S

Proud owner of a Sentry 2.0 of a Navy Gray variety here. I adore it. In my humble opinion, dimension-wise the Sentry is close to perfect. I would like it to be 5L in volume like NFC's S4M, but that would mean omitting a standard SFX PSU, which would go against one of the core principles of this case, i.e. the ability to stuff in conventional parts from your local PC store, not some custom made hardware (looking at you, HDPLEX power supplies, of which I have three, two of them dead and the third one works with some issues). Still a fan of S4M, though, but you absolutely can't deny the user-friendliness of the Sentry. Hard to say what a third version should be like... It's easy to give ideas without proper examination of what gets into making such a case. There are many variables, I believe, many behind-the-scenes stuff we don't know about. Sure, we want this and that, but it ain't that simple. Me personally, I would leave the dimensions as it is (or make the case even smaller if it doesn't mean loosing the ability to put in an SFX power supply). One thing I would surely work on is the looks. Not that it doesn't look great. Quite the contrary, as a matter of fact. But from 1.1 to 2.0 there wasn't much of a change in terms of aesthetics, and I believe the 3.0 should be even more good looking and be a little different.
Reactions: uzzuroro
E

"I would consider that the side cover where the motherboard is housed is removable to be able to clean it when I have to."

Please post in English as per the Terms and Conditions you agreed to whilst registering
Reactions: Redux-Limited, loader963, fedayi.92 and 2 others 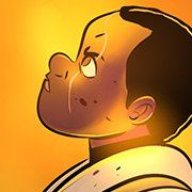 My only suggestion would be changing the front USB header having one Type A and one Type C connector to bring it up to date with other current cases. Overall, I'm very happy with mine and haven't had any complaints. The size is perfect and fits perfectly in my entertainment area.
A

My suggestion would be to use slimmer psu cable extender that does not protrude as far as current one(similar to one found in dan a4). Move psu closer to front io ports. Add ability to flip psu mounting so it could take air from the same side as GPU (will require adding holes in the case). 2 psu mounting options will allow to avoid possible conflicts with front io ports. That will increase space between psu and gpu - useful for cable management, may be even enough to fit 2.5 drives there. Same as others - I think that removing air pocket behind gpu, increasing riser length, and moving gpu closer to an opposite side panel- is generaly a good idea that will increase gpu compatibility list