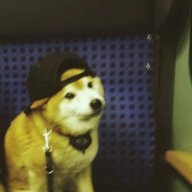 Straight off the bat I'd like to mention that we are not affiliated with SFFnetwork, Minutiae Media or any of it's brands.

To introduce myself, I'm nostyle, a mod over at /r/SFFPC and the SFFPC Discord server. We're proud to co-exist alongside the amazing work done at SFFn and feel that we're a fairly approachable entry point for many people and share a fair few members of the community.

In the last few months we've seen huge growth in activity which has prompted us to start to build out our platform a little more with some custom tools, one of these being the Builds Bot in our Discord server which allows people to submit their builds, have it stored in a dedicated channel to show off to others and to summon information on a particular user's build at any time. We launched this bot recently and started a giveaway based on it at the same time over at our Reddit.

Which brings me to my next point, we'd love to include you all in it too! The giveaway is on a casual contest format. Anyone who submits their build to the Build Bot on our Discord server is entered into the context. We've got some awesome prizes up for grabs from some awesome sponsors. On top of the two sponsored prizes the moderation team has grouped together to offer up a Logitech G Pro Wireless out of our own pockets!

The structure of the giveaway is simple; to enter you must submit a build to the new build bot. On the 3rd of April the moderation team will pick 3 winners from all the entries.
Builds will be judged on:
Builds will not be judged on:
We hope this will result in a fair giveaway, not bound by the wealth of the user.

The prizes for the giveaway are:

Winners will be picked and announced on the 3rd of April via our #announcements channel on Discord. Winners will have 24 hours to claim their prize. If after 24 hours the prize is not claimed a new winner will be picked. This will repeat until all prizes are claimed. For transparency reasons, Administrators, Moderators, Vendors and Media will be excluded from winning the giveaway.

If you're interested in joining, please head over to our Discord server and get involved! The bot is still in a beta stage but we've got people on hand to assist if anything is unclear This server is seperate to the SFFn Discord server so please don't harass them about entering ?

Discord - A New Way to Chat with Friends & Communities

Discord is the easiest way to communicate over voice, video, and text. Chat, hang out, and stay close with your friends and communities.

Thanks and good luck to all the entries!
Last edited: Mar 23, 2020
Reactions: prayogahs

to clarify, just in case: the SFFN discord server is not the same as the r/SFFPC server ._.
Reactions: prayogahs

VegetableStu said:
to clarify, just in case: the SFFN discord server is not the same as the r/SFFPC server ._.
Click to expand...

This is true and I thought I'd made it clear, but thank you for clarifying just in case. I don't want anyone to be confused about that. I did receive permission to post this however so please rest assured regarding that.
Reactions: prayogahs and VegetableStu

Discord and Gaming and Mods, oh my!

The fun goes on! Win with SFF Network's post-CES giveaway

What happens in Vegas... we'll share with you all here! (+ a giveaway!)

Lazer3D Launches the HT5 - and a Giveaway!