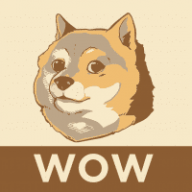 So I bought this modular 600w Enhance PSU from geeek.com

Withouth having the tooling to do a full review I wanted to share my experience. I bought it directly from geeek (https://www.geeekstore.com/shop/custom-flex-atx-modular-psu/), the 600w unit with noctua fans. Hoping it would even top the noise performance by the stock cooler as shown here: https://smallformfactor.net/forum/threads/600w-custom-modular-flex-atx.5942/post-87772

FlexATX and noise level is always the biggest meh so I was extremely curious whether I finally found a silent Unit. Was pretty disappointed to find out that geeek connected the replacement fan, which actually is a potentially temp controlled PWM noctua fan to a 2-pol steady current, so the fan was blasting always at full strength - that's way worse than the stock configuration where the fan actually is temp controlled. So noise level was with noctua fan pretty bad . I did not want to return this thing all the way to taiwan, so I decided to mod it myself. realizing my system peaks at 350w I decided it was safe to sauter a resistance before the fan power supply, as i wasn't able to find out where the PWM connector is on the PSU (that'd be the best solution imho). But well now the noctua is running at steady 3700rpm which makes it still pretty good, although its still the only noticable fan in idle mode. Anyway, that noise level is pretty decent for a flex psu. Temperature of the psu enclosure stays also very reasonable imho.

AMD 3600 with a noctua L9a doesn't emit any noticable noise even under heavy duty. CPU remains below 80 °C at any time. Amazing!

Tried MSI 1660 SUPER Aero MINI ITX. That thing sucks. no 0 fan mode, runs at least at 41% which is pretty noisy already, especially if your system is on your desk. Replaced it with a Gigabyte MINI ITX 1070. Zero fan mode in idle and goes up to 50% under load, where it is noticable but definitely fine. All Gigabyte Mini ITX cards should definitly be first choice for all SFF builders (also a tiny bit shorter and lower)

The Motherboard has a SB Fan which is pretty annoying, but you can safely tweak the fan curve so its barely noticable anymore. Temps can reach upto 80 °C though, which is within ok bounds according to asrock.

The cable management pcb with connectors makes this thing ~3cm longer than a normal flex atx. That caused trouble in my K39 build. Impatient me stuffed it in there nevertheless, and managed to build it together afterall. That left me with a 5mm gap between back panel and body and and putting unhealthy pressure on the cables and connectors of the psu. Works after all but definitely wouldn't recommend K39 + geeek PSU.

On the other hand i can't relly estimate how bad it would be to have a non modular PSU, as there is not much room to hide surplus cables. there is some below the GPU but depends on how many cables you have to stuff in there.

All the rest was no surprises, everything fit just fine, although it's not much space and sometimes fidgety to build as you might expect.

Something worthwhile to mention. Beside my own risk of operating the PSU at a lower fan speed and yanking it into a bit too small space there is something I noticed while having the PSU opened: Geek cut of the original power cables clean off when they sautered there modular PCB on there. And what really annoyed me that they did not isolate the open ends. Although there is not much copper surface where those can cause trouble it seems really unprofessional and not really safe. Basicalle there are dangling cables under power without a safe isolated termination. (picture attached) My plan to have a thunderbolt enabled MiniITX box worked! I can just plug in two cables (TB3 and power) and my rig is connected to any TB3 docking station. Traveling between my home and workplace gaming whereever I want with minimal efforts. That's pretty cool. 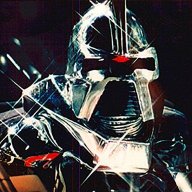 I read a few reviews mentioning the PSU failing; I wonder if it could be attributed to the forgotten isolation you mention.

Power Supply How to review a PSU?