This is one of a series of weekly mini-rants by your faithful correspondent, John Morrison. These is a regular series focusing on issues in the SFF niche. All content is entirely opinion of John, not of SmallFormFactor.net, and should not be taken as fact.

About a year ago, Intel previewed a new form factor, as a slightly larger brother to the NUC format that they had championed. This new format was called “5×5″ in reference to the 5 inch by 5 inch PCB the board used (we’ll not get into Metric versus antiquated measurement systems here!). We didn’t hear much more about it really, until Computex 2016 at the end of May.

Suddenly, a small bunch of cases and boards appeared, based on Intel socket 1151. As the form factor designed by Intel is very strict, not much variation was had in these new boards, but the cases did show some ingenuity in SFF design.

When I first saw 5×5/ M-STX, my thoughts were…”why?”. M-ITX and Thin-ITX already existed, what was to be gained by shrinking the board by 23mm x 30mm? What was to be gained by enlarging a NUC by 45mm x 38mm? Wouldn’t Intel’s efforts be better spent on an enthusiast platform like M-DTX? Let’s discuss this in detail. 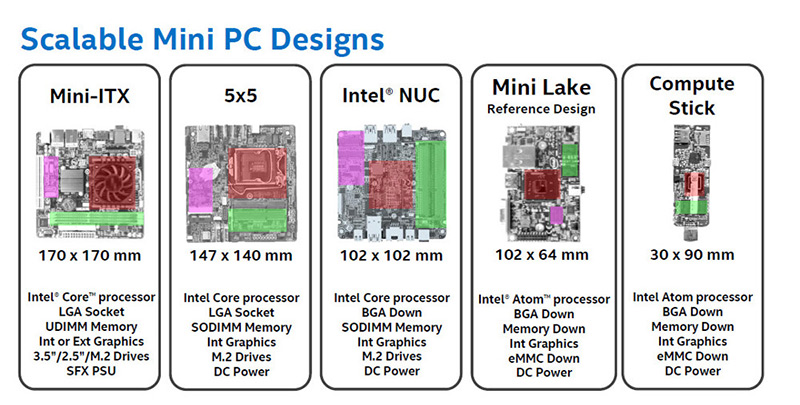 The Mini-STX form factor is defined as being 147mm x 140mm, with specific locations for the CPU socket, SODIMMS slots, and rear IO. Alas, without having a copy of the design spec to hand, I can only go on what I have discovered in my research over the past year. No Wikipedia page is to be found, nor are there any documents on FormFactors.org to peruse.

What appears to be the major selling point M-STX is the ability to use a CPU socket, rather than a BGA CPU soldered directly to the motherboard. While this does allow for some upgrades, we are still very limited, by both the cooling capacity of the cases and coolers designed for this format, as well as the power limit of 65w. Don’t expect to be throwing that “spare” high wattage i7 in one of these boards!

Apart from the CPU, there are some other upgrade options, however both the storage and memory upgrades also apply to NUC format boards.

So, what are we missing from this smaller board? Expansion cards, or more specifically, PCIe x 16 slots for a GPU. While integrated GPUs (IGPs) have been getting significantly better over the past few years thanks mostly to AMD’s purchase of ATI, and the competition that created with Intel’s offerings, the IGP world is on an entirely lower tier than discrete cards. This is a major downside, and for most of us, the lower limit of board size remains at VIA’s form factor of M-ITX.

Speaking of other form factors and VIA, it does make me wonder if M-STX is Intel’s me-too attitude showing again (that’s a story for another time). VIA created ITX and M-ITX almost 15 years ago, AMD created DTX and M-DTX 9 years ago, so Intel probably thought it was their turn to create a somewhat upgradeable SFF board format.

So, what are the pros and cons of moving from NUC to M-STX? 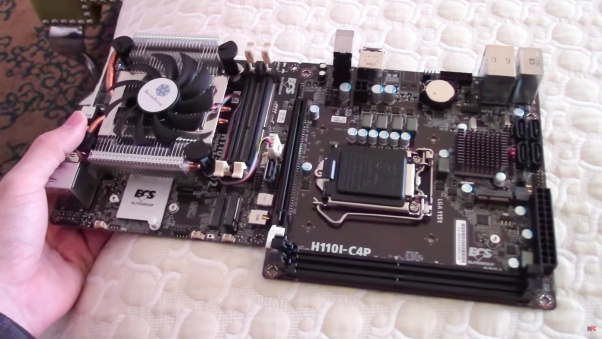 Yeah, I still haven’t figured it out. Maybe you have a good reason why 5×5/M-STX exists? Let us know in the forums.