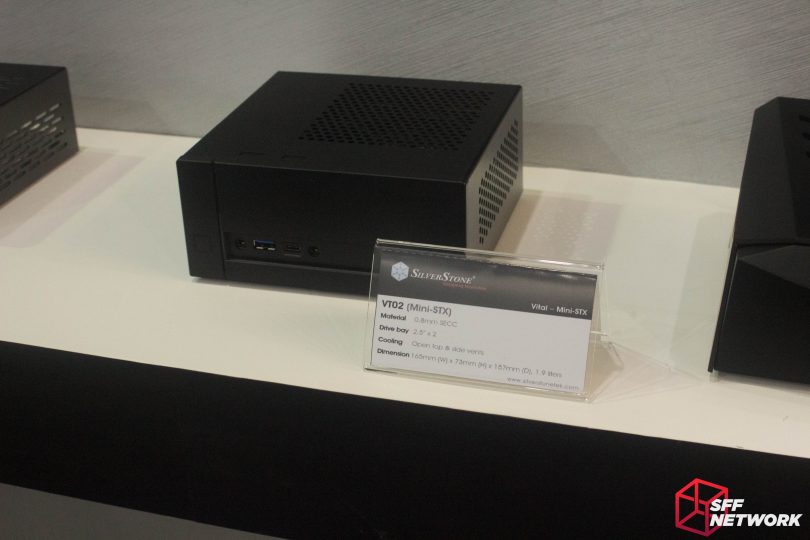 Sitting next to the bolder RVZ04, a much subtler chassis sat, the VT02. Much more my style! 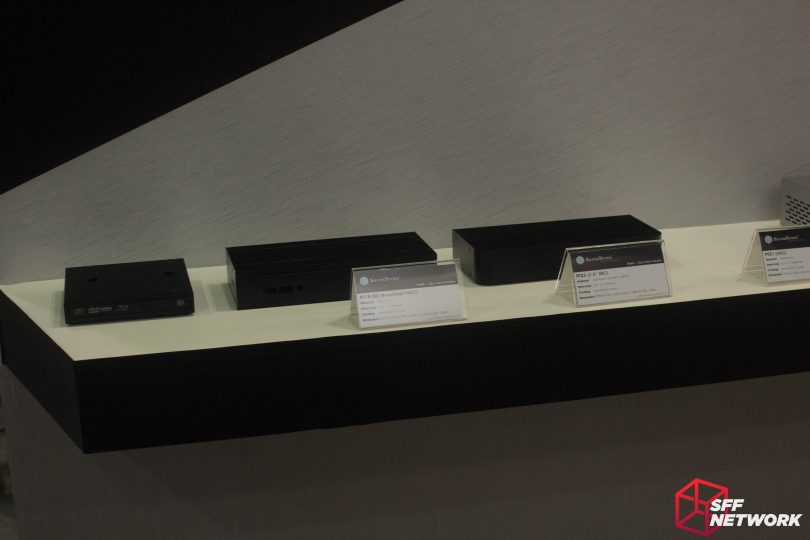 A couple of NUC cases and an external optical (what’s that?!) drive were nearby. 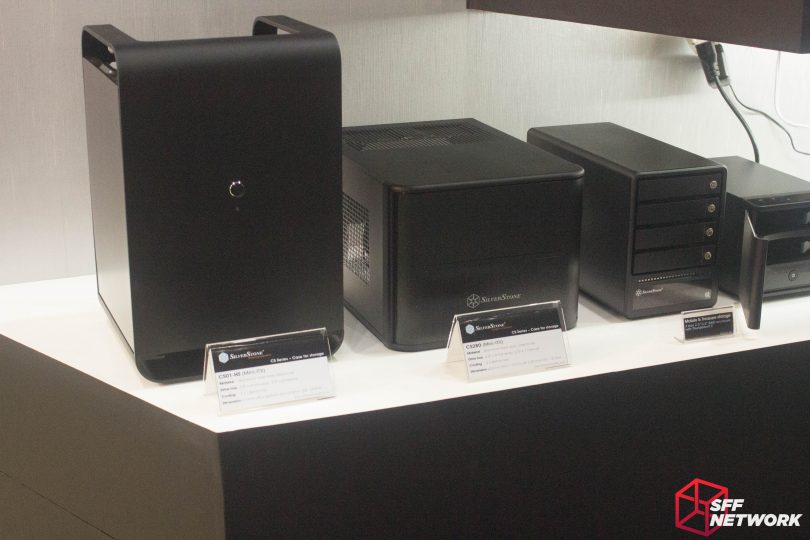 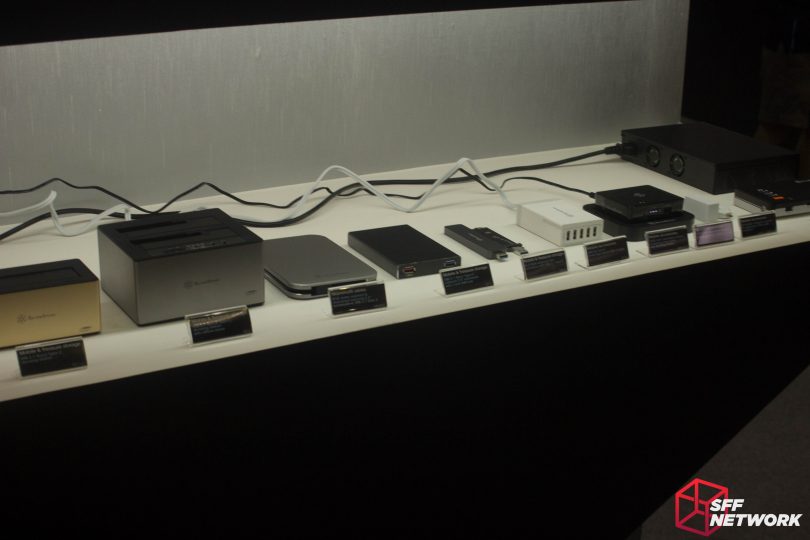 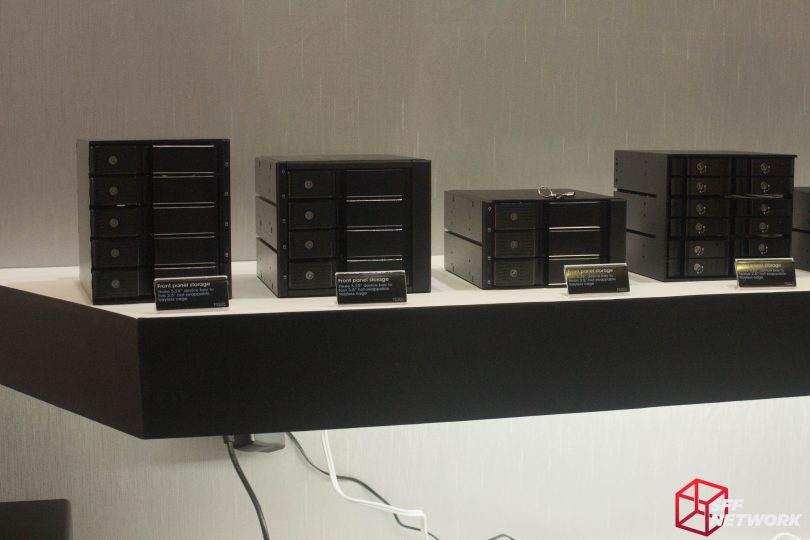 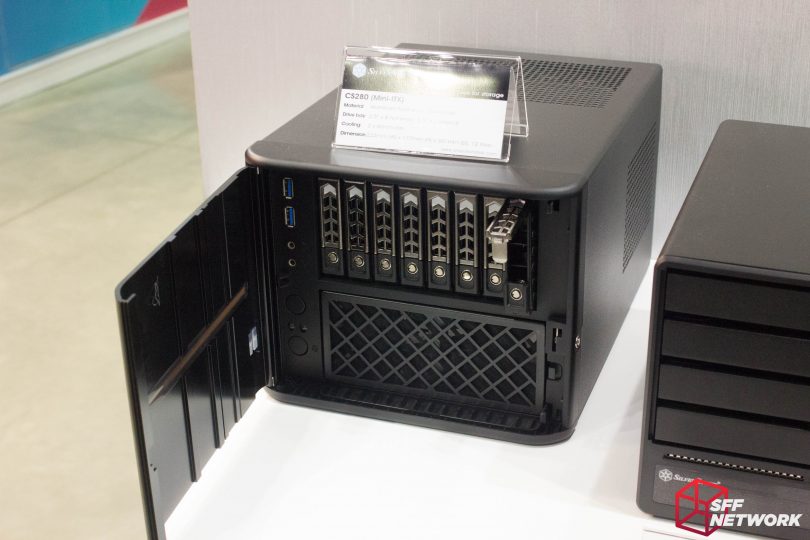 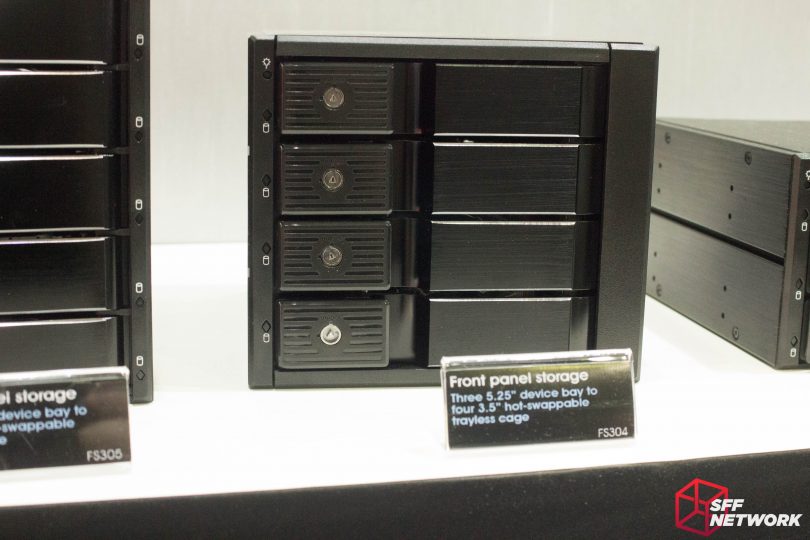 Another shot of the FS304/ The aluminium finish adds a touch that isn’t usually seen on the traditionally plastic hot-swap bay products. 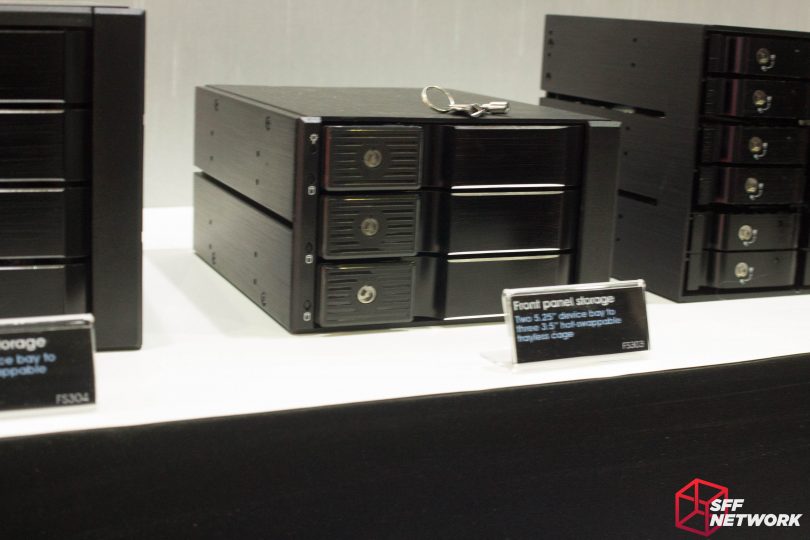 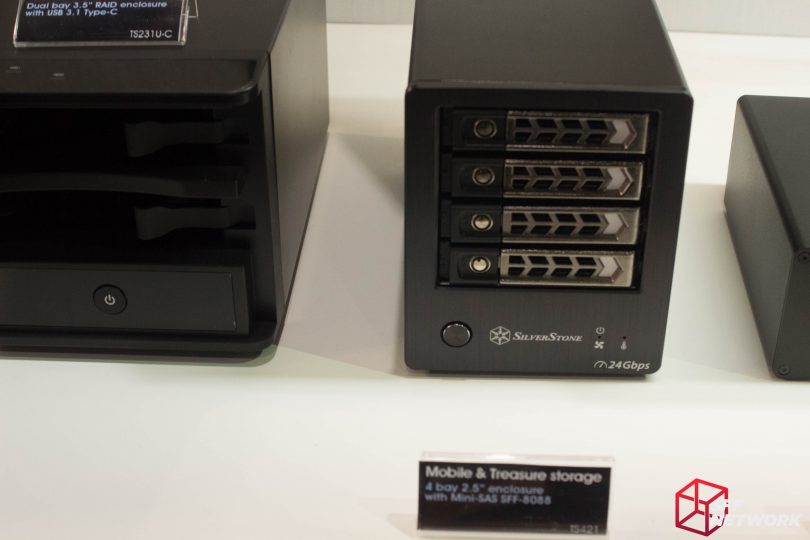 This NAS-style TS-421 has a Mini-SAS SFF-8088 connector on the back for connecting to a workstation with such a port. 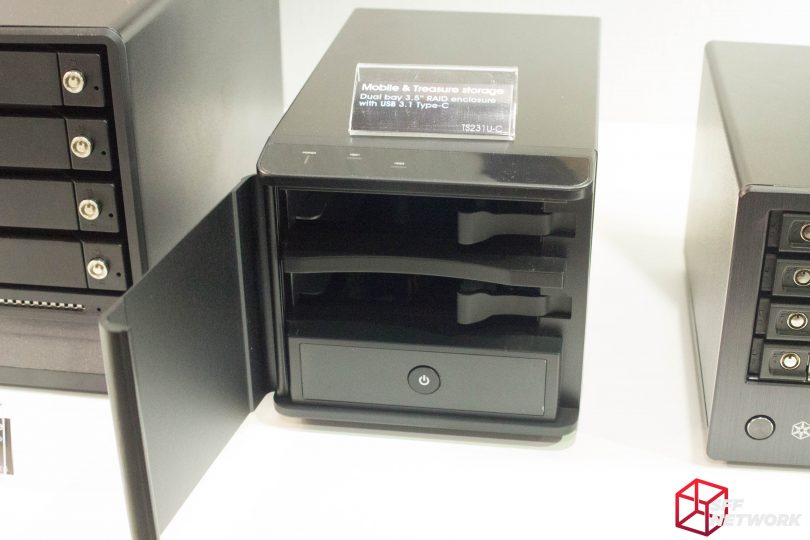 The TS231U-C has a more consumer friendly eSATA and USB3.0 port on the rear. 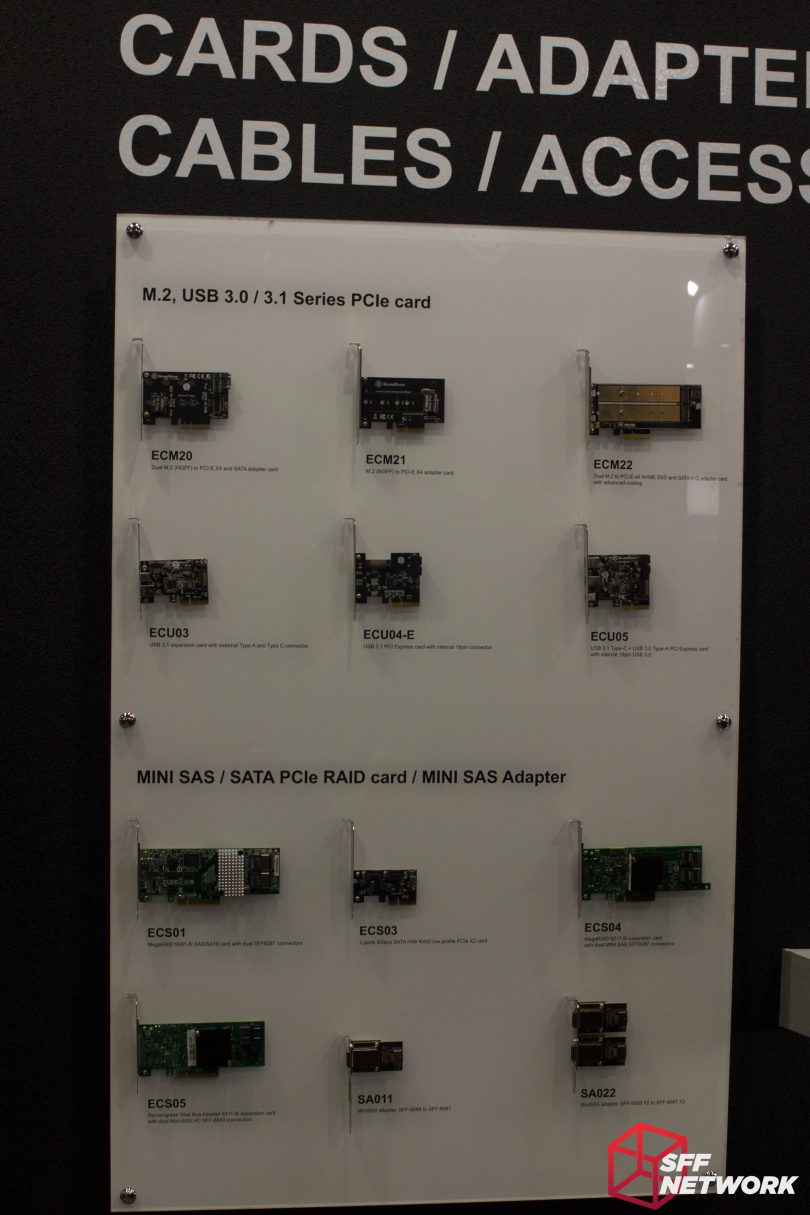 Need an adapter? Chances are SilverStone has you covered. 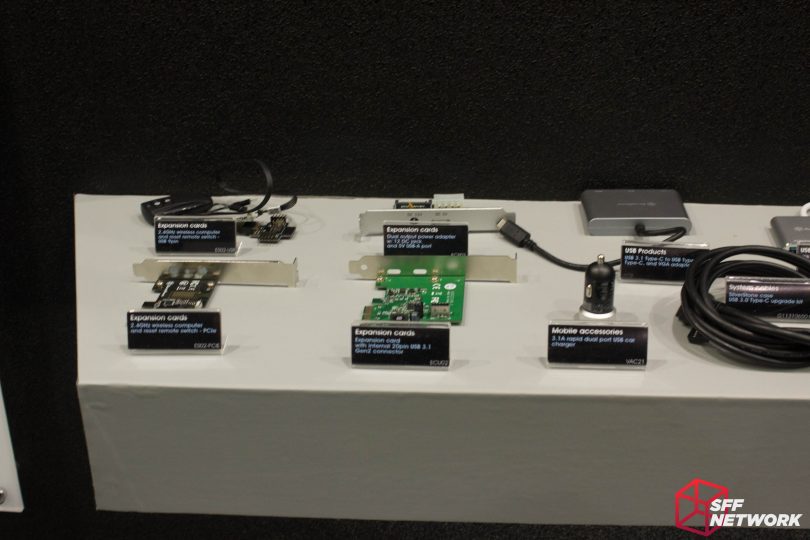 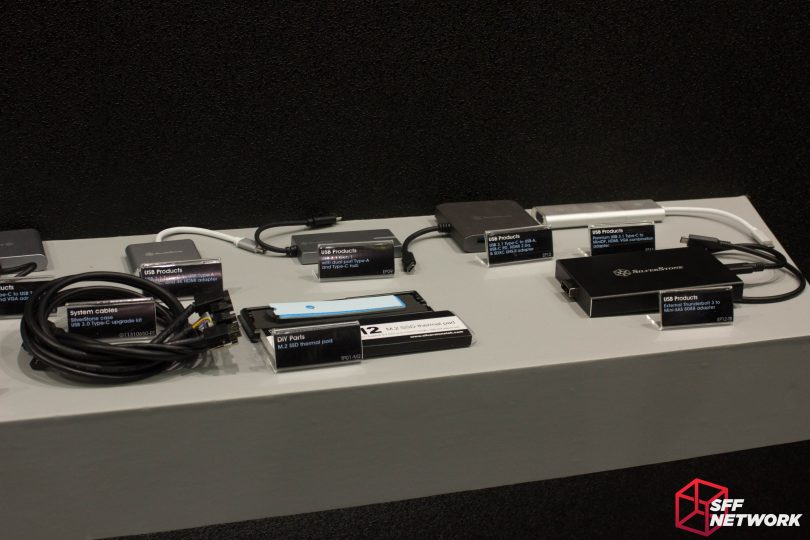 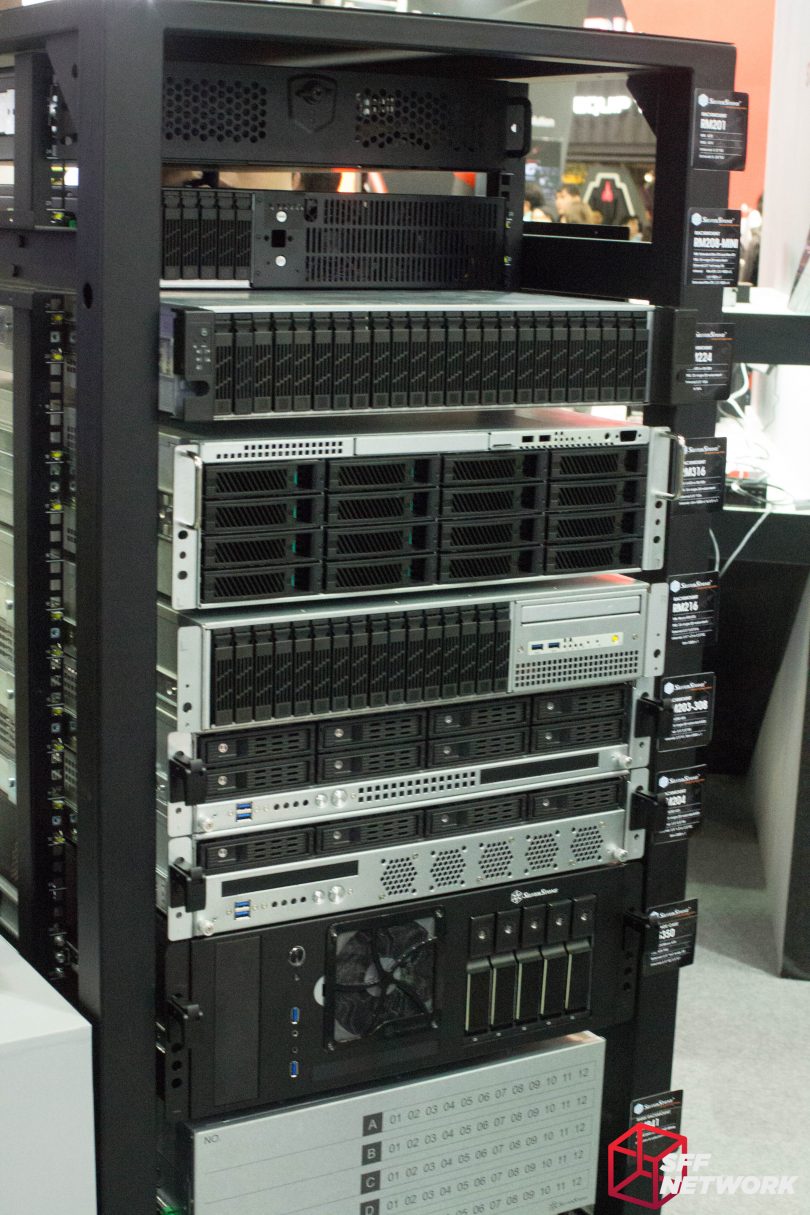 Mmmmm rackmount servers… I’ll take one of each. 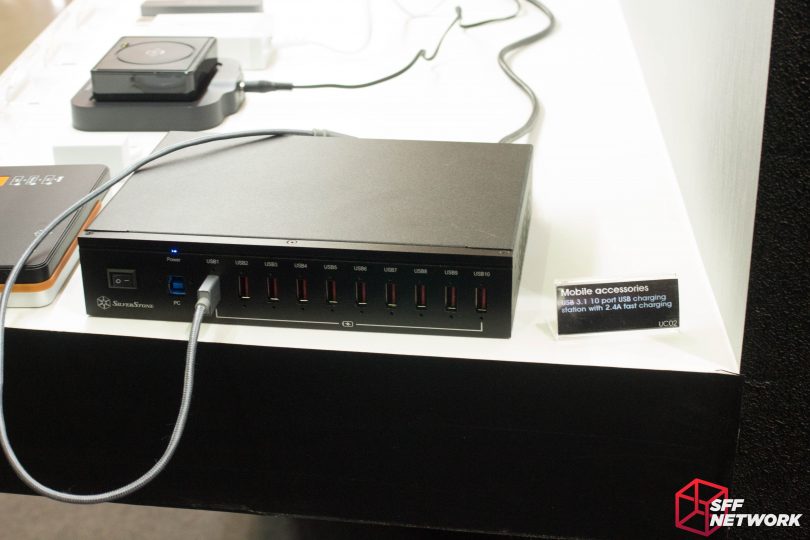 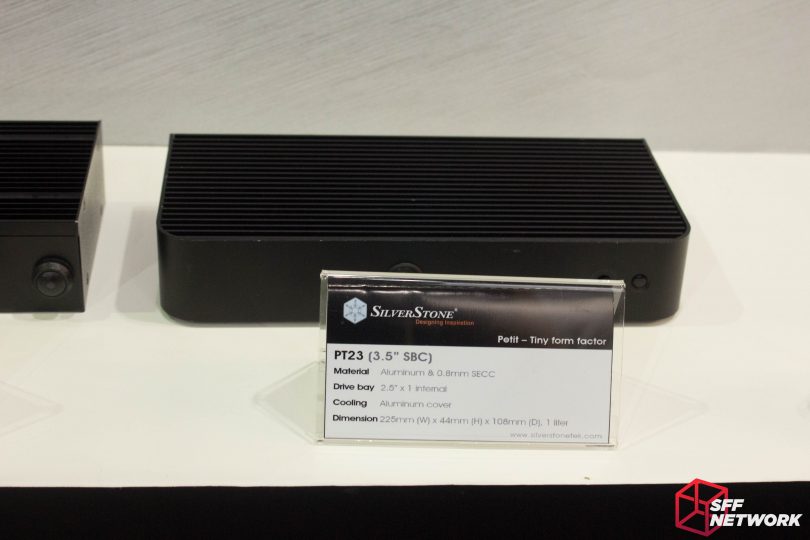 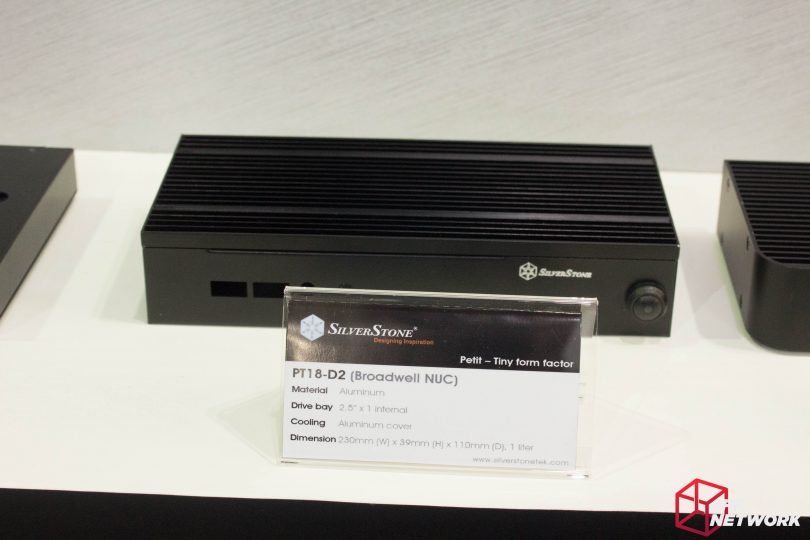 And a NUC case, because why not? 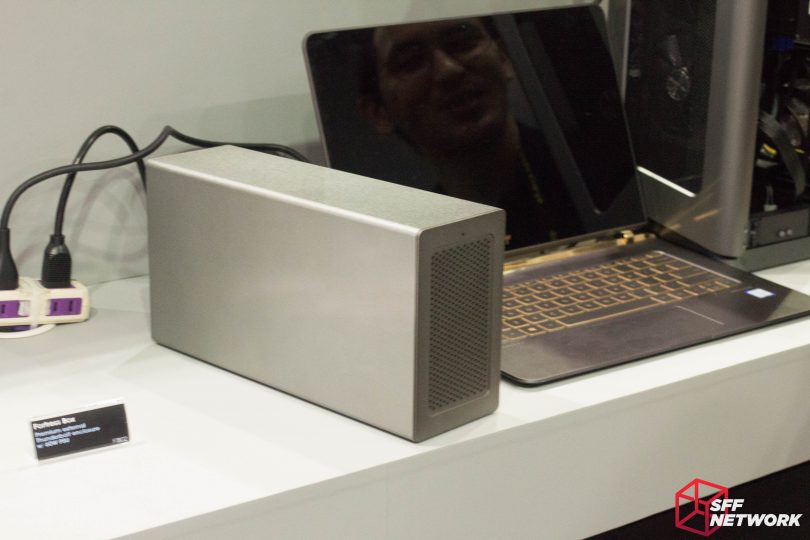 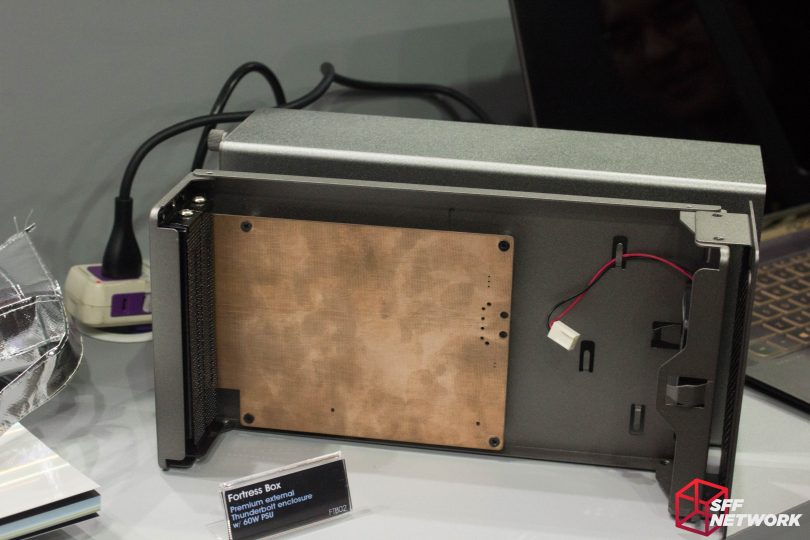 Just a blank PCB for now, but this eDevice enclosure could be handy when development finishes! On second look though, it bears an uncanny resemblance to the AKiTiO Thunder2/3 box. 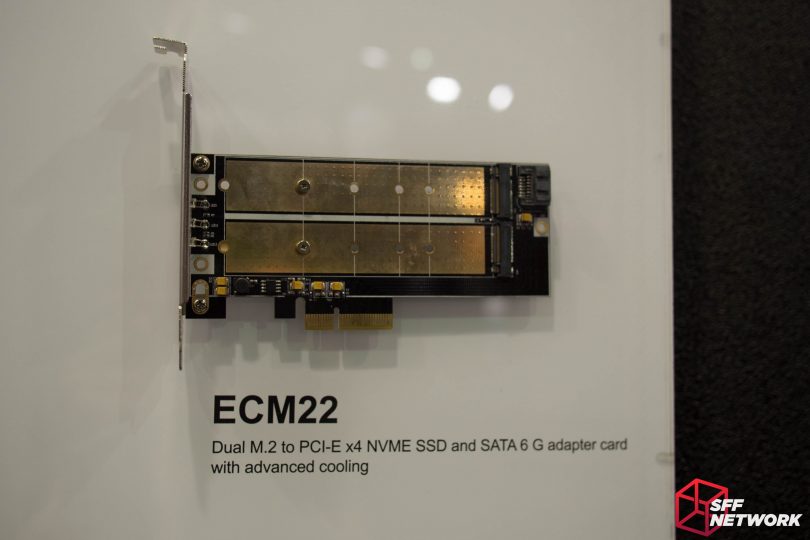 Now for a selection of the more interesting adapter cards. 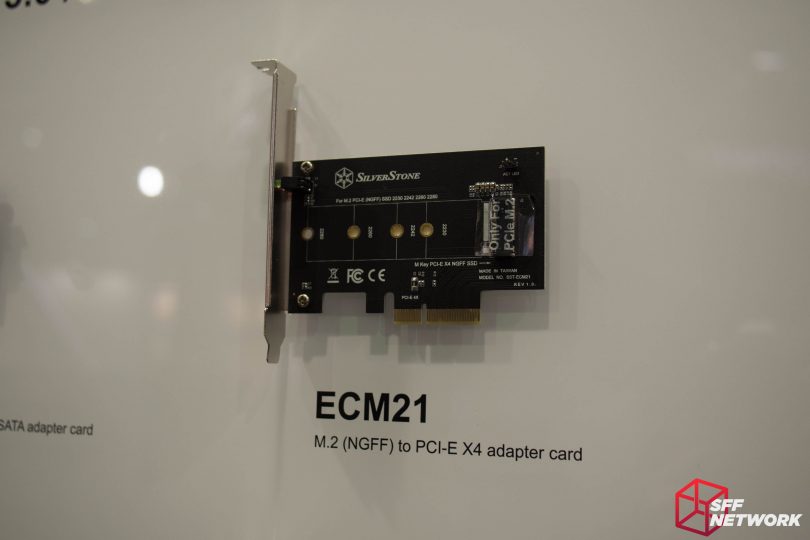 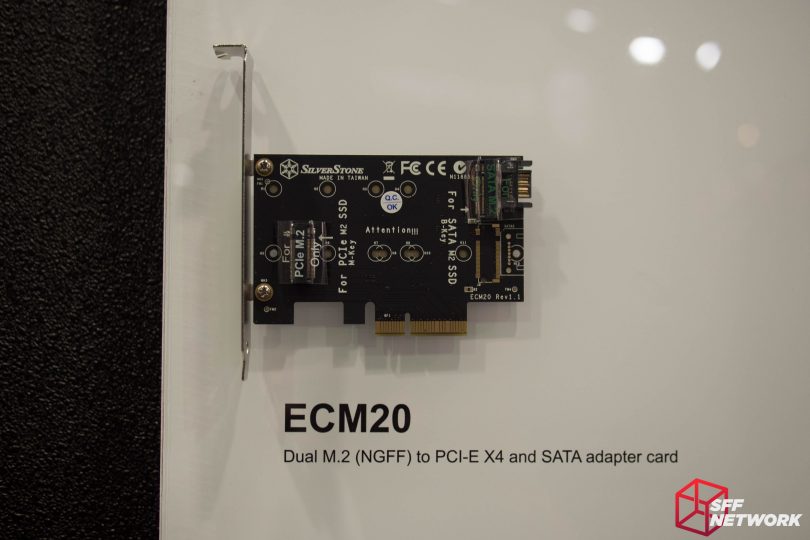 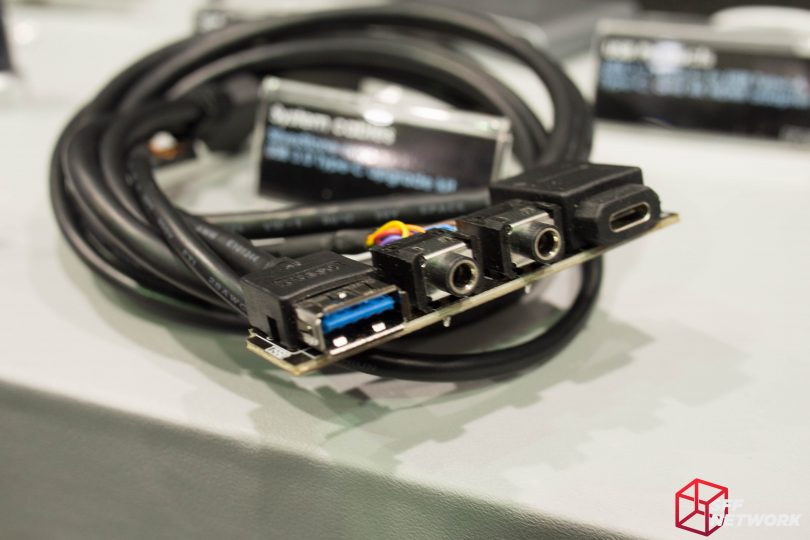 This USB 3.0 Type-C front panel upgrade unit is handy for upgrades and scratchbuilders alike! Unfortunately I cannot yet find a product listing for it.

Thoughts? Leave them in the forum.