I still remember the day, some years ago, when I stumbled upon a review of PNY’s “Liquid Cooled” GTX 580 on Tom’s Hardware. It was an unassuming article, for the most part, if not a little more interesting since sealed loops were still only starting to become more popular. But what made that product review so interesting to me was the fact that there were actually two versions on offer by PNY: A traditional AIO loop (with an integrated pump/block, and radiator/reservoir)… and this: 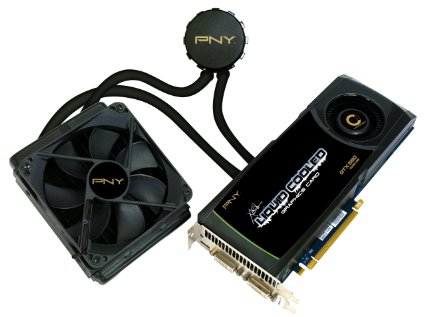 You aren’t seeing things: all the way back in 2011, PNY created and sold an AIO that incorporated a CPU block within the loop, thereby allowing users to liquid cool both their processor and graphics, without the need for two separate systems. And although Tom’s found that the CPU performance when using PNY’s AIO was essentially identical to that of a midrange tower cooler, the overall system performed admirably, especially with respect to the speed and temperature of the graphics.

Of course, it goes without saying that this sort of all-in-one solution is a terrific option for smaller systems, as keeping everything integrated means significant savings in space, and greatly reduced complexity. And, in fact, that was essentially the focus of Tom’s article, as they elected to test the product in a “small” mATX build. But for whatever reason, the idea didn’t seem to catch on, and I was disappointed when PNY eventually elected not to follow-up on the Liquid Cooled 580 in future generations of graphics.

Enter the relatively under-the-radar ID-Cooling, which has now just announced the Hunter Duet: an AIO loop that, for all intents and purposes, is a a spiritual successor to PNY’s original foray. Better yet, the Duet actually forgoes integrating with a particular graphics card, and instead supports standard mount points on GPUs, thereby supporting a plethora of cards. It even includes a fan that’s side-mounted to the water block, thereby actively cooling all of the memory chips and VRM circuitry that augment the GPU die (though the fan itself is, disappointingly, a cheap brushless unit): 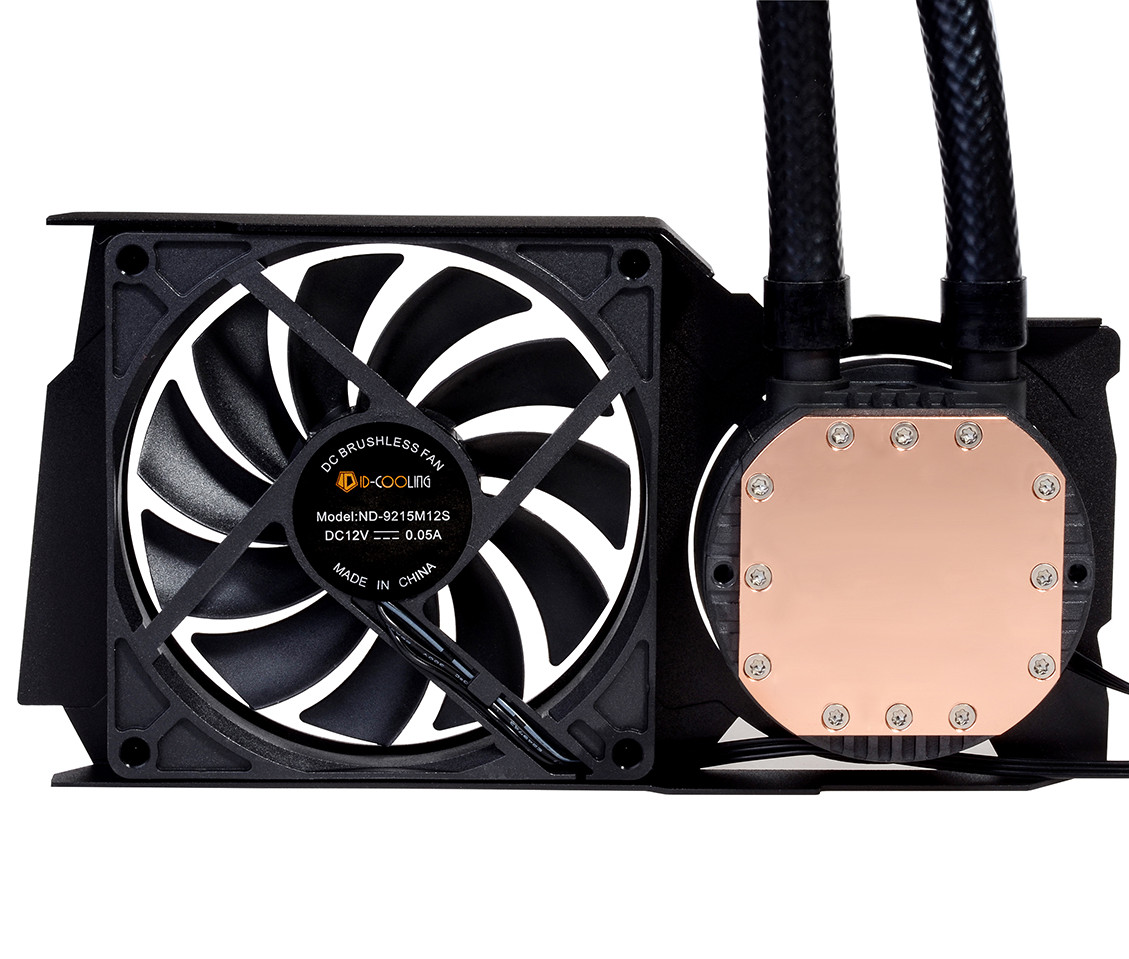 Turning to the radiator, it looks to be a simple 240mm unit, topped with two high static-pressure fans that include rubber grommets for sound dampening. Although no official radiator dimensions have been announced quite yet, the fans themselves are a standard 25mm, so the combination of the fans and radiator likely have a thickness around 60mm or so: 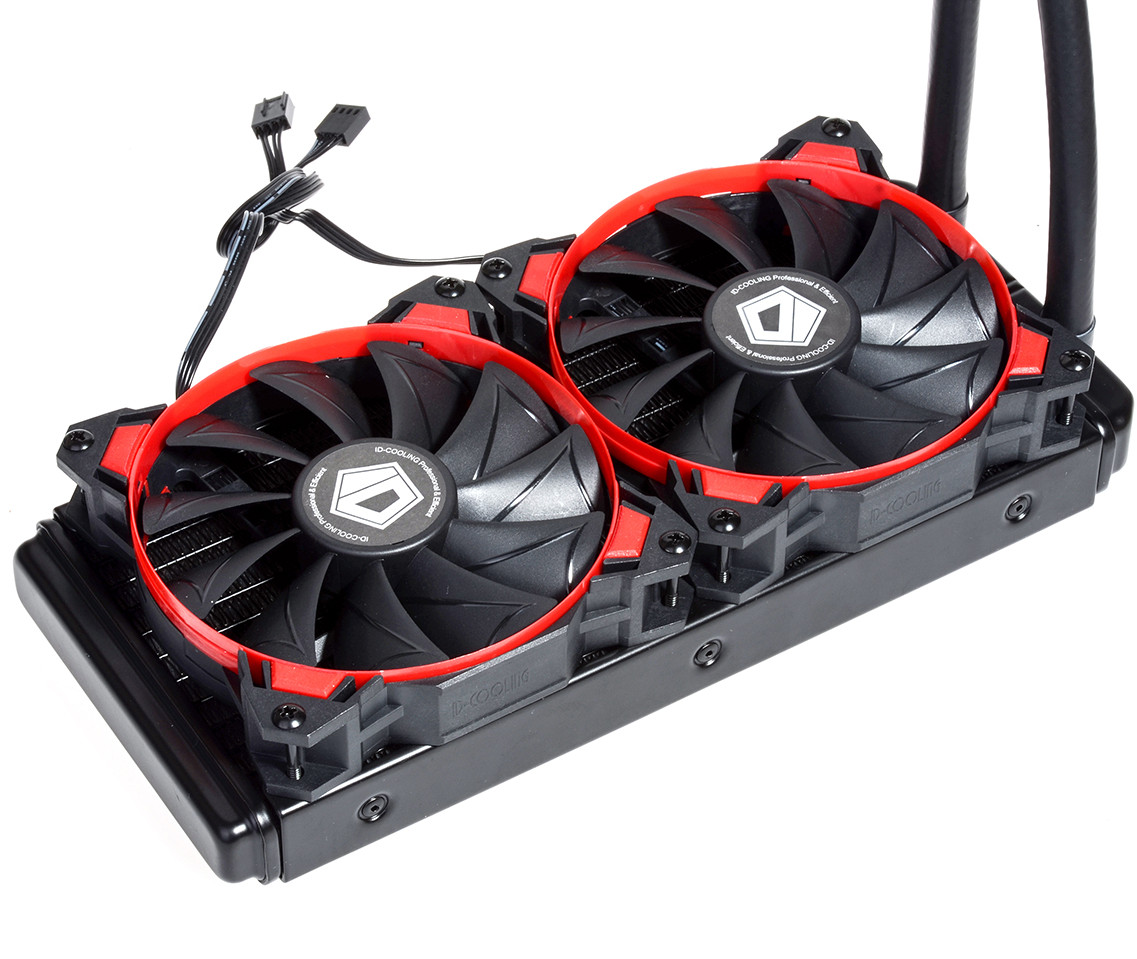 ID-Cooling also released pictures of some example builds that use their new cooler, though I think this one best illustrates the potential benefits of their fully integrated loop. For a fully liquid-cooled rig, you really can’t get much neater than this: 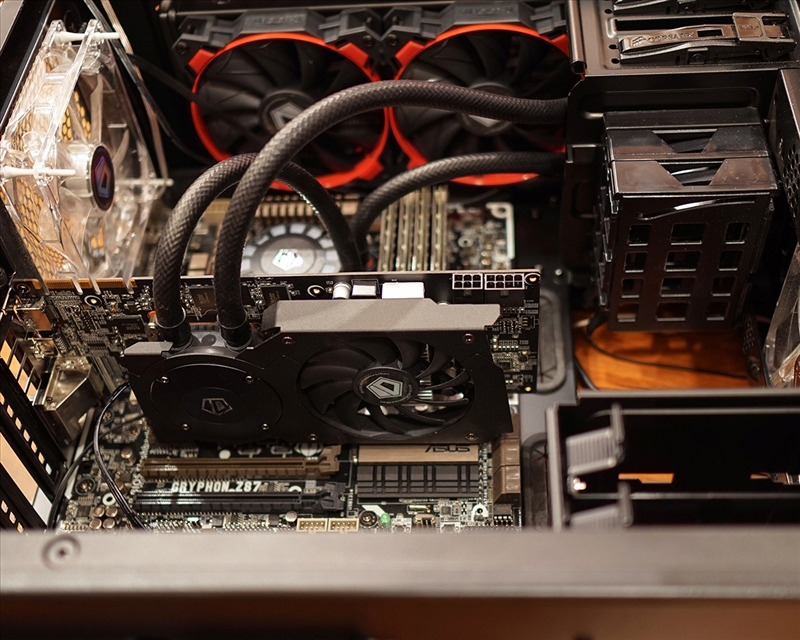 As far as availability, ID-Cooling has indicated that the Hunter Duet will land in the US “soon”, with a MSRP of $139.99.