Walking across the Computex floor, it’s easy to spot the big and bright booths by big-name consumer-oriented business – but encircling practically all of these are more modest booths that represent businesses who sell to other business. Indeed, if you simply look at a list of all participating companies, these smaller and often times more regional brands simply overwhelm the showroom floor in numbers. As such, they are often home to some of the most interesting and innovative new items in the show.

It was with an eye towards these booths that we came across an interesting enclosure by Eye Case, a Taiwanese business geared towards providing enclosures built for various industrial contexts. As one might expect, most of their cases were hulking units with serial ports galore, but there was one item – the EXC-9012 – that caught our eye, as it was a passive cooling unit. 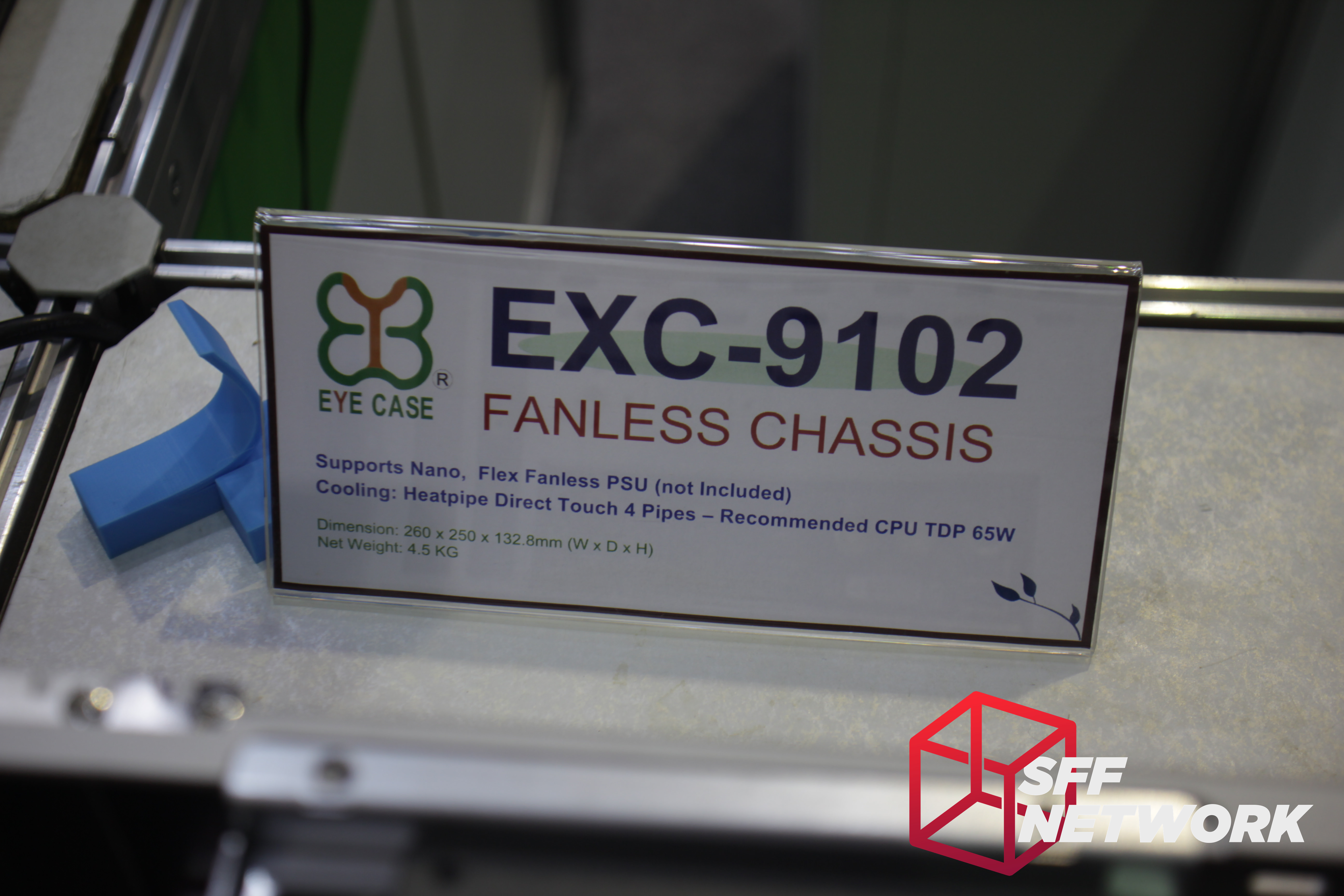 The outward appearance is definitely ‘industrial’, with widely-spaced ribs and an I/O selection that’s about as plain as they come. Even so, the design is simple enough that the aesthetic, when coupled with the sandblasted aluminum finish, actually looks quite nice to my eye. According to Eye Case, the enclosure is available in a a black and dark grey color, as well. No matter the color, though, it could look well at home as a modern piece. 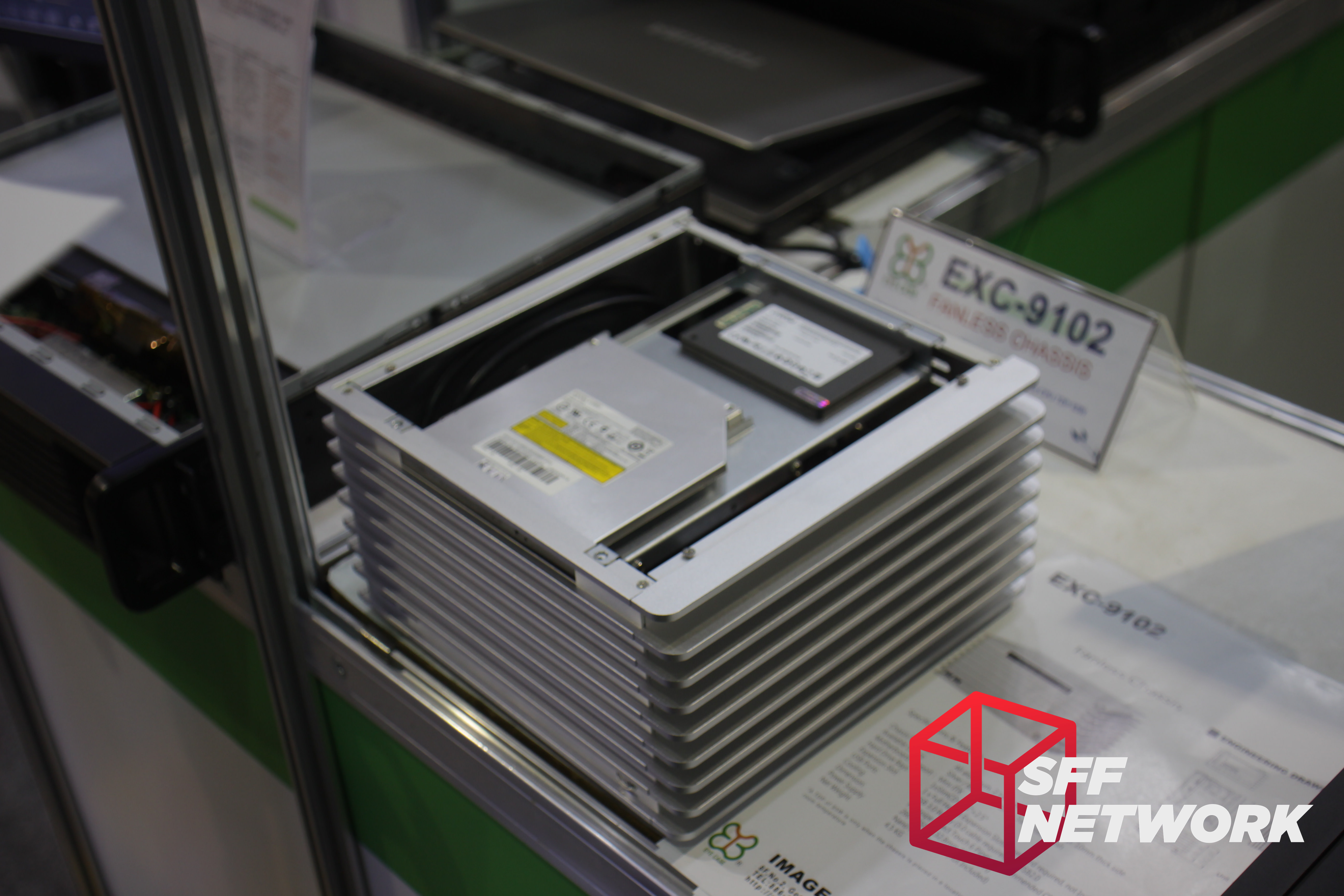 Naturally, it’s the inside that’s most interesting to us, so we elected to take a peek and crack open the top of the EXC-9012. Immediately blocking access was a tray for a slimline CD/DVD drive that doubled as a 2.5″ SSD bracket. Removing this, we were able to see an ITX board with room for a two-slot PCI device, an internal Flex PSU… and not much else. 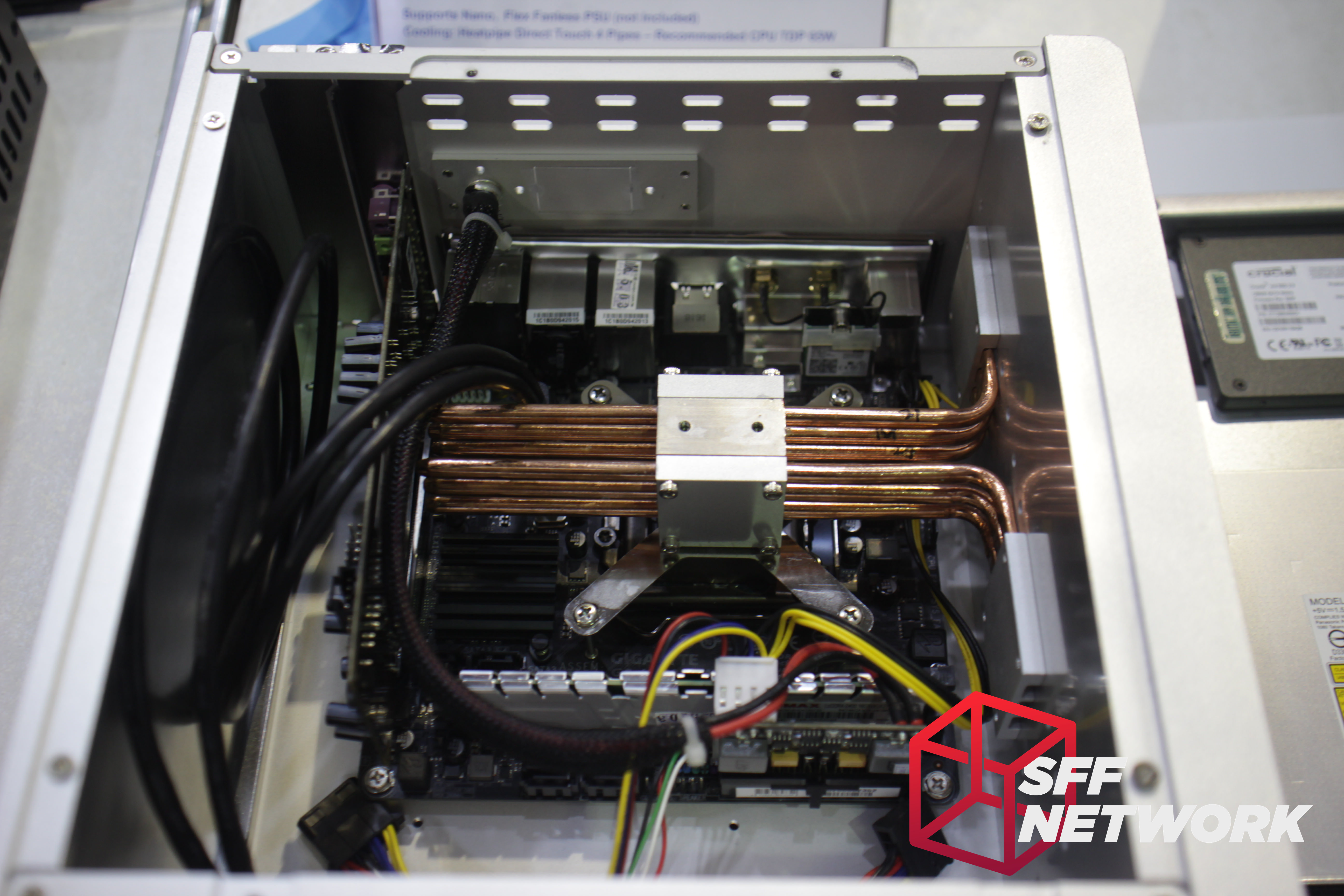 The cooling apparatus is perhaps the most notable feature. Six heat pipes spread across the right side of the enclosure come together into a pair of rails, on which a solid block of plated copper is secured, sandwiched between two aluminum plates. These plates, however, have exposed screw heads which can be torqued to increase or decrease tension, allowing for the block to be released, slid sideways, and then re-tightened. In this way, the cooler is “adjustable” to ensure proper alignment with the CPU socket of a diverse selection of boards. 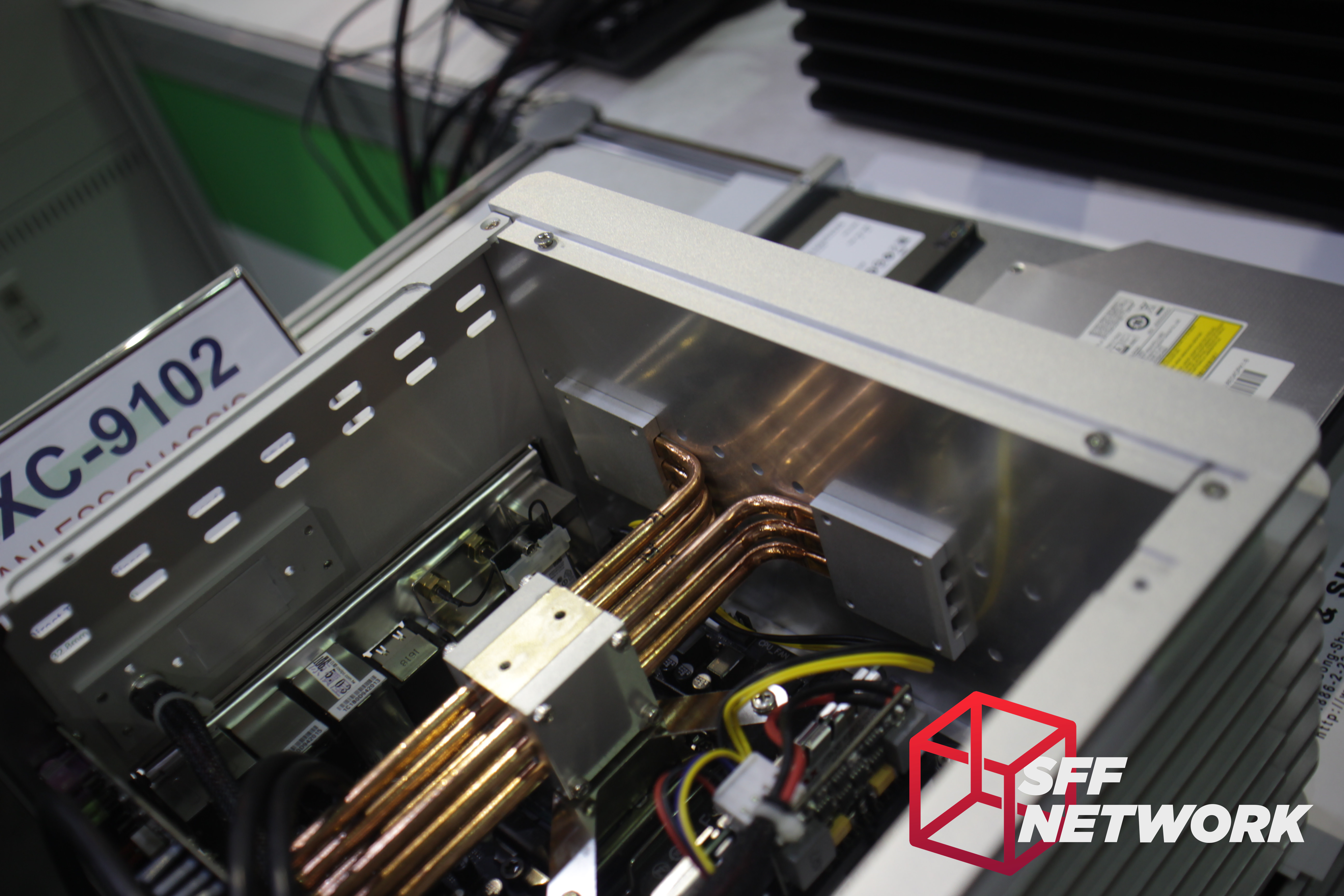 The official word from Eye Case is that the EXC-9012 ‘recommends’ that CPU’s with a TDP of 65W be used, but that processors up to 95W are supported. However, the enclosure provides no other means of cooling, and is in fact nearly ventless otherwise, meaning that those considering power-hungry PCI devices like graphics cards may need to look elsewhere. That said, a performant APU or top-of-the-line Intel desktop part should operate just fine.

Unfortunately, though, this is likely a case that would be hard for an individual to access – as I conversed with a representative of Eye Case and asked about their typical sales volume, she explained that they tend to sell enclosures to clients by the shipping container. Even so, the thought of paring the EXC-9012 with a silent power solution (such as HDPLEX) and a top Intel CPU or AMD APU (Ryzen, perhaps?) is mighty tempting, to say the least.