During Computex 2017, we had the opportunity to visit CRYORIG’s booth, full of aluminium, copper and wood! 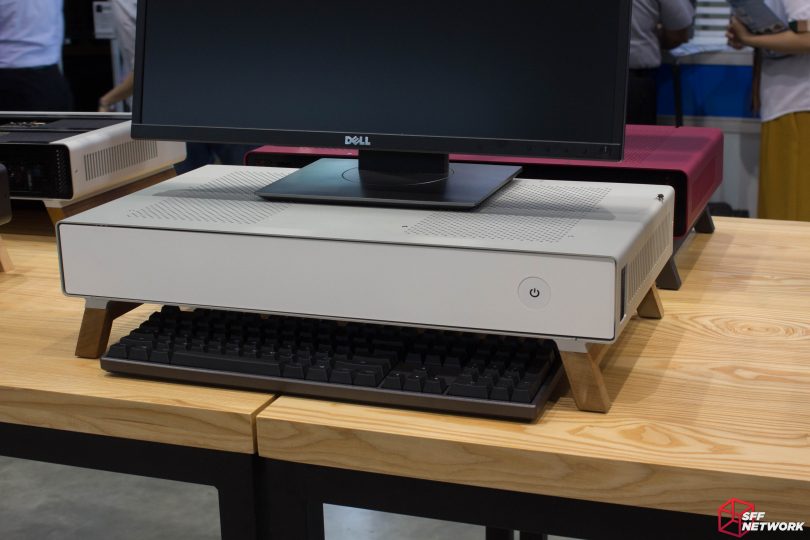 Ever since Computex last year, we’ve been looking forward to seeing CRYORIG’s Taku case in the flesh. For those that are unfamiliar, the Taku is a unique combination of monitor stand and PC case, with the base model coming replete with wooden feet (an unusual material in the enclosure space, to say the least). As such, it’s certainly piqued our interests, as it has simply been something we haven’t seen from a manufacturer before, both functionally and aesthetically.

Given this, and given that CRYORIG announced their kickstarter campaign for the Taku very recently, they had a variety of pre-production samples sitting out for all to see at their booth. We should note at this point that this chassis is a pet project of CRYORIG’s Steve Shen, only recently coming to fruition after over two years in development in conjunction with CRYORIG’s other prototype chassis, the Ola. Unfortunately, manufacturing issues have added delays to the Ola, hence the Taku becoming first to market. 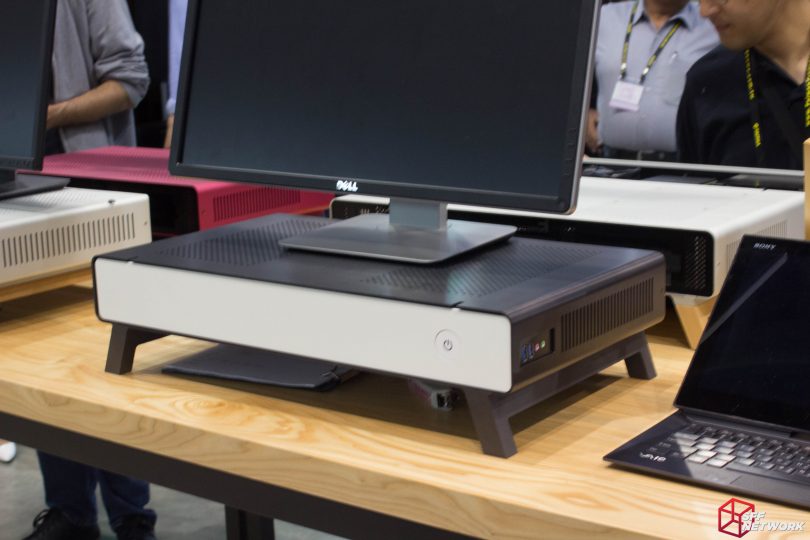 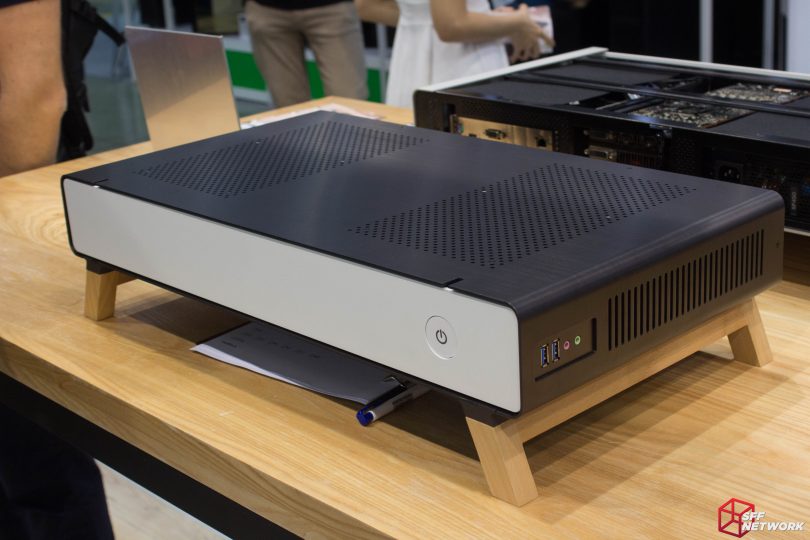 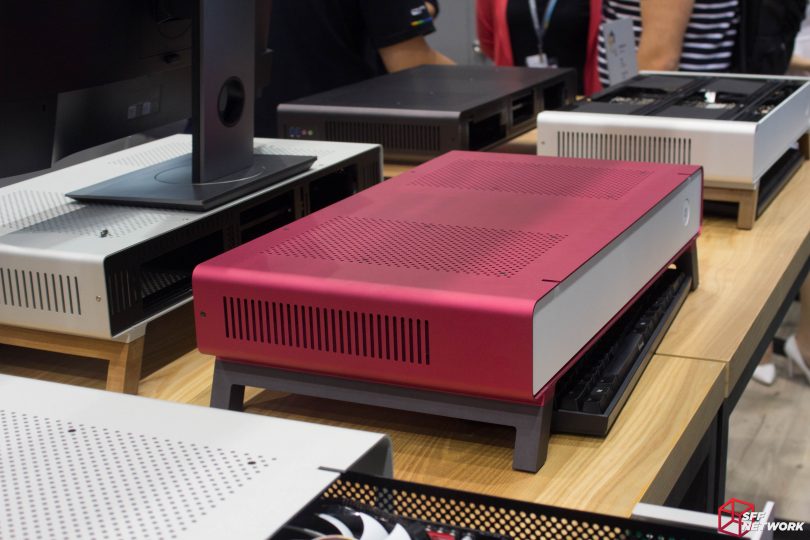 The exterior is suitably subtle for such a chassis, though it is bigger than I had envisioned – albeit not by much. Updated from the original iteration we saw a year ago, CRYORIG has added a 92mm fan to ensure safe system temperatures – a necessity according to Steve, CRYORIG’s Head of Sales and Marketing. 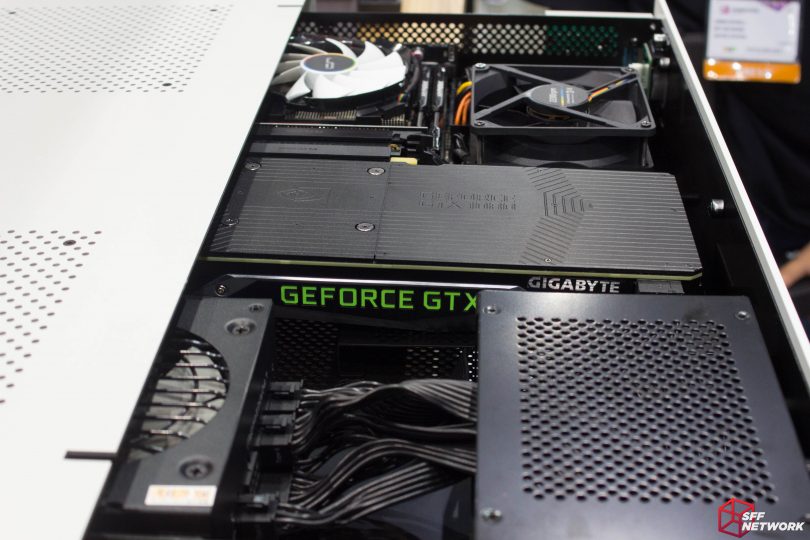 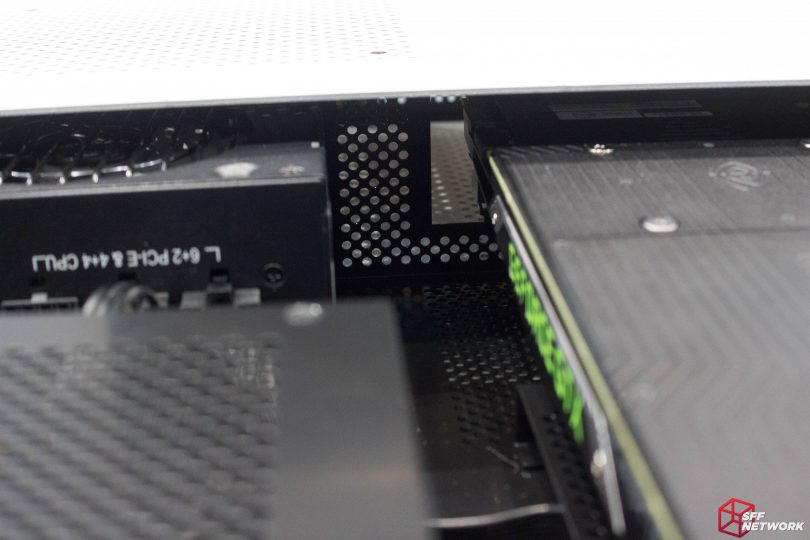 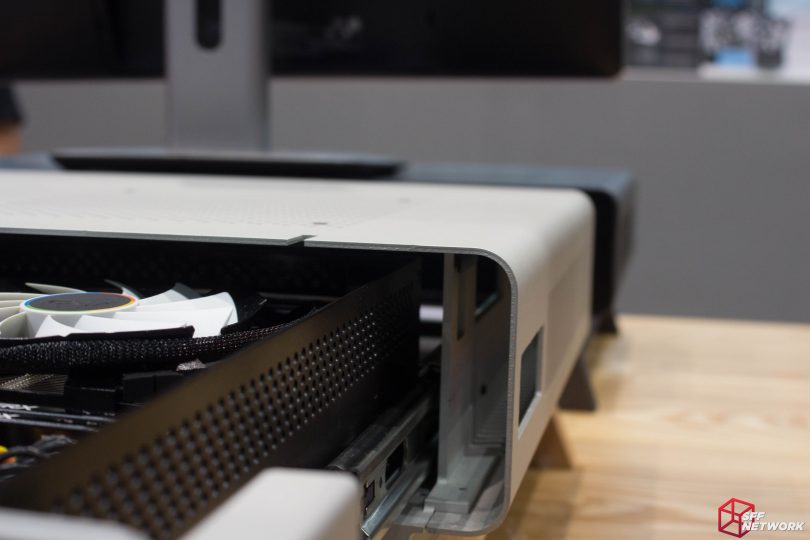 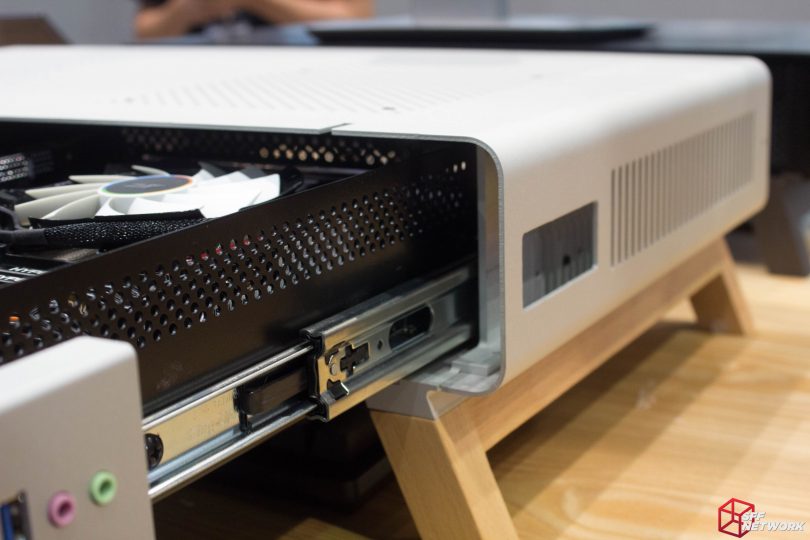 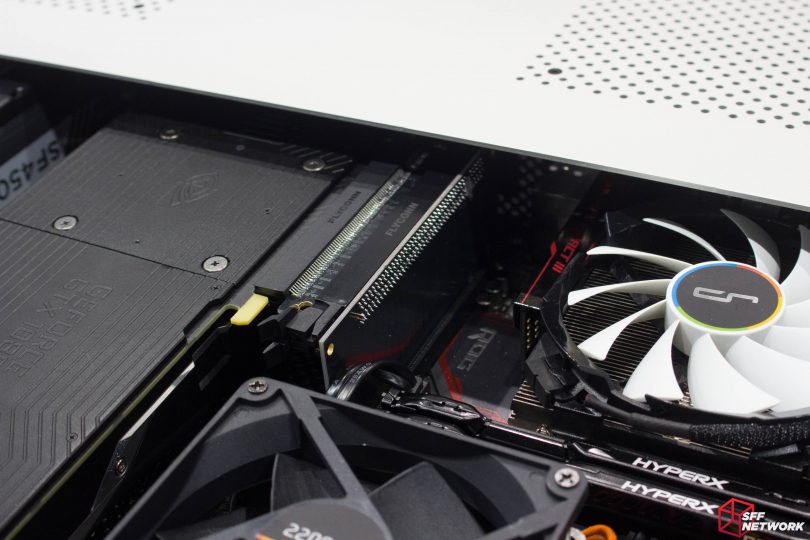 CRYORIG partnered with Lian Li to produce the chassis, which ended up being a massive learning curve for both companies. CRYORIG had never produced a case before, and Lian Li had never used wood in any of their products, nor had they realized such a unique design. The results are stunning, however, with both Taiwanese Oak and CNC (!) aluminium feet made available, the latter for a premium. 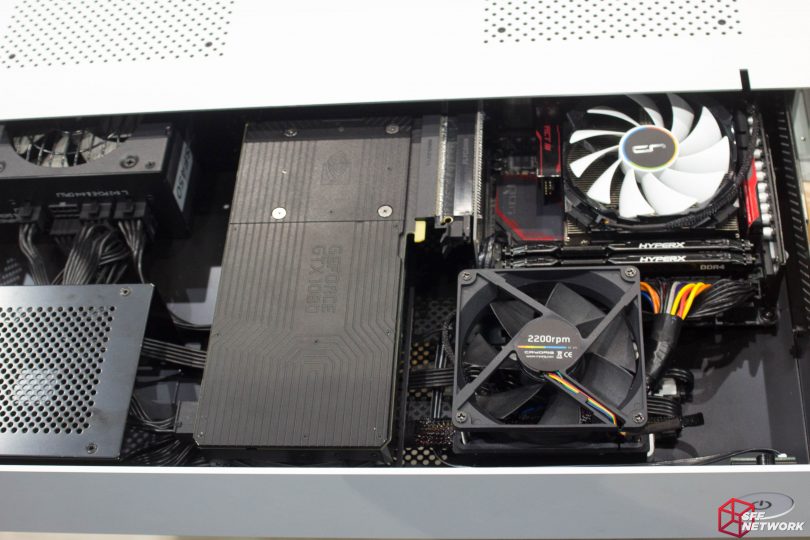 As for the chassis body, various colours are available, from plain aluminum to deep reds and a dark black. Check out the Kickstarter campaign for more information.

Also at CRYORIG’s booth were the (very recently completed) all-copper prototypes of various coolers. Of particular interest to us is the all copper C7 model – which by our estimates weighs twice as much as the aluminium variant. Yes, really – it’s quite dense. 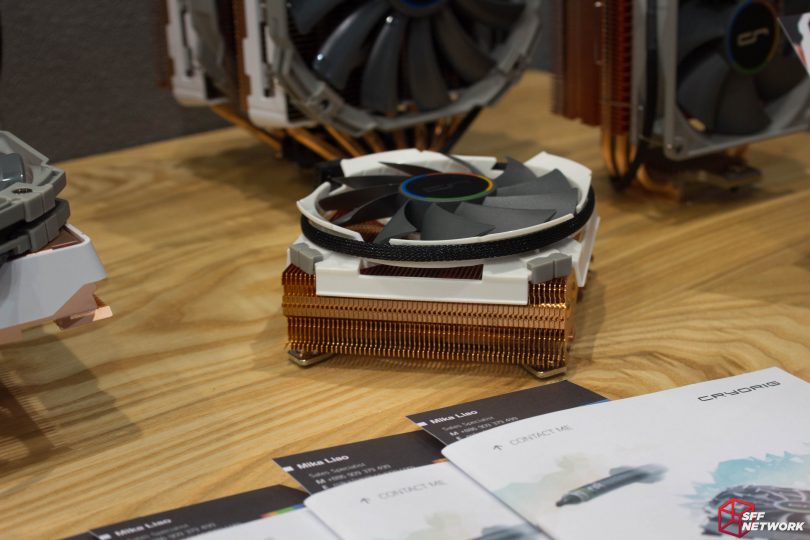 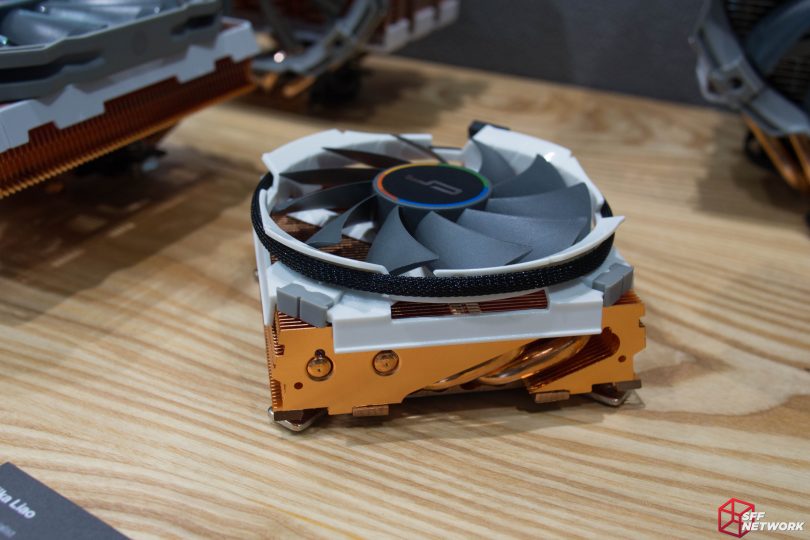 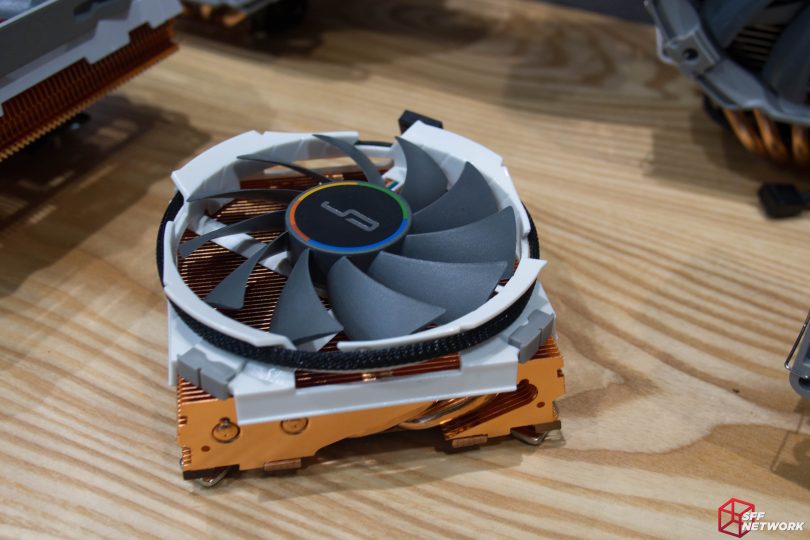 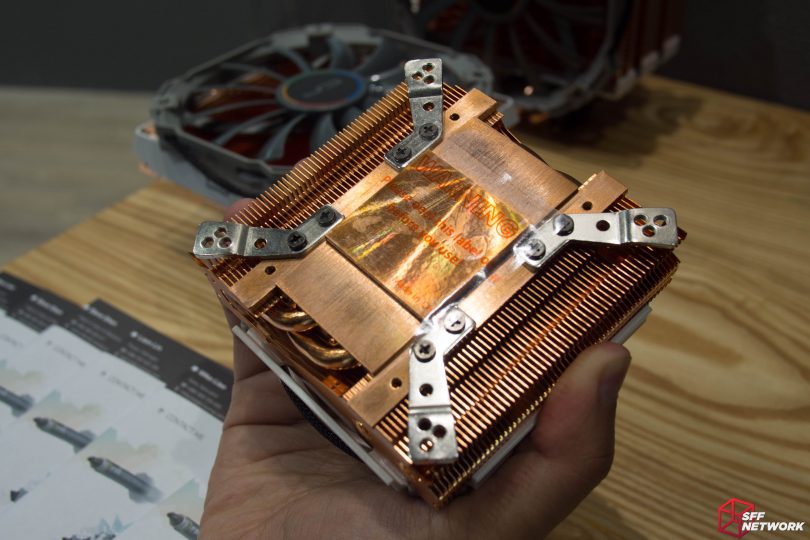 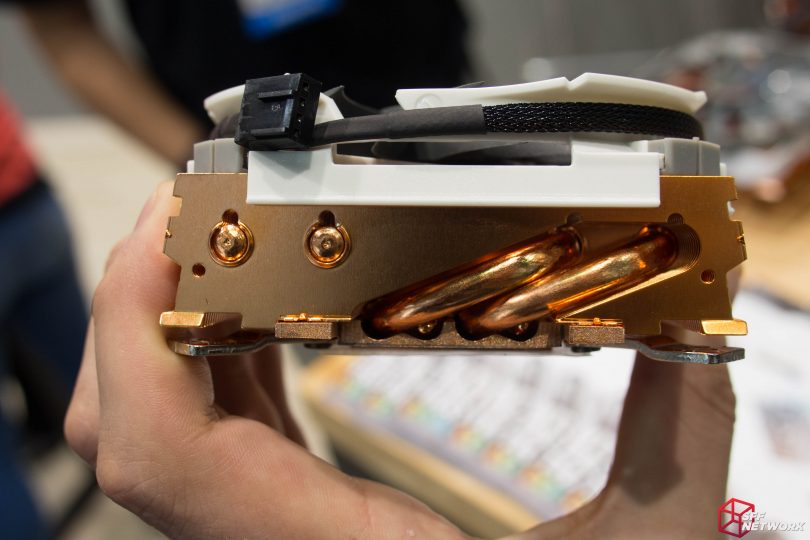 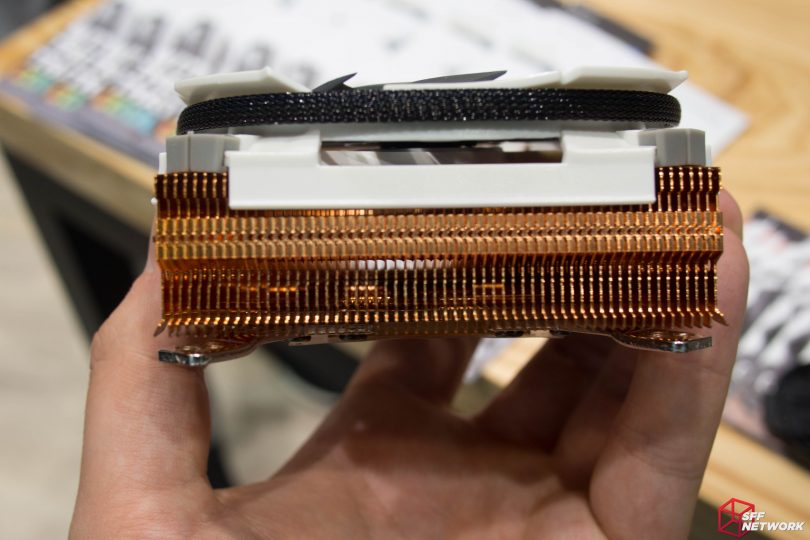 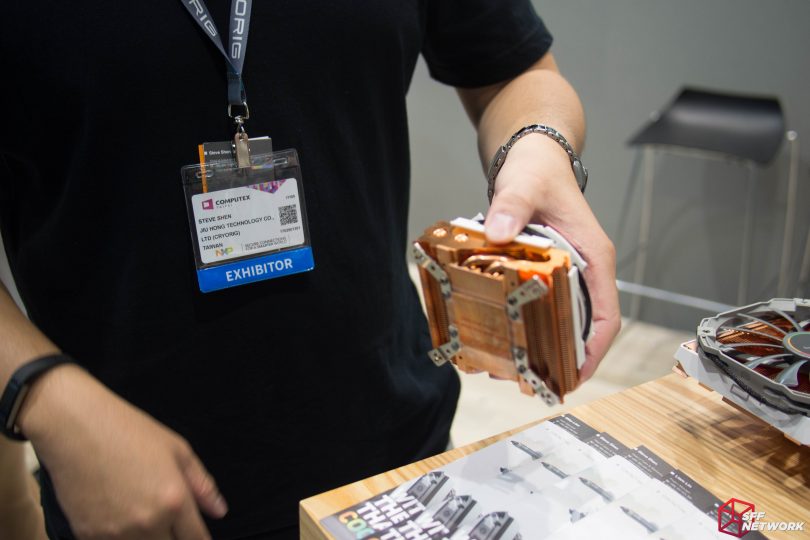 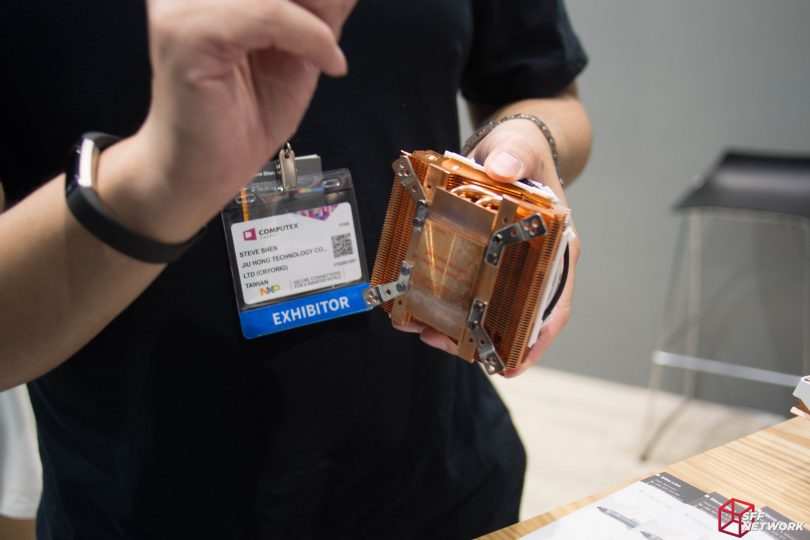 Steve related the story to us of testing this cooler, where the results were so unexpected, they are planning on running a complete re-test. Compared to the aluminium variant, the all-copper cooler is 10 degrees cooler in testing performed thus far. CRYORIG was only expecting a 1-2 degree improvement, so understandably, they will return to testing to confirm that this is indeed correct! 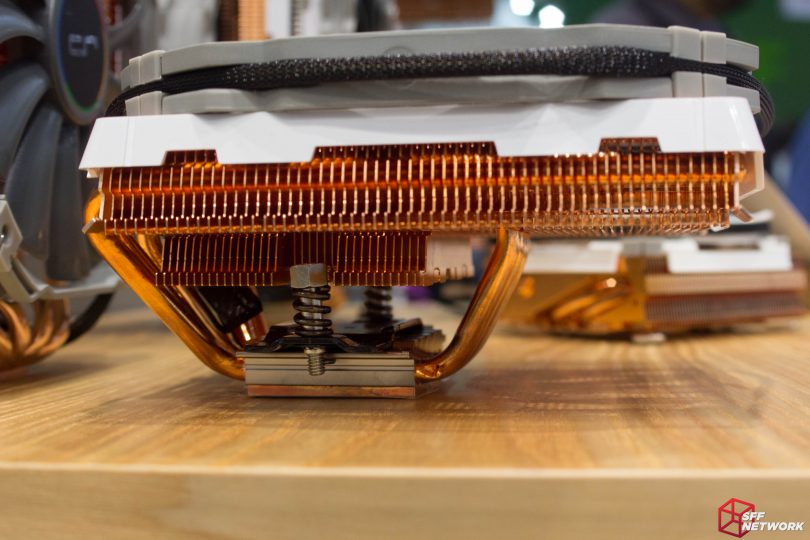 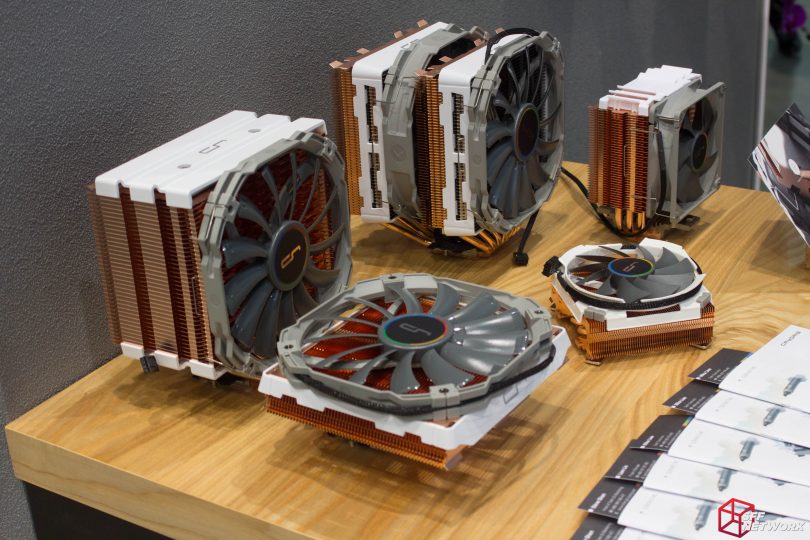 Copper variants of CRYORIG’s other coolers are also present here, with the largest weighing almost 2 kilograms, enough to seriously stress your motherboard. Understandably, these larger models will most likely not see production as they are considerably out of spec for maximum heatsink mass. Even so, they were fascinating to inspect in-person.

Thoughts? Leave them in the forum.