Edit: The product page is now live on the GIGABYTE website here.

This is the AORUS GTX 1070 Gaming Box, a truly SFF eGPU dock! After being plagued by horrendously big docks that outsized some entire ITX gaming cases for the past year, we finally have what looks to be a worthy SFF solution for adding graphics horsepower to your NUC (or laptop, we don’t judge). 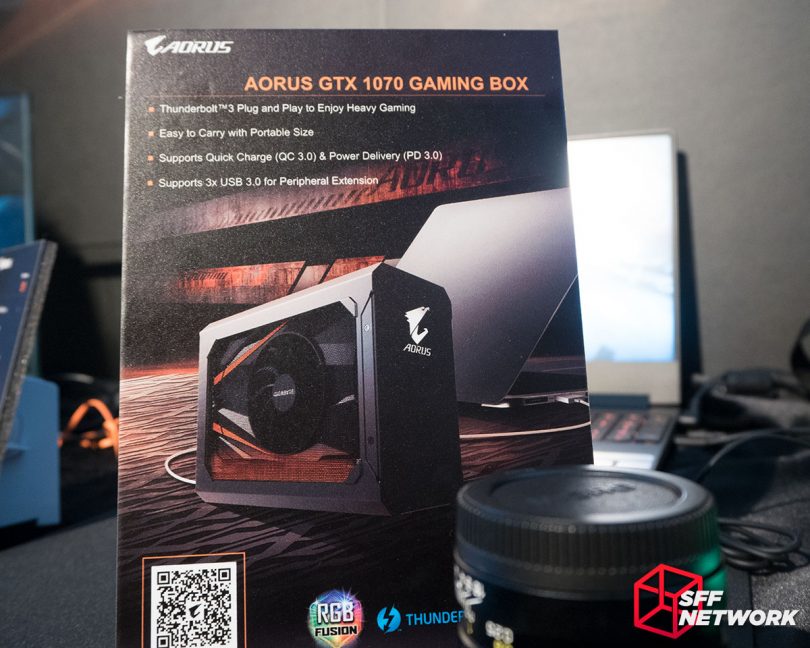 It connects to the computer over Thunderbolt 3, using what appears to be the TI83 controller, so good news for MacBook users. 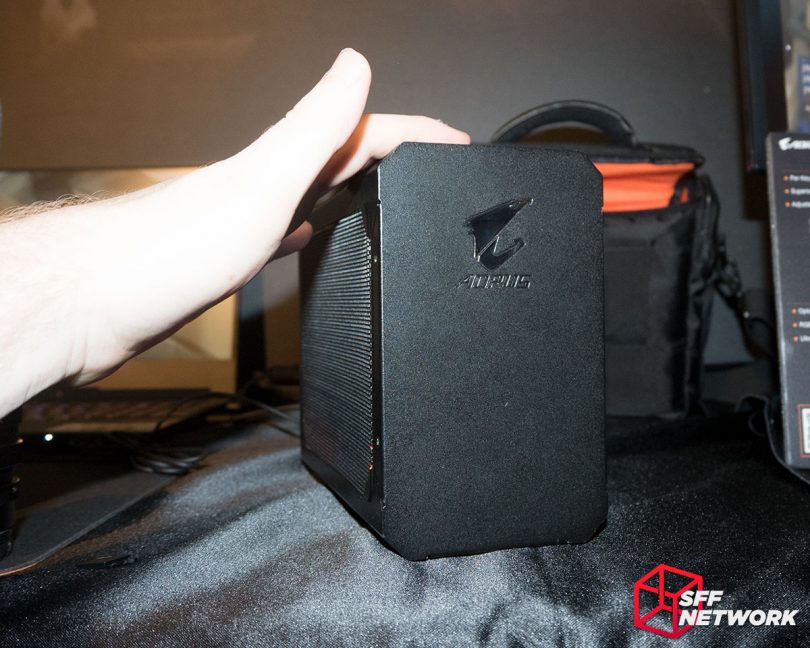 We were so excited by it’s small size that we actually forgot to measure it despite being armed with calipers and rulers! 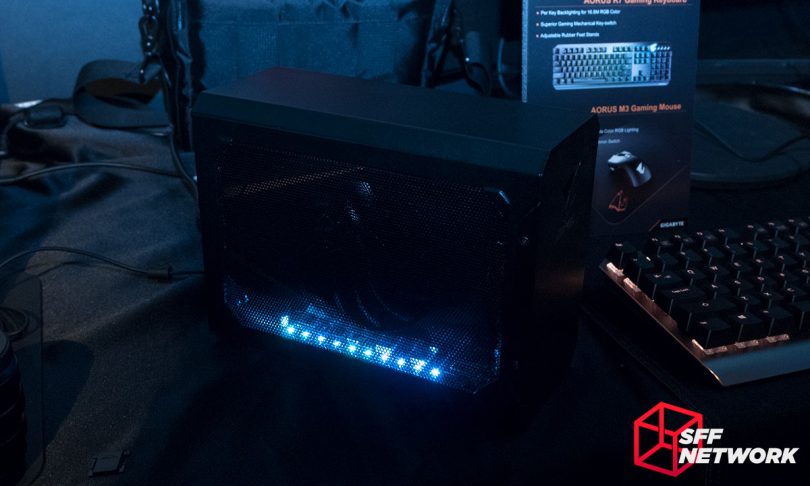 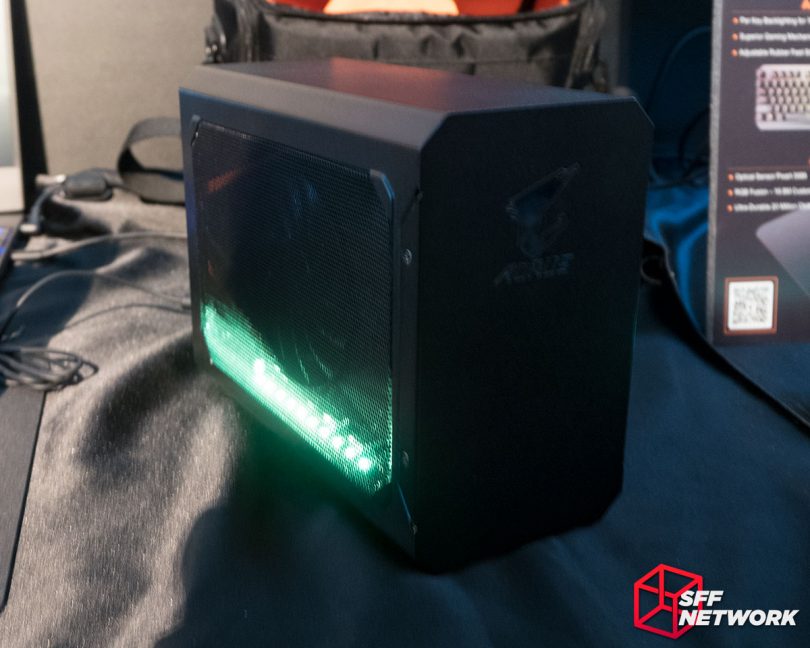 The LEDs on the bottom of the inside are RGB, because it’s Computex 2017 so of course they are. 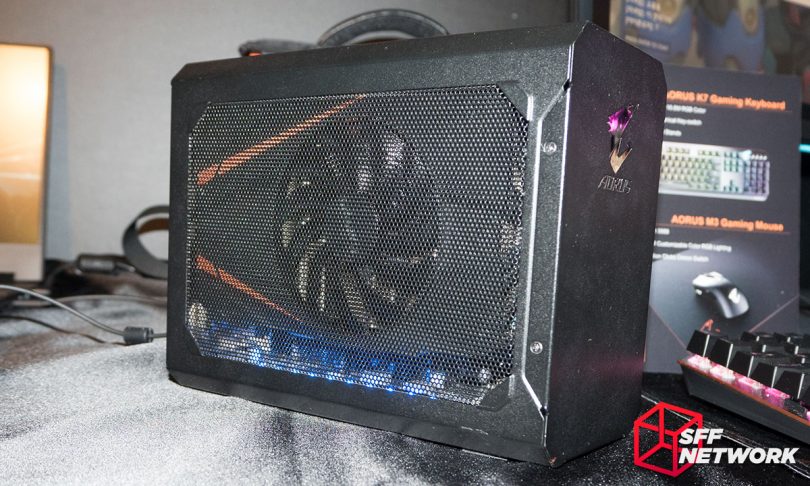 The card inside appears to be a standard GIGABYTE GTX 1070 Mini-ITX OC, though the reps we spoke to would not let us take the dock apart to check and insisted that it was not removeable.

Though it seems they’re speaking more from a warranty perspective and not that it’s some custom version. So in theory the GPU should be replaceable.

When asked if the GTX 1080 would fit, we were told something to the effect that it will soon and that they’re working on it. Make of that what you will. 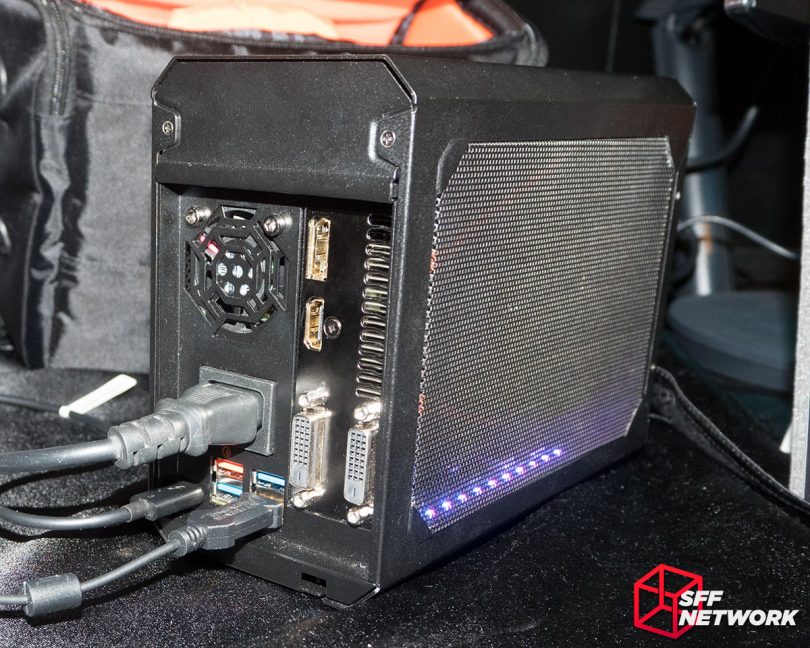 The dock doubles as a USB hub, and it also supports Quick Charge 3.0 and Power Deliver 3.0, making good use of the internal 450W PSU.

That’s right, despite being a fraction of the size of previous eGPU docks, the AORUS here has an internal PSU! And amusingly enough, it appears to be a FlexATX, so perhaps it’s from one of the vendors I covered here?

Actually, the Enhance unit I saw also has an ADDA fan and a similar looking exhaust grill…

Anyway, the AORUS GTX 1070 Gaming Box will be available in Q3 and the retail price is set for $599 including the video card.

Which I have to say is extremely reasonable because the GIGABYTE GTX 1070 Mini just by itself is about $370, then add in $80 or so for the FlexATX, and that leaves just $150 for the case and PCB if you were to try to replicate this.

Assuming the PSU can stay relatively quiet under load, I think GIGABYTE has a really solid product on their hands here that blows away the competition.