Rounding out our coverage of SilverStone’s booth from Computex 2017 is a new addition to the Argon series of CPU coolers, the Argon AR11 low-profile heatsink. 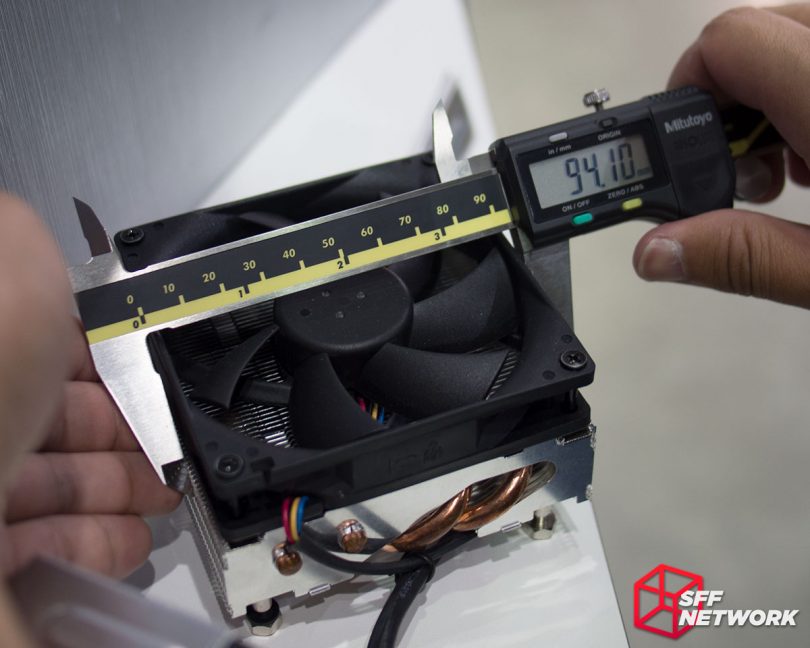 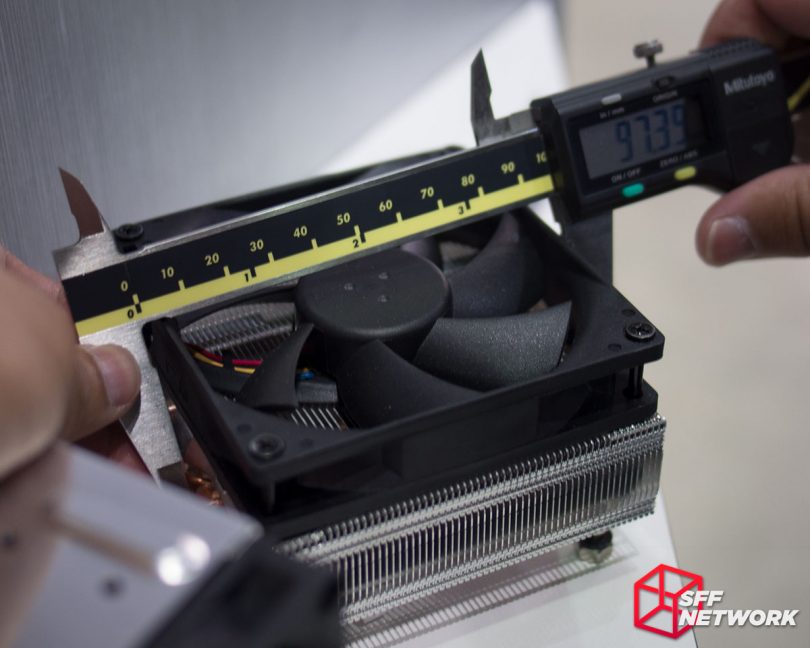 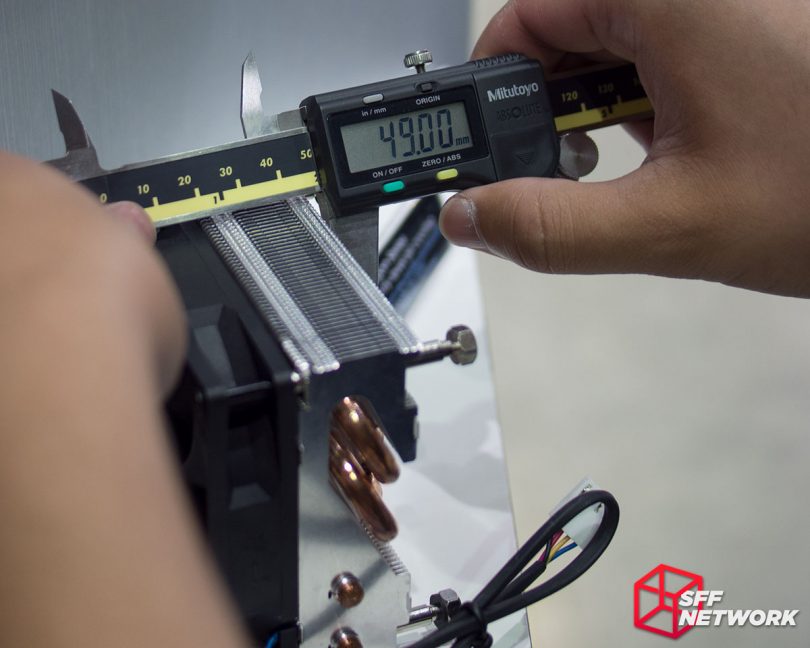 The heatsink is about 94mm x 97.5mm (including the tips of the heatpipes) in width, but the height measures in at exactly 49mm excluding the tops of the fan mounting screws. 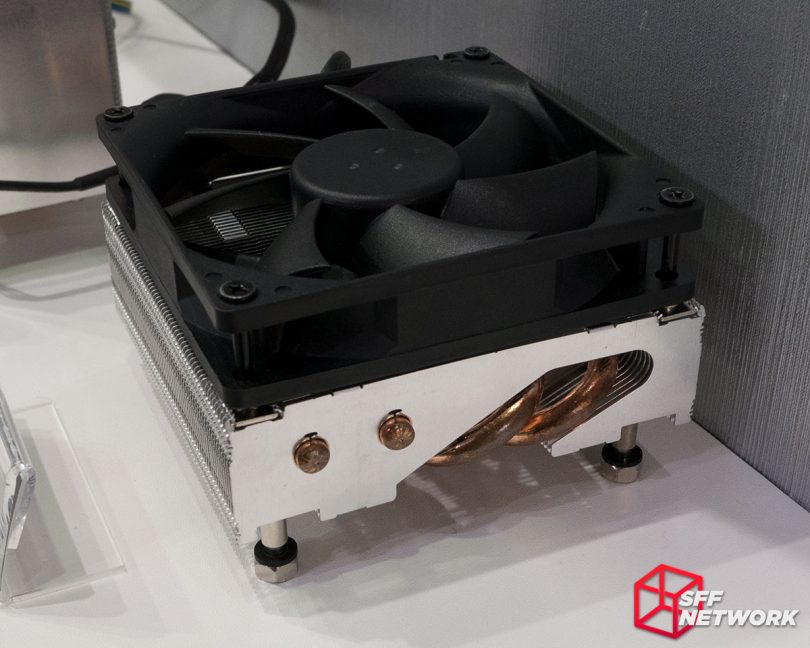 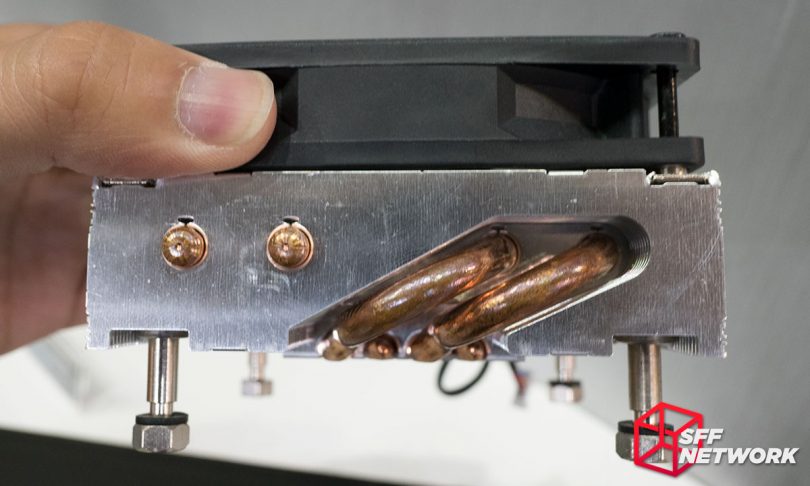 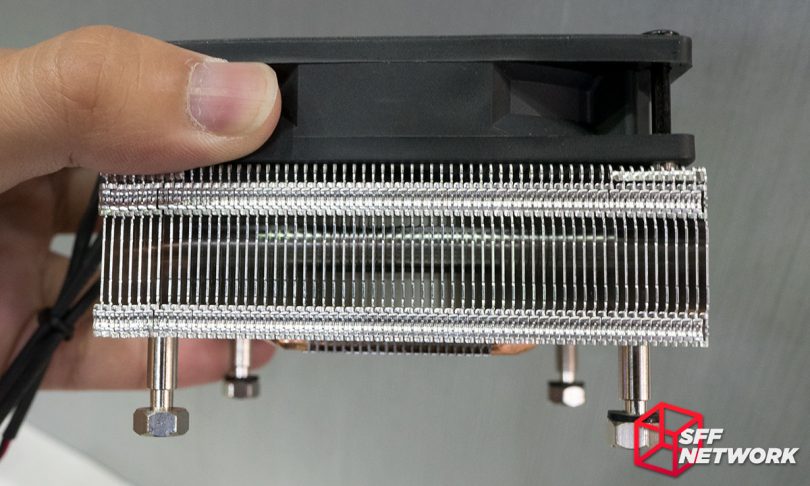 The heatsink mounting system is for Intel 115x sockets only and consists of fixed threaded studs that fit into the mounting holes on the motherboard. Then there are nuts that have to threaded on from the backside, so either installing the heatsink to the motherboard prior to installation into the case (or having a case with a backplate cutout) would be highly recommended. 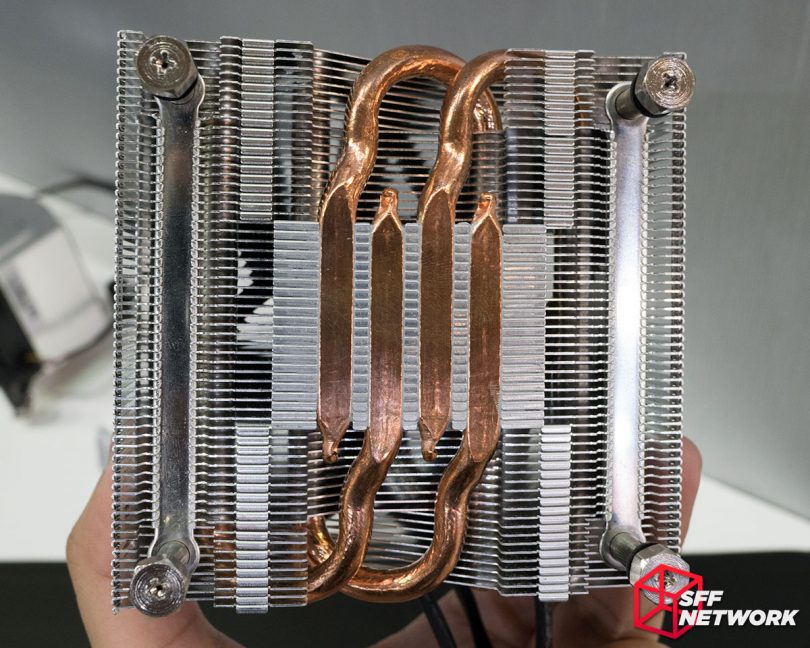 The construction of the AR11 is rather unusual in that there isn’t the typical copper baseplate that everything is attached to. Instead, it uses 4x direct-touch heatpipes and the mounting system is attached to the fins. Also, the heatsink is intended to be used with CPUs up to 95W.

I worry this means the heatsink won’t be as rigid and slight flexing could cause the heatpipes to not evenly contact the IHS though, but we’ll have to test it and find out.

The SilverStone Argon AR11 is expected to release later this year in the fourth quarter. No word on price, but I suspect it’ll be pretty affordably priced considering the unusual construction does away with the expensive machined baseplate.