You are using an out of date browser. It may not display this or other websites correctly.
You should upgrade or use an alternative browser.
Download Link
Apologies for the late delivery! Moving forward, expect podcasts to land the weekend they're recorded!
Last edited by a moderator: Mar 9, 2016
Reactions: craigbru and Phuncz
Click to expand...

First time we have had a guest on the podcast

A nice podcast, I liked the Sudhian story as I wasn't aware why it disappeared, I loved that forum too. 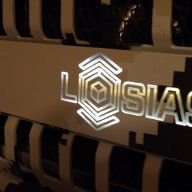 I had a great time on the podcast, and it was an honor to be the first official guest. It’s unfortunate that the recording times make it a little hard to keep everyone around afterwards. That was pretty enjoyable as well. I’ll try and catch you guys and listen in live on future recordings.


Yes, Sudhian was a great site back in the day. I had a lot of my own history tied up there, as they were one of the first forums in which I was an active member. For those that are really old, Sudhian used to be ViaHardware.com. It’s also interesting that they had a much broader scope when first launched. Their focus wasn’t so much on SFF. They had a sister site called SFFTech.com where that was the focus, and it launched in 2003. They shared content where applicable, and somewhere in the 2004 time frame, all content started being essentially the same. Sudhian at its prime commanded a pretty high Alexa ranking, and it’s Folding@home team was one of best in the world. I just checked their stats and they’re currently still ranked at 355, although I seem to recall they may have been top 20 at one point. Heck, I was a top 25 folder for them myself. All in all, there was a lot of nostalgia there.
Last edited: Mar 7, 2016
Reactions: Phuncz

Bit late but I've updated the OP with timestamps. 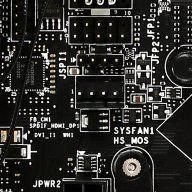 Been loving these episodes, guys. I'm new to the SFX community, but I'm really enjoying all the info. Quick question: Any chance this podcast could become available through Pocket Casts (the primary podcast app I use)?