hey any updates on this? Did it end up being worth investing building the enclosure, or should i just go and buy the dell 330w unit?
Reactions: BrotherStein, Julio Espinosa and Biowarejak 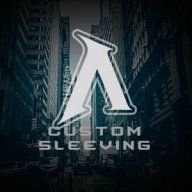 nitestryker said:
hey any updates on this? Did it end up being worth investing building the enclosure, or should i just go and buy the dell 330w unit?
Click to expand...

Yeah, sorry about that. I thought I'd be able to do the testing with that GTX 690 but apparently it's load spikes are too much for the unit or something because as soon as I hit it with a program that utilizes the GPU a lot it spikes and the unit just powers right off.

I did finally manage to get my hands on a 980ti last week tho so I'm hoping that I can try and test it again with that card in the next few days and then I could have a more complete answer for you all.

Sorry it's taken so long everyone, definitely wasn't my intention. :/
Reactions: BrotherStein, cmyk78, Biowarejak and 2 others

Installed the card (Zotac 980ti Amp! Extreme to be exact) and did some playing around with it for a couple hours yesterday.

I will say that I had to steal one of the 40x40x20mm fans to resurrect an old PC for my sister for Christmas but the temps of the unit didn't seem to suffer too much. I measured 38°C tops on the exterior aluminum while testing.

Will be trying it again with 2x 20mm thick fans tho to see if I can bring temps down even more.

During my short testing time I was only able to keep a ~310W load on the PSU without tripping the OCP. Was quite the balancing act between underpowering/clocking the GPU, fan speed, and the Game settings. (Used Zotac's Firestorm tuning utility and the Witcher 3 for testing)

I probably would have the final conclusion already if I had a variable DC dummy load I could throw at it but they're a bit out of my budget to buy for a mod...

Nevertheless, I'm looking into seeing if I can build my own dummy load and/or identifying the limiting component for the PSU. Hopefully I can recruit some people in the electronics subreddit to help me out.