Last week MSI and Phanteks announced a partnership to offer front-panel USB 3.1 Type-C ports involving the upcoming MSI Z170A GAMING M7 motherboard and Phanteks Enthoo Elite case. While the motherboard itself is ATX (*yawn*), the connector itself is highly exciting because anyone who’s had to deal with the USB 3.0 header knows how cumbersome it is.

The cable is typically stiff and unmanageable in a tight SFF build and if that wasn’t bad enough, the header connector itself is finicky. Sometimes it comes loose from the header when working in the case and causes the front panel USB 3.0 ports to lose connection, and then sometimes it’ll rip the plastic part of the header from the motherboard when unplugging it, possibly bending the pins in the process. All in all, a rather frustrating connector to deal with.

It remains to be seen if the cable on the new USB 3.1 connector is any better from a cable management perspective, but the header itself is already a huge improvement: 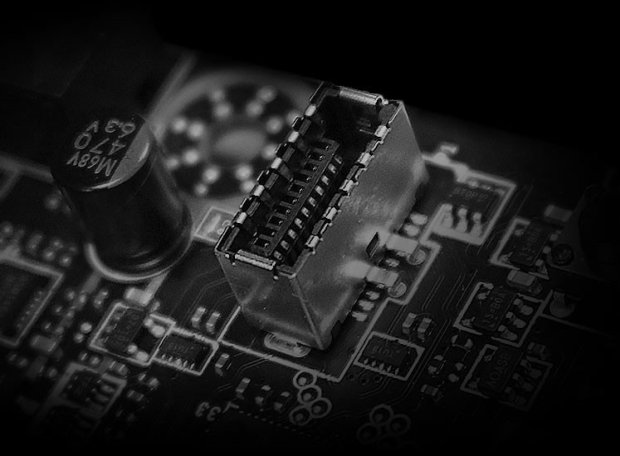 The header has a metal exterior that is soldered to the motherboard, which should prevent users from accidentally ripping it off the board, unless you go all Hulk on it like a certain forum member. The contacts are also the springy-type (like PCI Express) which will eliminate the possibility of accidentally bending the pins if you’re not careful plugging/unplugging the connector like on the USB 3.0 header. Both things I’m very happy to see.

As far as has been announced so far, only that one M7 board will feature this new USB 3.1 connector for MSI, but looking over the leaked 200-series motherboard pics, two ASUS boards will feature it that are of interest to SFF enthusiasts: 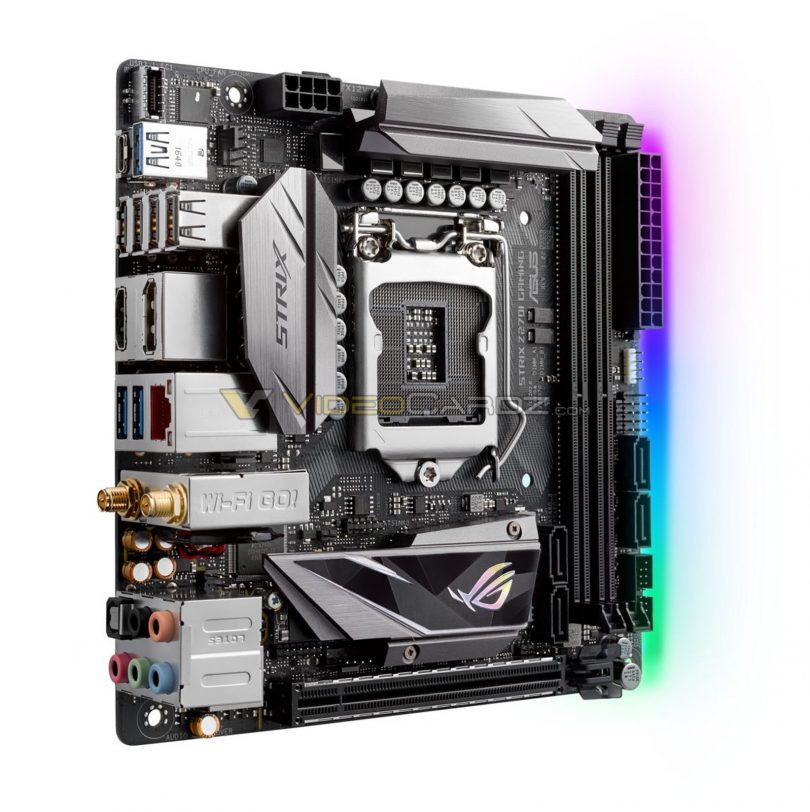 First is the ASUS STRIX Z270I Gaming, a high-end Z270 Mini-ITX motherboard, and it sports the new header in the top-left corner. A somewhat inconvenient location to put it, but it’s certainly better than not having it! 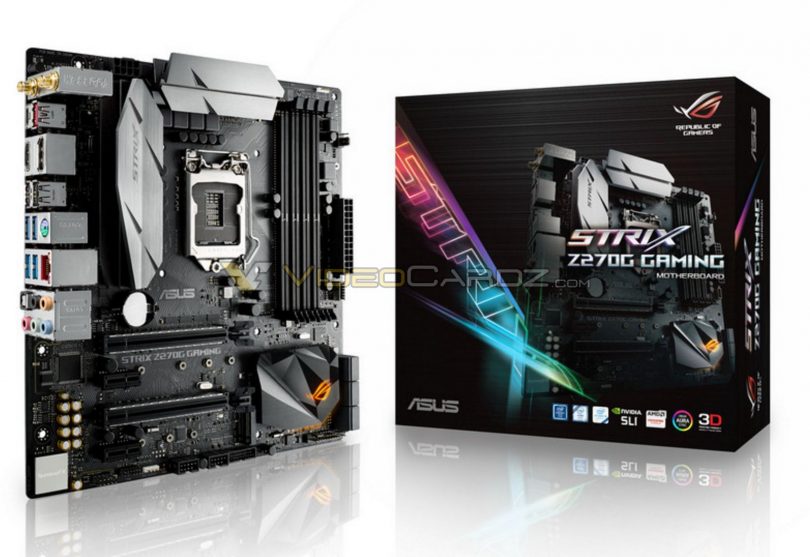 And the other is the ASUS STRIX Z270G Gaming, a microATX companion to the above board. The USB 3.1 header is located where the 3.0 header traditionally goes, right under the 24-pin power connector. Hopefully this is an indication that ASUS feels the new connector will become commonplace on cases in the near future.

The remaining question is what does the connector on the end of the front panel cable look like?

That was answered today when reddit user /u/naalty posted a link to a Lian Li product page for their new USB 3.1 Type-C front panel. 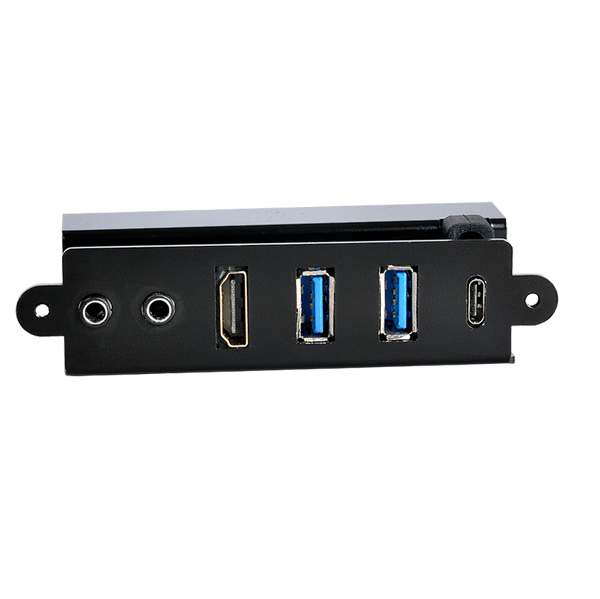 And more importantly, it includes a picture of the cable connector: 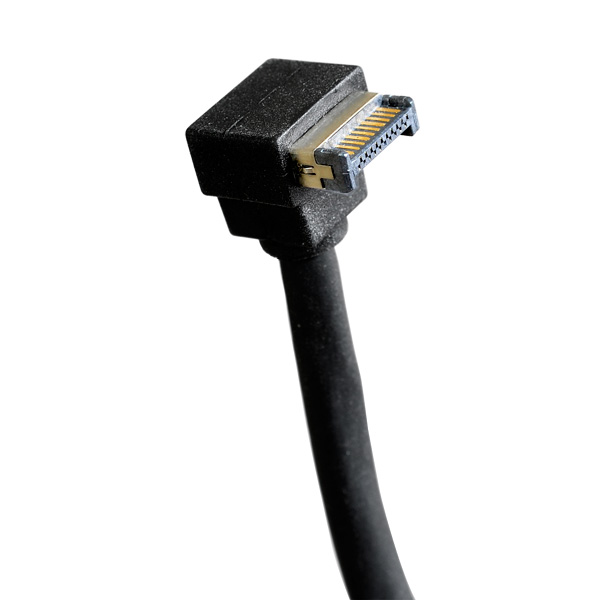 While I’m disappointed it doesn’t include depressable locking tabs like DisplayPort, there are little clips on the sides that should provide enough friction to keep it from wiggling loose if accidentally tugged on while working inside the case.

I could just be improperly interpreting the picture due to the lighting and angle, but if it is indeed keyed, an angled connector like this could cause some issues. On something like the Mini-ITX STRIX board, if the chassis is close up against the top edge of the mobo, then there would be only one direction for the cable to route. So hopefully this has been taken into account and if angled cables are part of the spec, the direction they’re angled has been standardized.

Another tidbit of info gleaned from the Lian Li page is a possible explanation to why these front panels are so full-featured, with the USB 3.1 Type-C, USB 3.0 Type-A ports, headphone/microphone jacks, and a HDMI port: 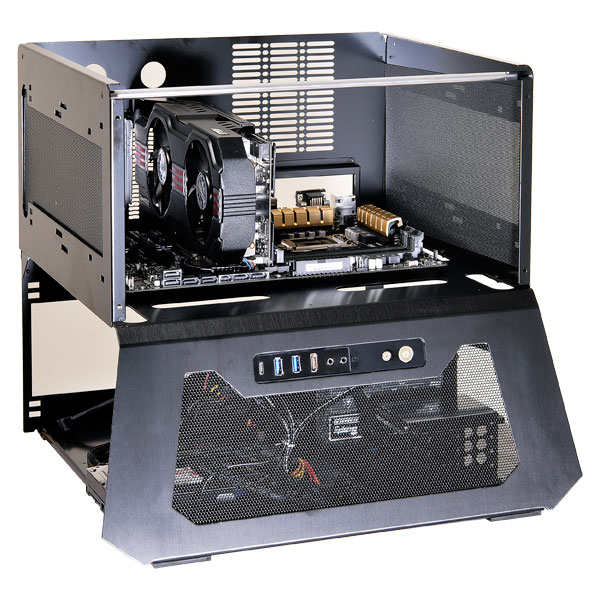 If you look closely, there are multiple cables running up to the front panel, so while the MSI and Phantek announcement suggested all those front panel connectors were running off this one, new uber-connector, it looks like the reality is a bit more mundane: the other connectors are just wired separately to the normal USB 3.0 and audio headers.

That does leave the question of the HDMI port though, which could be running off the new connector. But then that raises a new question of whether the motherboard can route that to a discrete GPU or is limited to onboard video. Since the front HDMI port is being advertised as a VR feature (by making it easier to plug the headset in), I’m skeptical that it would be limited to just the onboard video, but on the other hand there hasn’t been any talk of routing video through the motherboard to the video card for this generation that I’m aware of.

So another mundane explanation would be that it’s just a pass-through cable that routes out the rear of the case and plugs into the back of the video card, like how cases used to implement USB 3.0 before the 3.0 header became commonplace.

More than likely the answers to these questions will become clear at CES, which we will be covering so stay tuned!

Continue the discussion in the forum here.