SilverStone has unveiled a new addition to their Nitrogen series of products: the 33mm ultra-low-profile NT08-115XP.

Below you can see that it uses Intel’s standard push-pin design. As much as I loathe push-pins, SilverStone’s grade of plastic seems less prone to self-destruction. 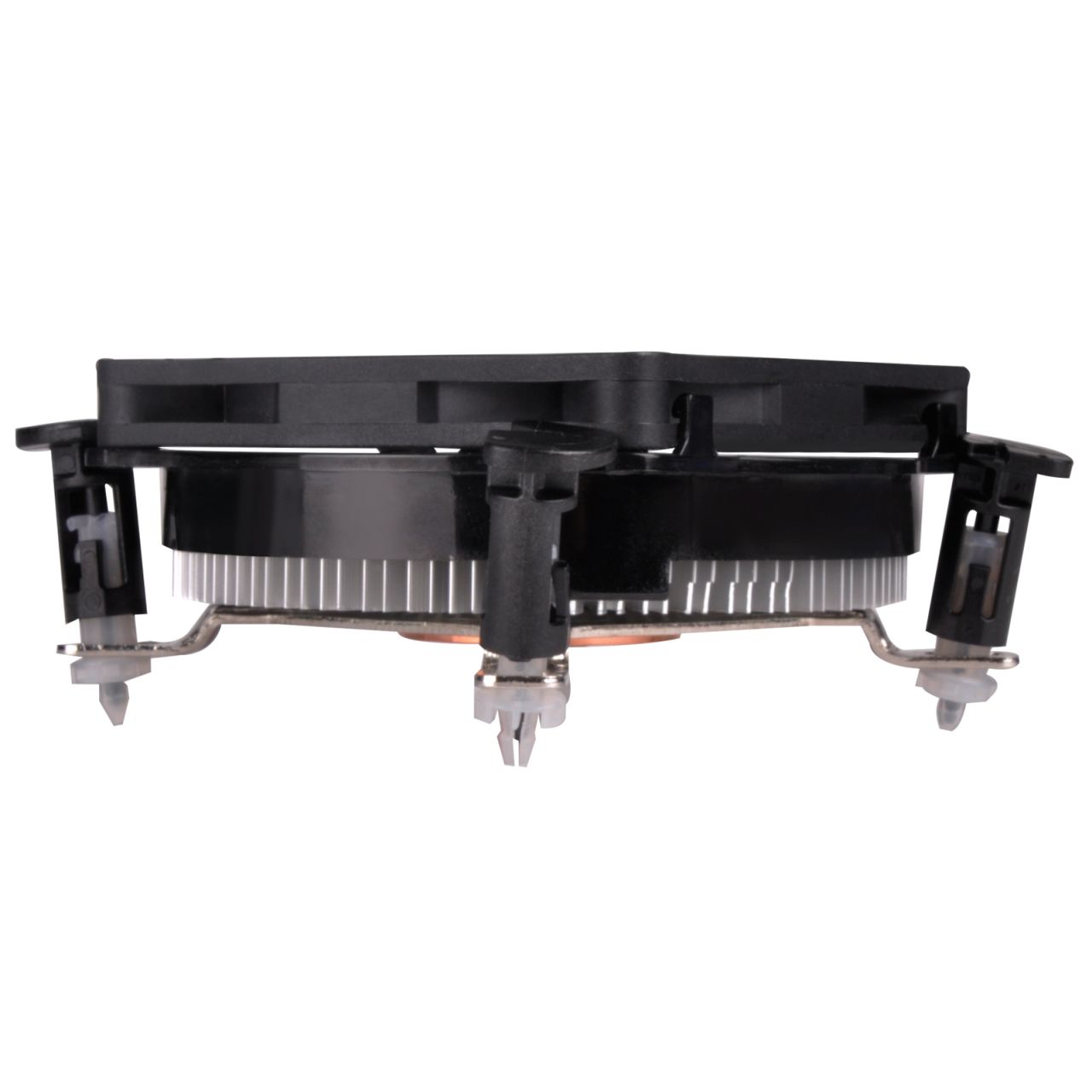 The high-density aluminum fin structure is centered around an open cavity just above the solid copper base. Judging by the use of fan-clips, it looks like users could easily replace SilverStone’s stock 10mm sleeve-bearing fan with a 25mm fan of their choice (making the HSF 48mm tall in total). Noctua’s 25mm NF-A8 PWM and 25mm NF-R8 redux-1800 PWM would both be solid replacements if you have the space. 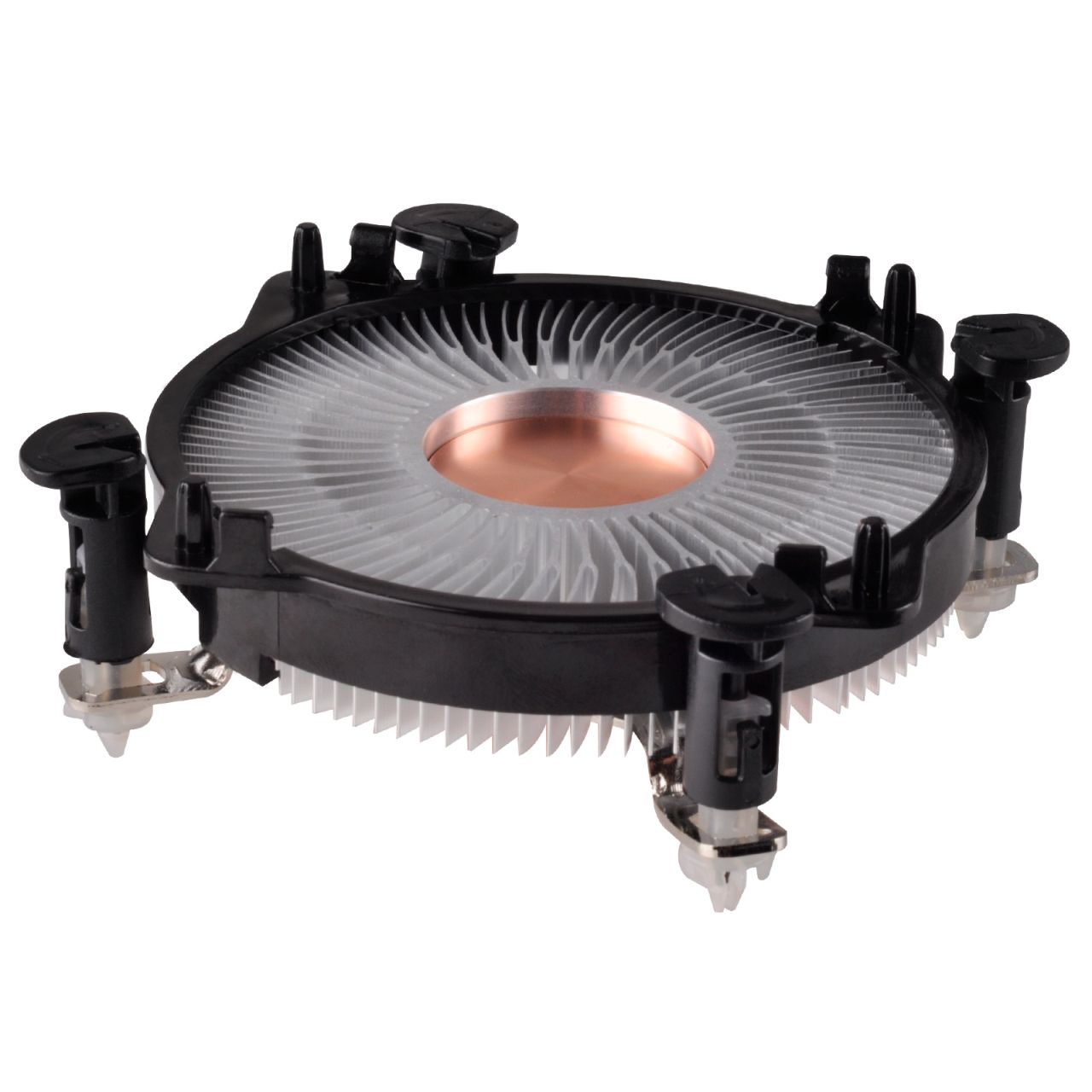 While not a mirror finish, the base of the solid copper block rests flush inside the stamped aluminum retention mechanism, assisting in the distribution of heat.
SilverStone has opted to include a tube of their own thermal grease over preapplied thermal paste. 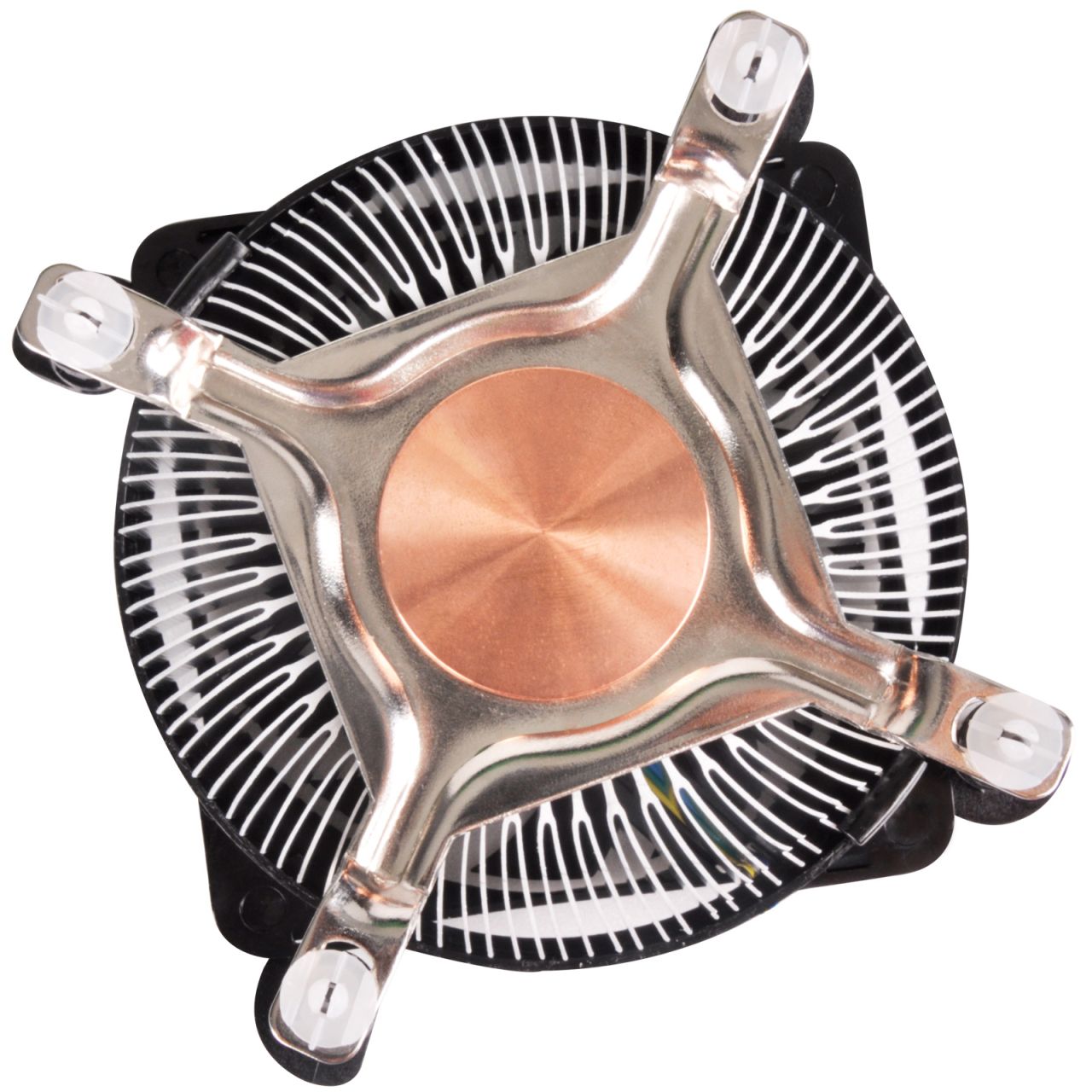 With a slightly skewed over-sized fan, be sure to check the dimensions included below to ensure that your build won’t experience any clearance issues. 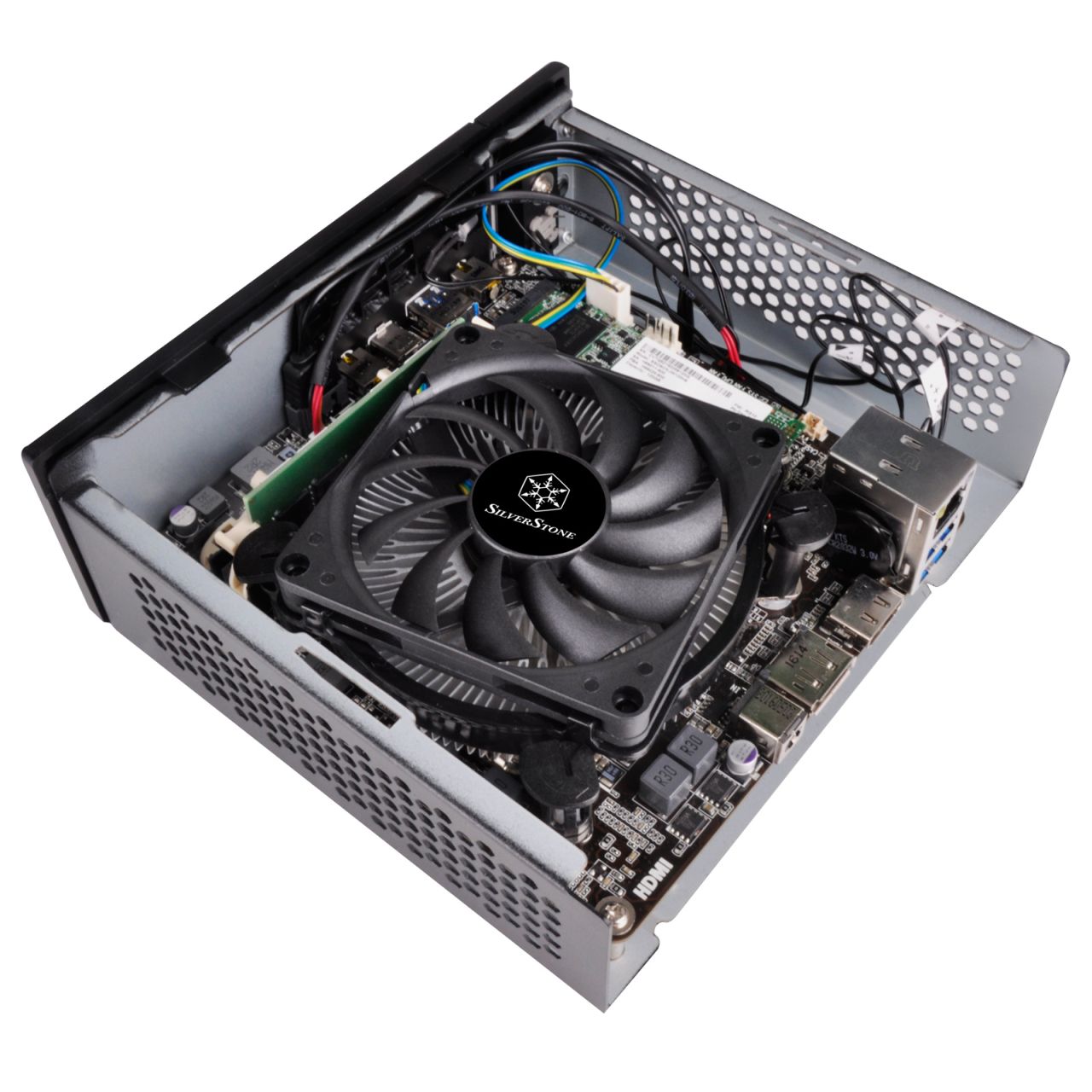 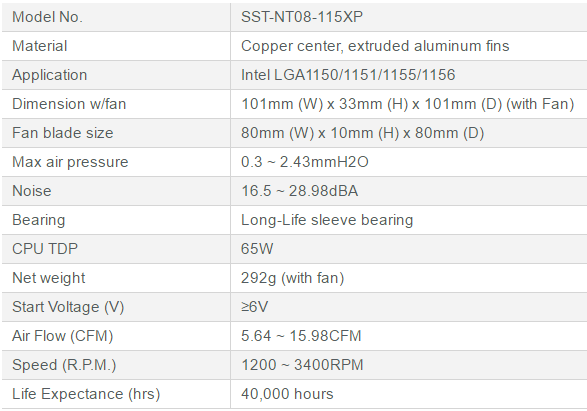 SilverStone’s Nitrogen NT08-115XP looks like the perfect companion for Intel’s Mini-STX platform, and you can pick one up as early as December 8th.

For more information, be sure to check out the SilverStone website here.

Tell us what you think on the forums here.