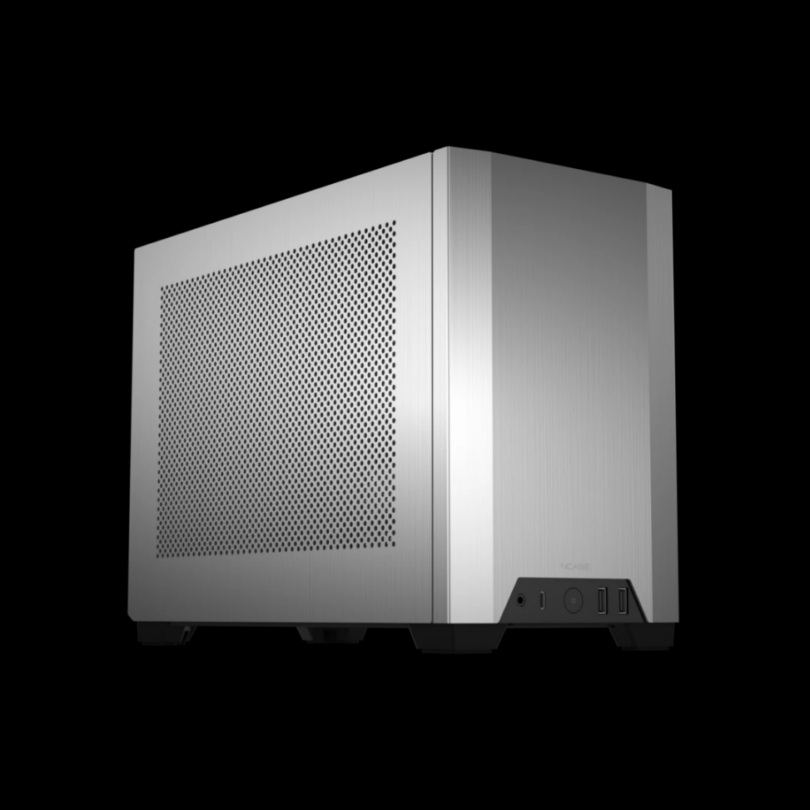 Following up on the launch of the NCASE M1 article that we published, we conducted an interview with Necere. Necere is one half of the NCASE duo, and the primary designer of the M1 Classic. He’s spoken with us before, but with the end of production for the original M1, it was time to reach out again.

SFFN: Where did the idea of the M1 originate from?

Necere: In the original Hardforum thread (which is still up) you can see how we progressed through several different layout concepts before I stumbled on the idea of putting a 240mm radiator opposite the motherboard and PSU, which was such an amazing optimization of space that I think I pretty much had to do it. From there it was just working out the rest of the details and incorporating features people requested, where it was possible without increasing the volume.

SFFN: What were some of the challenges you faced while designing and producing the M1?

Necere: Neither of us had ever designed a case for manufacturing before. That was the biggest challenge. The first CAD models I sent to Lian Li they basically told us, “this needs a lot of work.” So I spent a week or two just studying pictures of their cases to see how they were put together – where the sheet metal was bent, the toolless clip and stud system, etc. – and worked from there. Started with a basic box for the chassis, just like one of their cases. Added the brackets and panels in as I went. I had the motherboard, PCI cards, PSU, etc. already modeled years ago based on the official specs, so that was no problem. The second CAD models I sent needed only a few minor tweaks before it was ready for production.

SFFN: What were you planning to do once the M1 launched?

Necere: Initially, we were only trying to get 300 orders to hit the minimum order quantity. We didn’t have any idea that we’d still have people interested in it a year later, let alone after eight years. It’s been amazing to see how the community has grown over the years, and all the other projects that have been brought to life since then.

SFFN: The M1 has had many tweaks and minor changes throughout the years all the way up to version 6.1. What were some of the most important ones?

Necere: Functionally the most significant change is probably the expansion of the side panel ventilation down into the GPU area, where it provides a much-needed exit path for the hot GPU exhaust from axial fan coolers. Front USB Type C and the swappable front I/O delete faceplate, the side and bottom magnetic filters, and the trapezoidal feet are some of the other notable upgrades the case has had.

SFFN: What were the things you wanted to do with the M1 but couldn’t, and why?

Necere: Design-wise, not too much. When I sent them the CAD files, they’d let me know if there was anything that wasn’t possible to manufacture and I would make the changes and resubmit them. But they handled all the manufacturing, QA, packaging, and even warehousing. 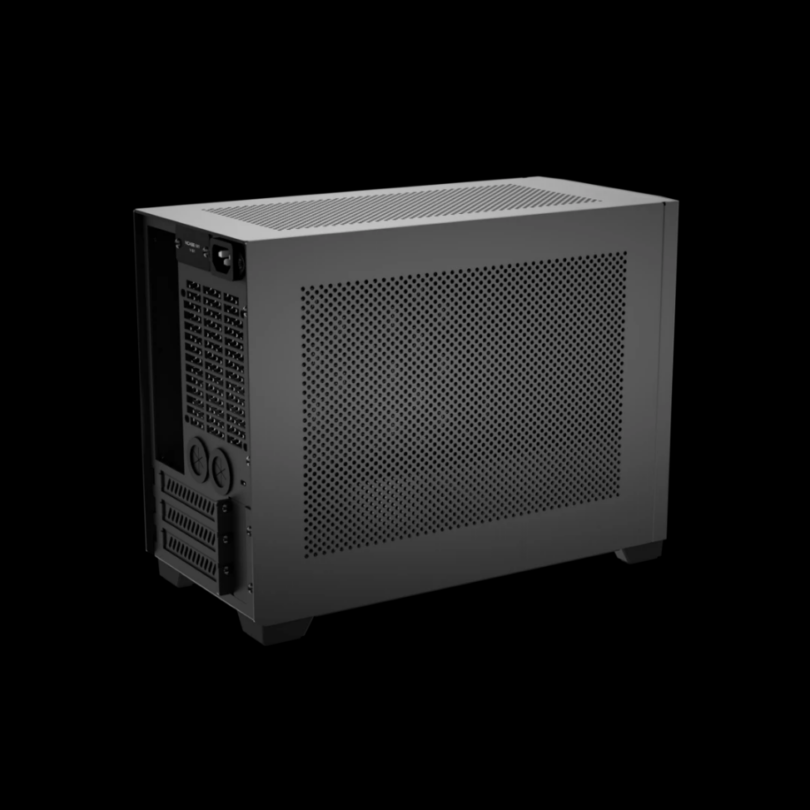 SFFN: How has the market changed and effected the M1 since it’s launch?

Necere: There are certainly many more and better SFF cases than there were when the M1 launched. That means more competition, of course, but a lot more people have gotten interested in SFF over the past few years, so it’s a much bigger pie to share, so to speak.

One of the more significant shifts is the increasing size of GPUs over time, especially with the last generation of GPUs. When I designed the M1, the vast majority of GPUs were standard height, two slots, and topped out around 300mm long. Now it’s common for cards to push 140mm+ tall and 2.5+ slots. The M1 can still handle some of these cards, but it’s clear we’re pushing up against its limits.

SFFN: What were the factors that lead to the M1 Classic being discontinued?

Necere: We’ve been talking about a more substantial overhaul of the M1 (or just a whole new case) for a long time, largely to better accommodate bigger GPUs. Sales dropped off a lot this year, which is one factor that contributed to the decision not to continue production. Some of that is due to the GPU shortage (less GPUs = less people building PCs = less case sales), but it’s clear that we need a case that better meets the increased hardware demands of 2021+. There are additional factors that influenced the decision, but those are at w360’s discretion to talk about or not.

SFFN: What would you say to fans of the M1 Classic who are disappointed by the cancellation?

Necere: I wish we could have done at least one more run. A month ago we were ready to order, in fact, and I fully expected we would restock in November. Told people as much. I did all the work updating the CAD files for V6.2. It was ready to go. We were going to order spare parts for people that needed them, too. But a couple of weeks later I had a discussion with w360 and he basically told me we wouldn’t be ordering after all. So I’m as disappointed as anyone. 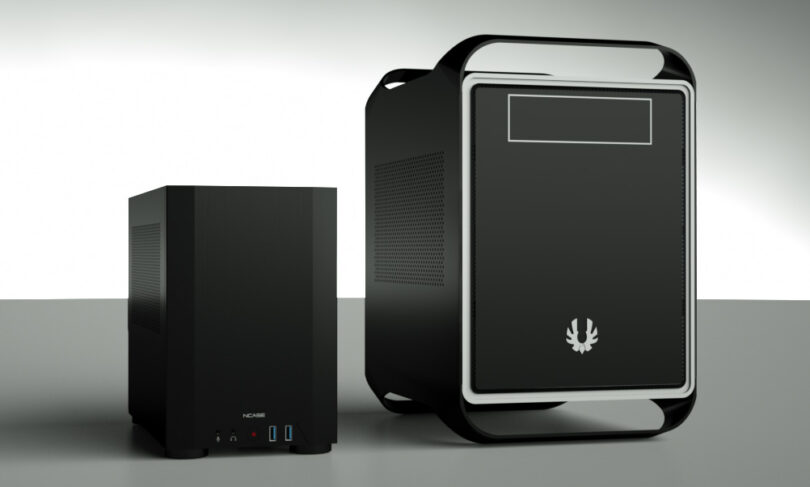 SFFN: Is there a possibility that there might be a limited future run of the M1 Classic?

Necere: I can’t say. It’s not impossible, but it seems unlikely.

SFFN: Where does Ncase go from here?

Necere: Hopefully we can continue to make things that bring enjoyment to people’s lives.

SFFN: Wahaha shared that there is a bit of a design philosophy difference for Ncase’s next generation case. Can you elaborate on that?

Necere: W360 wants to stick pretty close to the original M1 size and look with the chamferred front, just wider to fit larger GPUs and made using extruded/CNC’d aluminum rather than sheet metal. In contrast, the design I’m working on retains the general M1 layout, but in a larger and generally more capable form. I’ve read thousands of comments, complaints, criticisms, and requests from M1 owners and non-owners alike over the years, and they’ve given me a good idea of where I want to take it. I see it as a logical evolution of the M1 to update its compatibility and cooling capability for 2020s hardware, while also updating the visual design and materials to be appealing to more people. Making it small is less of a priority; I think the M1 is borderline too big to want to transport it often (IMO <10L is best for that), so once you’re past that the difference of a few liters is less important. 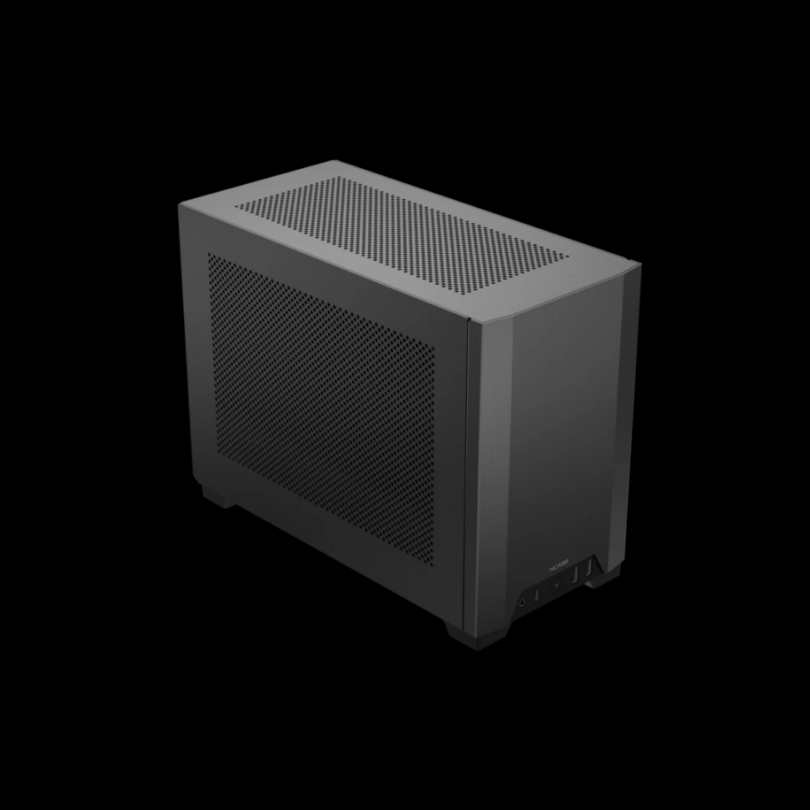 SFFN: What design elements and features do you want to focus on in your version of the next Ncase?

Necere:  You’ll have to wait and see.

SFFN: How will you decide on which case to produce?

Necere: It’s not an either/or. W360’s plan for his version is independent from mine, and both could see production.

SFFN: Who will be manufacturing the next-generation Ncase?

SFFN: When will we get to see the concepts?

SFFN: Do you have an estimate on how much they will cost?

SFFN: What materials will they be made of?

SFFN: What elements of other cases have inspired the next-generation Ncase?

Necere: I’m not sure there’s any one thing that was inspired by another case. A lot of the features and design are arrived at logically or following my own preferences/priorities, rather than looking at what other cases are doing.

SFFN: How are you dealing with the larger and larger cooling and GPU requirements?

SFFN: Will there be any special editions, colors, etc? 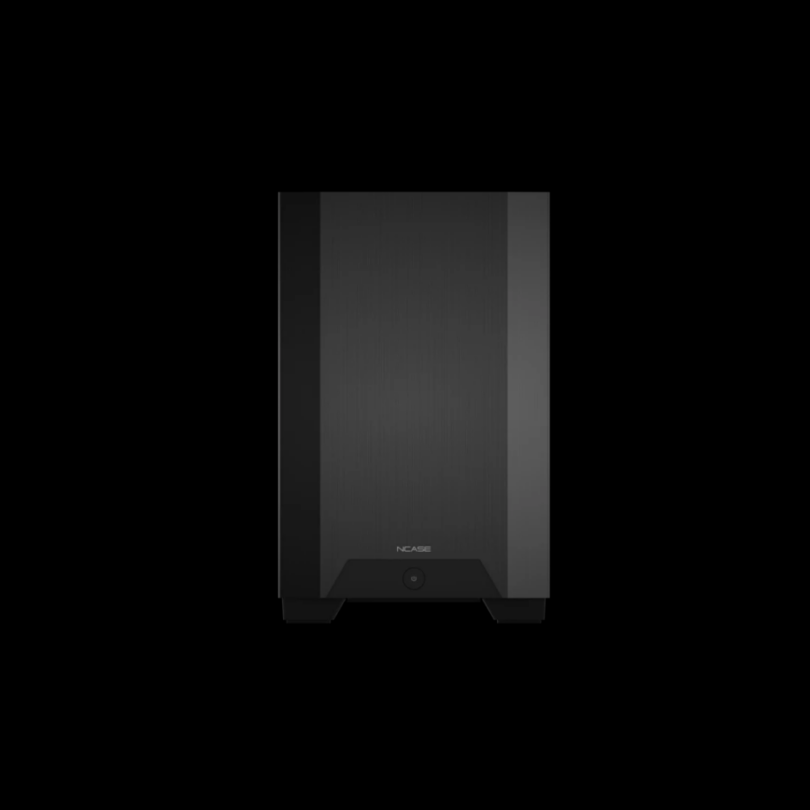 SFFN: Do you see Ncase expanding beyond just the next-generation case into having multiple cases?

Necere: If w360 and I are each doing a different case, we’ll have at least two cases.

SFFN: Is there any message you would like to put out to the SFF community and your fans?

Necere: I was really quite moved by all the messages from people on the forums, discords, reddit, and DMs after the M1 discontinuation notice went up. I didn’t think it would be as a big a deal as it was. It’s just a computer case, a metal box, but somehow this thing I created almost nine years ago has become important enough to people that they feel a palpable sense of loss when it’s not there anymore. I could’ve never imagined something I would do could affect so many that way. It’s truly humbling, and I want to thank everyone who supported us, and who reached out, and who shared their stories of their time with the M1. Thank you.

I would like to thank Necere for taking the time to talk to us and the SFF community.