Watching CES 2016 coverage, we noted a rather interesting trend – 34″ Curved screen AIO systems. Quite a few of them – there have been 3 launched so far, and it’s only the first day of the event!

All In Ones have always been on the borderline of decent setups – they’ve never really been upgradeable. This looks to be changing though, as 3 major pre-built system manufacturers have launched new AIO products.

The Omni from Origin PC combines customization options and build flexibility with an all-in-one body, using a 3,440 x 1,440-pixel, 34-inch curved display. The base unit is an off-the-shelf chassis, which appears to have been used by all three AIO’s covered here.

The Omni supports up to an Intel Core i7 5960X processor, liquid cooling, and can fit a Nvidia Titan-X desktop graphics card. That’s all noteworthy because these are parts you pretty much never see in an all-in-one desktop. The back cover comes off, allowing you access to the motherboard so components can be swapped out for upgrades.

Curved screens on big TVs are a gimmick, offering a great view to only the person sitting dead center. But on a smaller computer monitor level, adding a curved display immediately makes everything, including PC gaming, more immediate and immersive.

The Omni is coming sometime in the first quarter of 2016. There’s no price yet, but it is estimated to start at around $2,000 in the US. 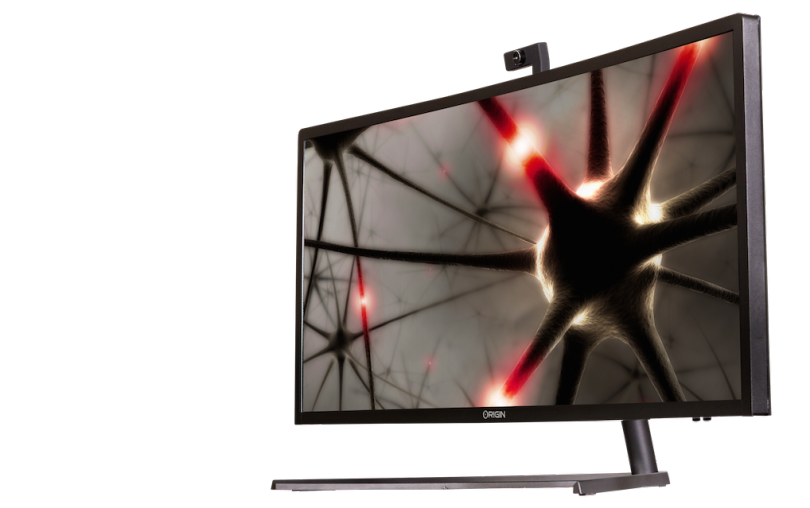 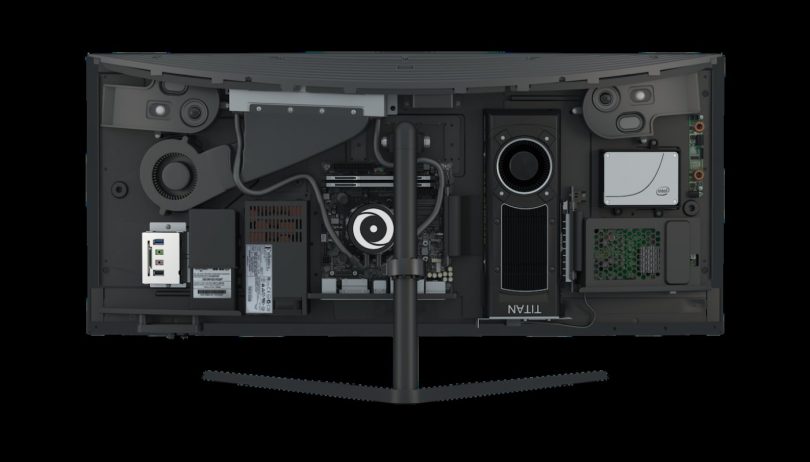 The Maingear Alpha 34 uses a similar (although I believe it is the same unit) 34″ curved screen AIO chassis.

Interestingly, it appears you can configure the hell out of this thing. The options include Intel CPUs up to and including 8-core Extreme Edition and 18-core Xeon processors; Nvidia Titan-X or 980 Ti GPUs, or if you’re an AMD fan, a Radeon R9 390X option; 32GB of Kingston DDR4 RAM, and a Samsung 950 Pro M.2 NVME SSD.

Like the Omni above, the system is upgradeable. It can fit full-size desktop gaming and workstation graphics cards (although we couldn’t find a maximum length for the GPU). Inside the chassis is closed loop liquid cooling instead of a giant array of blower fans. The Alpha 34 comes in a black brushed aluminum finish to start, but for $299 to $399 you can customize it in a variety of colors.

The Alpha 34 means you can boast a liquid-cooled eight-core gaming PC with a Titan X and 1TB SSD, but only if you’ve got at least $4,771 burning a hole in your pocket. Have a play with Maingear’s Alpha 34 configuration page for more pricing options. 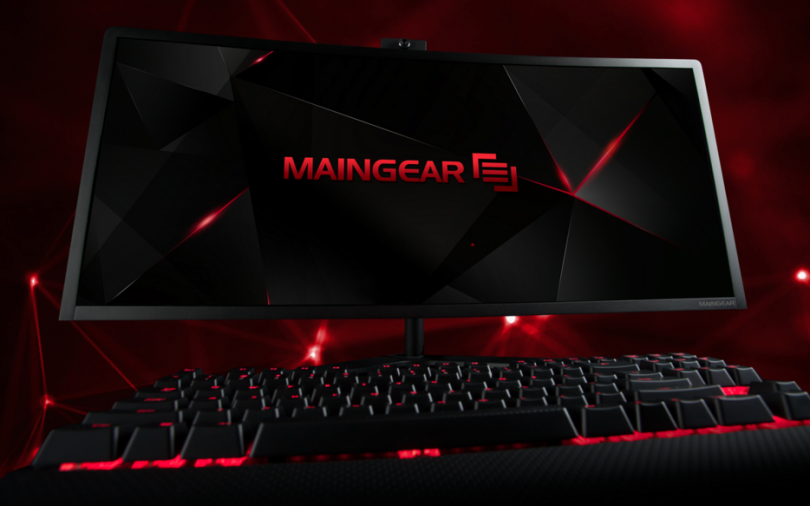 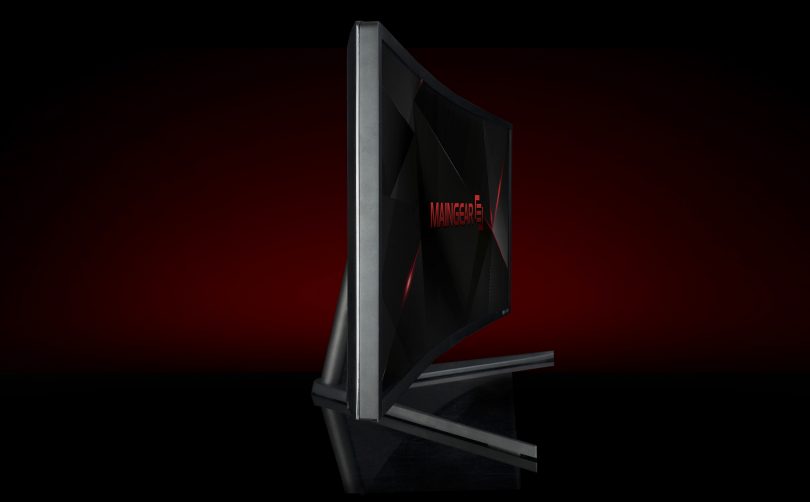 The Arcus can accommodate a 6th Gen. Intel Core i7 processor and up to a single NVIDIA GTX Titan graphics card, like both the Omni and Alpha 34. The 34-inch curved display features the same specs as above. The series also utilizes off-the-shelf components that are easily upgraded along with high end multimedia capabilities. Both air and liquid cooling is offered, a custom USB webcam with dual microphones, dual 2.5-inch HDD/SSD, standard desktop uDIMM memory are configurable. 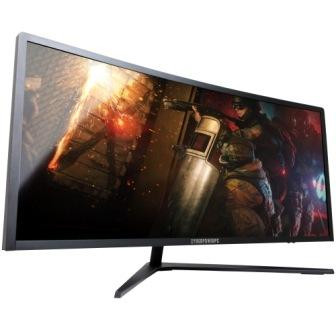 The major problem I see with these systems (apart from the price) are the blower fans – will these products also need to come with ear plugs? As much as the ‘bigger is better’ crowd like to disagree, putting headphones on to solve a loud PC is not the best way to go.

Edit: Gigabyte is also showing off a 34″ AIO according to AnandTech. Interestingly, they say the ODM behind all these 34″ AIO’s is a company called Loop.