Innodisk isn’t a big name in memory, at least not outside of industrial uses, but they’ve risen in profile recently due to the fact that they’re one of the only providers of VLP DDR4 RAM. 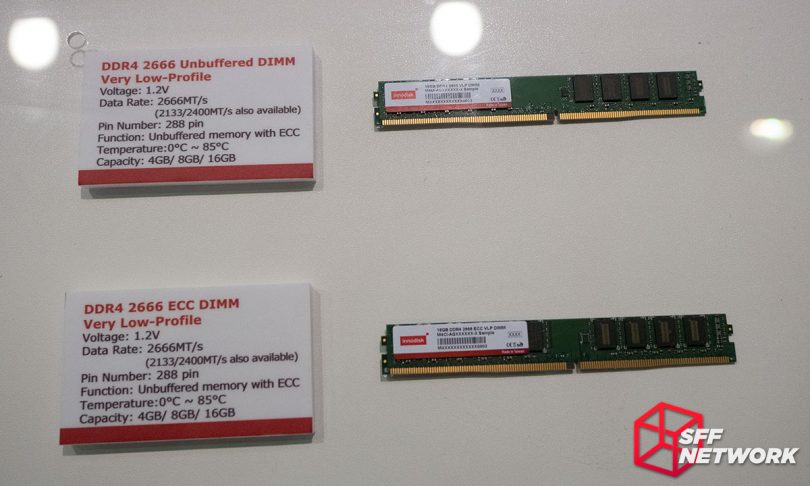 Here are some of the ECC Unbuffered VLP DDR4 but there are also Non-ECC versions available. 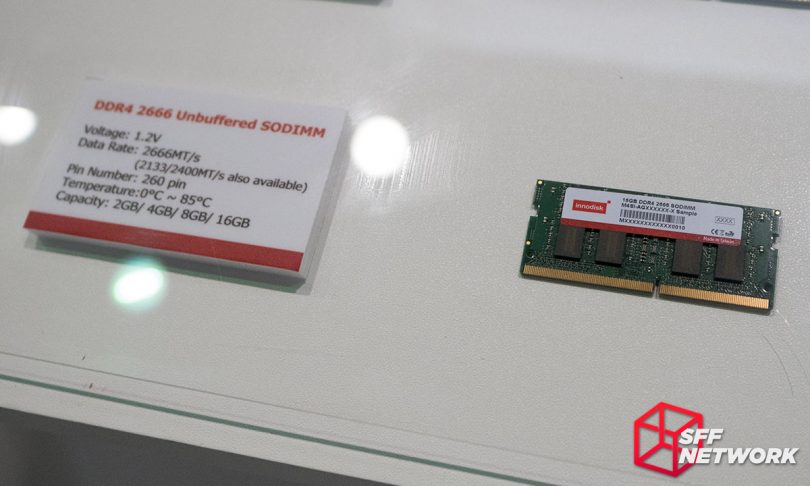 And here’s a stick of DDR4 SODIMM. 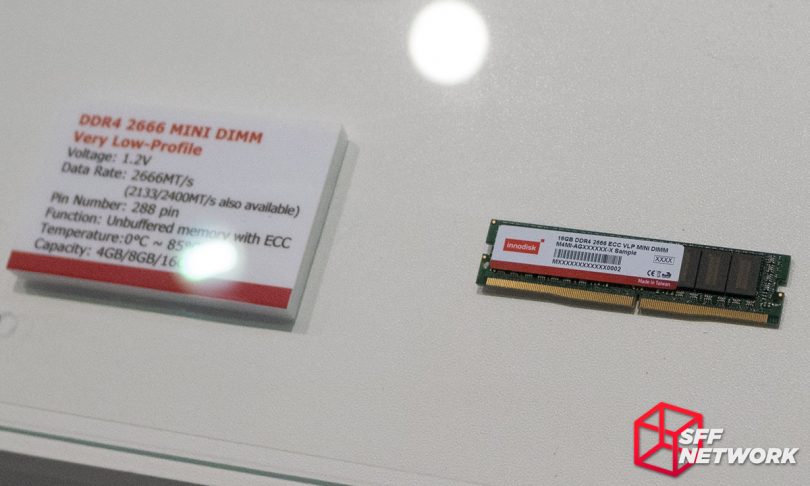 This oddity is Mini DIMM, which is just like it days, a miniature DRAM form factor. The Innodisk rep told me that the most common use is embedded devices like high-performance routers. 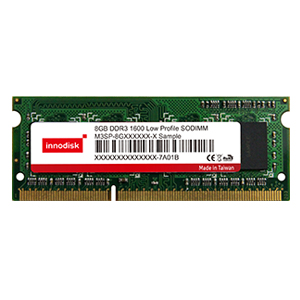 There wasn’t any at the booth, but they also have VLP SODIMM, which shaves a bit off the height of standard SODIMM from 30mm to 25.4mm. Better yet, according to the rep it’s available in both ECC Unbuffered and Non-ECC, the latter of which could be useful for the recently announced ASRock X299E-ITX/ac if heatsink height clearance is tight. 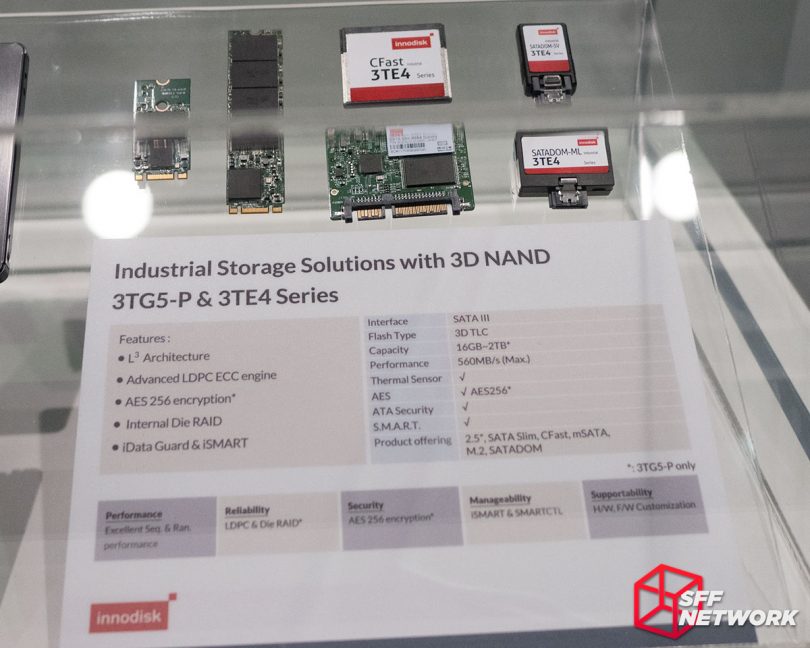 On the right are some of their SATA DOM, which are basically an entire SSD attached to a SATA connector, allowing for some extremely SFF storage.

The rep also told me that they have a MOQ of 1, but they usually only deal with businesses so I’m not sure if end users trying to order these products will be feasible. But it may be worth a shot.