Earlier this week, the first enthusiast grade Micro-STX prebuilt system was revealed, with a couple of teaser images and not much else to go off to sate our SFF appetites. With our team at CES 2018, we decided we needed a closer look!

It must be noted, that this is the initial prototype, produced in acrylic. A metal version is in the works, with minor redesigning taking place, but the overall design is expected to remain the same. The system packs a 92mm radiator, the expected ASRock Micro-STX motherboard, 4 x M.2 drives and the usual MXM graphics card. 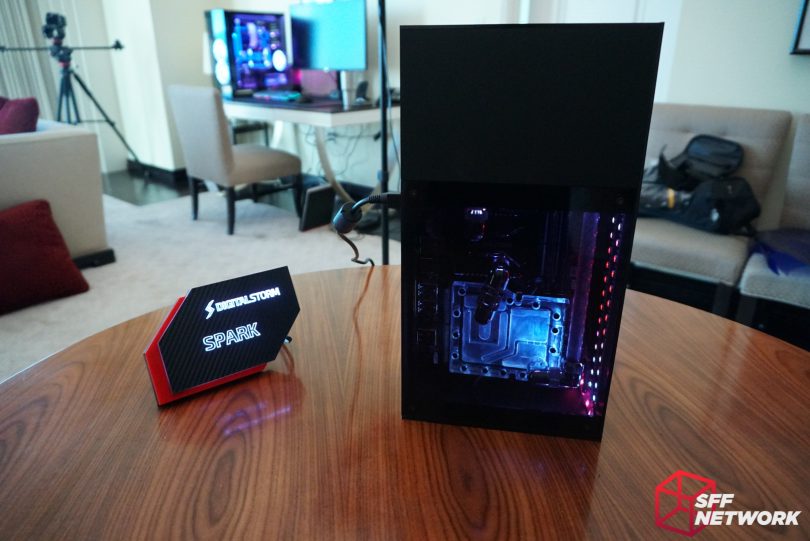 Yes, the obligatory RGB is present. 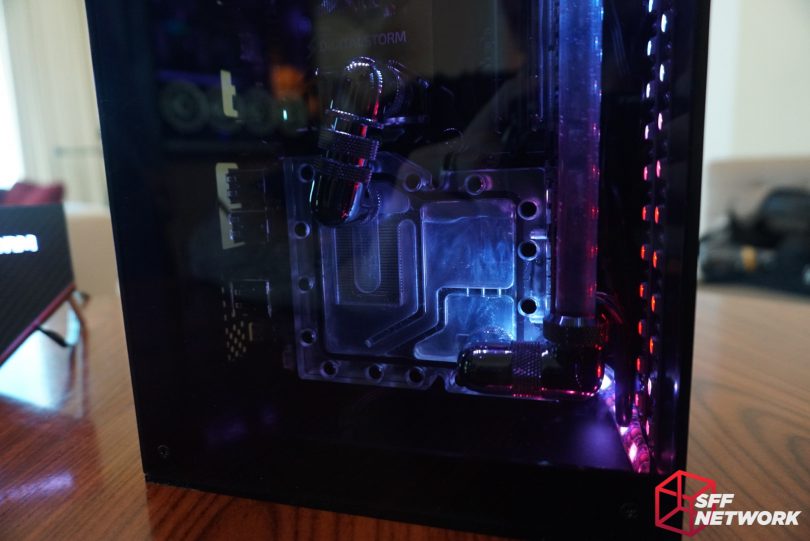 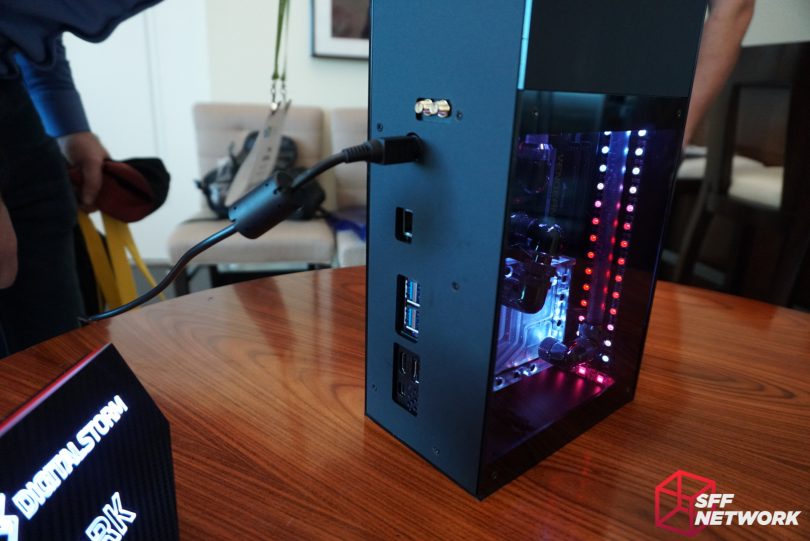 Due to the nature of the Micro-STX platform, the rear IO is somewhat sparse. Also, yes that is a DC power input from an external brick. 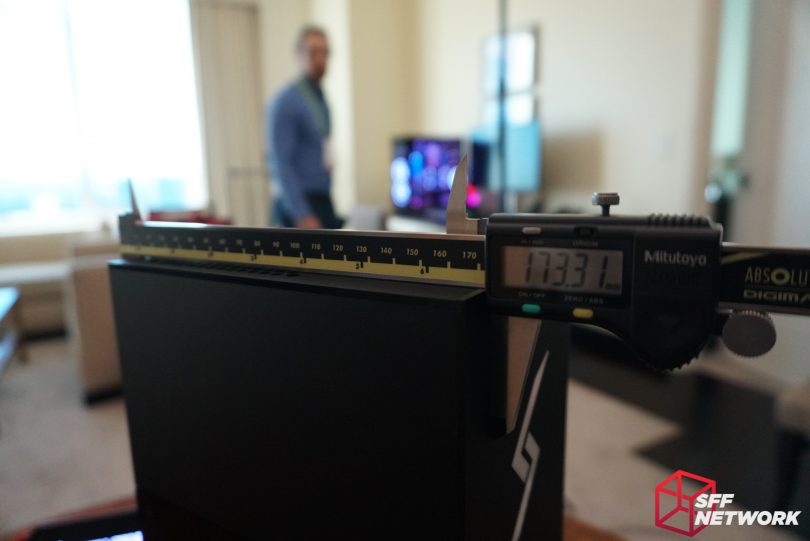 The chassis of this prototype unit is 173.31mm deep. 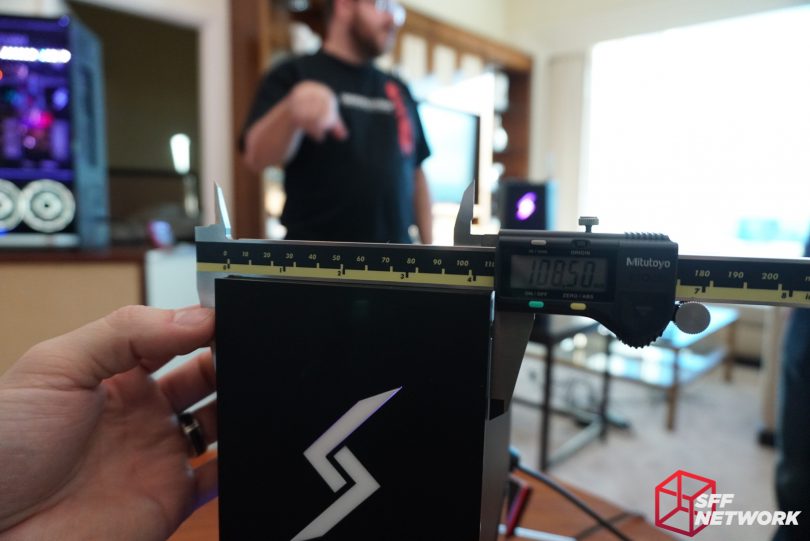 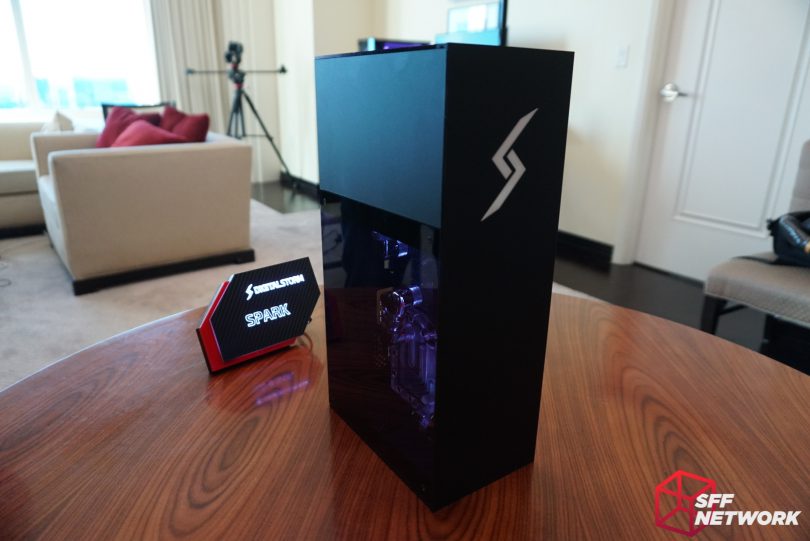 Unfortunately our ground team wasn’t carrying a ruler so we were unable to get an exact height measurement, but suffice it to say, it’s a relatively tall unit for it’s footprint at around 30cm, according to the press release.