Today, ASUS is officially showing off the new ROG Maximus VIII Impact, their enthusiast Mini-ITX offering for the Z170 platform.

Some of the highlights of the new model include updated aesthetics to match the other Z170 ROG boards, 802.11ac 2×2 WiFi, USB 3.1 in type-A and C, a PCIe 3.0 x4 “U.2” connector, SupremeFX Impact III audio card with a nice-looking shield, 2x DDR4 slots, and an included fan extension card for 3 extra fan headers. The full specifications list can be found here.

I put U.2 in quotation marks because it seems ASUS has taken it upon themselves to call the board-side connector U.2 even though technically that only refers to the drive-side connector formerly known as SFF-8639, like on the 2.5″ version of the Intel 750 SSD. The board-side connector is SFF-8643, also called mini-SAS HD. All that terminology is confusing though, and in the consumer space the only use for the SFF-8643 connector is for hooking up high-performance PCIe SSDs like the Intel 750 so I can see why they decided to just simplify things and call it U.2 also. I’m somewhat baffled why ASUS decided to go for U.2 over M.2 though. Currently the only consumer drive that uses U.2 is the Intel 750, while there are several PCIe M.2 drives available, and many more on the horizon, in particular the Samsung 950 Pro. It should be possible to convert the U.2 to M.2 via an adapter, but that’s messy. 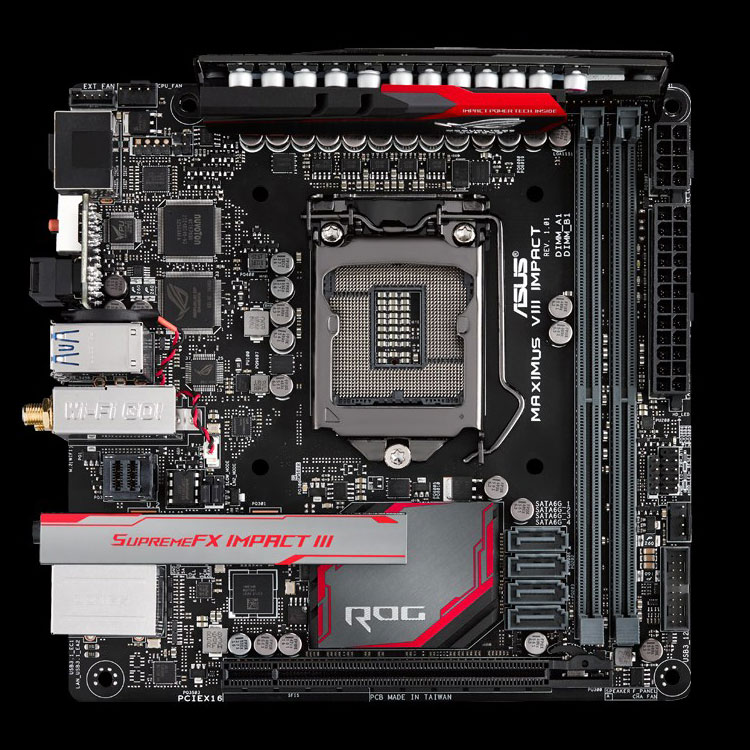 Overall, I have very mixed feelings about this board. I really love the aesthetics but having only 2 onboard fan headers, a reduced number of USB ports, and especially the lack of M.2 is disappointing.