Edit: Took a bit longer than a day, but here is the much more in-depth look at “The Little Monster”.

We’ll cover it in more depth tomorrow, but we made a quick stop by the ASRock booth in between meetings today and snapped some pictures of the newly announced X299E-ITX/ac motherboard. Apologies in advance for the focus issues, I’ll try better tomorrow. So in no particular order: 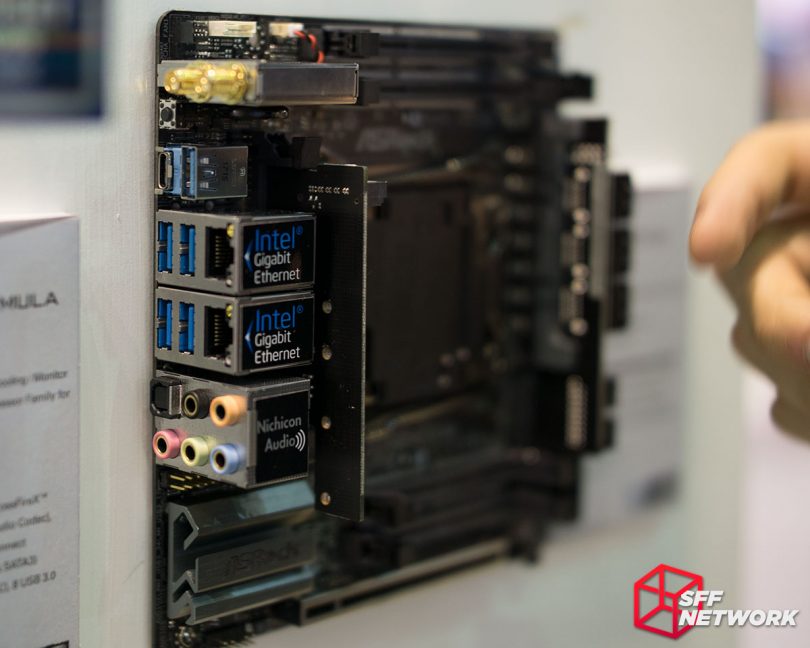 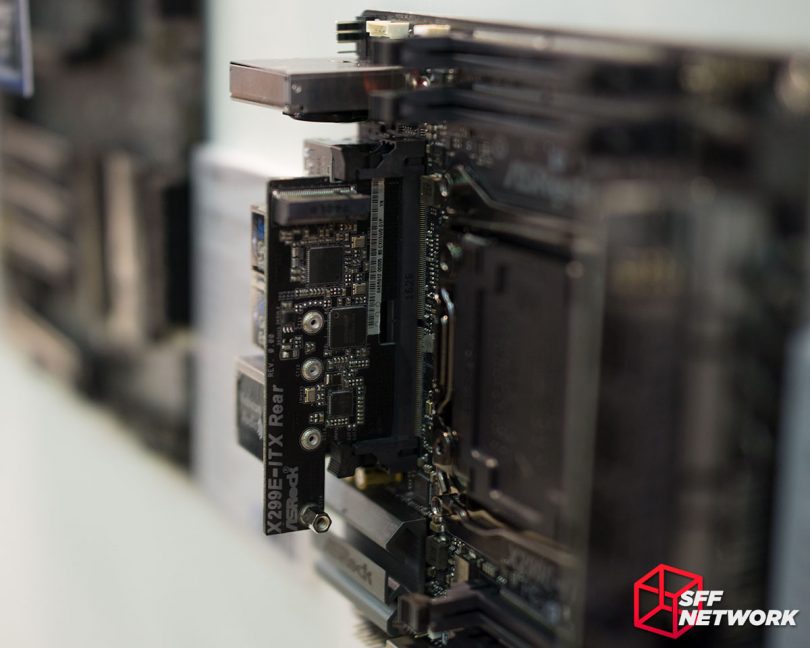 The M.2 daughterboard repurposes what appears to be a vertical SODIMM slot. The ASRock rep I was chatting with mentioned that it should be possible to use the motherboard without this daughterboard, but it also contains the USB 3.1 chip and some other PCIe lane configuration controller so certain functionality will be lost besides just the lack of a M.2 port. 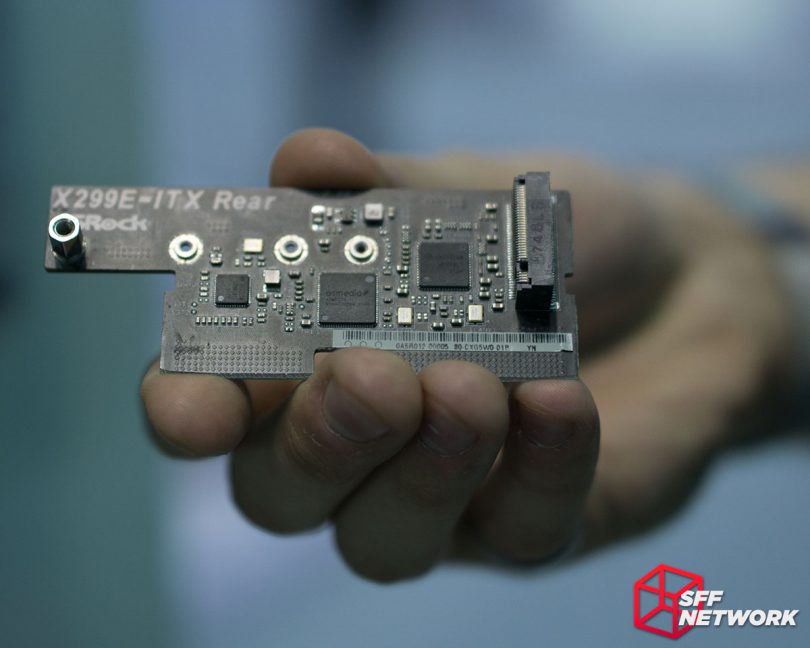 This motherboard is a non-functioning pre-production unit and the daughterboard doesn’t even have electrical contacts for the slot. 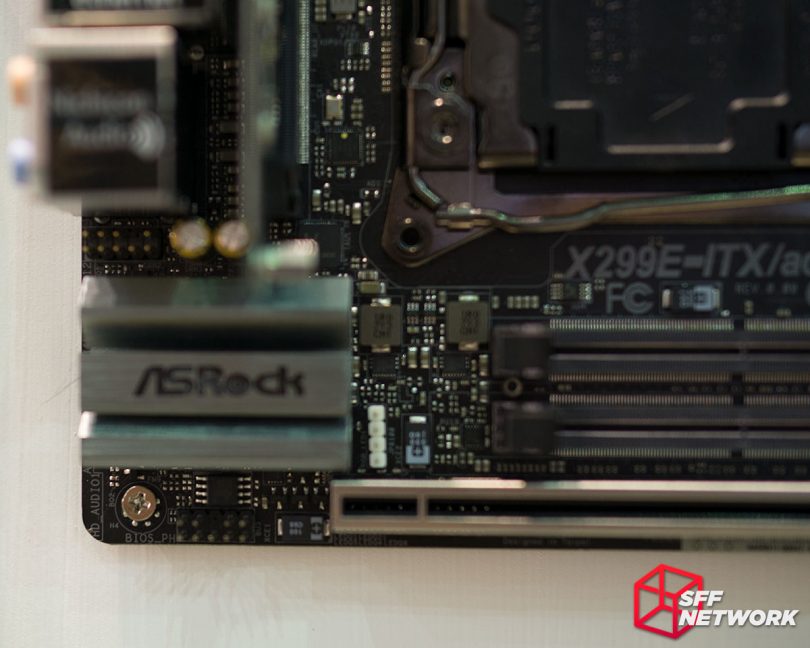 The label isn’t readable, but the white 4-pin connector to the right of the chipset heatsink is for connecting to RGB LED strips, because this is Computex 2017 and we can’t have a new product without RGB. The board itself surprisingly does not feature RGB lighting though, seemingly one of the only products here like that.

If you look closely, between the two SODIMM RAM slot clips is the threaded nut for another of the M.2 slots on the backside. 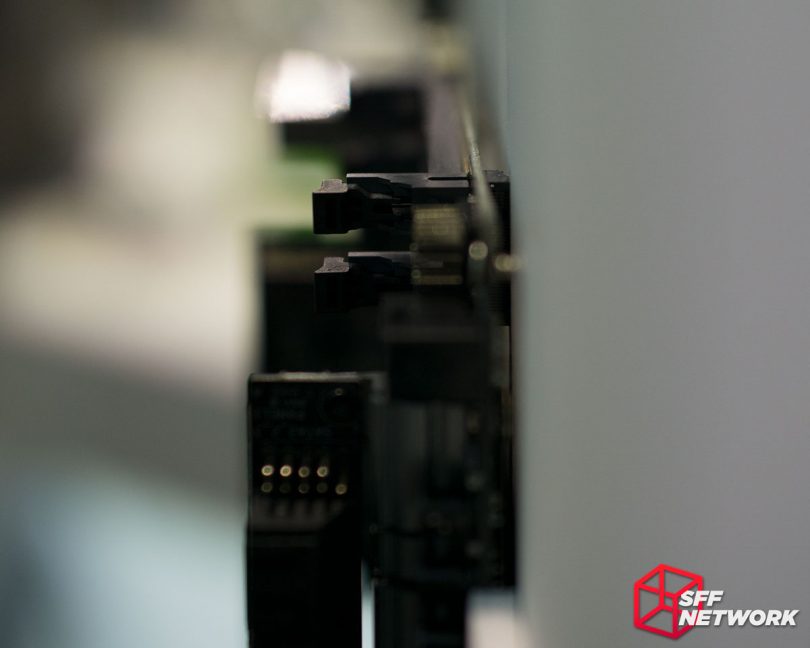 And the third slot is in a similar location on the backside between the RAM slots, just between the top two slots instead. So yes, that wasn’t a typo in the press release and this board really does feature 3x M.2 slots.

Not only that though, all the M.2 slots are connected directly to the CPU and can operate at PCIe 3.0 x4 simultaneously. Better yet, they can even operate in RAID, though officially only with Intel drives. 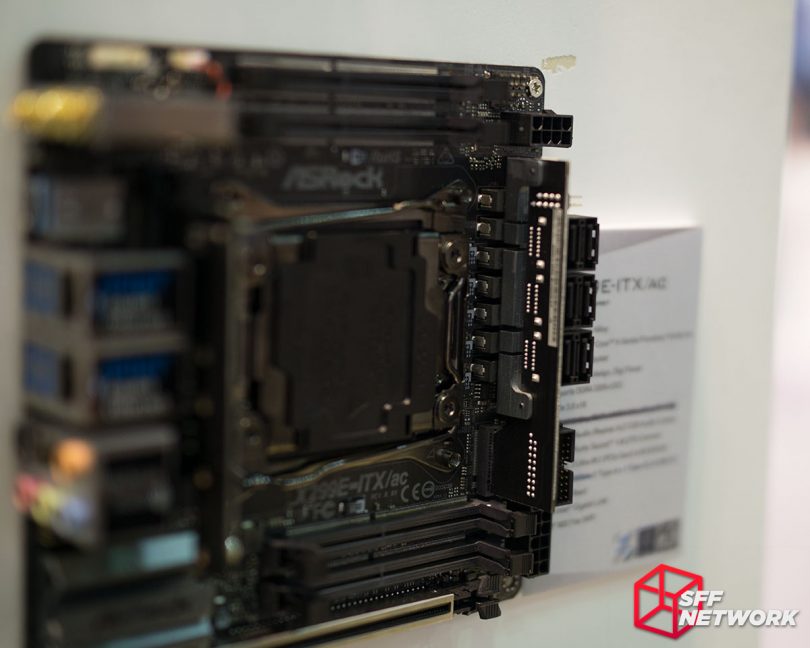 The 7-phase VRM has a small heatsink attached to it that the other daughterboard is attached to. 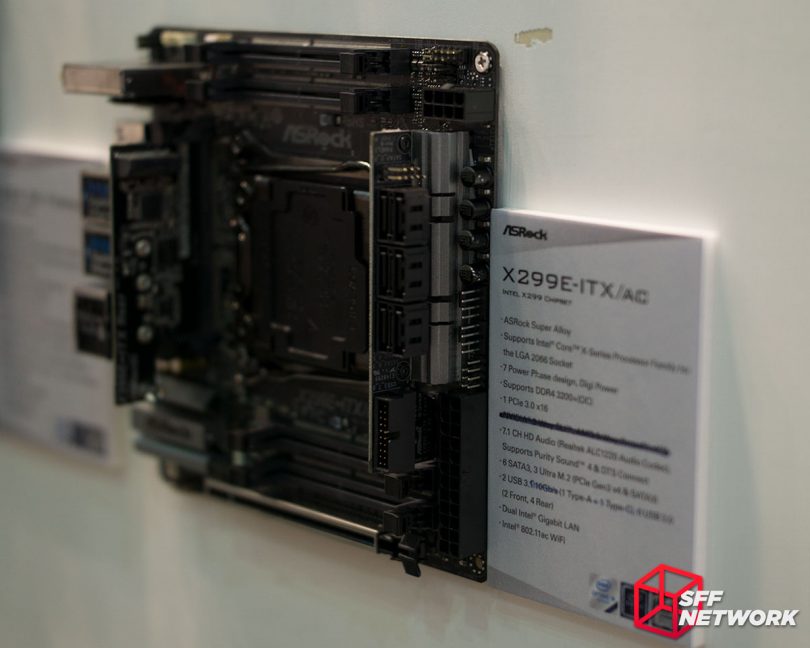 On this daughterboard is the 6x SATA ports, USB 3.0 header, and unfortunately the front panel IO header. 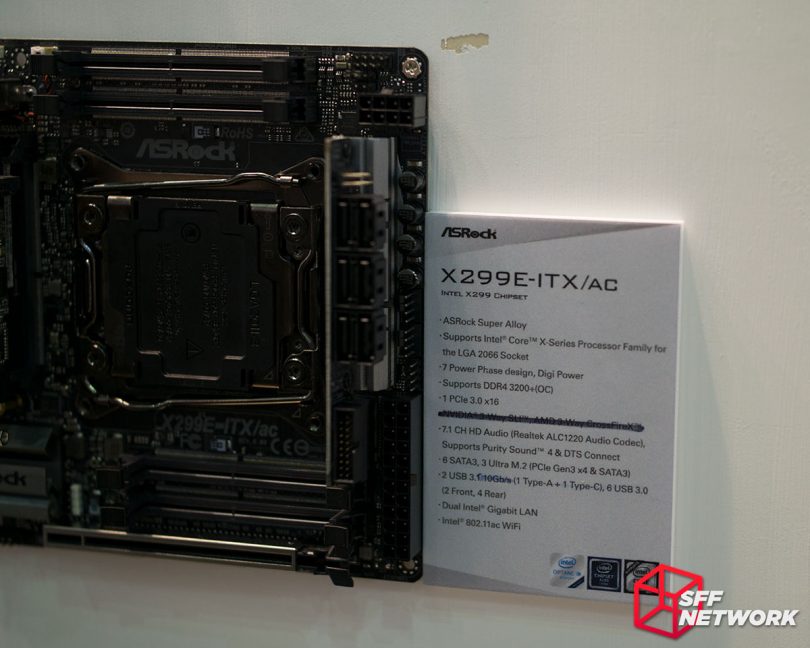 Both 24-pin and 8-pin power connectors are along the right edge of the board, a welcomed improvement over its X99 predecessor.

Estimated release date is July, but they have yet to receive a fully complete pre-production unit so that’s not set in stone however.

ASRock has a press event tomorrow where they’ll talk MSRP and in addition to that we have a meeting scheduled later in the day. So look forward to more details in a future post along with (hopefully) better photos!