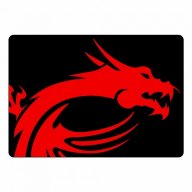 is it true that in sx700lpt there is a bug and there will be a revision??

The SX700-LPT does not turn on the fan on at all when below 150W load. This can cause situations where a build is drawing 140W in a case with poor PSU ventilation for a long period and cause the overtemp protection to kick in before the fan has a chance to cool the unit.

SilverStone is going to release a new revision that addresses the issue but I don't know when that will come out.
Reactions: dragonerosso

i understand...so a case like dan a4 sfx is a risk with this build...

M really cofused between these 2 psu...i want a unit that in dan a4 will be silent (fan off) at low in idle and silent or with less possibile noise during gaming sessions...no benchmarks no toture tests i'm interested in...

With a non-reference video card it could be a problem since it'll heat up the backside of the power supply.

With a reference/blower card then it should be ok.
Reactions: dragonerosso

i've just bought on amazon a corsair sf450 on amazon. for its smaller dimensions and i hope that it will be a quieter unit at low loads with a 1070 or 1080 reference card. i will post you impressions when it will arrive

Sounds good! And since it's Amazon you could easily return it if you don't like it too.
Reactions: dragonerosso

it has been the same with silversone psu ahaha holy amazon 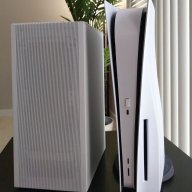 We'll be getting more options with Lian Li PE-550 and PE-750.
Reactions: dragonerosso

i think that corsair experience in psu's will do the difference 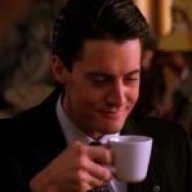 Not to detract from OP but I'm wondering if I can jump on this thread with a question. I'm trying to decide whether the SF450 or the SF600 is the better way to go considering noise and a bit of future-proofing. I'm looking for quiet operation and will probably purchase a 6600K and MSI 1060 Gaming X 6GB GPU using an RVZ-02 case. In the future (~3 years) I'd imagine upgrading the GPU and then perhaps getting something a little higher performing.

SO, my thinking is the 600W would be better long term but that my current parts would be just fine with 450W. My research leads me to believe the 600W might ramp up more aggressively fan wise than the 450W but that the 600W won't turn on fan until it hits a higher load/temps.

TL/DR
Is the 450W sufficient for long term use with room for upgrade or should I bite the bullet and hope for a quiet 600W?

Here's the build I'm thinking of:

It's hard to say, it will depend mostly on the graphics card manufacturers if they plan on stretching the current 14/16nm out for a few more years or plan on moving to smaller transistors and how those efficient those transistors will be. After the last five years we've discovered that AMD and Nvidia aren't shy of making high-end >250W GPUs, but this generation was much more conservative.

Considering a build with a GTX 1060 and a non-overclocked i5-6600K should remain in between 200 and 250W in most games or tasks, so you're still pretty safe with a 450W. A GTX 1070 should increase the load about 40W if I remember correctly, so consider the reviews with those loads in mind. I believe the Corsair SFX 450W was said to be quieter at lower loads, while the 600W was quieter at higher loads, or noisier vice-versa.
Reactions: cijanzen