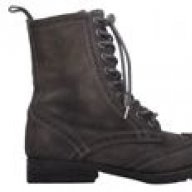 I have been working hard to R and R a 90mm Noctua Chromax fan to my Luna Case after upgrading to Asus Pro H410T/CSM from an H310. I pulled apart the Chromax using a heat gun to drill the spokes of the frame through the base FROM THE TOP DOWN. I then tapped the base to 3M x 5.0 for each of the 4 holes. I then cut 3M nylon nuts down in height to match the original triad standoff heights. I think now it would be better to mount flush the base without standoffs as the larger fan 90mm vs 80mm original is taller and the shroud will hit unless it is spaced up with 3M nylon nuts on screws under the shroud to raise the shroud to prevent rubbing. Cutting out the shroud is not a good idea. I then bonded with JB Weld the nylon nuts to the base, held temporarily with 3M Allens to be removed after the epoxy sets 48 hrs. I then reassembled the Chromax and tested and it did not "do" an immediate spin-up but spun smoothly after an old-time airplane helper crank, it seemed to start on its own after 3 restarts so I felt somewhat confident. The case was fully reassembled with new wifi antennas as I broke an original at the connector and I found a better quality Japanese-made set. Then I went to test, 1. to see if activation would be lost with the 310 to 410 chipset, and the answer was no it was not lost, then 2. bios reset settings and check fan rpm, which did not show but since I loomed the Noctua fan connector extension with paracord, as the Noctura factory rubberized loom is totally inflexible, I may have made a connection error at the fan pinouts, no contact, or wrong location, Temp was not bad on the 8700T so figured head-on and see if the OS would boot-up and recheck temps. To make a long story short, the fan was not spinning and I hit 96C using HWINFo 64 doing some driver updates, I shut down, and took it apart, and retested it with the factory modded extension in place. It did the same hesitant jump-spin needed start-up. So Be careful if you try to take apart a Chromax as it probably will have problems even following the Youtube disassembly instructions for a non Chromax repaint, they are not identical. No noise, just will not spin up on its own. I purchased two fans, just in case. Note, I used 2mm hot press brass threaded inserts into the nylon nuts and slightly into the original case base. This could be done without standoffs, No Nylon nuts no epoxy, So I cut out the Chromax frame on fan 2, and did not disassemble this time, and drilled from the back of the frame, by hand, with a pin vise between fan blades stepping drills to final size, The machine is NOW totally silent at 1435 rpm and runs at 34C. I am totally happy as this is an HTPC and the Akasa fan is a piece of....
NOCTUA CHROMAX FRAME ATTACHED FAN DISASSEMBLED: 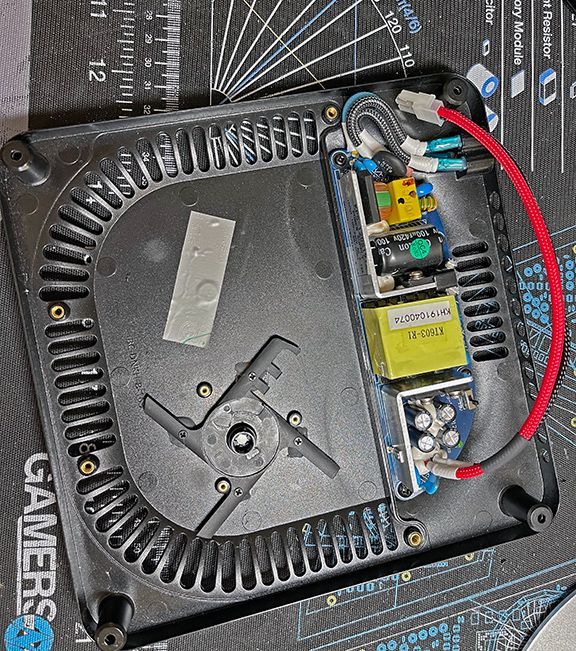 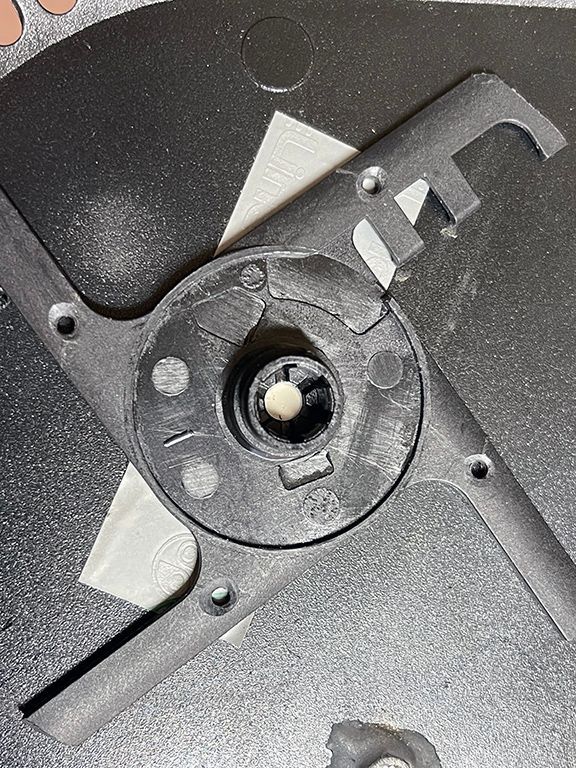 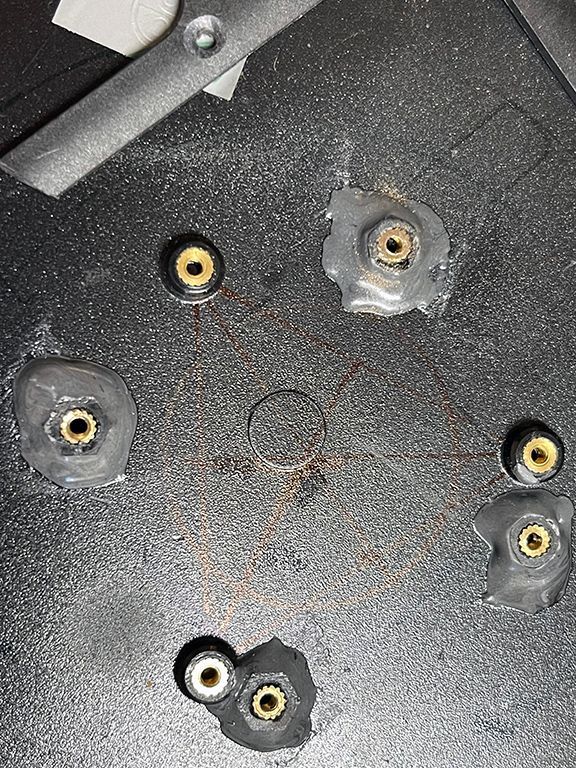 POWER SUPPLY LOOMED, RE-DID POWER MOLEX HARNESS TO BOARD IN PARACORD AS IT WAS TOO RIGID WITH TEKFLEX AFTER 2ND FAN WAS MODDED: 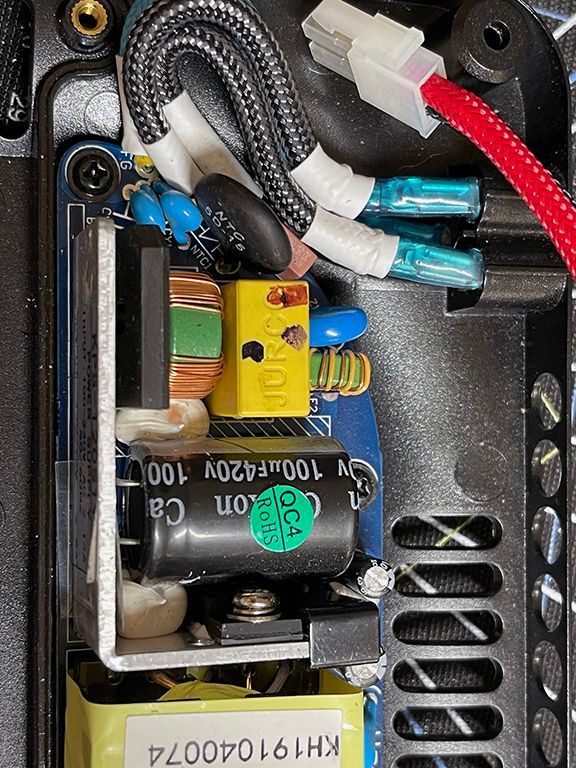 Cosmetic fan duct and shroud for the Noctua L9a