Note, this is just a quick article so that we can link back to it in the future when testing those more extreme CPU coolers!

Recently, a couple of manufacturers have been so kind as to supply us with some large CPU coolers to review. But this has left the team with a bit of a conundrum: do we test these coolers on our usual thermal test system, keeping the units nowhere near their true cooling capacity, or use a secondary test system meant to push temperatures upward and really see how they perform?

Somewhat ironically, during the discussions around this with the staff, the current standard testing system died of a fatal motherboard failure (woops!), so the decision was quickly made for us – throw all of the heat at these larger coolers, and see how they cope. For science!

Thus, while this system is significantly different from the regular SFFn Thermal Test Rig, the aim is the same: to accurately and repeatably test CPU cooling. And while all of the original articles testing some of these larger coolers will be left as they are, moving forward we will rely on this new system exclusively for testing high end CPU coolers. Due to this, however, results will not be comparable to the usual SFFn Test Rig numbers, so just bear that in mind.

When designing our thermal test rig, it was important to be able to accurately test coolers in a repeatable and consistent fashion. We also wanted a configuration that was at least somewhat rooted in the characteristics of many enthusiasts’ performance-tuned builds, at least with respect to thermals.

With the various platforms available, as well as the limitations of certain chipsets and sockets, we ultimately decided to go with an AM3+ based board, as it enabled us to purchase an inexpensive mid-range processor that’s representative of most systems… but can be overclocked to provide even more versatility (and thermal load). Indeed, we’ve actually overclocked this system to truly put the larger CPU coolers to the test.

We’ve also decided to continue using an open bench design, as many SFF cases have varying dimensions, and (simply) because trying to test within a representative sample of enclosures would limit the amount of coolers we could review fairly and accurately. The figures we produce will certainly paint an idealized picture of actual performance compared to closed builds, but more important is that the results across coolers and tests are directly comparable. With this setup, we can ensure that they are. 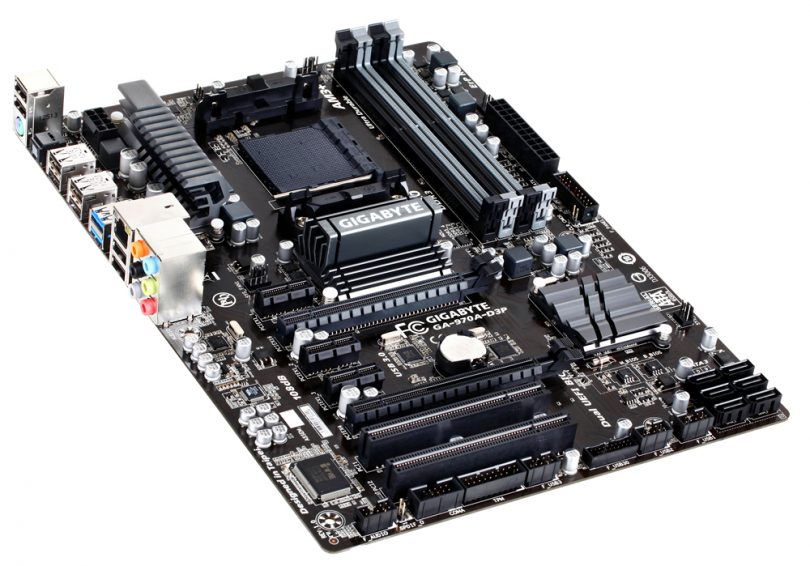 To test the coolers, we will follow the following procedure:

We will not be using this thermal test rig for chassis testing, as it does not fit with the usual SFF products we see.

Finally, for our synthetic CPU loading, Prime 95’s ‘Small FFT’ mode was chosen as the best compromise between ‘blend’ mode (which made timely temperature monitoring impossible – SpeedFan stalls when using ‘blend’ mode), and simply producing as much heat as possible.

While this is a solid and reliable testing system, it will of course be tweaked over time, with changes being made as suggestions from the community are taken into account, or changes are needed to correct anomalies.

Thermal paste provided by Noctua. The remainder of the hardware is supplied by SmallFormFactor.net.