As promised, here is the SFX power supply Computex 2017 roundup. While not as extensive as the SFX-L roundup and they’re mostly budget units, more competition and options in this space is always very welcome. 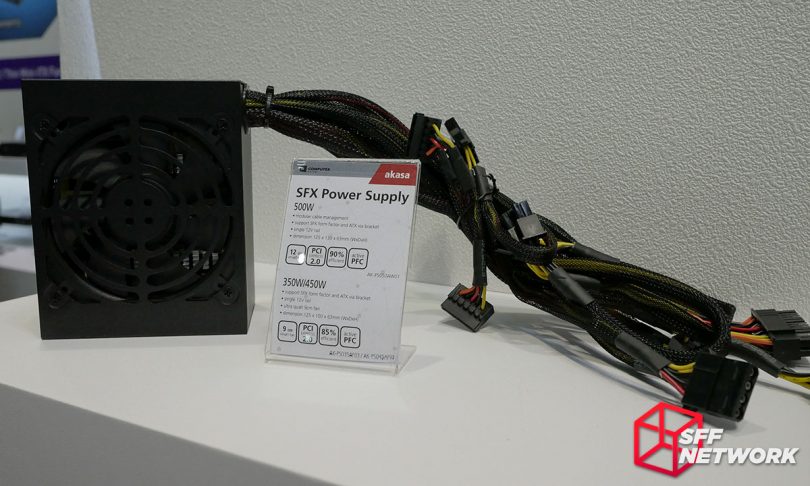 As covered in the Akasa booth article, they have two upcoming SFX units of 350W and 450W capacity.

They are non-modular, feature a 92mm fan, and are of Bronze-equivalent efficiency. I say equivalent because the display units at least did not feature a 80 PLUS rating but a “85% efficient” label instead. The OEM is Sirfa/High Power.

When we checked in with Cooler Master at CES they said they had no current plans for SFX or SFX-L. It looks like things have changed though and they too want a slice of the growing SFF PSU pie because the rep I spoke with said they do have SFX units in the works.

Planned specs are for a 400W and 600W model, both with fully modular cables, possibly a Gold efficiency rating, and 80mm fan. Based off those specs (in particular the 80mm fan) my guess is the OEM will be either CWT or FSP since they both have platforms that fit the bill.

It didn’t seem like anything was set in stone yet, but he told me they were planned to release by the end of the year. 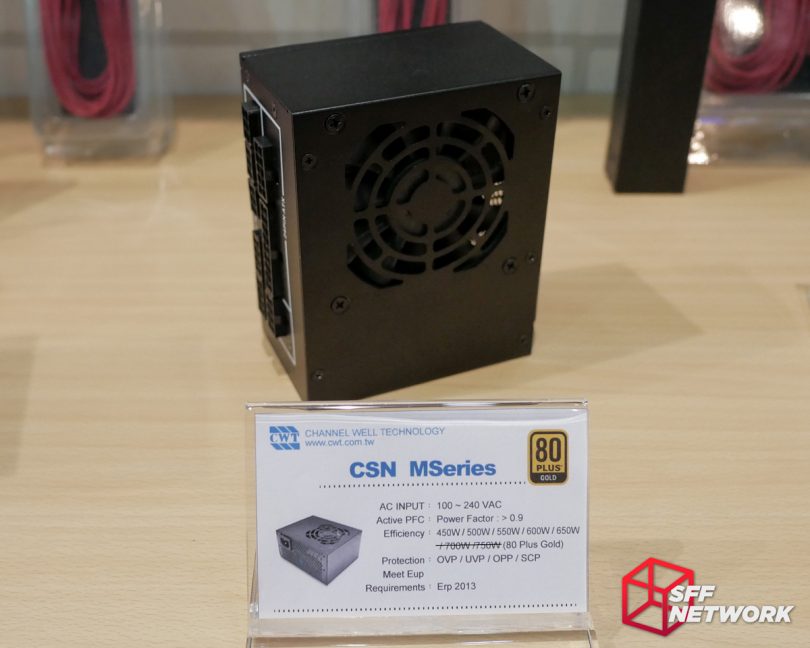 Speaking of which, CWT had an example of that SFX platform on display. I excitedly asked the rep if it was really capable of 750W because that would be a new record for SFX, but sadly that is a mistake and the maximum is 650W.

CWT doesn’t really sell power supplies under their own name, but this platform is currently on the market in the Enermax Revolution SFX, the 550W version of which I reviewed here.

Sirfa is the OEM behind several of the other units on this list, but they are also working to release SFX PSUs under their retail brand High Power. 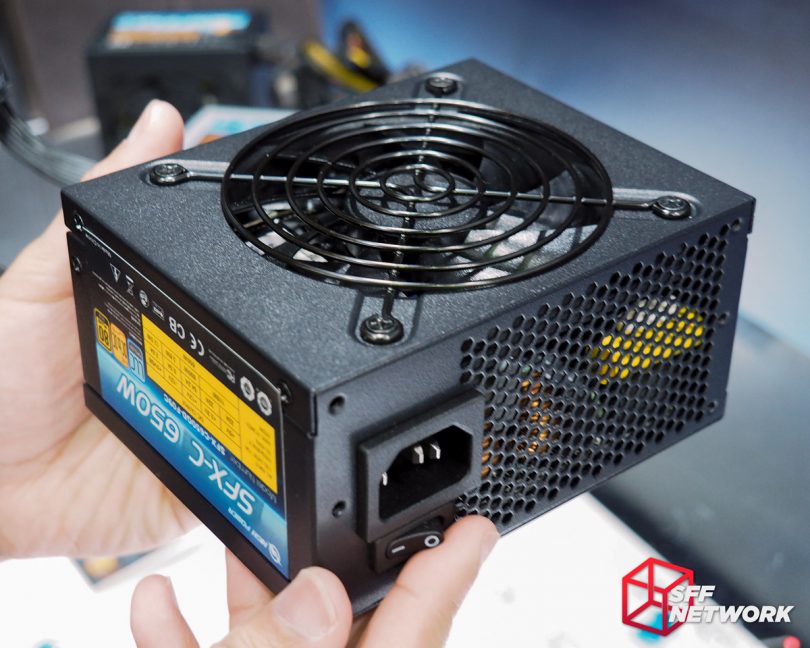 The SFX-C650GD-F09C is Gold-rated, fully-modular, uses all-Japanese capacitors, has a single 12V rail, and is semi-fanless. That last point is interesting because I assumed the platform didn’t support that since the upcoming SilverStone units based on it have an always-on fan. 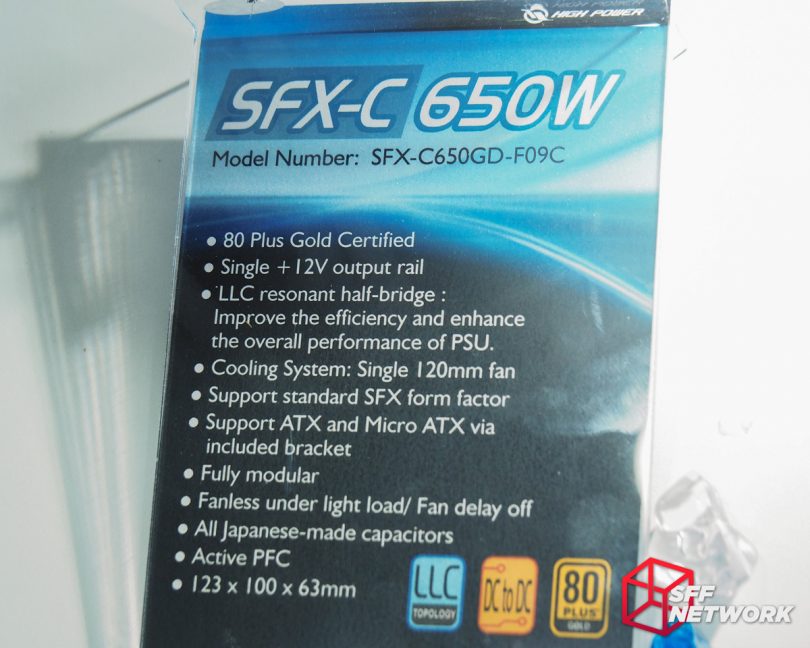 Apparently High Power is looking to grab the Nobel Prize in physics by fitting a 120mm x 120mm fan into a 123mm x 100mm space. 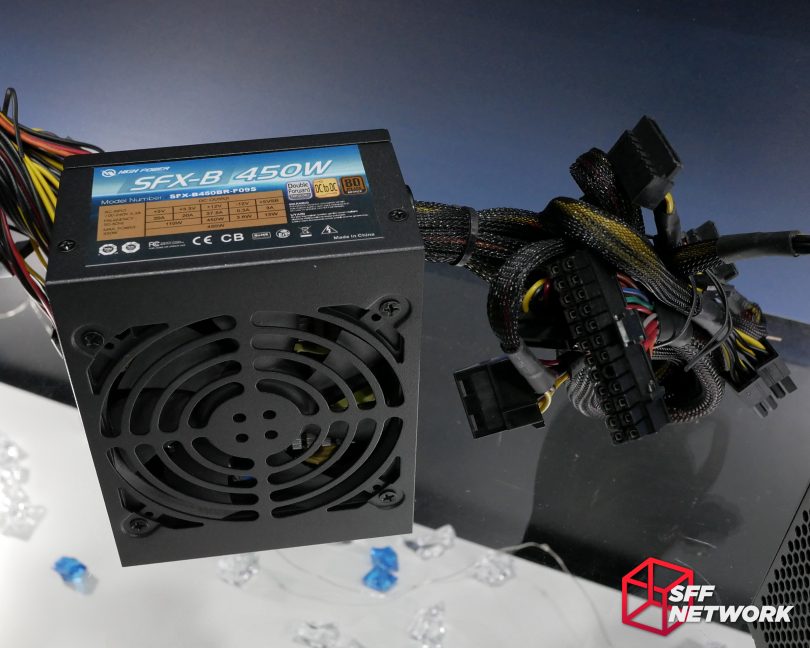 The SFX-B450BR-F09S is a Bronze-rated, non-modular unit with a 92mm fan. This is the platform used on the SilverStone ST30SF V2.0 and ST45SF V3.0 as well as two of the other model lines on this list. 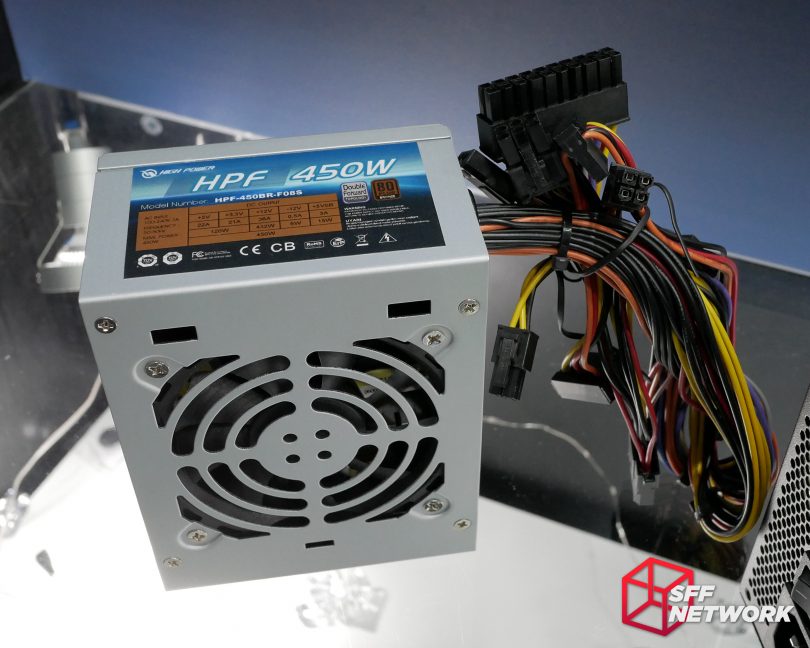 A slightly lower-end platform than the above, with only a 80mm cooling fan. This design is used in several budget SFX units from European brands like Chieftec, Kolink, and Sharkoon.

I forgot to take pictures or even ask about them when I was in the booth covering the SFX-L units, but Tom’s Hardware has some details on the two SFX units Raijintek will be releasing. 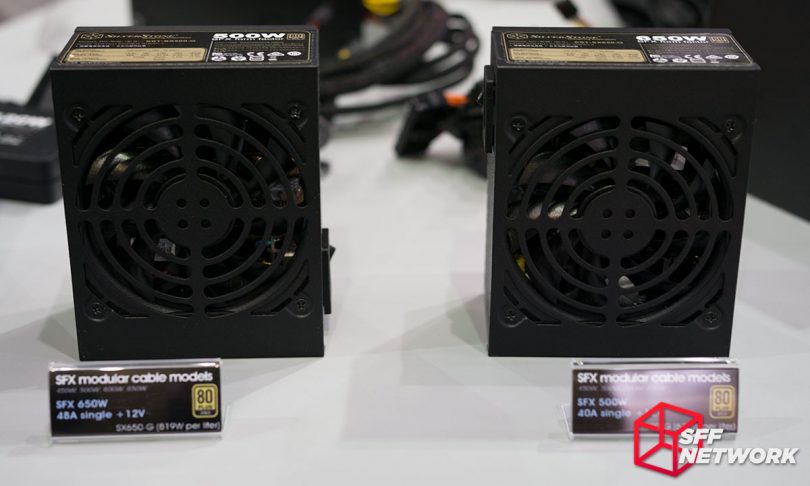 Far from new, we first learned about the SilverStone SX500-G and SX650-G at CES 2016. From talking with SilverStone at the show they are looking good to release within the next few months though.

They are Gold-rated, fully-modular, use an always-on 92mm fan for cooling, and the OEM is Sirfa/High Power. 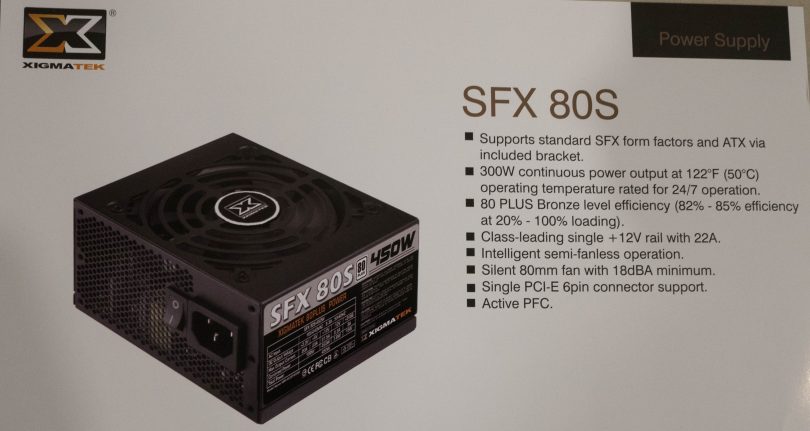 At their booth XIGMATEK had bare metal pre-production samples, but this brochure image shows what the retail versions will look like. There will be a 350W and 450W, and they are Bronze-rated, non-modular, and semi-fanless. Sirfa is behind this as well.

Release date and price are not set yet.

And with this, we wrap up our PSU roundups of Computex 2017! Check out the SFX-L and FlexATX roundups if you’re interested.

SFF.N depends on community members like you to stay online! Consider a one-time donation to support the site, or take a look at our monthly supporter subscriptions for exclusive perks and benefits!
Total: 270 (members: 41, guests: 229)