The original story was based on an earlier post from NCASE’s site, but we have some very good news. While the M1 in it’s current form has been discontinued, NCASE’s founder has reached out and let us know that NCASE is far from dead, and a successor of sorts is in development. This is excellent news, and NCASE has updated their website to reflect it. 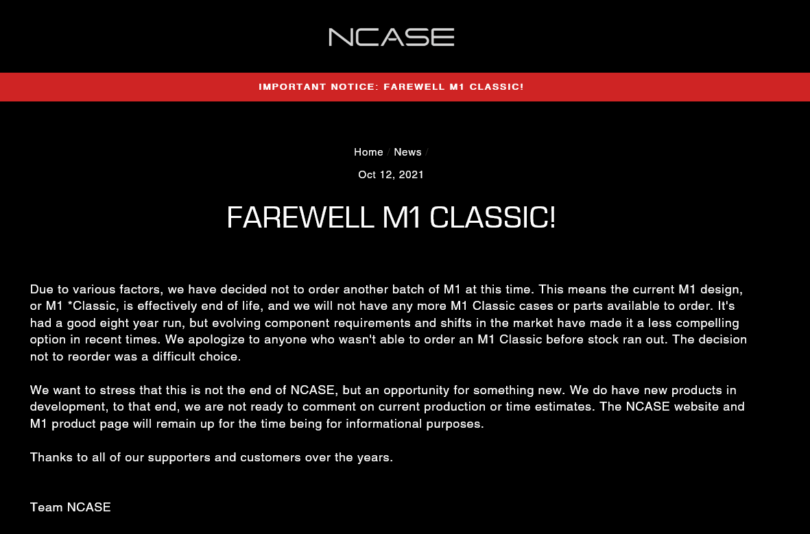 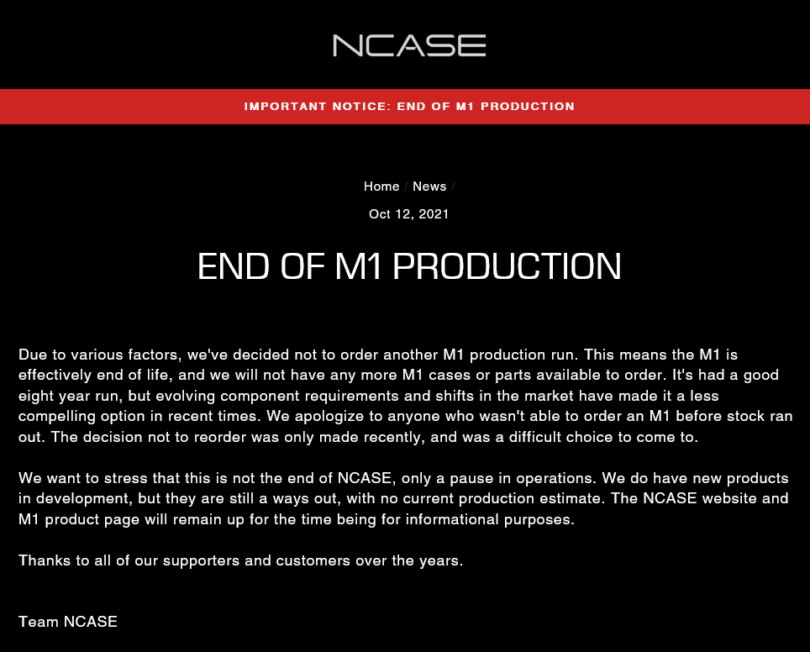 There are some stories that hit in a personal way and this is one for me. I’ve followed the NCASE M1 since it’s early days in the Hard OCP forums. I was an early backer, and have built more NCASE M1s than any other SFF case. If not for the NCASE M1, I would not have met the incredible people in this forum, and gotten this opportunity to write for SFF.Network. This is not an easy story to write, and I feel like the SFF world is suddenly a lot smaller (no pun intended).

Well, the press release says it all: “evolving component requirements and shifts in the market have made it a less compelling option in recent times”.

The NCASE M1 started design in 2012, back when all you needed was a I5-2500K to play games. Indeed, by the time I finally took my case out of storage to build it, the 6700K was the top tier CPU, and it only had 4 cores and 4 threads. However, today’s top end systems have four times the cores, and can put out substantially more heat than was ever considered for the M1. Yet, the M1 persevered. The inclusion of an innovative side mount 240mm AIO allowed it to run any CPU that was thrown at it. It’s the GPU where the NCASE M1 has had it’s greatest challenge.

The M1 came at a time when GPUs were still only two slots, and often used blower style coolers. However, since the release of the Turing series of a GPUs, we’ve seen a move to 3 slot GPUs with axial fans that dump the heat back in the case. This is where I began to run into issues with my own M1. I was overclocking my 8086K to a 5GHz with a Founders Edition 2080 at over 2GHz. The heat from the GPU was astounding, and I actually burned myself once when I brushed up against the backplate. Maintaining the overclock on the CPU became almost impossible. Ultimately, I couldn’t find a solution that worked without delidding the CPU; a step I didn’t want to take. So I moved to a larger case. Ironically, I would ultimately return the 8086K back into the M1, but at stock clocks where the case performed fine. 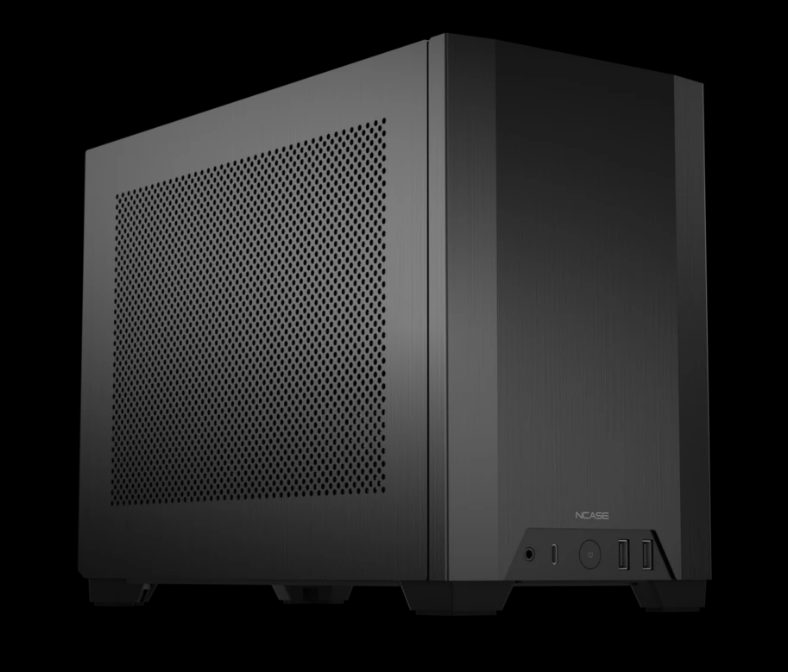 However, unlike 2012, the M1 faced competition now from not only dozens of other SFF community cases but also major manufactures that could simply produce their cases for far less money. Moreover, rip-off designs are now rampant from less-than-ethical manufactures that would sell their cases in foreign markets. It’s just hard to convince someone on a budget that they should consider the M1 over cases such as the CoolerMaster NR200 for less than half the price when every other component is more expensive.

On top of all of that, add on all of this the supply issues and shortages driving up prices of raw materials and production, and you have a recipe for what we see here today. For those that don’t know, Lian Li was contracted to produce the M1 throughout its life. They are battling their own supply issues which would no doubt delay and raise prices on smaller manufactures who contract through them.

There is some hope though. NCASE itself isn’t dead. They have other products in design, but no timetable to bring them out. In the meantime, the spirit of the NCASE M1 lives on in our forums, and in such cases as the SSUPD Meshlicious and the Dan C4-SFX.

I was lucky enough to buy a spare NCASE M1 V6.1 last year. Now I will have to plan an extra special build for it. To everyone involved in the M1 project…from the forum users to the designers…I thank you for helping pioneer the SFF market. You have my eternal gratitude and appreciation.