First up at CES 2019, we visited Zotac! Well known for their Mini series of cards, as well as some impressively powerful SFF systems, let’s see what they had on display this year.

Most of the products shown below will be available Q1 2019. 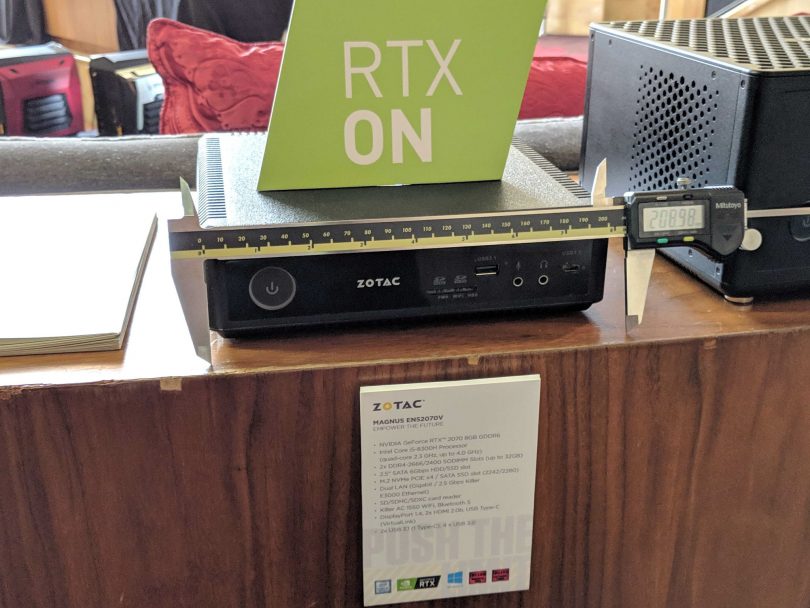 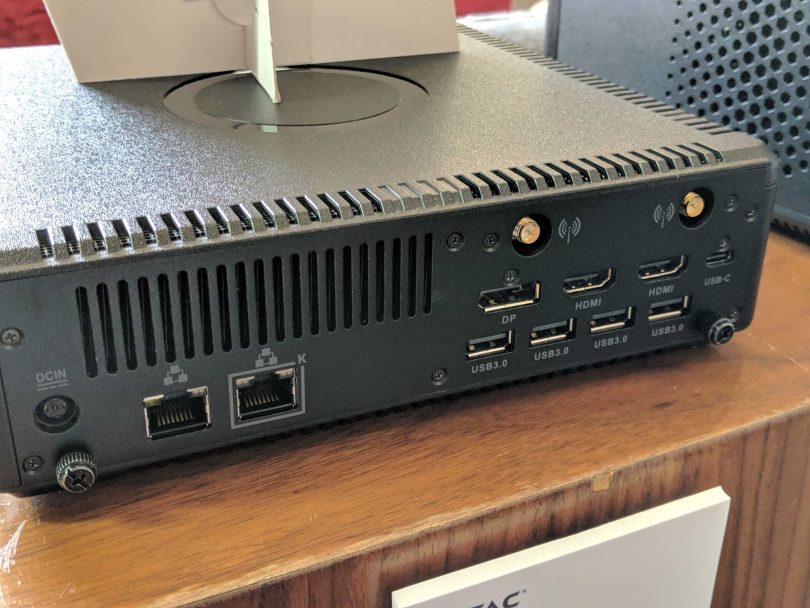 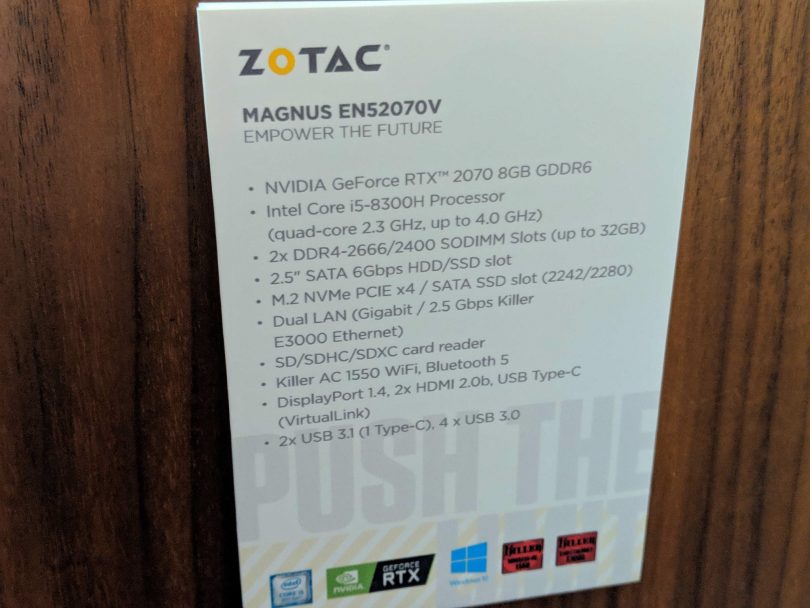 The Magnus range has been updated with the new 2000 series NVIDIA GPUs. This beasty in particular holds within a RTX 2070 8GB GPU. Nice. 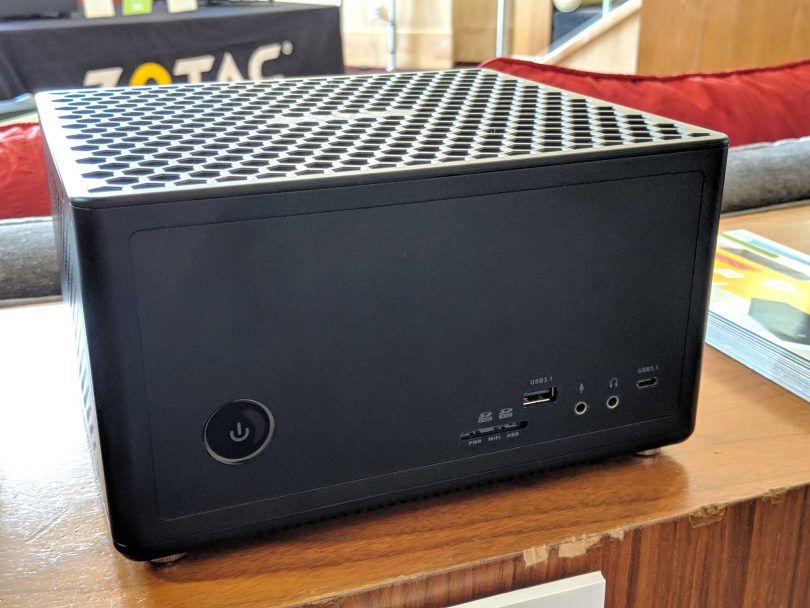 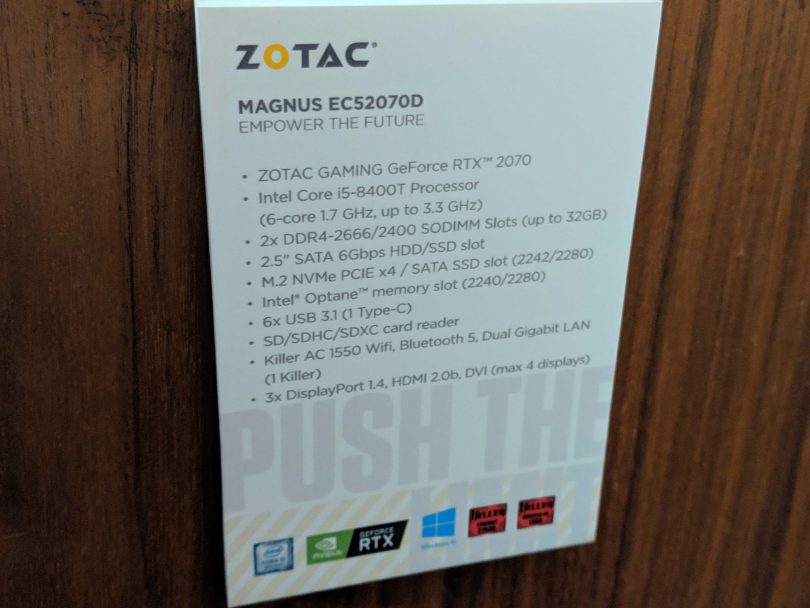 The bigger brother. Same GPU, but a faster processor. 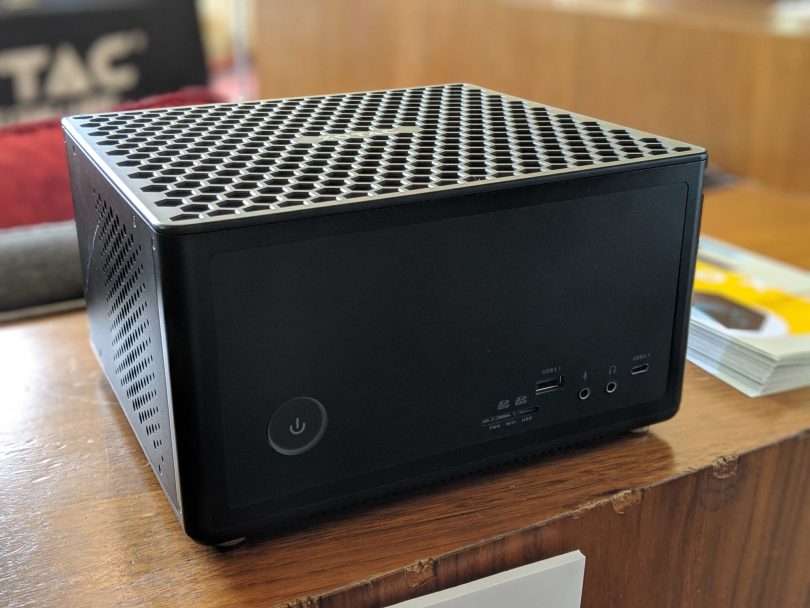 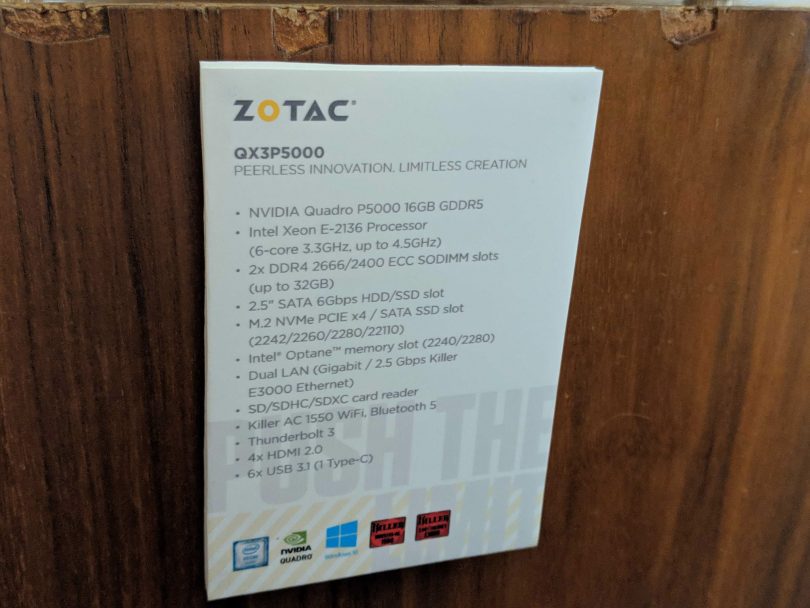 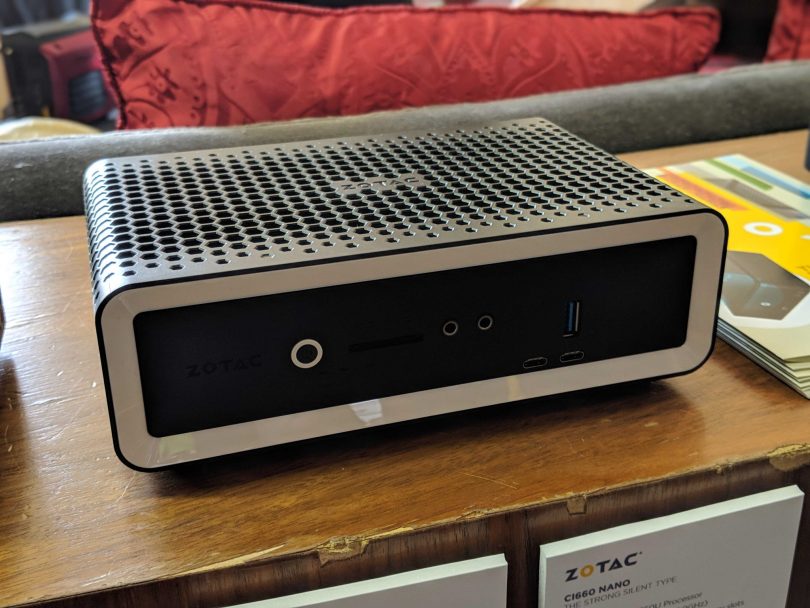 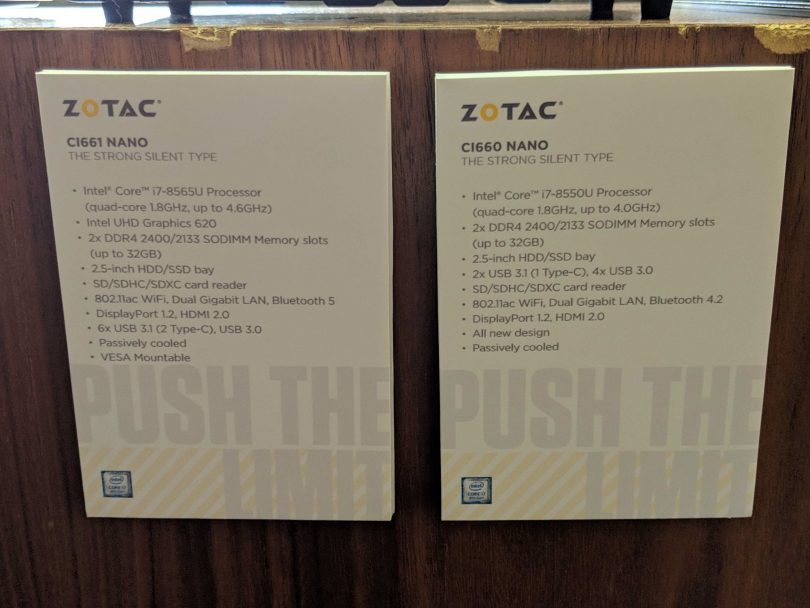 The strong silent type, according to Zotac. 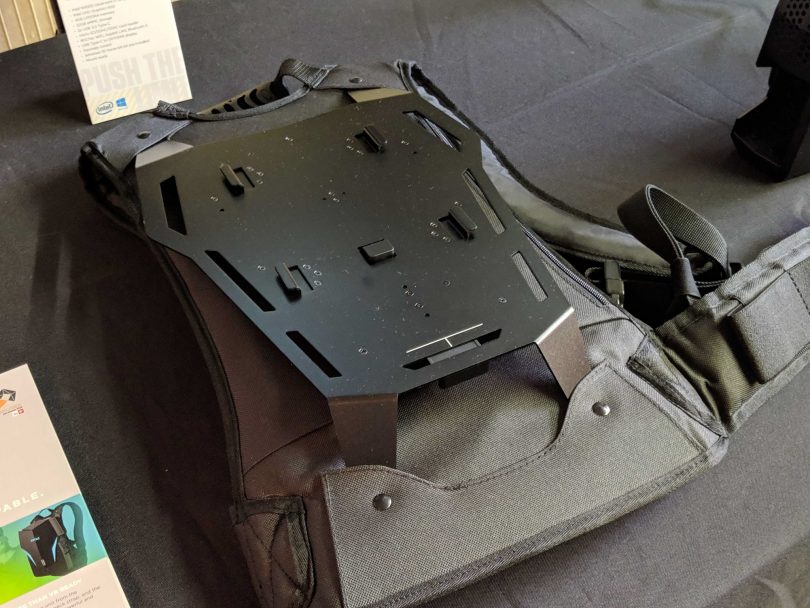 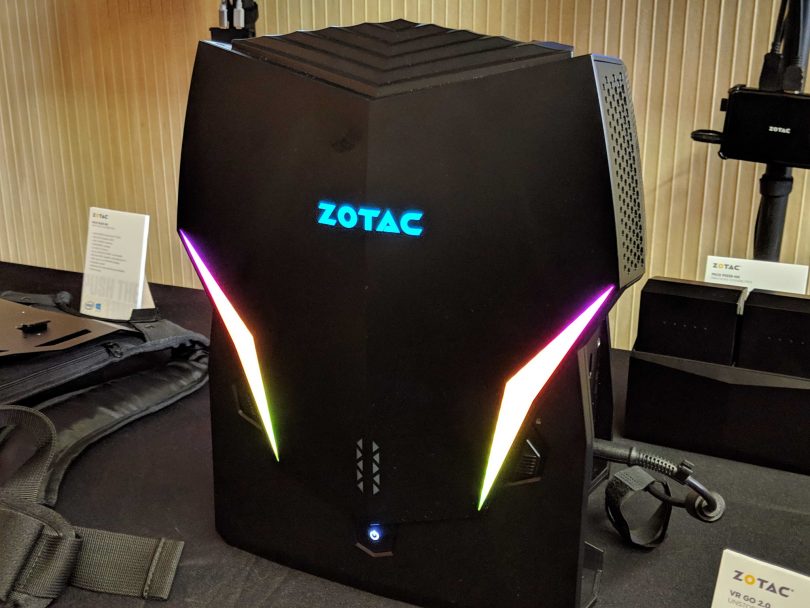 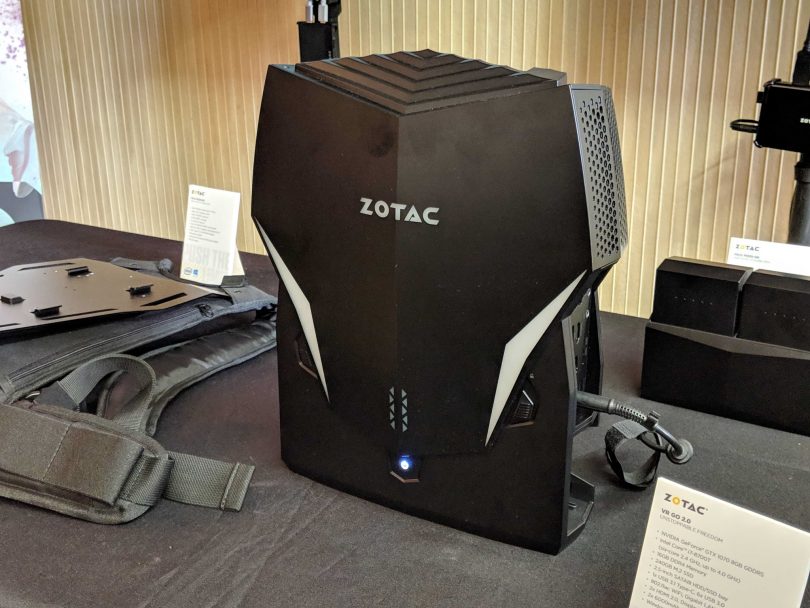 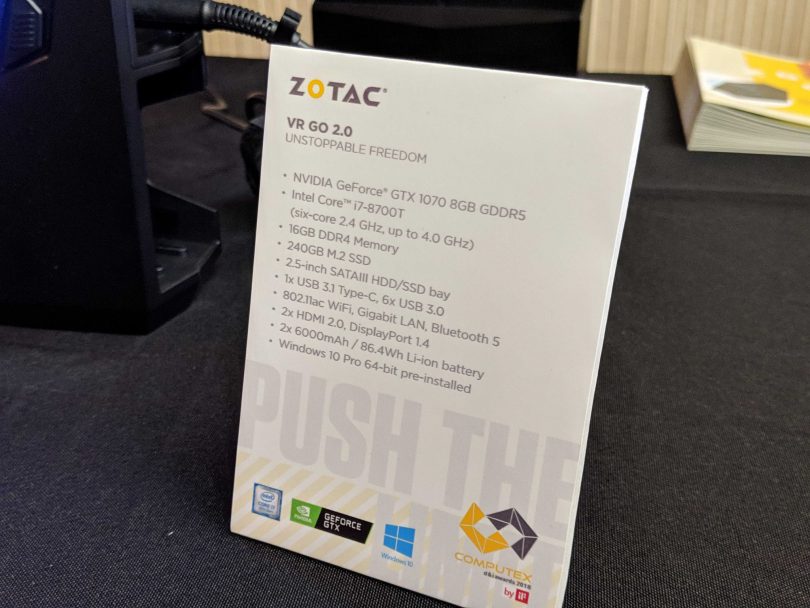 The VR backpack makes an appearance, of course. 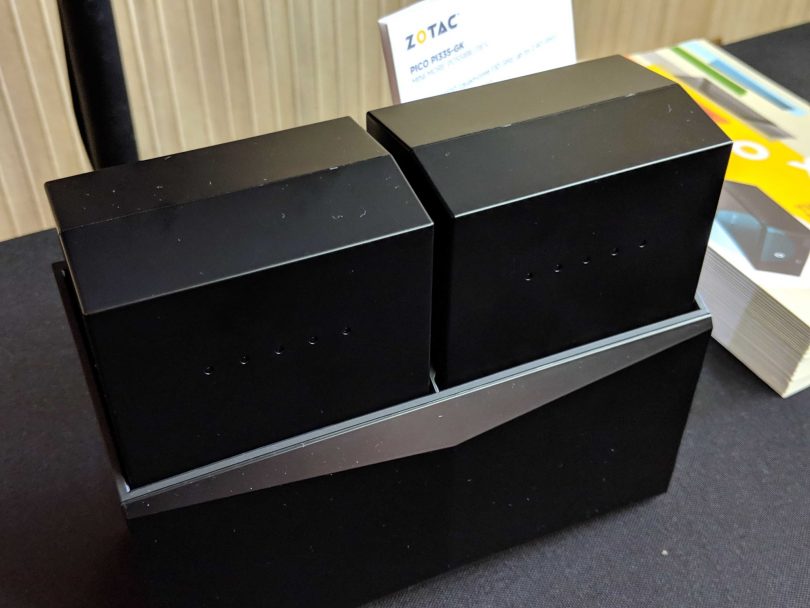 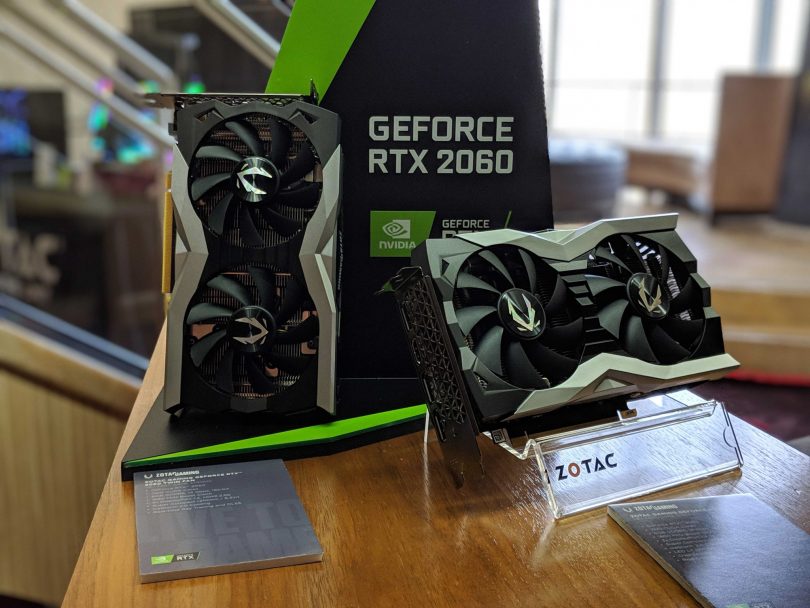 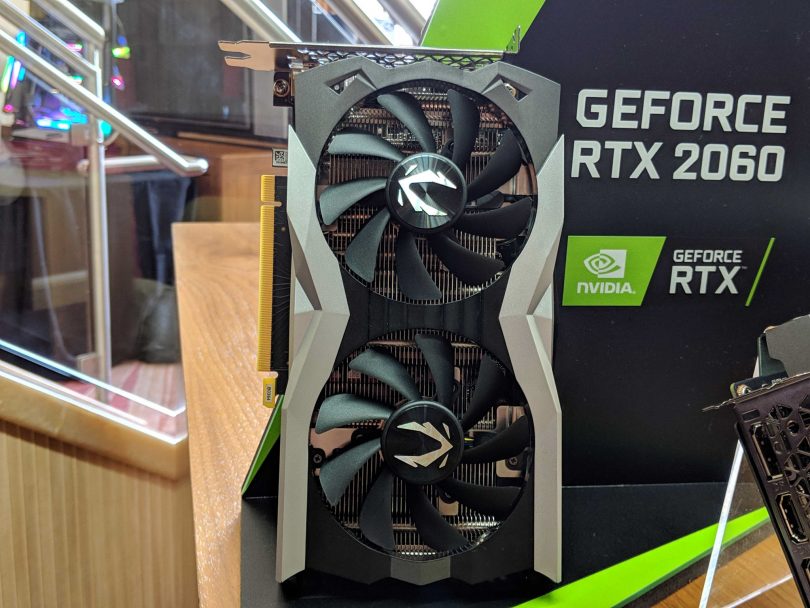 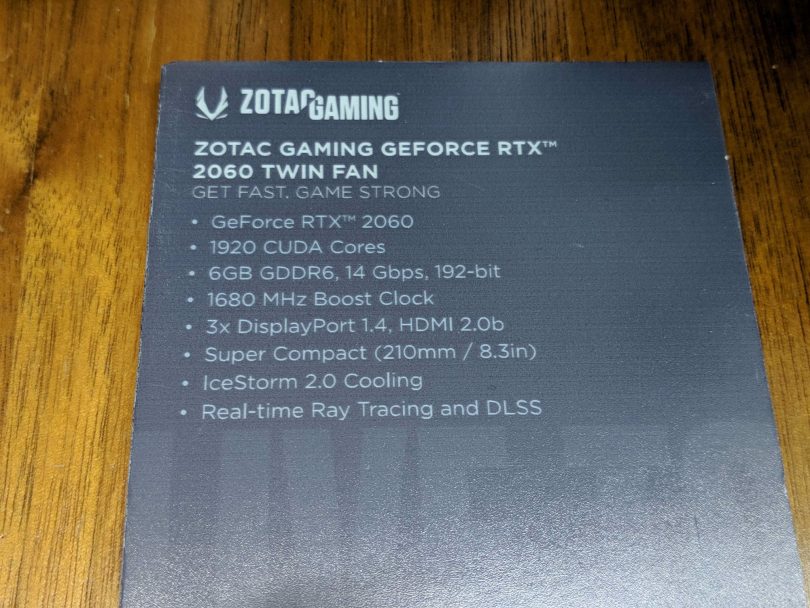 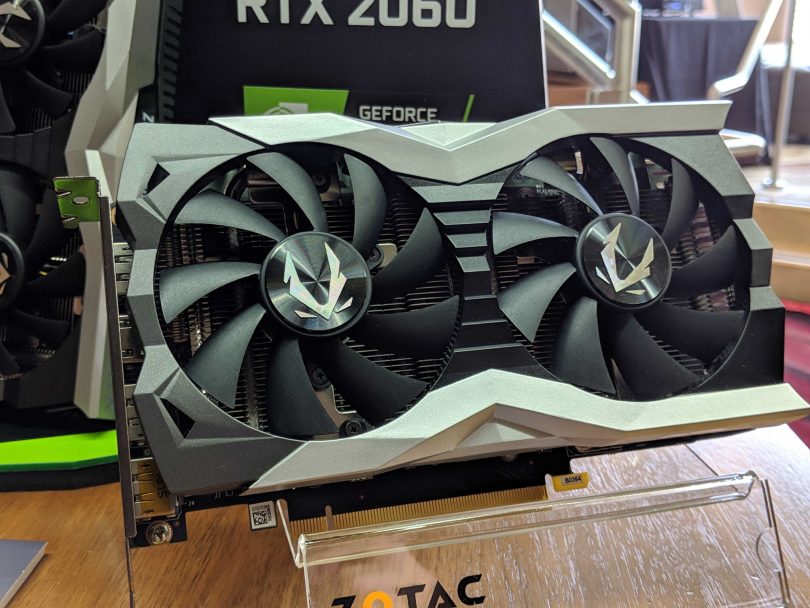 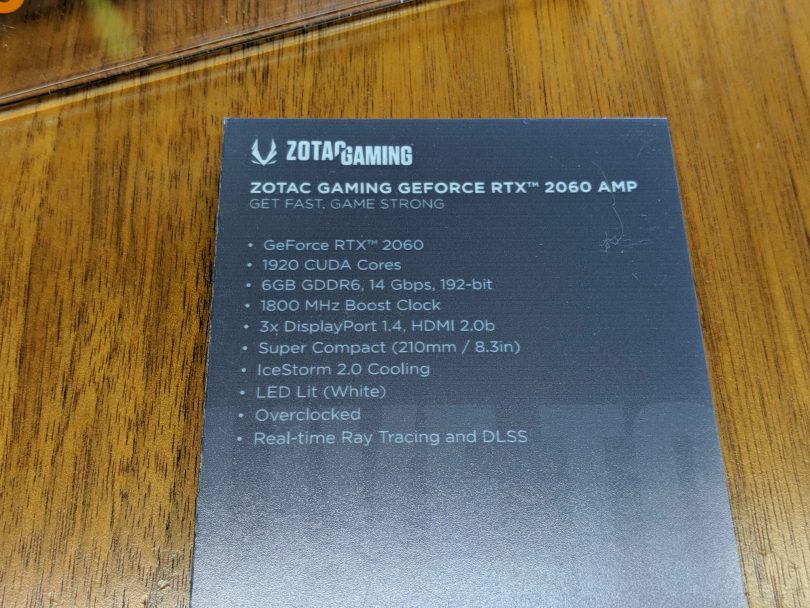 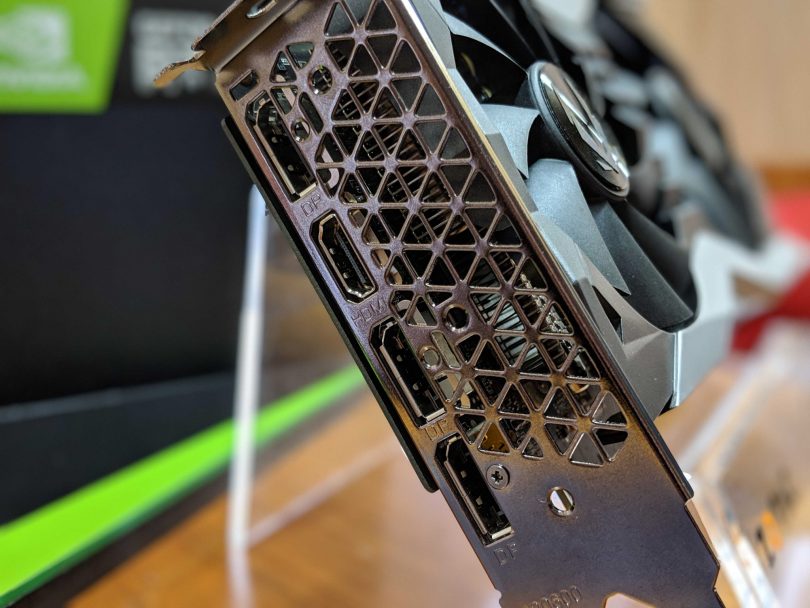 Just launched by NVIDIA, the RTX 2060 is on show, with both the Twin Fan and the AMP variants appearing. No VirtualLink on these cards, it has to be noted. 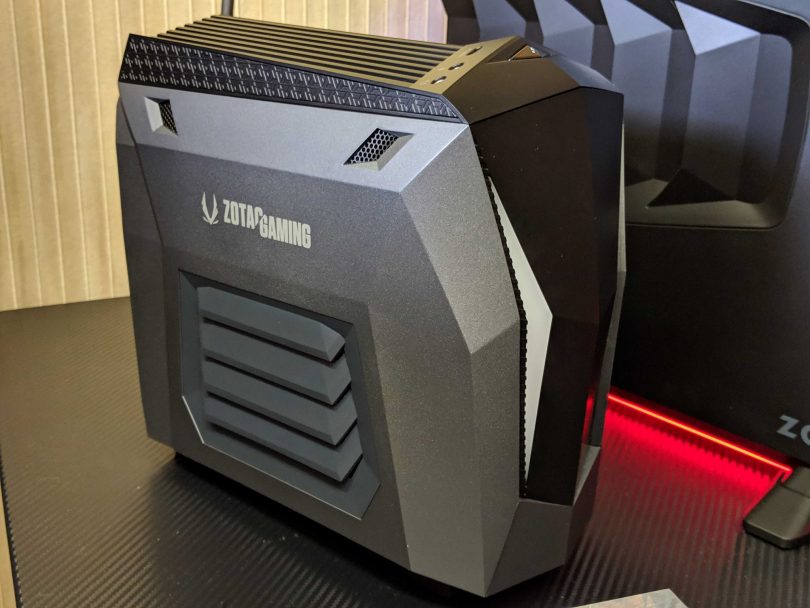 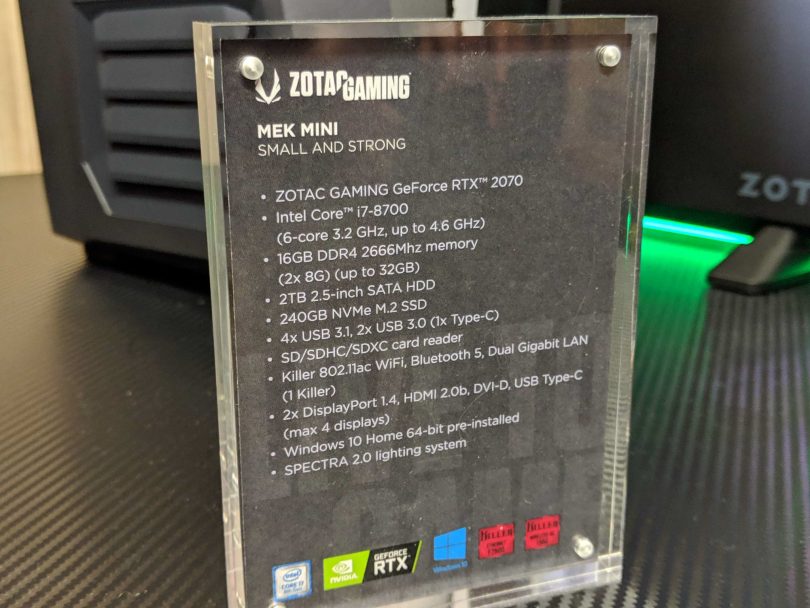 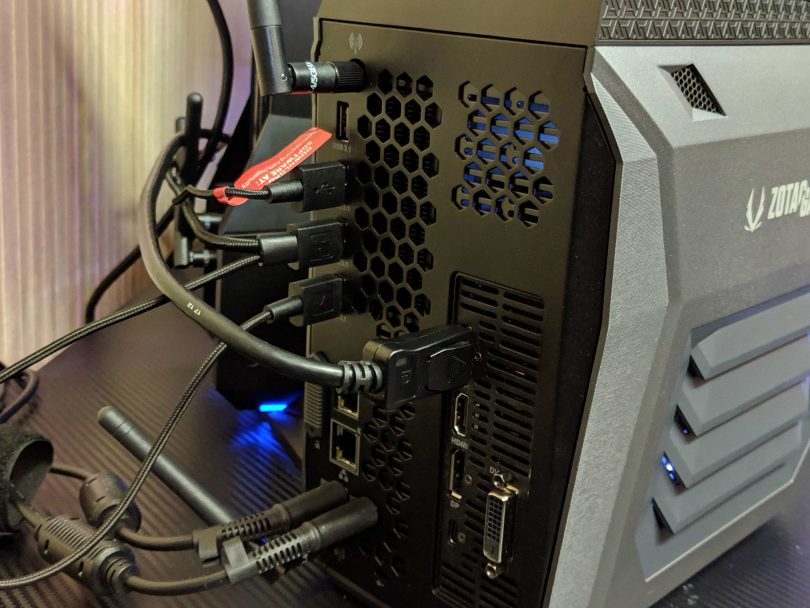 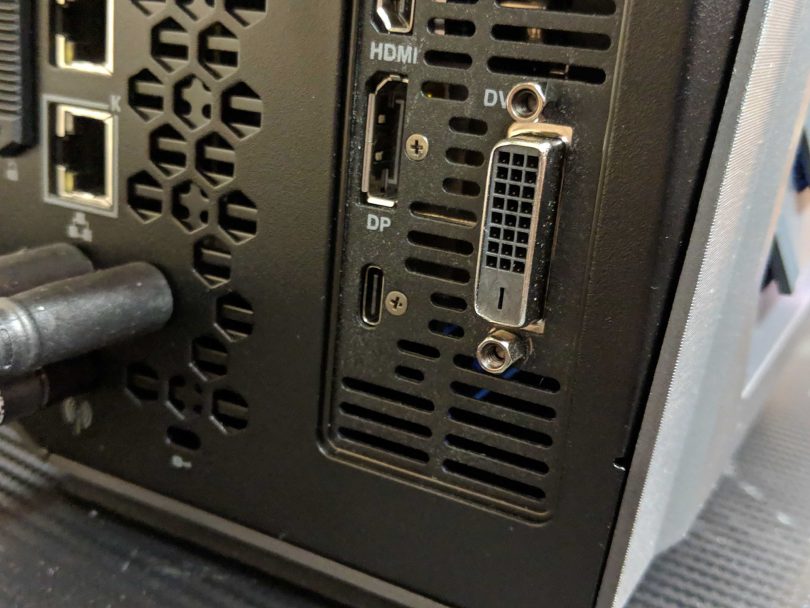 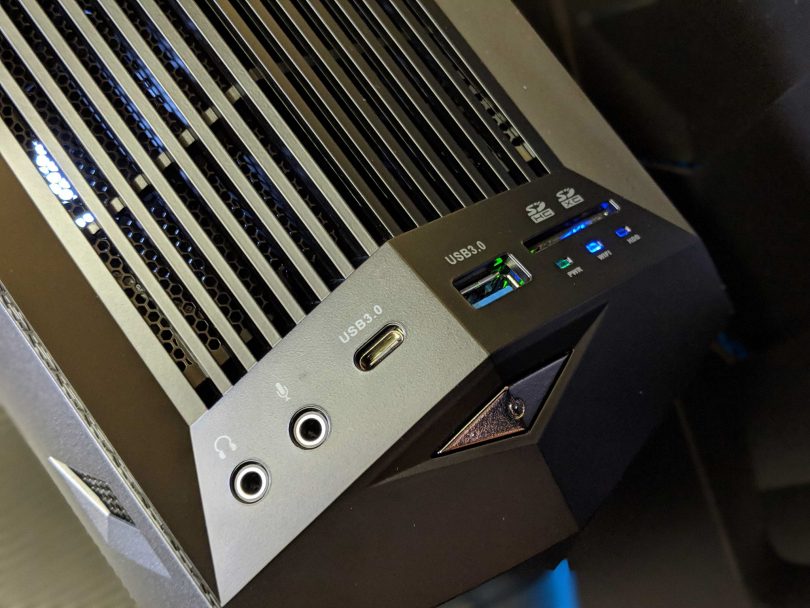 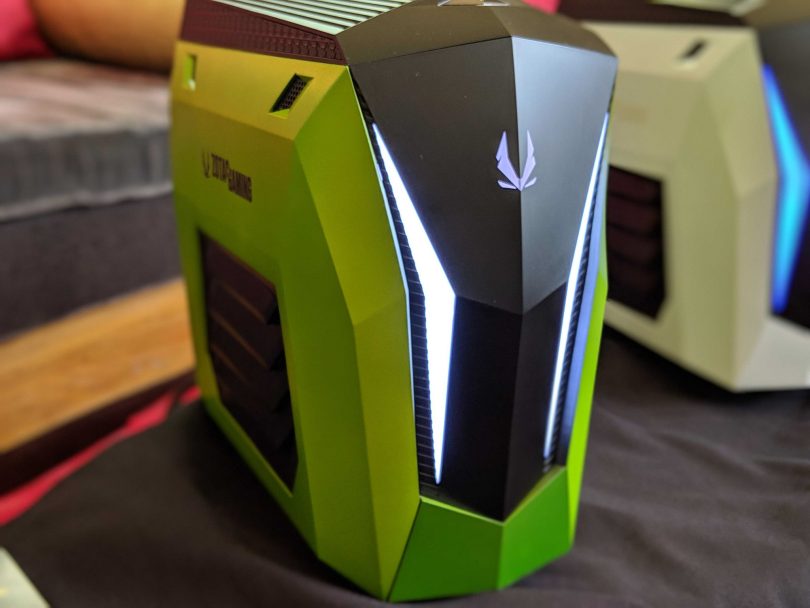 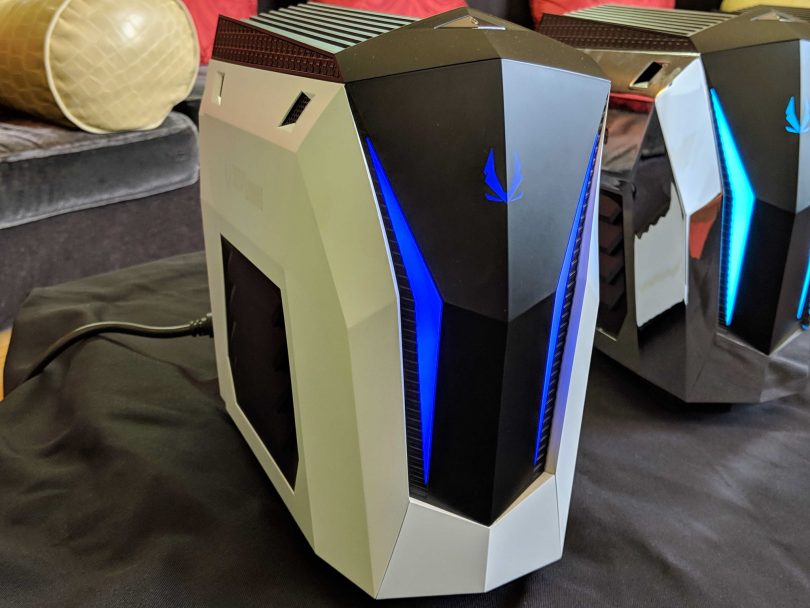 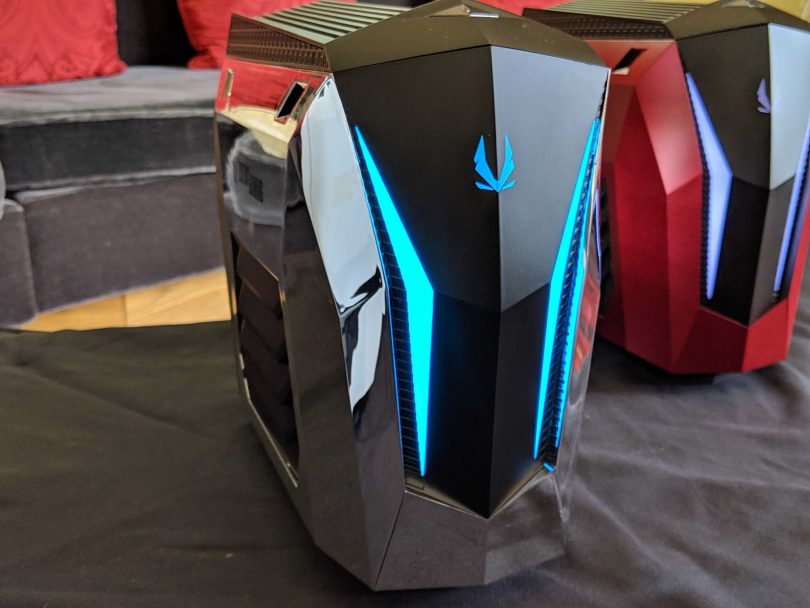 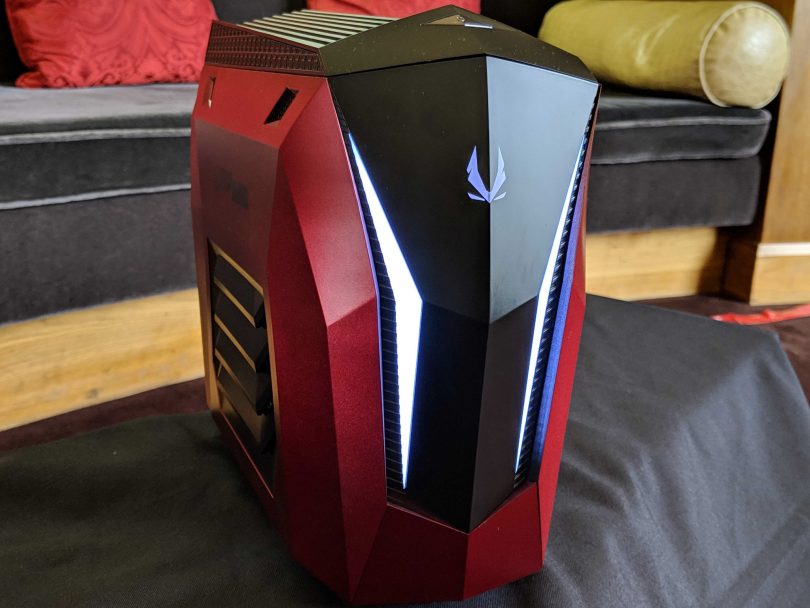 The Mek Mini, a change of form factor from the Mek shown at Computex 2018, was on show. Featuring a custom motherboard factor, and various colours, the Mek Mini is an interesting pre-built option for those who shy away from DIY.

Big thanks to Zotac for inviting us to their suite!