With the SFF Network crew on-location at Computex 2018, one of the first booths we’ve visited is that of ASRock, a company we’ve covered and reviewed at length for their work in the realm of motherboards and pre-built systems. Well known for their mITX and (lately) STX boards in particular, ASRock recently announced their intent to expand into GPUs by launching a broad series of AMD-powered graphics cards, which is a first for the company.

ASRock has dubbed their entire series of graphics cards the “Phantom Gaming” line, with aggressive aesthetics and cooling to match. Interestingly, although there is not much that makes these cards flashy (or to that end differentiates them from the bountiful competition), there are some rudimentary design decisions that ASRock has made which make the entire line especially relevant to the SFF space. 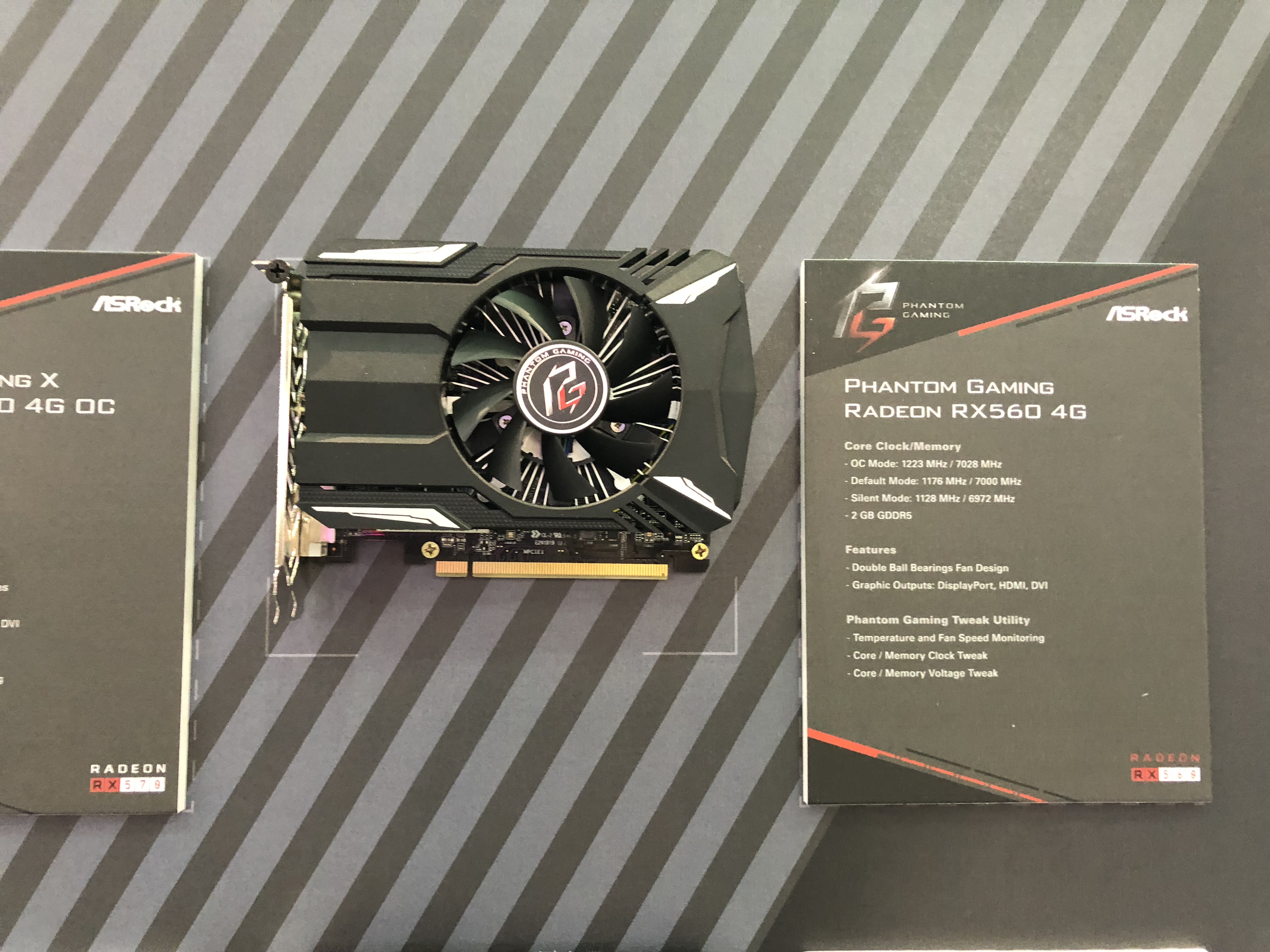 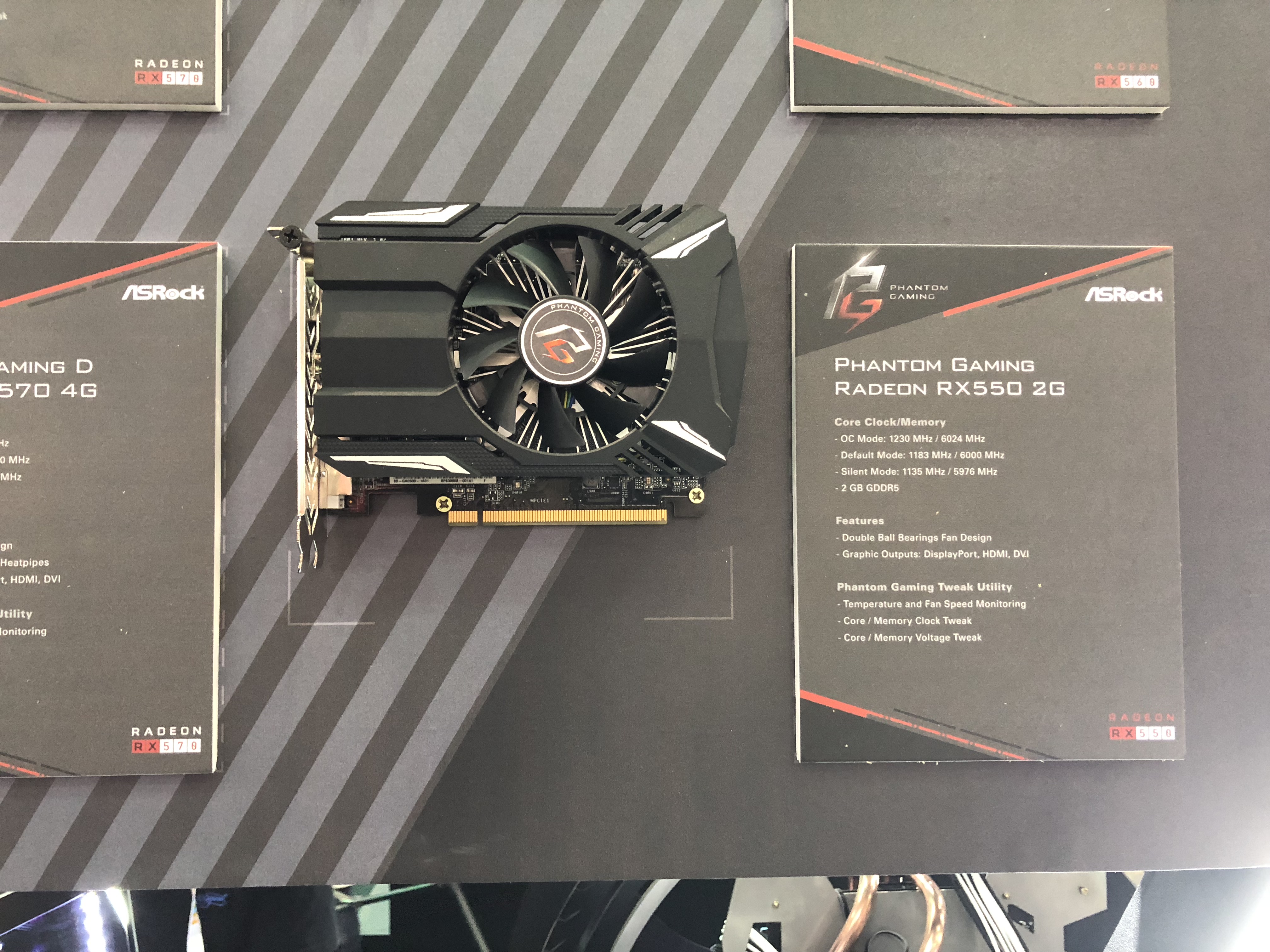 To start, ASRock has developed a pair of ITX-length graphics cards which sit at the bottom of the range: a RX550 with 2GB of memory, and an RX560 with 4GB. Although the shroud and heatsink for these cards does extend beyond the PCIe bracket (in a bid to support a larger-diameter fan), this ~15mm additional height is more reasonable than other cards we’ve seen in the market.

In keeping with the rest of the line, ASRock provides pre-configured ‘modes’ in which the cards can be selected to run, depending on whether or not you prioritize performance, power consumption, or noise in day-to-day operation. Finally, for outputs, ASRock has chosen diversity over uniformity, supporting DisplayPort, HDMI, and DVI at once. 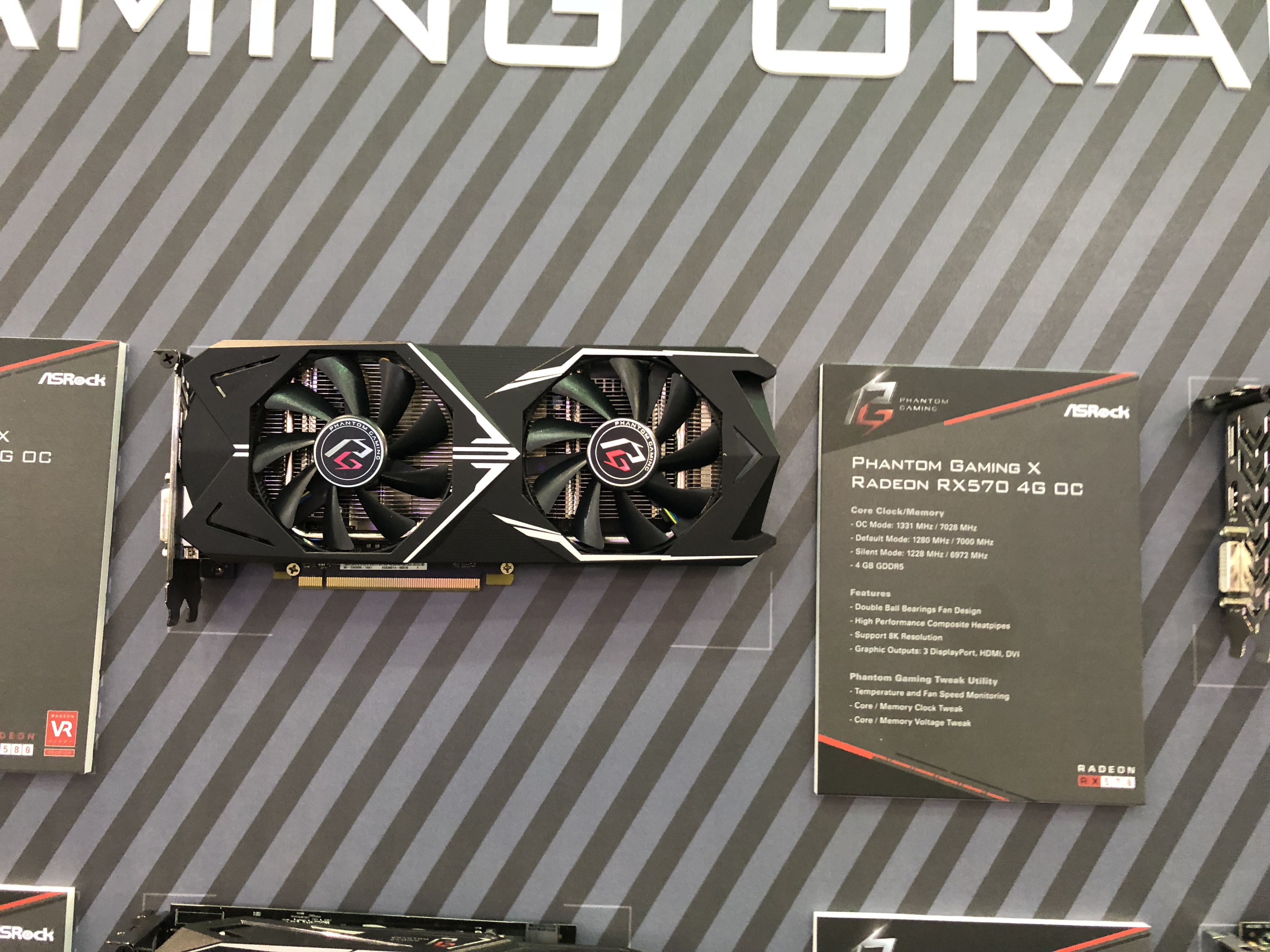 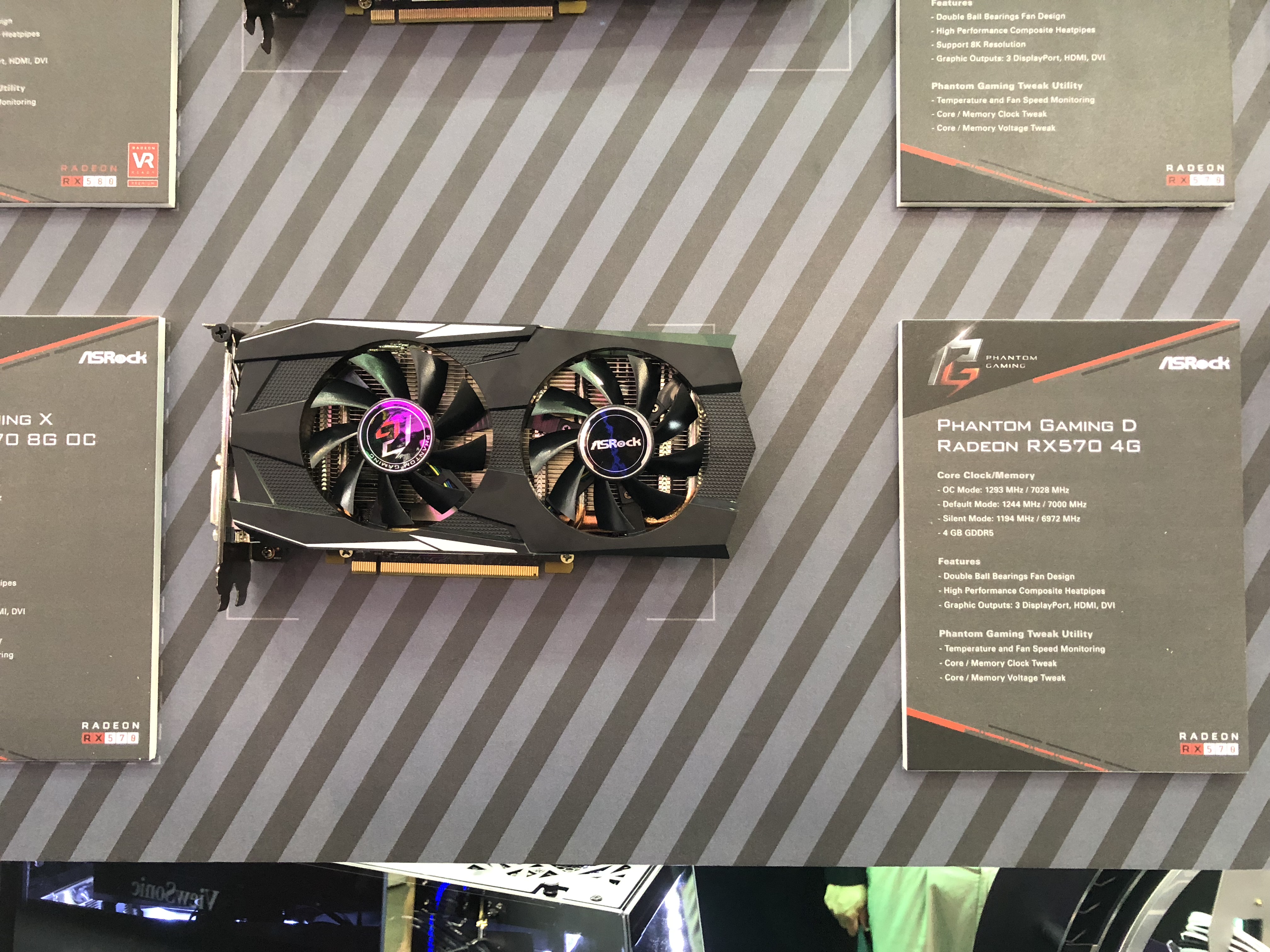 Stepping up to the next tier of performance, things start to get more interesting. Most impressively (to me at least), you’ll notice that the remainder of the Phantom Gaming line has all graphics cards keeping their height within the confines of the PCI slot – a true rarity nowadays as shrouds and coolers love to grow in all dimensions in the quest for higher clocks and cooler temps. In addition, even on the same chip, ASRock is providing separate solutions that essentially allow customers to stick larger coolers on the same boards, for better performance. The RX 570 and RX 580 (below) are the best examples of this. 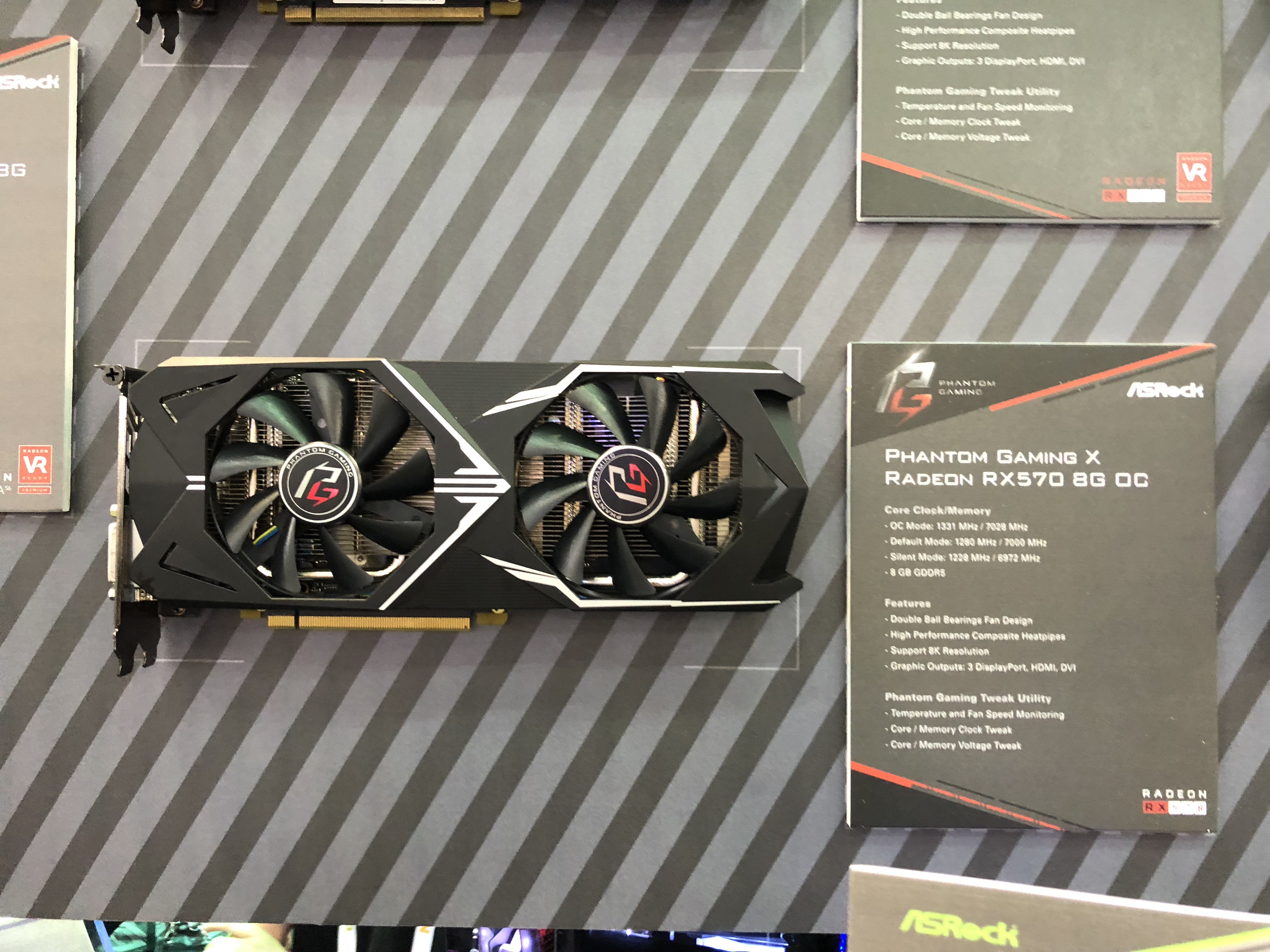 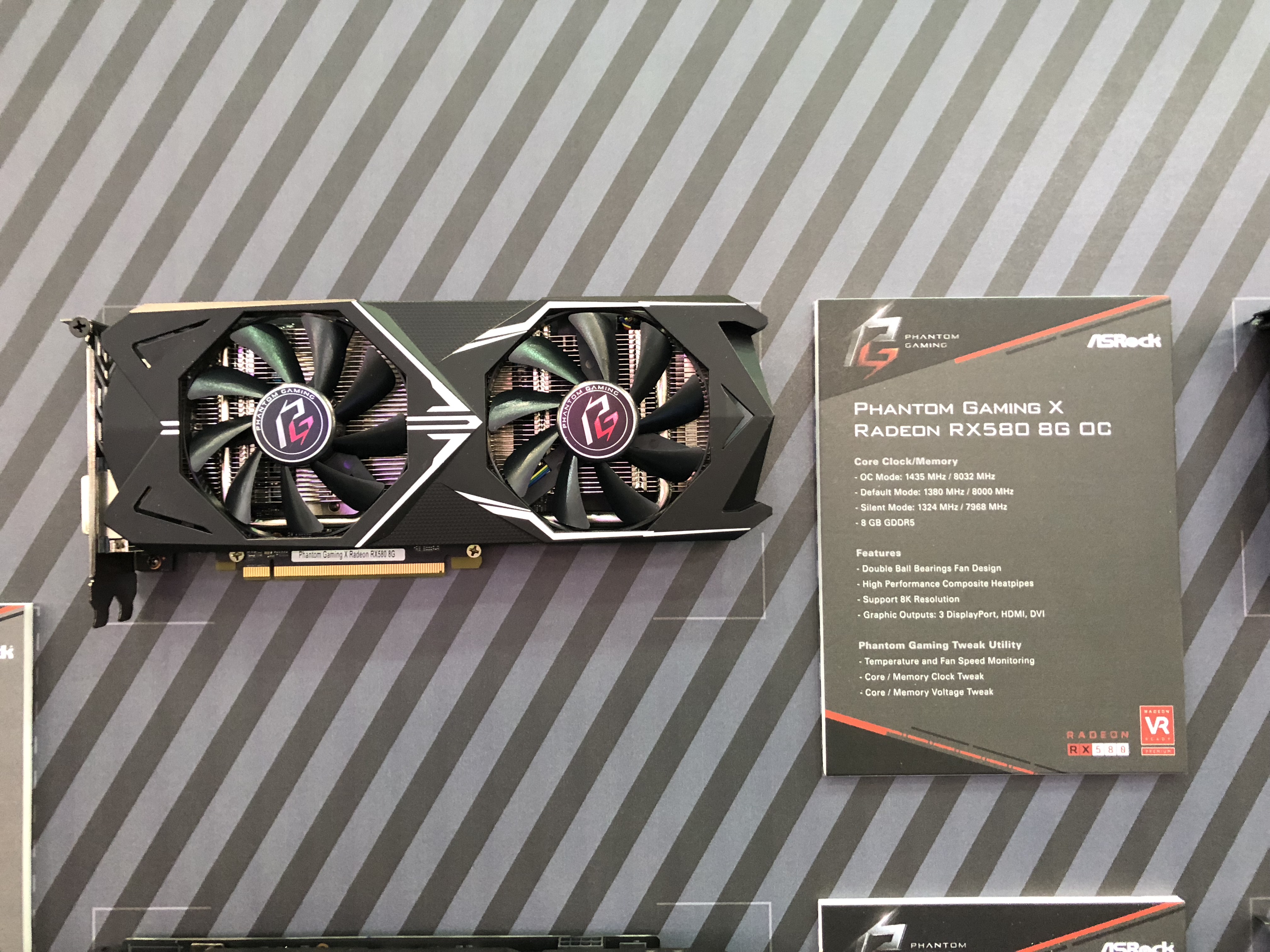 Finally, if you’re worried that ASRock has nothing to contribute to the Vega front, worry not! AMD heavily prescribes the cooling solutions for Vega, so ASRock has done little to differentiate, but we won’t complain about another vendor offering another solution to end users. 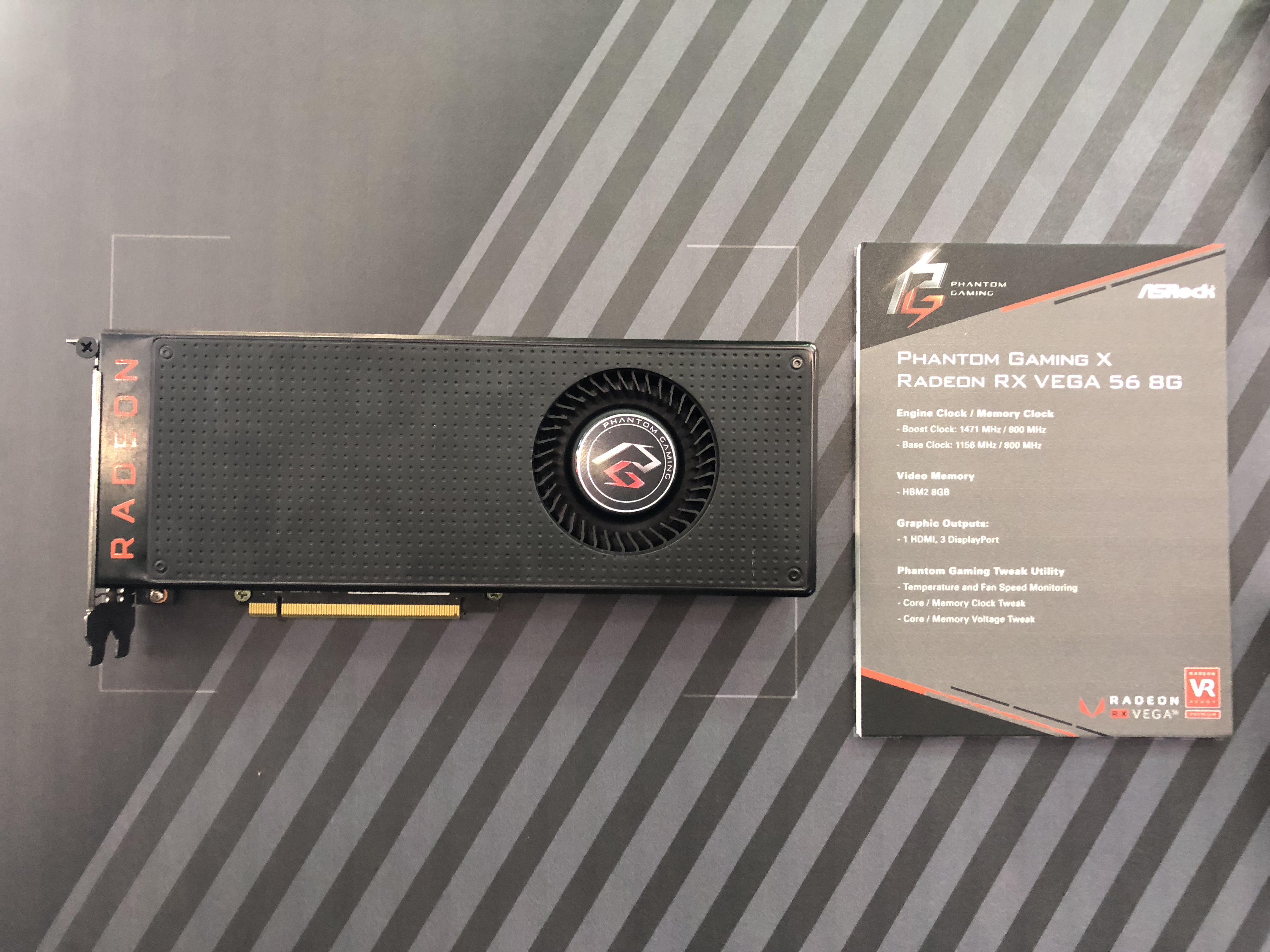 Overall, ASRock looks to have delivered a straightforward, mature product line that will compliment other offerings in the market nicely. In particular, I think that the segmentation they’ve devised is great – enough diversify to provide good fit with individual needs, but not so many different SKUs that the line is needlessly complex. Finally, although bringing ITX-length cards to higher performance chips would have been great to see, the simple wins they’ve delivered in terms of aesthetics and dimensions make the line well worth consideration for builders who want AMD cards that will be easy to install.

At press time, there’s no word from ASRock what pricing or availability looks like for these cards, but we did catch them during lunch, so we’ll update this article once we know more!