ASRock’s DeskMini line, the proponent of the STX and Micro-STX form factors, is undergoing a tonne more development. More layouts, new chipsets, and overall, a determined promise from the manufacturer to continue the STX family of form factors, something we are wholeheartedly behind. Lets see what ASRock had on display. 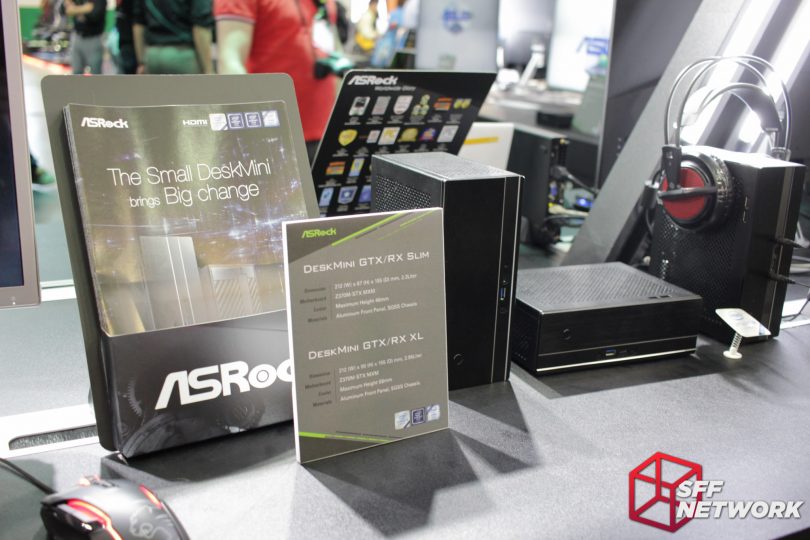 Wait wait wait.. is that sign promising XL and Slim variants of the DeskMini? 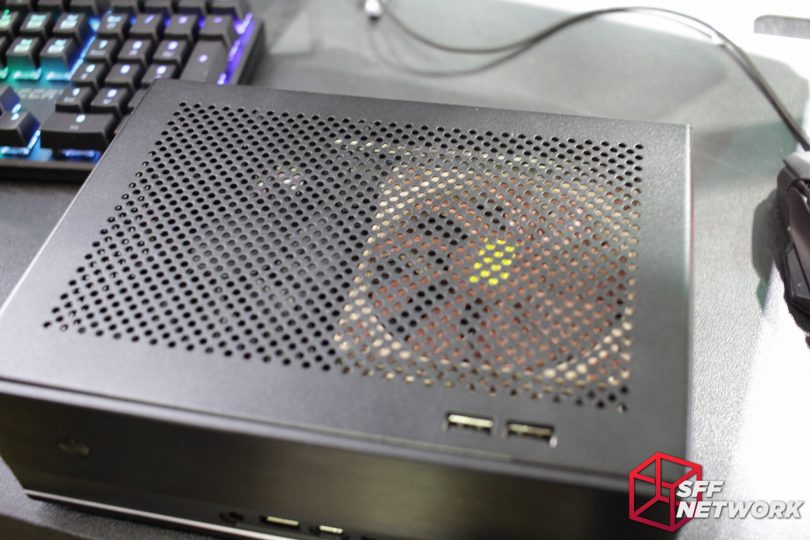 But first, ASRock has great taste in CPU cooling. 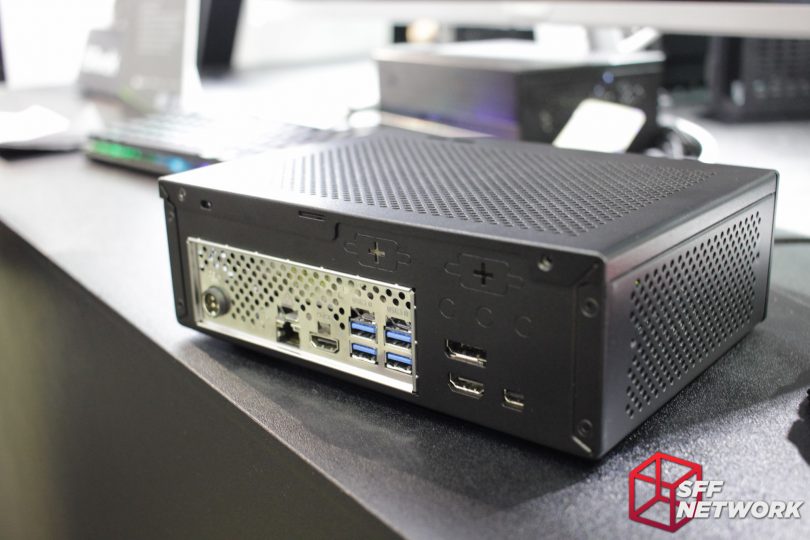 Well, this looks a little different. ASRock has taken the original DeskMini chassis, cut off a significant portion of the base (where the 2.5″ drives used to reside), and created the DeskMini Slim. Much better! With the advent of high capacity NVMe drives in the M.2 form factor, 2.5″ drives are going the way of 3.5″ drives, and this DeskMini variant shows that the loss isn’t hard to take. 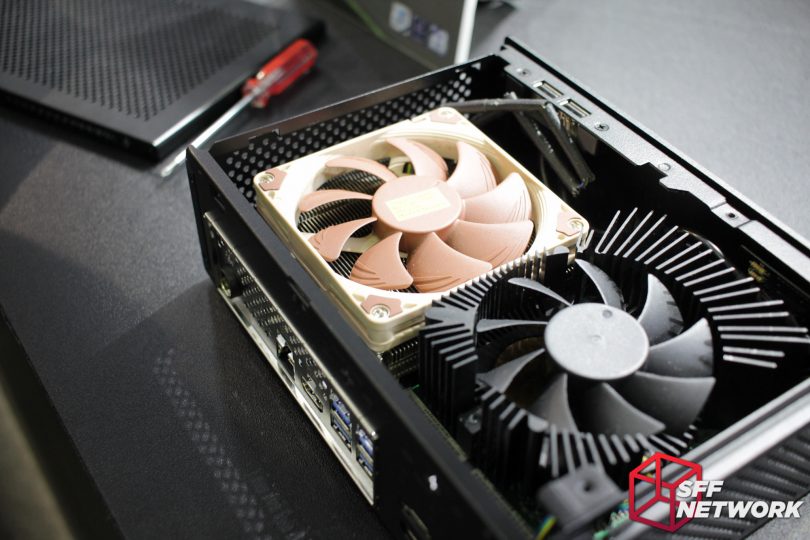 The DeskMini Z270 GTX 1060 that I recently reviewed was on display. When queried on the lack of availability of the 8th Gen Intel variant DeskMini on the western market, ASRock stated that they are waiting to clear the previous generation SKUs from retailer inventory before shipping over the new platform. 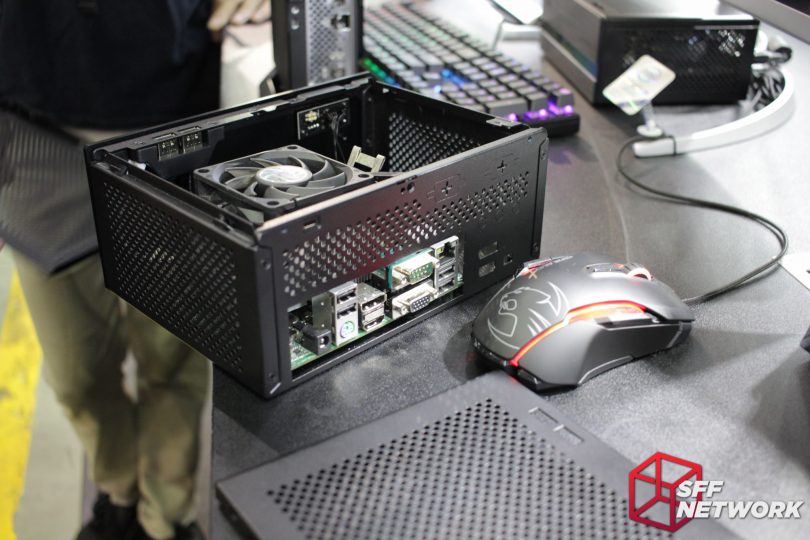 Mind. Blown. Residing in the DeskMini XL chassis, yes, that is an AMD Ryzen STX board. Although we were teased of this a few months back, the appearance of an AMD STX board is great to see, and I’m sure there’s a certain thread on the forum that will blow up as a result. 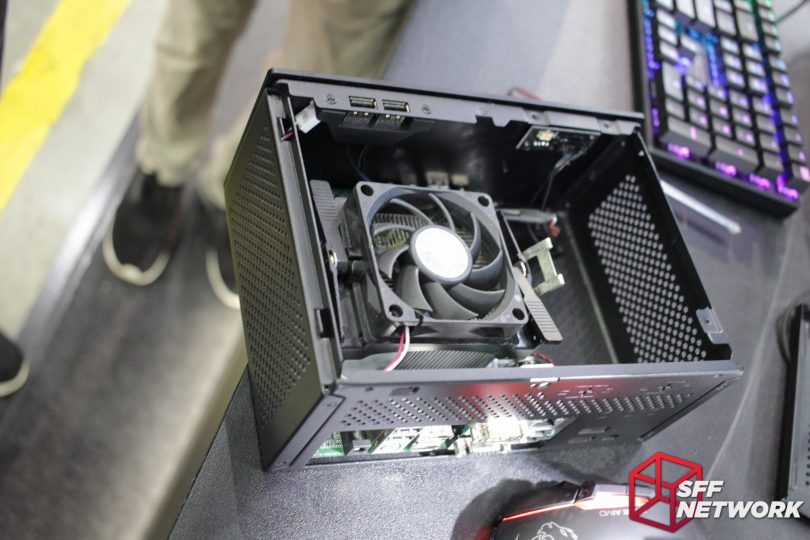 Whilst this board is regular STX and this is a Micro-STX case, it does demonstrate the possibilities of the platform. 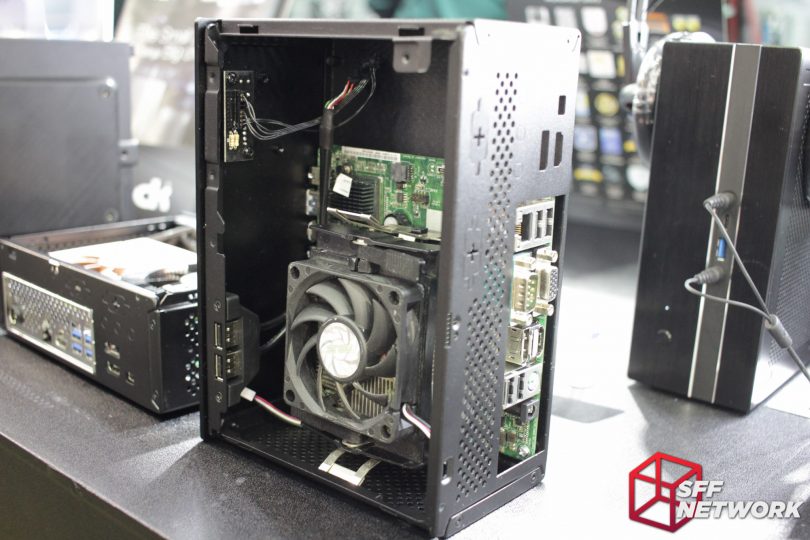 A decidedly industrial rear IO is present, however this is only a prototype board, much like the Slim and XL DeskMinis. 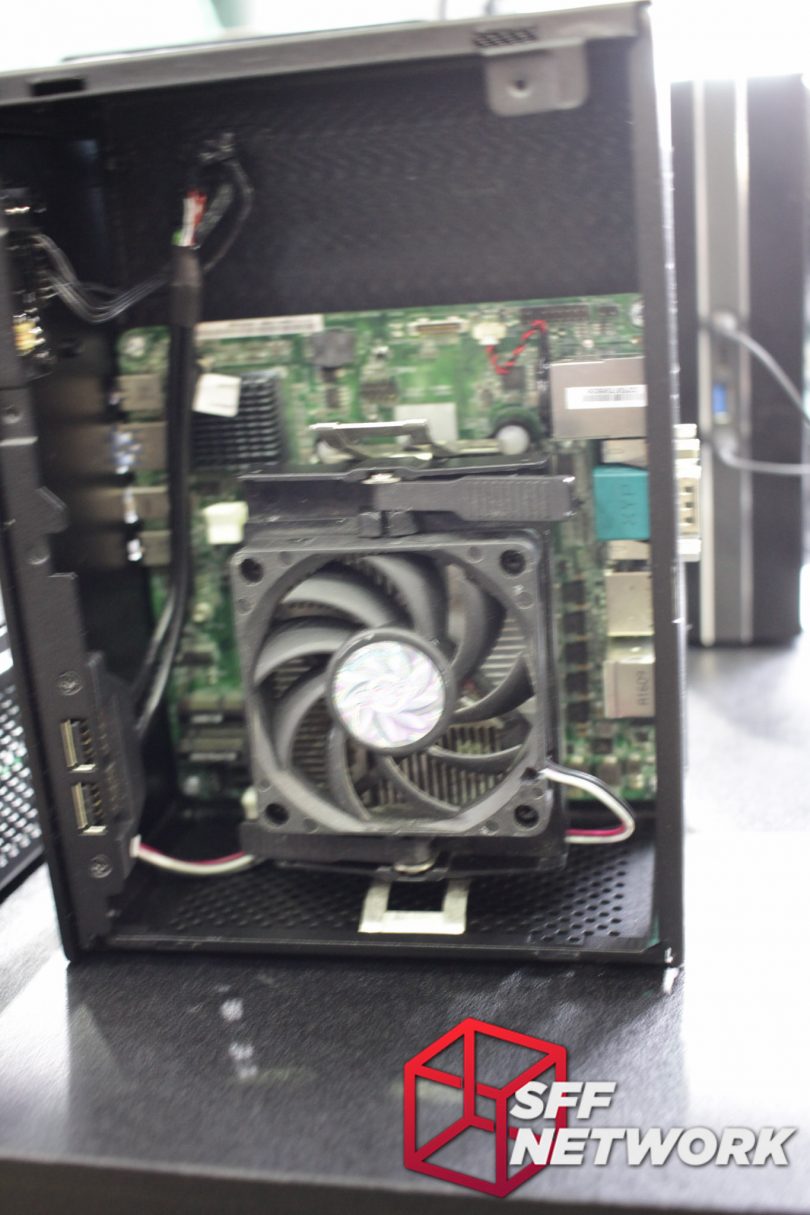 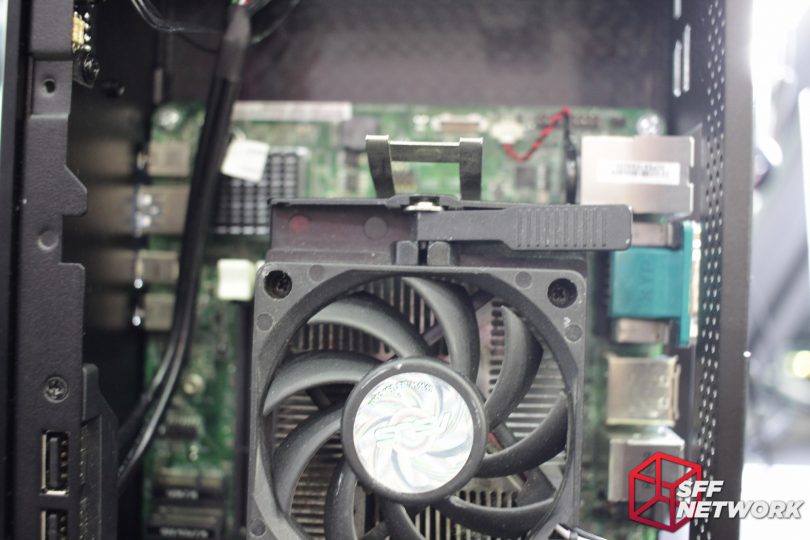 I can confirm that this indeed is an AMD platform. 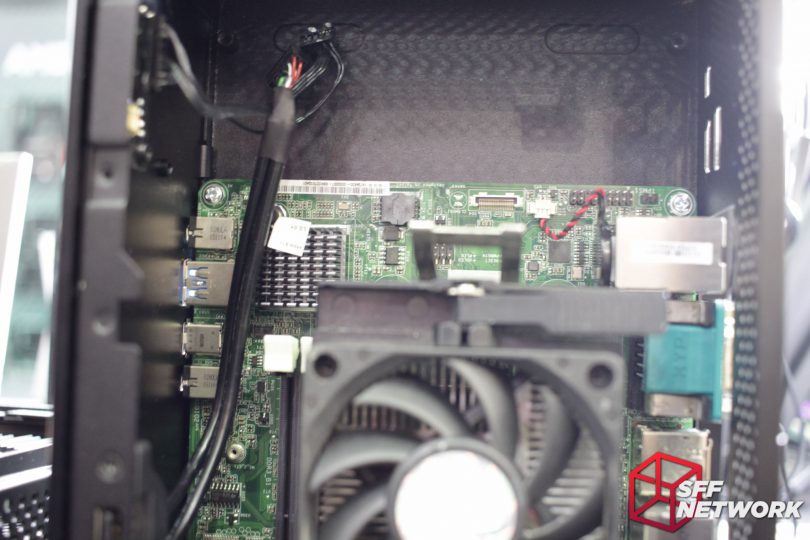 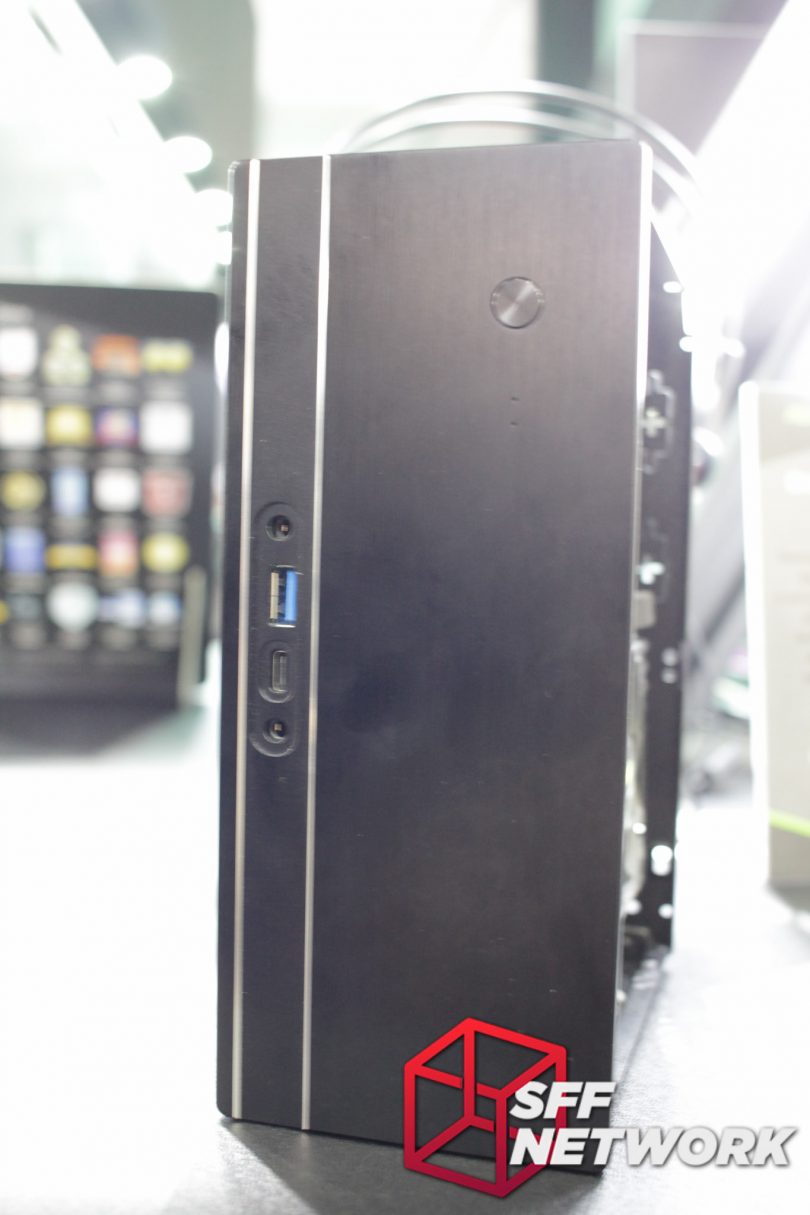 The XL and Slim DeskMinis carry on the subtle design queues of the current generation. 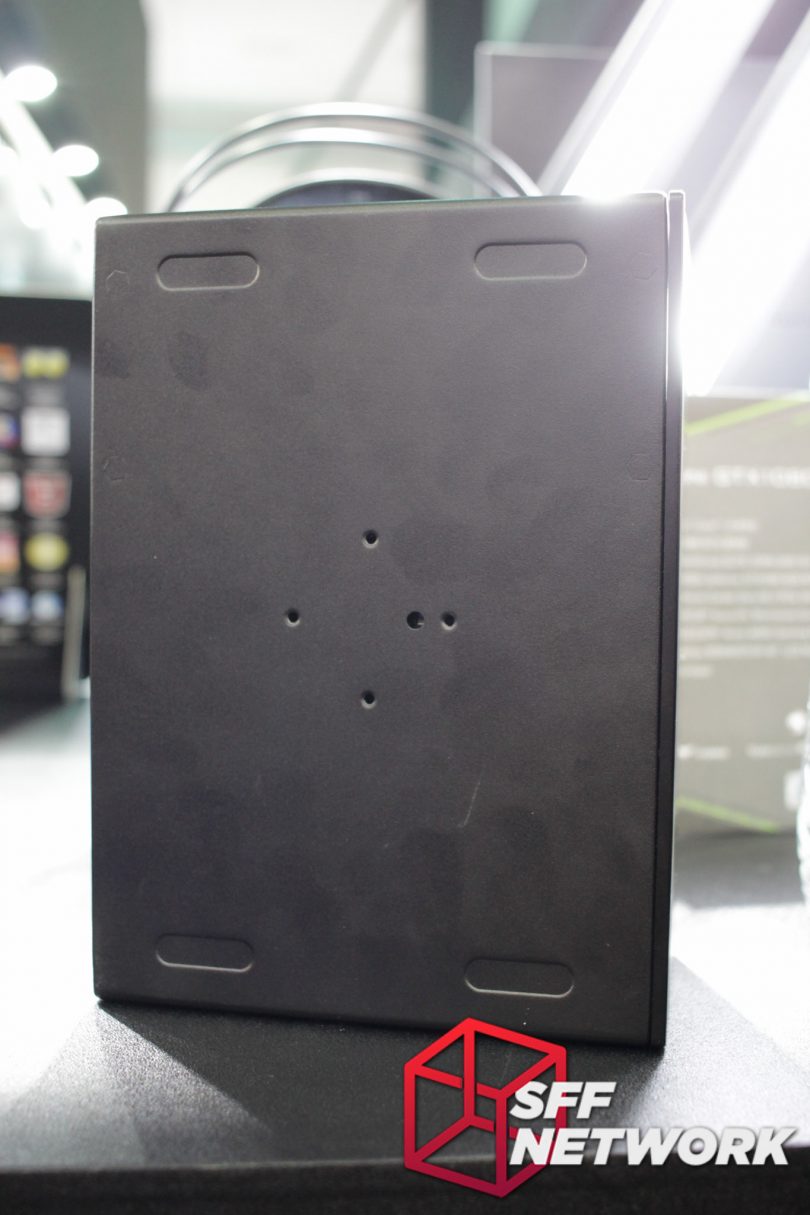 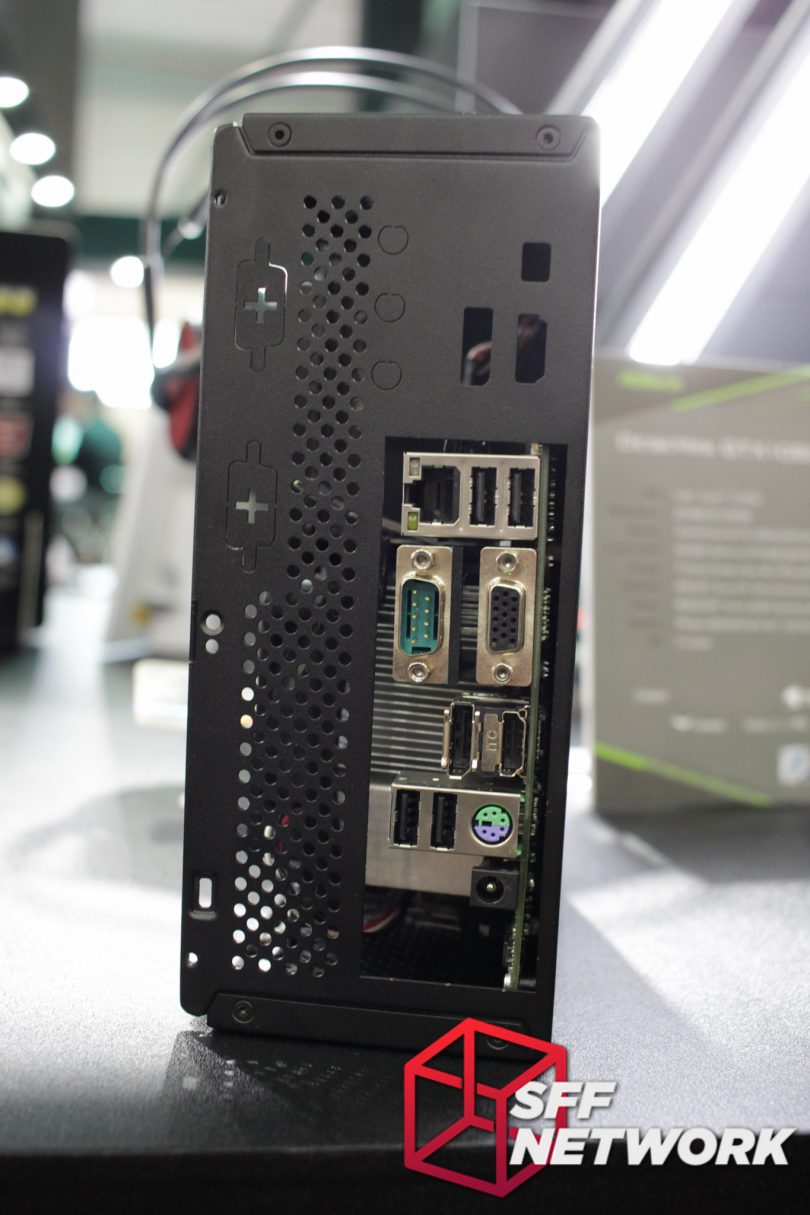 A better view of the AMD STX board’s IO. Such a full compliment – I hope the platform makes it to production. 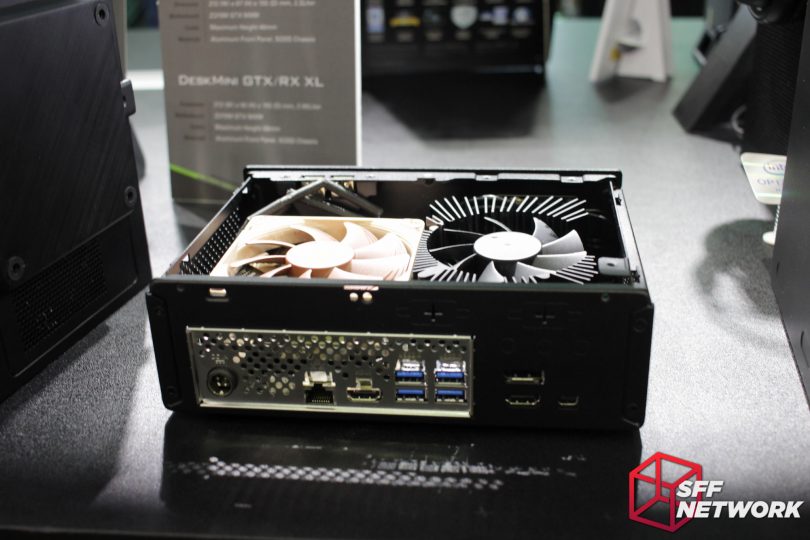 The Slim DeskMini features the same cooler headroom as the current generation systems, so coolers like the Noctua NH-L9i will still fit just fine. 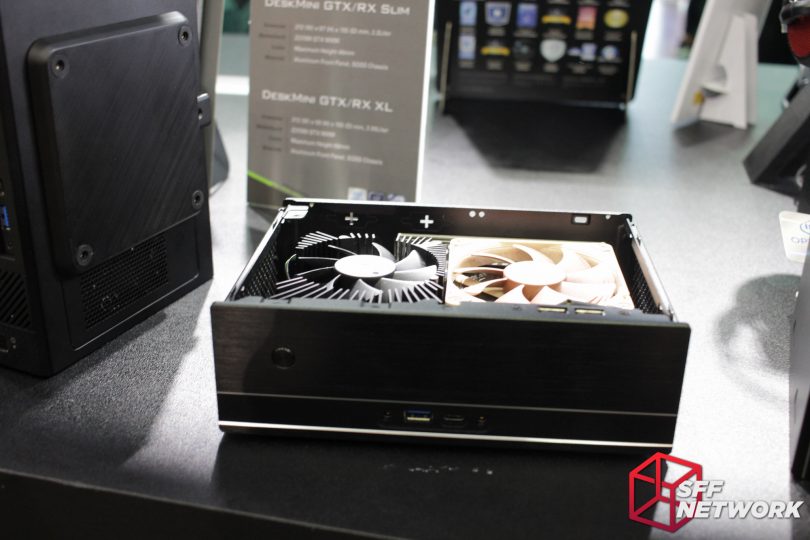 I’ve said it before, the DeskMini styling is well refined. 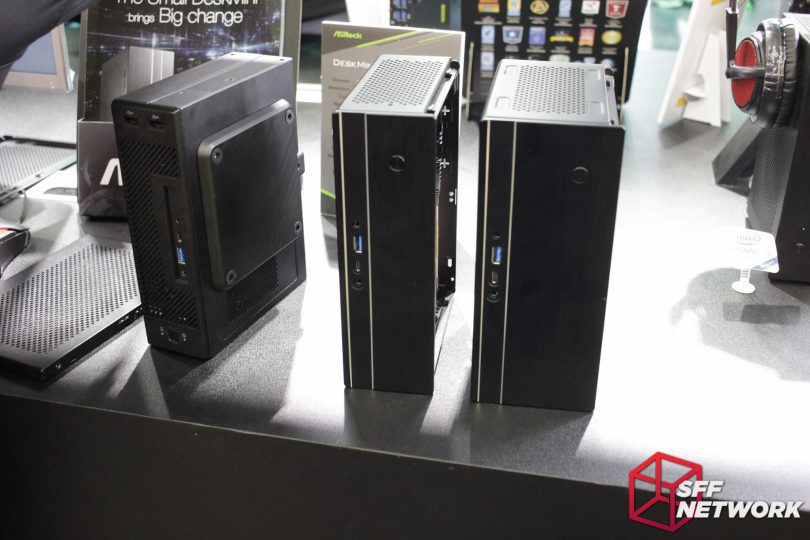 I can’t say anything about the one to the far left, which we were able to preview in detail this morning, but these are the Slim and XL Deskminis next to each-other!