You are using an out of date browser. It may not display this or other websites correctly.
You should upgrade or use an alternative browser.
Here we go with the board leaks! 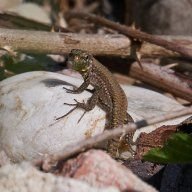 Here is a review of the Asus z390 board, seems pretty useless tbh but I just skipped over it.
https://www.pcgamesn.com/asus-rog-s...hmarks#nn-graph-sheet-hitman-dx12-1080p-ultra
Reactions: Rankless 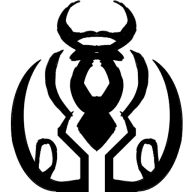 Preorders are live at Amazon and Newegg

One thing I want to mention. Anyone notice the line “ up to 40 pci lanes” in the specs sheet? I see it on amazon’s details but haven’t seen that on any motherboard reviews, might just be a typo. 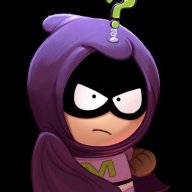 Damn Newegg they did this same thing when the 8700k was first released, they used to be good at keeping their prices at the MSRP I guess not any more.
I

Last edited by a moderator: Oct 4, 2020
Reactions: ExplodingWaffle101, Rankless, rfarmer and 3 others

Gigabyte Z390 Aorus Pro WiFi is the first board other than Asus to offer a USB-C front panel header, it is Gen 1 but they also offer a Gen 2 USB-C on the rear IO. I know @Necere will be interested in this since he has been watching for other itx motherboards to offer the front panel header.

This would be my pick if I wanted a gen 9 setup.
I want to see what 7nm offers, no tangible gains for me with any of this........
As for the prices, Intel can go suck eggs

Actually I'm interested to see the block diagram for Asrock Z390 ITX board o_o how have they managed to have 2 M.2 connections and thunderbolt on the same board? (are they all from the PCH? o_o)

rfarmer said:
Gigabyte Z390 Aorus Pro WiFi is the first board other than Asus to offer a USB-C front panel header
Click to expand...

edit: okay, that's a little hyperbolic. The native Type C header does offer the advantage of not requiring any extra electronics in the cable (which running Type C off the 19pin does), reducing cost and size. It's a start, at least.
Last edited: Oct 9, 2018 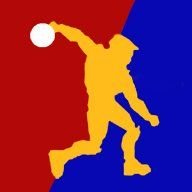 Has this been mentioned yet? Supermicro C9Z390-CG-IW 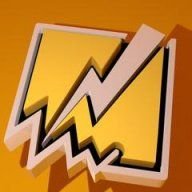 I've ordered the ASRock Z390i Phantom Gaming, but I'm pretty interested in more information on the MSI board and what the VRMs are like with that. It's considerably cheaper than the ASRock and Asus boards.


I'm also really disappointed in the Asus Z390 board, coming from a Asus B350i which I've found to be fantastic and it was reasonably priced, the Z390 offering just seems like an overly stylized and overpriced bit of kit.
Reactions: NinoPecorino

VegetableStu said:
Actually I'm interested to see the block diagram for Asrock Z390 ITX board o_o how have they managed to have 2 M.2 connections and thunderbolt on the same board? (are they all from the PCH? o_o)
Click to expand...

But I think on a desktop motherboard I've never seen Thunderbolt routed to the CPU. Am I wrong?
This on the ASrock (that is just a Z370 Fatal1ty with different heatsink) is always only 2 lane.

I've checked carefully each Z390, and for now the best, in my opinion, is the Gigabyte. MSI went cheap with Audio and WIFI module.
Reactions: VegetableStu

For all the mad people thinking of 9900k ITX

What's the point of tthe massive aluminium VRM heatsinkblock if the surface is not formed into fins?
Reactions: fabio
R

I'm new to PC BUilding. So which Z390i should I go with ..?? Do they really make a difference other than the ports ? I'm looking for the best audio and WIFI possible. Im planning to get an i5 9600K pairing with a RTX 2070. Thank you very much.

TweakTown has posted their review of the ASRock Z390 Phantom Gaming-ITX/ac following up their preview of it. It earned their top Editor's Choice award and seems like one of the best of all Z390 boards, not only of the ITX boards.

This board is available on sale through tomorrow for $150 on Newegg after rebate.

Strong VRM: The VRM on the Z390 Phantom Gaming-ITX/ac is using Intersil's latest Smart Power Stages with exposed metal on the top, and it makes a big difference. It makes such a difference that this motherboard's backside VRM temperature is 3C lower than the Z390 Taichi, which not only has a better VRM heat sink but also larger VRM PCB area for heat dissipation on top of more phases. These results are from stock operation, but we didn't expect these results. We are shocked in a good way. However, we did have active cooling in a standardized environment, so do ensure proper VRM cooling in a tight ITX case.

WIFI, Thunderbolt 3, and HDMI 2.0: ASRock added WIFI to this motherboard, and in this case, they didn't use a 1x1 controller limited to 433Mbps and instead used Intel's latest 1.733Gbps controller. While we get the low power variant of Thunderbolt 3, it's still a nice feature to have. We also get HDMI 2.0 on this motherboard, so streaming 4K content is easier through the internal iGPU.

Dual M.2: ASRock made sure that the motherboard carries two x4 PCI-E 3.0 M.2 slots, one is on the rear, and the other is on the front and has a heat sink.

USB port colors: All the rear IO USB ports are the same color, so you can't tell which are USB 3.1. Thankfully there is an IO shield with labels.

We really like this little monster of a motherboard. It's feature packed, has excellent connectivity, and really is all around good. We had a hard time finding things not to like, there is the low power TB3 controller that operates on half the PCI-E lanes of the full speed one, but how can we complain about a motherboard with so many other features under $200?

We did read online that the WIFI isn't Hackintosh compatible since it's the newer Intel WIFI, but that card in itself is an upgrade over most WIFI modules we find these days as it's the latest Intel WIFI card. Audio is top notch, ASRock added in a lot of features, and they didn't skimp on VRM quality. Those five phases for the main CPU handle the 9900K at stock with ease and let us overclock to 5.2GHz and pass our tests. If you are looking for a fully loaded mini-ITX motherboard with a lot of bang for the buck and the ability to properly handle a 9900K, give the Z390 Phantom Gaming ITX/ac a look.

The Bottom Line: ASRock's Z390 Phantom Gaming-ITX/ac is one of the best mini-ITX motherboards we have seen, we actually believe it's underpriced at just under $200.
Click to expand...

The thermal resistance is stated at 10.7°C/W which is lower and at 400LFM of airflow you have 9.3°C/W. With those sort of numbers you'll end up with ~60-75°C . Once again I would caution following these thermal resistance numbers since they assume a large PCB to dissipate heat. However it is quite apparent the Phantom ITX is a superior board not only due to 5 PWM phases but also due to the higher efficiency.[/URL]
Click to expand...

It would be interesting to find a comparison between all the Z390 mobo. (ASUS, ASRock and Gigabyte).
Reactions: fabio

deadline said:
Would any of you lot put this thing (i9) in a Dan A4/Louqe with air cooling?
Click to expand...

I could do that! (Waiting for the Black Ridge!!)

SFF.Network The first Intel Z390 board has been revealed, by ASRock

News Asus Maximus Gene XI - The Return of the King