The SynJet Project - It sucks and blows

A year ago I had looked into alternative air cooling options for GPUs since I wanted something quieter than the blower fans on my reference 980s but since I'm running SLI in a small case I still wanted them to exhaust out the rear and I came across these interesting air movers called SynJets, developed by a company called Nuventix (which was acquired by Aavid Thermalloy)

Here's a overview of how it works:

Basically, it's like a pair of bellows, a diaphragm inside the unit oscillates back and forth and on the downstroke it moves quickly and expels a high-velocity burst of air out the nozzle, then on the upstroke it moves slowly to intake air into the chamber.

This has a few advantages, namely the lack of bearing that will wear out and more compact form factors.

The main question I had was noise level and performance and since there wasn't an easy way to mount one to a GPU I put the idea on hold.

But recently @Tek Everything reviewed the Corsair H5 SF and a major complaint he had with the unit was the blower fan was way too loud, even at idle. There's not too many fan replacement options due to the form factor of the radiator though, which was originally designed by Asetek to be used with 40mm fans so it could fit in a 1U server chassis.

So I started thinking if it would be possible to combine one of these SynJets with the radiator from the H5 SF:

It seemed feasible and I had been curious about using these things for SFF cooling for some time so I went ahead and ordered two for testing.

Here is one next to a 120mm Gentle Typhoon

Next I had to crimp pins onto the wire harnesses (which are sold separately BTW) so they could be plugged into a motherboard header.


This is a rough noise comparison between the Noctua NF-P12 PWM and the Aavid Thermalloy SynJet XFlow X42 12V PWM.

Note: This was recorded using an iPhone 6 from ~250mm (10in) away. The ambient noise level was pretty low so the white noise you hear (especially in the SynJet at 50% clip) is just that, the noise floor of the microphone.

Not the quietest or smoothest sounding things in the world but not terrible, especially at lower speeds.

One interesting thing I noticed about them during this testing is the airflow is very focused. At about .5m away the "beam" of air is only about .25m across. Measured perpendicular to the plane of the nozzles.

Even with the SynJets at full speed the CPU would thermal throttle after several minutes of Prime95 Blend 8-threads, though only to 3.6-3.8GHz from the normal 3.9GHz. Ambient was ~20°C and the CPU was getting to 78°C. This arrangement is far from ideal though since most of the heatsink array isn't getting airflow from the SynJets.

So on to a setup more suited for the SynJets:

System specs:
After running Prime95 for ~15 minutes the CPU got up to 59°C at an ambient temperature of 23°C with the SynJets running at ~64% duty cycle.

Now we're starting to make progress! Of course this is with an open air setup but it's looking much better. I was worried after the poor performance with my M1 testing that these wouldn't work for anything but very low wattage chips.

Next step is to order a Corsair H5 SF so I can test it and take measurements in order to design a 3d printed bracket to mount one of the SynJets to it in place of the stock blower fan.
Last edited: Jan 1, 2016
Reactions: Soul_Est, Ceros_X, hat1324 and 4 others

GIven the very narrow air column these project, they aren't likely to be well-suited to heatsinks/rads designed for axial fans with a typical large frontal area. I think thin-finned heatsinks with tall, narrow apertures - like 1U/2U passive heatsinks and those used in blower GPUs - are ideal for this type of cooler. Watercooling rads aren't really great either, since they section off the fins between water channels.

Can you test the 92mm AIO both with the stock 92mm fan, and with no fan under the same conditions? That way we can get some idea of relative performance. 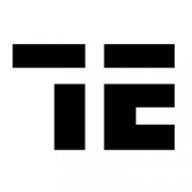 I have been eagerly awaiting your results. I agree that at 100%, it is a too loud. However at 50% it was fairly quiet. Is the airflow comparable to a blower style fan?

As Necere points out, these seem to be ideal for GPU blower replacements (like you also concluded) and long cooling paths. Radiators are the opposite though, so we shouldn't be surprised it isn't breaking any records.

It's time you hack up that reference Nvidia blower cooler !

Necere said:
Can you test the 92mm AIO both with the stock 92mm fan, and with no fan under the same conditions? That way we can get some idea of relative performance.
Click to expand...

I had tested with the stock fan to verify the block was mounted correctly but forgot to write it down. I'll retest this afternoon along with no fan.


Tek Everything said:
Is the airflow comparable to a blower style fan?
Click to expand...

No? The SynJet at 100% doesn't put out nearly as much air as a typical blower fan at full blast but it's also not as loud. The airflow from the SynJet is much more turbulent though and is supposed to interact with the heatsink more and pick up more energy or something like that (obviously I'm not a fluids engineer).


Phuncz said:
It's time you hack up that reference Nvidia blower cooler !
Click to expand...

I won't know until I test it but my suspicion is that the stock Corsair blower fan has way too high of a minimum RPM rather than the fan on the card being particularly special.

Edit: Nevermind, I see that you're talking about using these on a video card. The rated TDP for the dual cooler heatsink it's intended for is only 103W-110W (depending on the surface area of the LED heat source) at full speed: http://www.aavid.com/led-cooling/led-cooler-l100-180

I'm referencing the spec sheet, the page says 174W but I'm not sure where that figure comes from and it seems optimistic from my testing so far.
Last edited: Jan 2, 2016

The video expects the main volume of air through the heatsink to be from entrainment, rather than direct emission. It may work better to have the Synjet at a 10-15cm gap from the heatsink, possible with a duct to reduce air spillage and encourage the entrained air to flow through the heatsink.

I noticed when testing them on the Noctua C12 that they need to be at least 20mm away, otherwise the air noise goes up quite a bit.

The smaller XFlow X30 has one setup where it's a long linear heatsink and there's a small gap between the cooler and the fins: http://www.aavid.com/led-cooling/linear-led-cooler-30w

All the X42 setups though have the cooler mounted directly to the heatsink: http://www.aavid.com/led-cooling/industrial-led-cooler-r150-170

I'm not sure whether it's because a large gap is unnecessary or if they didn't do it because of space constraints.

Ok, did some more testing today.

Same hardware as before and all testing in this run is 15 minutes of Prime95 Blend test w/ 4 threads. Ambient was ~23°C.


Code:
The system did lock up a few times when I accidentally left Prime running for 20-30 minutes but it didn't seem to be temp related. I just threw this test setup together and this particular motherboard has been used and abused.

Once again I noticed that the airflow from these SynJets is very focused, I only felt a little bit of air on either side of the radiator and almost none above it. Temps back this up with pretty much identical results to having the SynJets right up against the rad.


And here's the ducted 100m spaced setup (I just scooted them forward for the 45mm ducted test):

So as can be seen from the results, ducting actually results in worse temps and higher duty cycles than unducted. Very interesting. My guess is that since the units both intake and exhaust from the nozzles, the ducting is limiting the amount of fresh air they can intake.

Aibohphobia said:
So as can be seen from the results, ducting actually results in worse temps and higher duty cycles than unducted. Very interesting. My guess is that since the units both intake and exhaust from the nozzles, the ducting is limiting the amount of fresh air they can intake.
Click to expand...

That would be my guess as well. I do wonder, seeing the Nuventix video at the top of this thread, if extending plates between alternating exhausting and ingesting ports would improve their performance at all...it'd be similar in concept to end plates or blended wing tips separating high and low pressure zones on a wing. It would be something like an open duct.

I thought about that but none of their heatsinks are designed that way and they would know.

Couple of questions:
- Do you notice any noise from turbulence or when the air is being pumped in and out ?
- The noise we heard in the video, is that the actual diaphram or the air movement ?

I'll be doing a bit more testing later today before I disassemble the test rig and check.

It's hard to differentiate but the noise seems to primarily be coming from the unit itself, from the diaphragm oscillating. That droning noise in the first video is definitely from the unit and not the airflow.

Like I mentioned, when the units are within 20mm of a surface then there's a noticeable increase in air noise, like when you put a normal fan up close to a solid surface.

So from what I understand, the next logical step would be to develop something that seperates the intake and exhaust airflows, to get a pulsing airflow in a single direction through the heatsink fins. Something like a check valve could be interesting for this, maybe made from a thin, flexible sheet of plastic.
It might even be possible to make the whole duct out of something like this, so the main air mover would pull in air through all those valves and then push it through the heatsink.

I think the 3-lane concept of the blower and the 3-lanes of the heatsink already match very well. Sucking in air would be like a second cycle of airflow.

I think the video is of an old design because I just checked and all the ports are both intake and exhaust.

Site maintenance took longer than expected so I'll do some more testing tomorrow but I really hope the SynJets work because I would never stand for this thing in my build.

The Corsair H5 ? Hmm that's not good, it'll mean Corsair's first step into proper SFF will be disliked with a loud cooler and an ugly case. Now let's hope their PSU isn't 'strike 3'. It goes to show most case companies don't get SFF.

Mike Chin at SPCR uses a dummy CPU for testing heatsinks so that (among other things) he doesn't have to worry about borking an actual CPU if it can't cool. I don't know if the one he uses is controllable for wattage, but it sure makes an apples to apples comparison possible between sink/fan combinations.
Show hidden low quality content
You must log in or register to reply here.
Share:
Reddit Pinterest Tumblr WhatsApp Email Link