Just got the new Kaze Flex 120 Black 1500 RPM - mine spins up to 1646. Got it as a case fan for a new build but decided to compare it to a Noctua A12x25 as the upper fan on a L12 Ghost Edition dual downdraft with an A9x25 fan under the cooler on an Aorus B550 ITX MB with a 4750G APU build with 32GB Ram in a 5.9 liter Yiluka YLK-01 case with no space for other fans. I ran the Blender classroom render and Unigine Valley to stress the entire CPU/GPU of the processor. The temperatures in CPUID HWMonitor after completing the 10 minute render with Unigine Valley also running were identical on all 5 MB sensors, the pkg temp was 1 degree lower on the Kaze Flex, and both NVMe drives had identical temps. The render with the Kaze Flex took an additional 7 seconds to complete. This dual fan setup has counterrotating fans as in the Scythe Fuma II cooler. I then also tested the cooler with the Noctua A12x15 fan that performed slightly worse overall. Both fans had individual MB fan headers & were set to read the CPU temp & could rotate up to their max speed. Below are actual temps in a 21C room.

I'm actually surprised the A12x15 kept up as well as it did. Thank you for posting this.
M

Pagusas said:
I'm actually surprised the A12x15 kept up as well as it did. Thank you for posting this.
Click to expand...

You are most welcome. 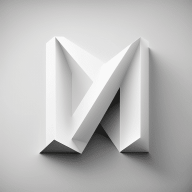 msystems said:
So this is the 25mm Kaze right? Because they also make a 120×15 which looks pretty nice and I wonder how it compares to the A12×15
Click to expand...