Every couple days I think maybe I should write an OpEd for SFFN about why DVI needs to die.

I know people like to bring up the cost issue, but an HDMI to single link DVI is about the same price as the obsolete DVI-I to VGA adapters they already include in the box, and active adapters aren't really all that expensive (seriously, if you can afford a few hundred dollars for a fancy new video card or high res monitor, $15-20 isn't that steep, and you really only need dual link DVI for the cheap Korean monitors because all the major brands tend to have both HDMI and DP)
Reactions: Mtthwmths and Soul_Est

HDMI ports have no place on GPUs. DP++ obviates its existence completely (a passive adapter allows a HDMI cable to plug in, and the DP++ port is electrically HDMI). It also encourages manufacturers to use HDMI for desktop monitors, which is just a terrible idea for everyone: HDMI is great for AV, but bodging it to work outside of the rigid AV standard just ends up in headaches.
DVI sticks around because no other port can output dual-link DVI (because HDMI B effectively doesn't exist), and it does double-duty as a VGA output (which no other port can do) which is sadly still a requirement. Sticking it on a ribbon makes it easy to remove, but you have signal integrity issues for the high-bandwidth dual-link use it is needed for.

Ideally, mini-DP is the only port you need, as it is equivalent in capability to a full-size DP port, can support DP++ (so is a HDMI port too) and packs in more tightly than DP leaving more backplate area for ventilation.
Reactions: Soul_Est, Phuncz and jtd871

I would tend to agree HDMI has no place, but it's too ubiquitous to get rid of now. Maybe a GPU maker could get away with not having an HDMI port and shipping a passive adapter, but I doubt a monitor company could get away with not including an HDMI port without losing market share. Though, honestly, as non-ideal as HDMI is, especially for higher resolution and higher FPS monitors (where HDMI struggles yet DP is ahead of the curve), my main gripe is that Dell seems to be the only company with a DP output port for MST chaining.

As for DVI and VGA, I can still understand their presence on PCs for cheap office monitors and projectors which work just fine and aren't getting replaced any time soon, but they have no business being on a high performance card touting performance well in excess of the capabilities of the interface.

Speaking of DP, though. I wonder if we'll ever see anyone using USB type-C to carry DP traffic. i think I've seen it on a couple tablets, and it might not be necessary for video cards, but it could save some space on motherboard rear I/O, and it'd be kinda neat of someone made a motherboard that can provide enough power to a monitor over USB and a monitor that can accept that power in lieu of a power brick.
Reactions: Biowarejak

We've seen USB Type C used on a couple of boards for Thunderbolt 3 with DP output (and on the Skulltrail NUC), but I haven't seen it on any GPUs. While slightly smaller than mini-DP, it loses the DP++ <> HDMI passive adaptation capability. While Type C has an MHL Alternate Mode, it does not (at the moment) have a HDMI Alternate Mode.

EdZ said:
Ideally, mini-DP is the only port you need, as it is equivalent in capability to a full-size DP port, can support DP++ (so is a HDMI port too) and packs in more tightly than DP leaving more backplate area for ventilation.
Click to expand...

mini DP doesn't have the locking feature though, which I find to be quite reassuring on full-size DP ports. I have no problem with DVI in general, sometimes the option for raw analog output can be useful when debugging hardware problems.

When talking about USB C-Type, couldn't a VGA and/or DVI alternate mode be implemented so all we need on GPUs in the future are 3-6 C-Type connectors?

Mini-DP can have a latching mechanism, it's just part of the cable boot rather than the metal shroud: cable, card
Reactions: Phuncz and iFreilicht


We probably won't see Type-C on video cards because DP 1.3/1.4 is higher bandwidth, DP is meant for displays, and DP is royalty-free.
Reactions: Biowarejak, Phuncz and iFreilicht

So I stopped this build last summer as life got busy and then as I heard about more and more suitable hardware being released, I decided to wait to complete it (namely the HDPlex 160 Direct Plug). Now that I've received that as well as the new copper coloured riser for the S4 mini I've finally found the time to complete this build.

So firstly you can see the new HDPlex 160W Direct Plug minus the mess of SATA cables that it shipped with:


And here you can see the polarized C7 plug I left the build with last, now cabled and crimped with the correct hardware:


First step of the completion of this mod was to remove the lowest four studs from the front of the S4 bezel so they didn't interfere with the mounting of the HDPlex 160W AC-DC unit:

Next adding in motherboard and riser:


You can see how tight the motherboard and the casing of the HDPlex AC-DC are. < 1mm of distance between them to eyeball it:


Slightly better spacing between the 1050ti and the AC-DC. Enough that I hope there won't be impedance of airflow around the GPU


Plugged in and powered on for the first time and nothing seems to be smoking:

The last bit of this build is making it portable. I plan to take it with me when I travel to visit friends as well as to and from my office when I want to game instead of work. As such I've gotten the perfect case for the purpose:

Nanuk 935 is carry-on friendly and just the right size for the S4 Mini for anyone interested:

Very cool, glad to see you're finally done! Why did you decide to switch from a LP GPU to a 150mm one? Noise, availability?

Availability mostly. The LP is probably better for this build, but without knowing when a 1050ti would be available in LP and with the 1050ti being so much better than the 950, the EVGA kinda felt like a no-brainer. Noise isn't too big an issue for me since I normally play with headphones or with the sound loud enough that I wouldn't hear the fans anyways.
Reactions: Soul_Est and iFreilicht

Wow, magnificent end result ! I like the polarized C7 connector, a rare sight !
Would there be room for keyboard and mouse inside the case too ?

Yes. There is a whole other layer of foam above the mini in which you could easily fit mouse, keyboard, headset, etc. The foam in the top allows you to place the base parts for your monitor and then when you close it said foam acts to protect the surface of the screen. I'll post more pics later so you can see the layout.
Reactions: Biowarejak, Phuncz and Soul_Est 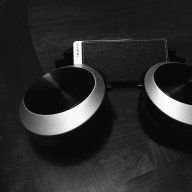 I just stumbled across the NFC YouTube channel and had my mind blown by that GTX 1080 video. I've been looking for a smaller case (currently have a SilverStone RVZ01) and I think the S4 Mini is just what I'm looking for. I've got beef against external power bricks so this is almost the exact build I'm interested in.

How much room do you have left between the 160W AC-DC and the GTX 1050 Ti? I saw HDPlex is coming out with a 300W AC-DC w/PFC and in combination with the 300W DC-ATX you could run a pretty nice system with a GTX 1060. I just imagine with the space constraints you're already facing that it might not be possible to cram all of that in the S4 Mini.

The problem with the new 300W isn't going to be the height (will be 41mm as well), but the width which as of the last set of spec drawings we received will be 62mm. The inner width of the S4 mini is 57mm, while the outer is 63mm. The only way I could possibly see managing to cram a 300W into this enclosure would be to cut out the inner case where you want it to fit and that MIGHT buy you just the amount of space you need to screw the side panels back on, but it would be a very very tight fit.

The one build I could see this combo working in (and I may try it myself) is if a 150mm RX Nano is released. Considering this was the length of the original R9 Nano, it's not unreasonable to think they might repeat on producing another card in this form factor. Hypothetically you could do the exact build I am talking about with an RX Nano and an HDPlex 300 and have what will likely be a 1080's power in a completely enclosed case.

Very nice! Only thing that could make it better would be to replace all the yellow wires with orange ones :V

Can you list what model Acer monitor you use for those who want to copy your portable setup?

Worth noting is that all of the monitors I could find in this size (20.7") seem to only have DVI and VGA cables and no HDMI or DP. This may or not be a deciding factor for you, but I just thought I'd advise. I chose this one because it had the best refresh rate of what I found. There is no 21.5" monitor that will fit in the lid of this case unfortunately, I searched for hours and actually bought two because I thought that maybe just maybe they would fit. 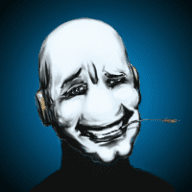 Thinking about copying your exact build, though I am a bit concerned about how tight the AC-DC is against the motherboard, would have to make sure that fits the board I get first. Is the gap between the GPU and AC-DC affecting temps at all?

There is no perceivable problem with temps of the GPU due to proximity to the AC-DC and I've been running the system fairly hard playing For Honor. As far as the AC-DC against the motherboard, if you wanted to force the cables on the one end of the AC-DC into the bottom of the case as far as they will flex and use a stronger tape like 4010 you can easily create another couple mm. The proximity doesn't worry me and I don't want to put a ton of unnecessary load on the wires on one end, so I just let the AC-DC sit where it kinda settled.
Reactions: Biowarejak