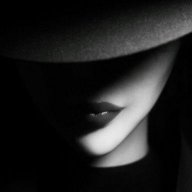 So this is most likely a question that has been asked a million times by now, but since I've basically always been an AIO person, I still wanted to ask this specific question to you all, the SFF community.

Although, for someone who's starting to get older and feeling less and less into the whole PC building, and the need for upgrading as often as I have done, I've started looking into the whole air cooling segment for the first time. The reason for this? Simply because of most people saying it's silent, without pump noise (although personally never had this issue or cared enough to notice it), since it is a moving part and hence does produce noise in some way. And the most important point, reliability. With an air cooler, you don't have the worry of potential leaks and hence water damaging your computer in any way. Only thing that could fault is the fans on it, and those are usually much easier to swap out, than an AIO (even though these are quite easy today as well).

So I've done some researching this afternoon and come up with 2 air coolers that I find interesting, the Noctua NH-U9S and the Be Quiet! Pure Rock Slim.
Now the latter has a TDP of 120W, whereas the former doesn't publicy say on their website. I'm currently using an AMD Ryzen 7 3700X CPU (stock) and won't be upgrading it for some time, as it's more than enough for my needs and on paper, has a very impressive 65W TDP (not sure how much of that is actually real life truth though).

IF I would be getting one of these to swap out for the reason(s) mentioned above, I will be getting two (2) Noctua NF-A9 PWM chromax fans to put on it, for that nice aestethics.

My question to all of you are, which one would you all go for? Considering that currently, the latter (Pure Rock Slim) is slightly more than half the price of the former (NH-U9S). Is it worth the extra cost, for how much more performance do you really gain?...

Also because during my research, I came across few posts where people mentioning they had some issues/troubles with the mounting of the Pure Rock Slim. Although once installed, it was very solid. But since I've never actually used an air cooler, I don't have any experience with them and hence reaching out to you people, with more experience with air coolers and their respective mounting solutions.

Both can cool 3700x no problem. NH-U9S would be few degrees (5-6) cooler. If you are going for a overclock go with Noctua, otherwise it doesn t really matter.
Reactions: Dawelio
E

The Noctua C14S is the best air cooler for the NCase M1. recently there's been a bunch of testing on this, it handily outperforms the U9S and the PR Slim.

ermac318 said:
The Noctua C14S is the best air cooler for the NCase M1. recently there's been a bunch of testing on this, it handily outperforms the U9S and the PR Slim.
Click to expand...

Thanks for the tip and it might. But unfortunately, I'm not a huge fan of down blowing coolers and it's even more expensive than the U9S. Almost three times the cost of the PR Slim.

B
Cooling CPU air coolers where you - hear me out - screw in fans! Instead of clipping on. I know right?